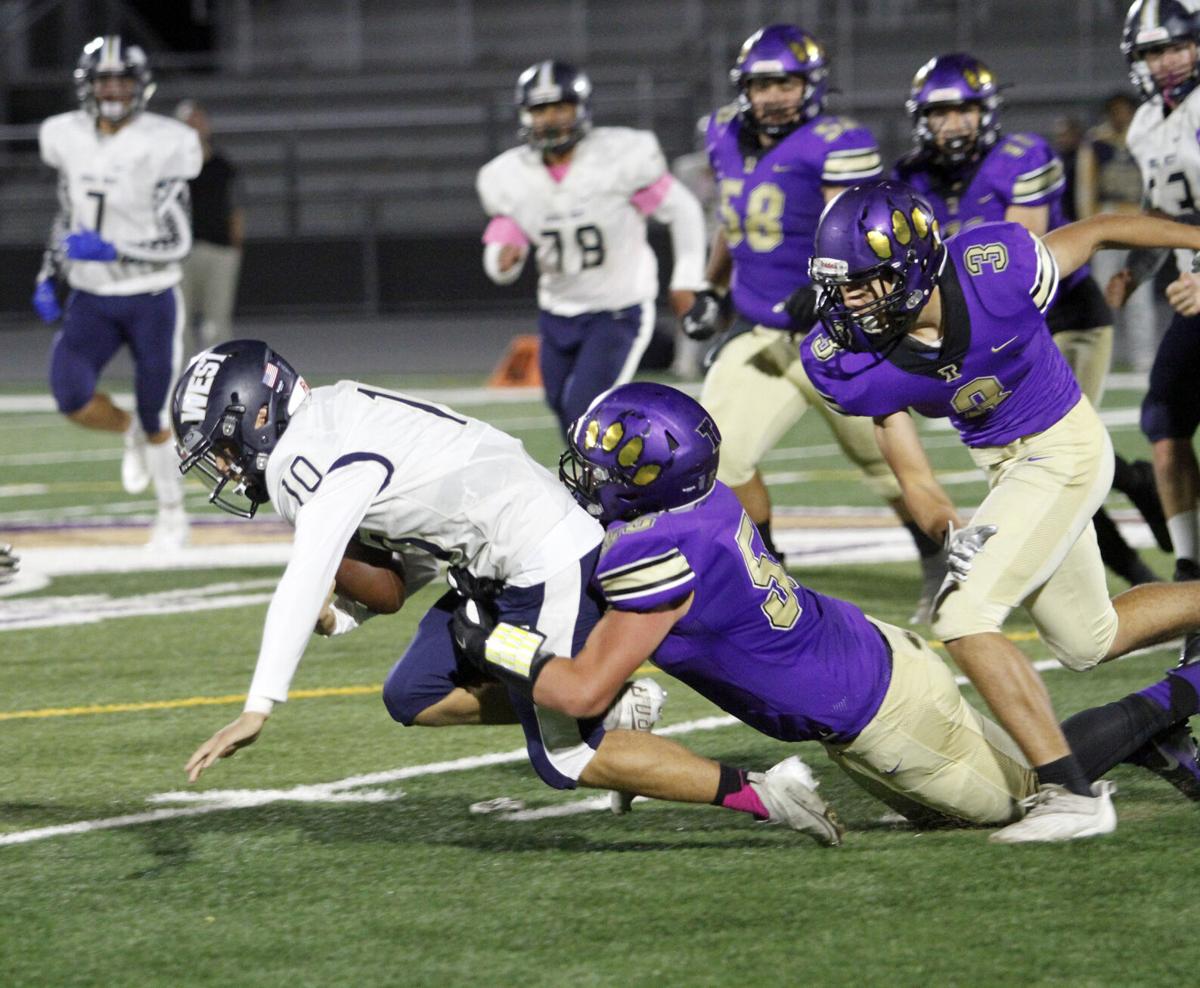 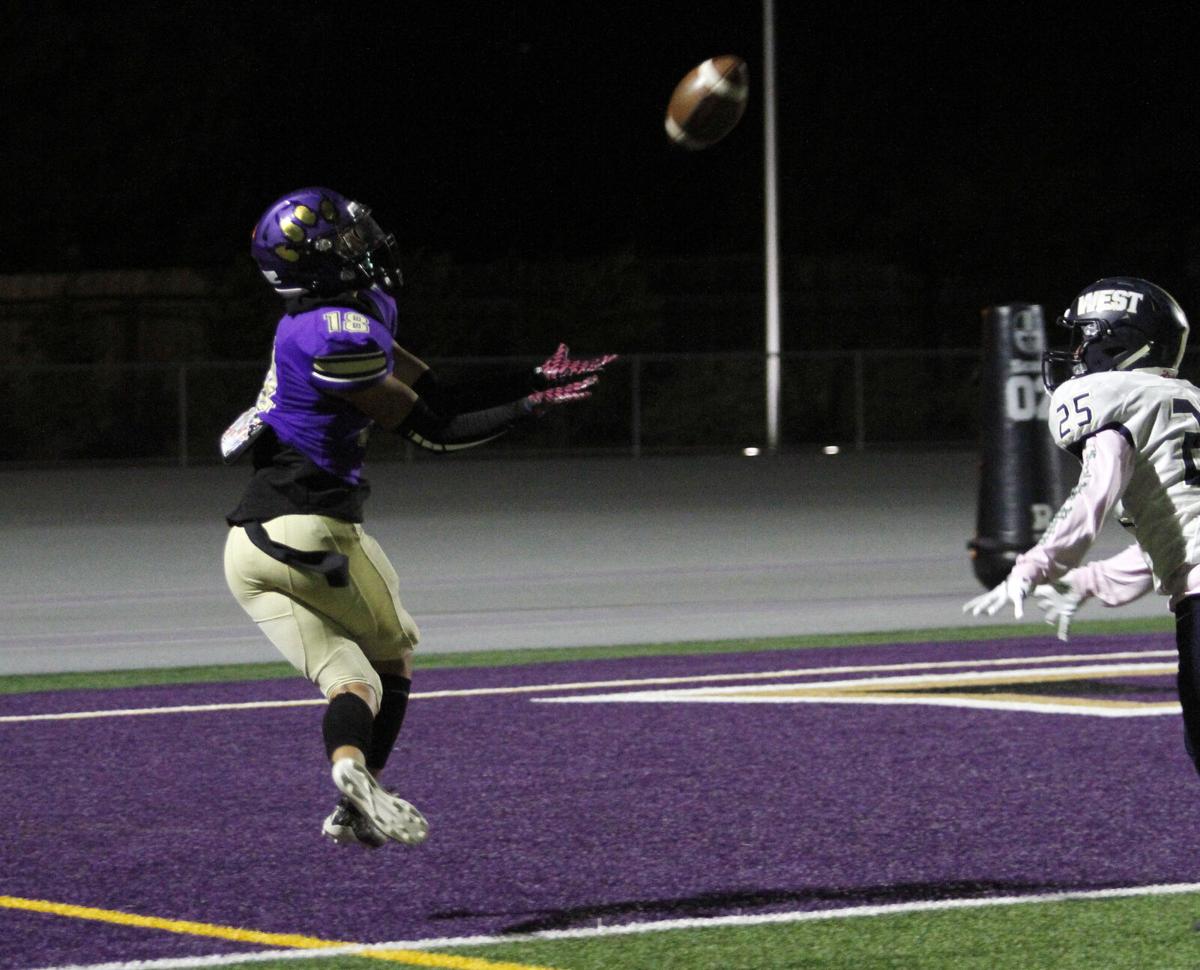 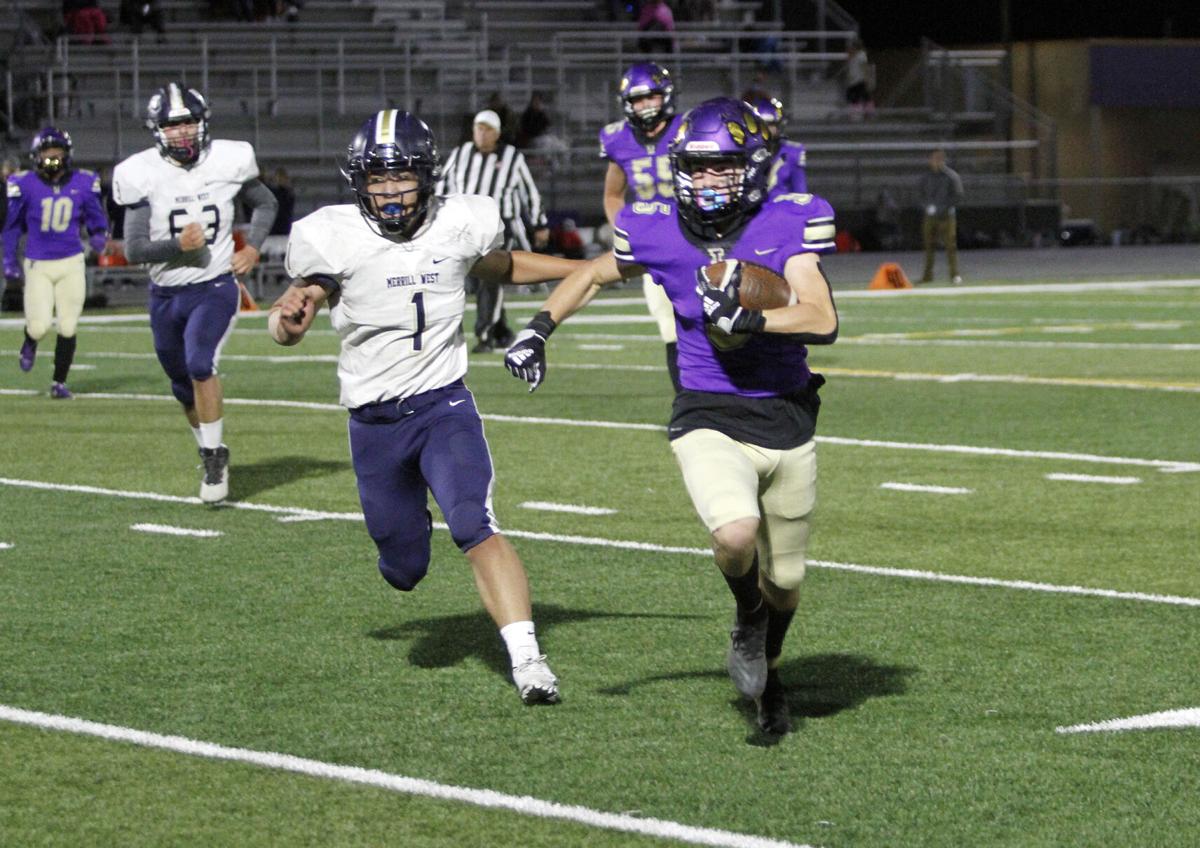 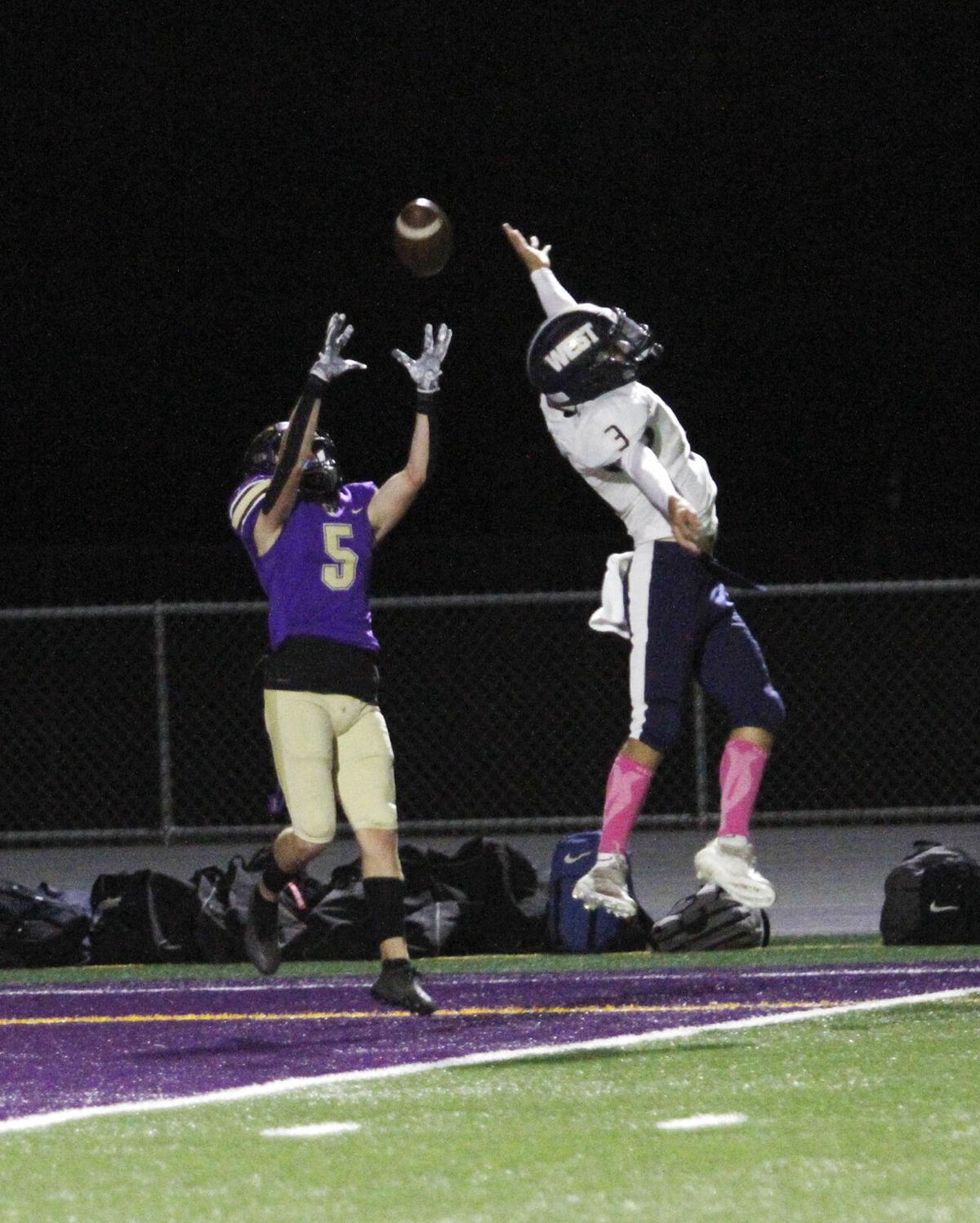 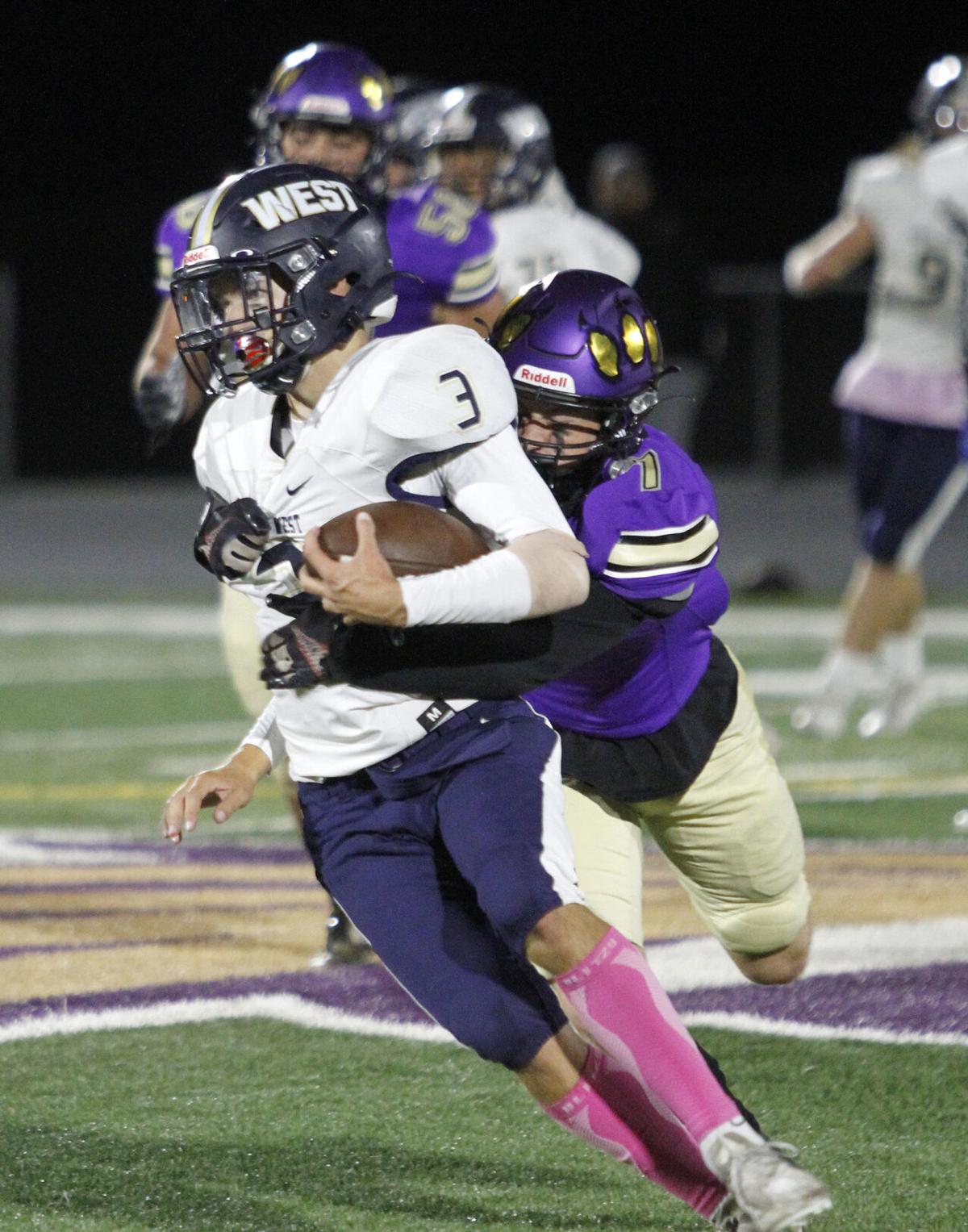 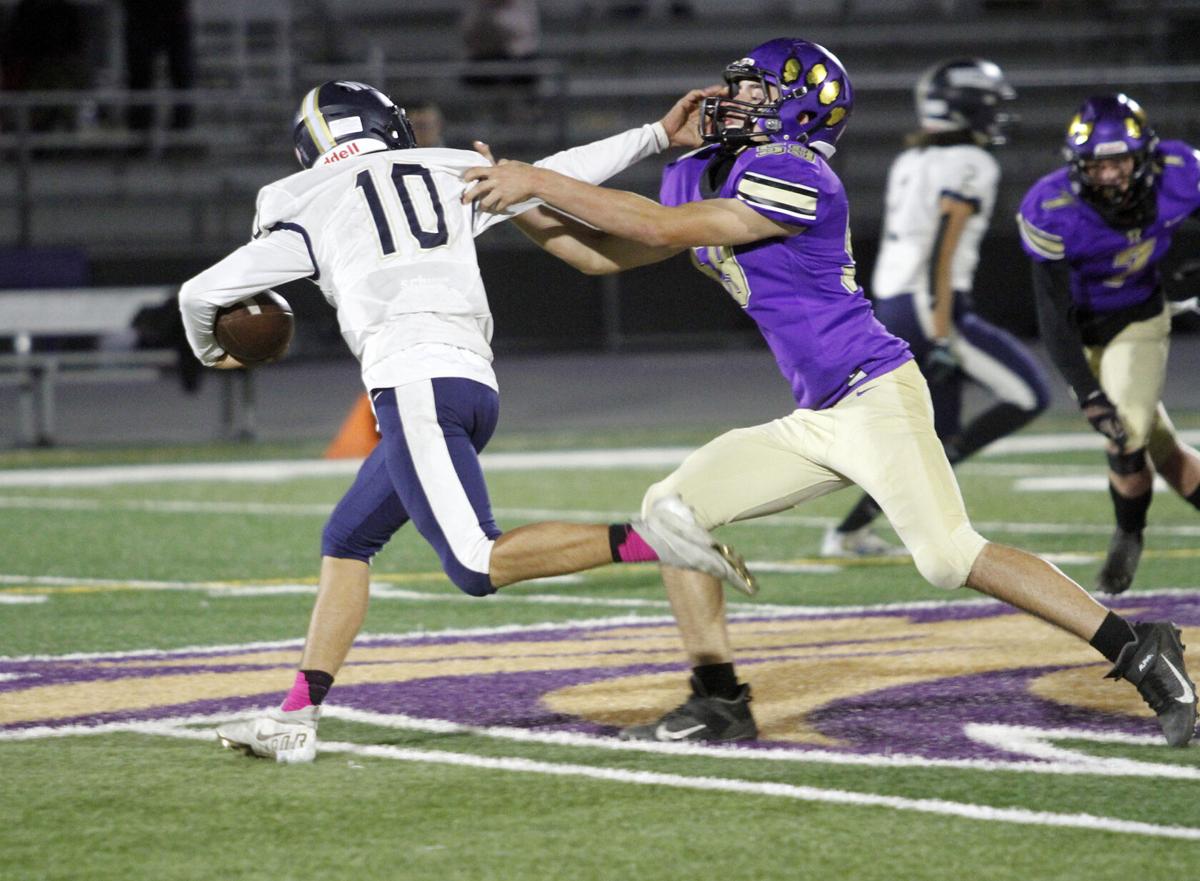 It took all of 13 seconds for Tokay High football to get on the board against West on Friday, and the Tigers didn’t slow down on the way to a 44-7 victory at Tokay’s Hubbard Field.

Tokay’s Barrett Crosby scored on a 54-yard run, going around the right end and cutting back to the middle, on the first play from scrimmage. Then he stepped aside with a thigh bruise for a number of other backs to take the stage.

That and a stifling defense gave Tokay coach Collin Rhoads a lot to be happy about.

“We put together a whole game. We didn’t let them back in,” Rhoads said. “That was kind of our talk at halftime was hey, they’re going to get the ball here, and if they score they come right back into this, so we need to stop them and put some more points on the board.”

West responded with a run-heavy offense with the popular play a halfback dive to Kyler Hickman. Tokay adjusted, and the play didn’t gain much ground after the first quarter.

“We saw they were doing the halfback dive a lot early on, so we fixed that,” said defensive back Xavion Moreno, who snagged two interceptions. “We told the linemen to not follow the blocks, just stay in their holes.”

When West did pass, Moreno and the defensive backfield were there to harass West’s receivers. Moreno jumped on a comeback route near the end of the first half, and snagged an interception in the end zone in the second half.

“They just wanted to pick on me because they knew he had size on me, but I already knew that I could compete with him,” Moreno said. “Because of my size. I’m not that tall, so teams always try to.”

Tokay went up 14-0 on a Branden Moreno pass to Isaiah Gee, and West responded with a 1-yard quarterback sneak for the Wolfpack’s lone score of the night.

Branden Moreno hit paydirt again at the end of the first quarter, finding Zack Filippini in the end zone for a 19-yard pass. A 2-yard Xavion Moreno touchdown run put Tokay up 28-7 at halftime.

“We had a lot of guys step up,” Rhoads said. “We had new guys in new spots, and a lot of guys made plays, and it’s good to get back on the winning track.”

Xavion Moreno started the second half with his second interception, which led to a long drive capped by an Elias Castro 3-yard touchdown run. In the fourth quarter, Gabriela Gonzalez drilled an 18-yard field goal for the Tigers, and Branden Moreno hit Marcus Mireles on a 21-yard pass over the middle for the final score of the night.

Ellias Castro led the Tigers with 65 rushing yards on 10 carries, followed by Xavion Moreno with 63 yards on nine carries and Crosby with 62 yards on three carries. Hickman led West with 64 yards on 15 carries.

Tokay will play at St. Mary’s next week.