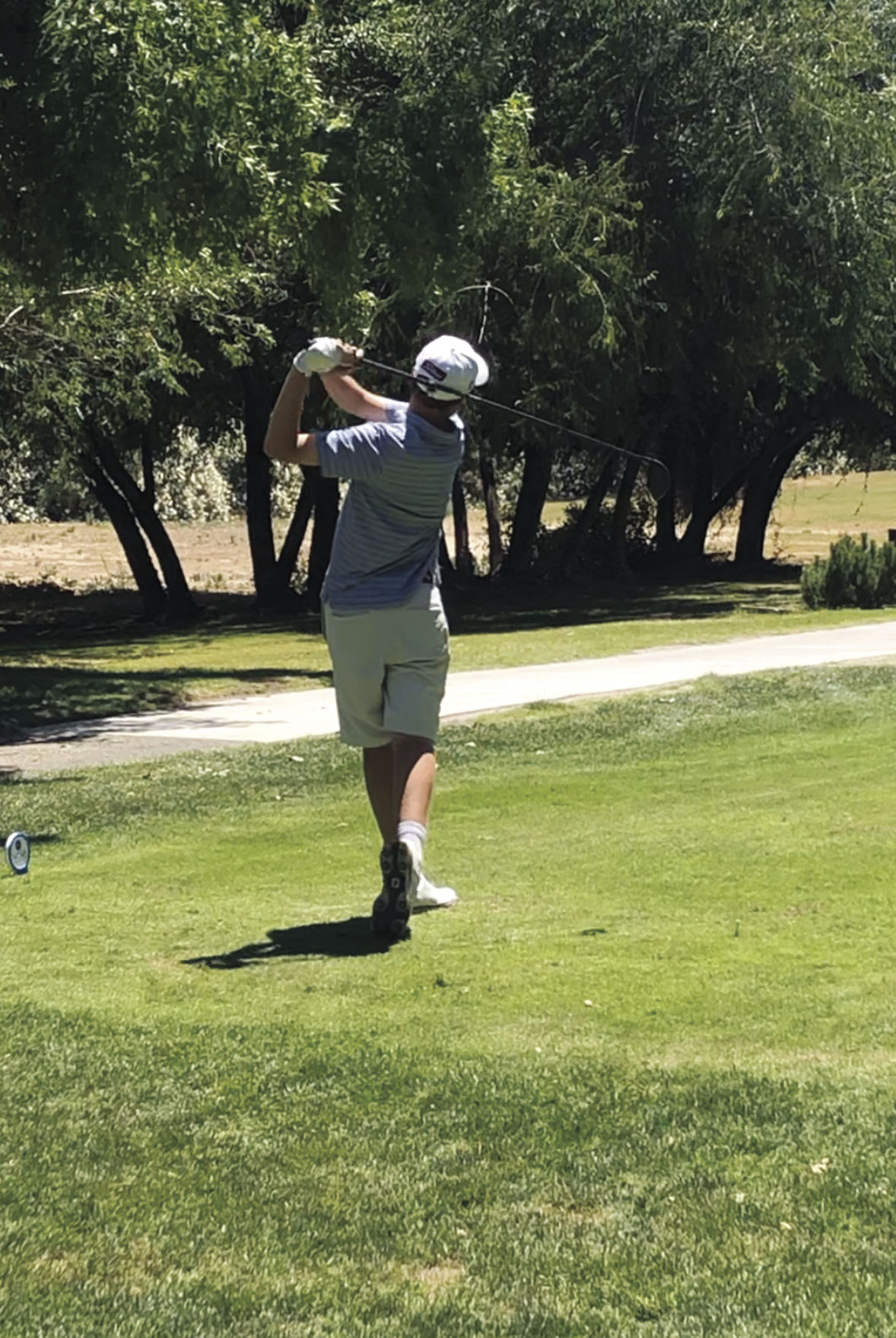 Jake Aberle tees off during the California Amateur Qualifier on Monday at Peach Tree Golf and Country Club in Marysville. 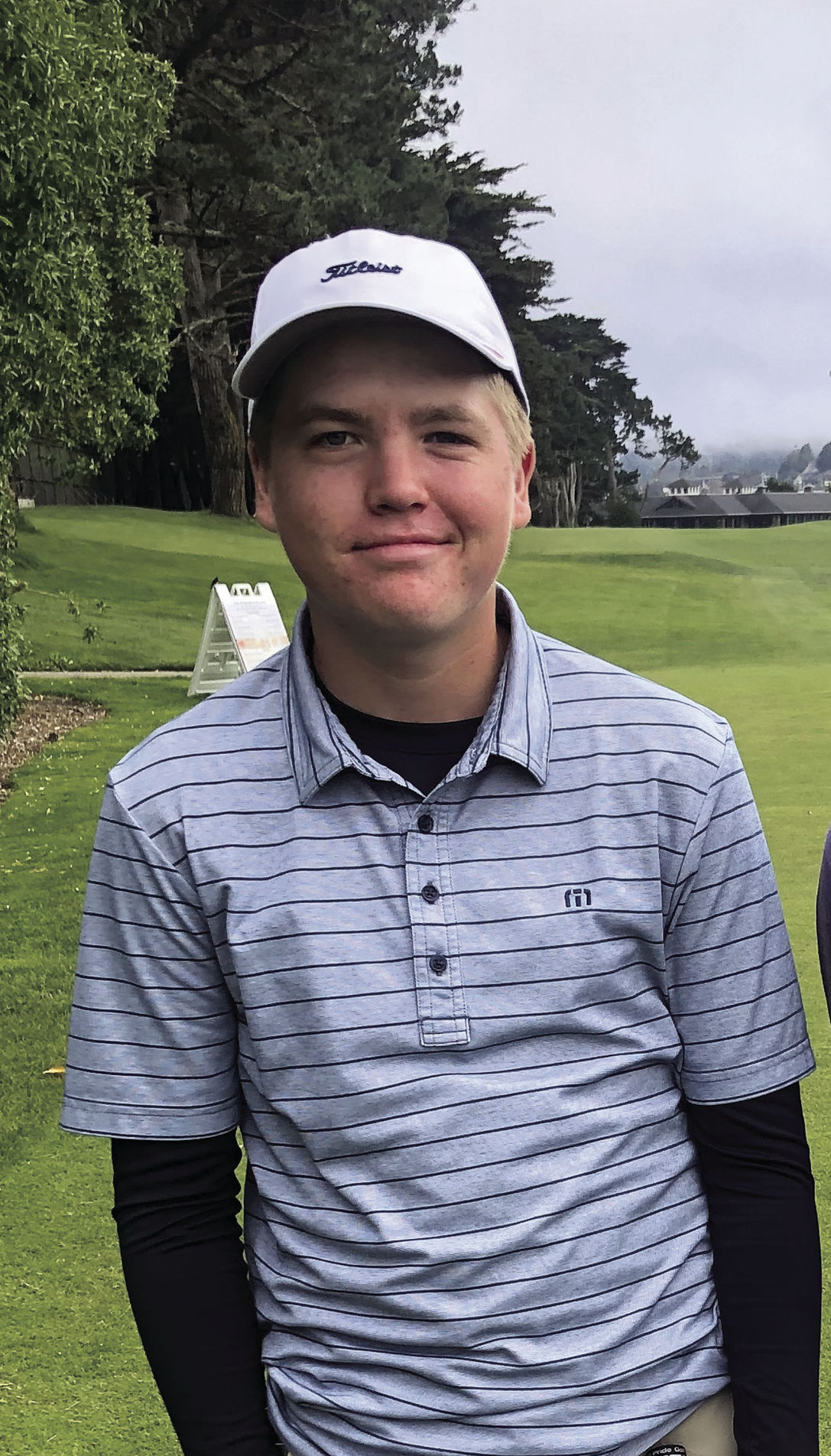 Jake Aberle tees off during the California Amateur Qualifier on Monday at Peach Tree Golf and Country Club in Marysville.

Jake Aberle took a big step in his young golf career on Monday.

The 16-year-old, a Lodi High student, shot a 2-under 70 at Peach Tree Golf & Country Club in Marysville to snag one of six qualifying spots for the 109th California Amateur Championship. Aberle placed tied for fourth out of 92 golfers along with Richard Yai of Fremont, behind Griffin Long of Davis (68), Jacob Westberg of Sacramento (69) and Joshua Diaz of Discovery Bay (69).

“It’s a pretty big thing, because that’s mainly playing with college players,” Aberle said. “And to qualify at 16 is pretty big.”

Dylan McDermott of Granite Bay and Guramrit Ghoman of Plumas Lake also qualified with 71s, while four others at 71 missed out. Other locals competing in the qualifier were Linden’s Ty Griggs, who shot a 73, and Lodi graduate Justin Gums, a golfer for Texas Christian University, who shot a 74.

Torrey Pines will also play host to the U.S. Open in 2021, meaning the top players in the world will play the same links that Aberle will, from almost the same tees.

“Getting to play Torrey Pines, which is hosting the US open next year, it’ll be cool to play,” he said. “It’s the same setup, playing against the best players in California.”

And yes, Aberle will absolutely be comparing his scorecard against the pros when they’re there next year.

The Peach Tree qualifier was the second of the NCGA tournaments — and players can only attempt to qualify once. In the first qualifier on June 22 at Riverside Golf Course in Fresno, two from the area competed — Aram Berberian of Stockton shot a 4-under 68 to qualify second, and Russell Humphrey of Lodi shot a 73 to fall short.

The third qualifier, Tuesday at Baylands Golf Course in Palo Alto, had no locals competing. The final NCGA qualifier is July 6 at San Jose Country Club.

Despite winds gusting to 20 miles per hour by Aberle’s estimation, he started strong with 5 straight pars. He birdied holes 6, 8 and 13, and bogeyed 18.

And through the entire round, strict rules were in place for social distancing to say safe in the era of COVID-19. Masks were required when social distancing was not possible, flagsticks were not to be touched or moved by hand, and foam liners were installed in the holes to prevent players from reaching too far in and touching the sides.

“We can only keep scores on your phone this time. I don’t find anything bad with it, it’s normal,” Aberle said. “You can social distance pretty well in golf. Everything but the cups are normal.”