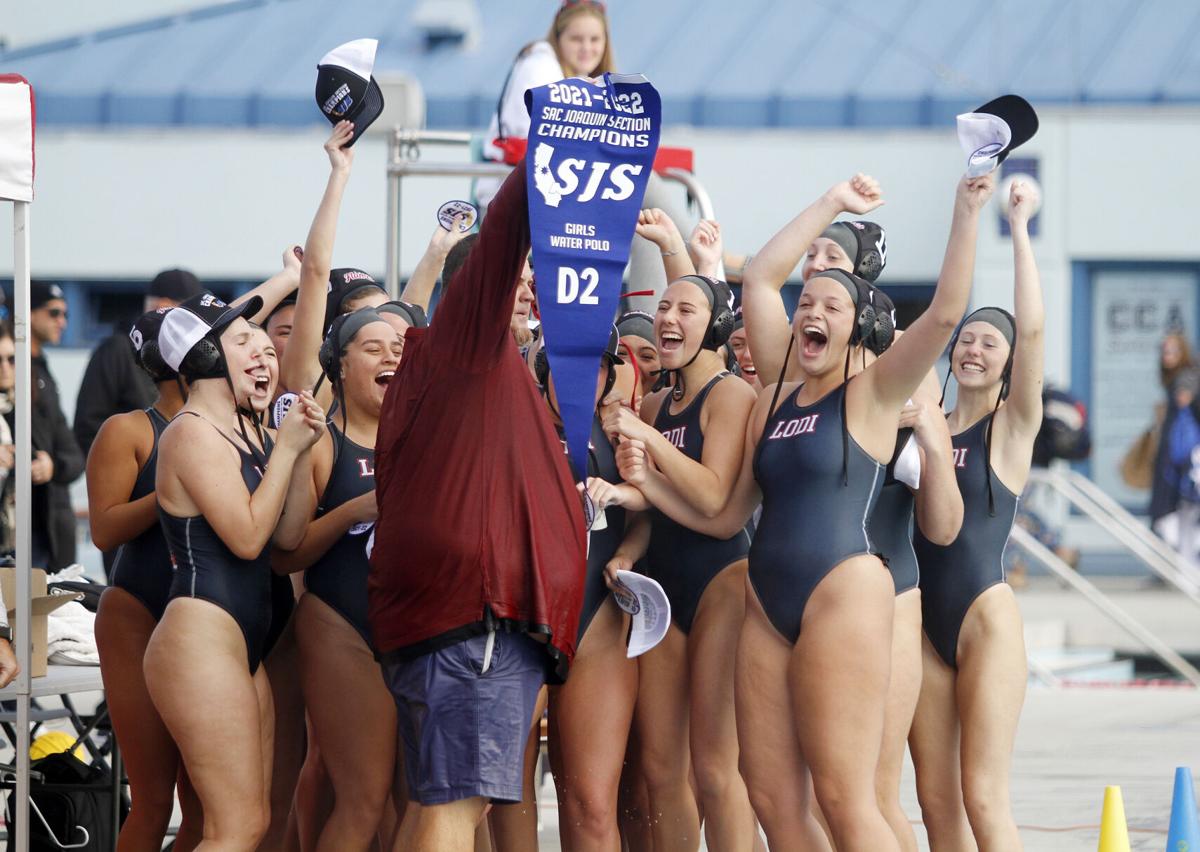 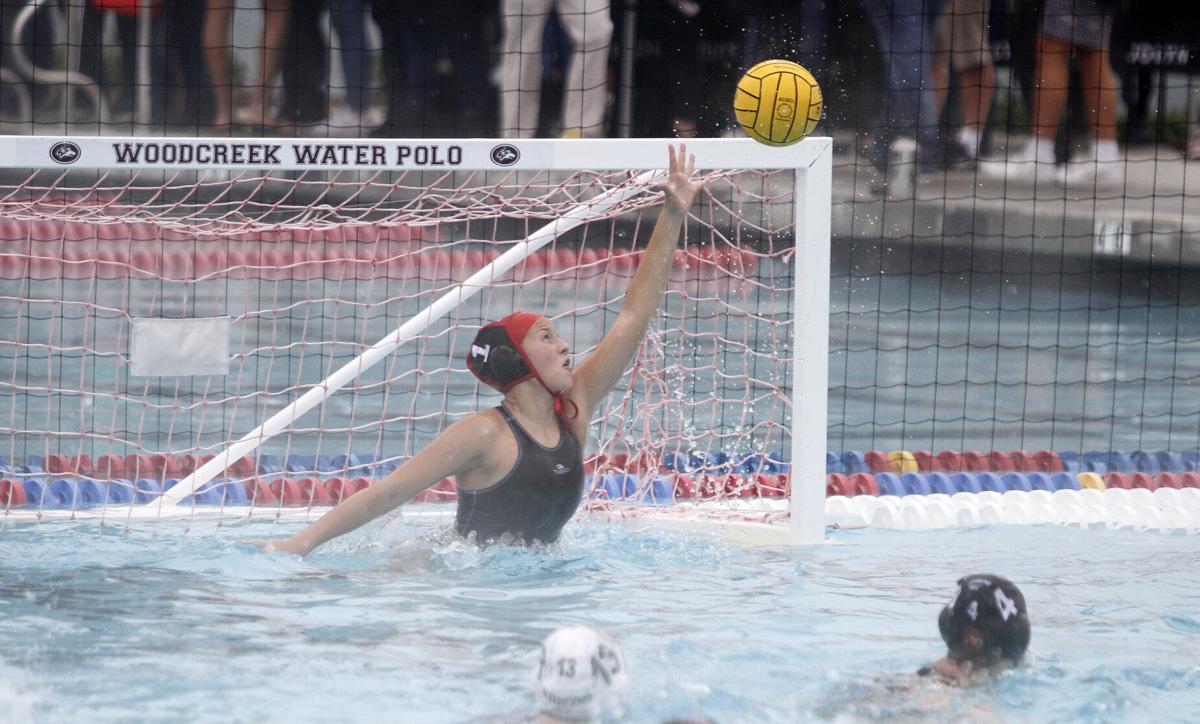 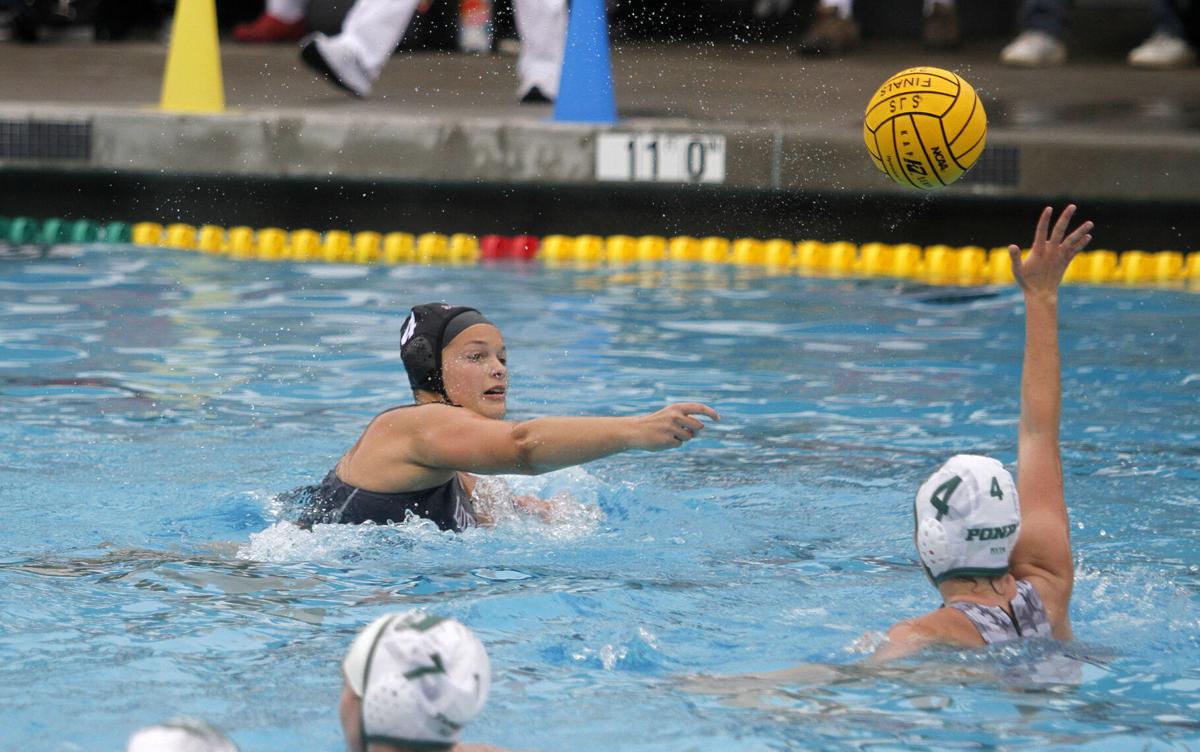 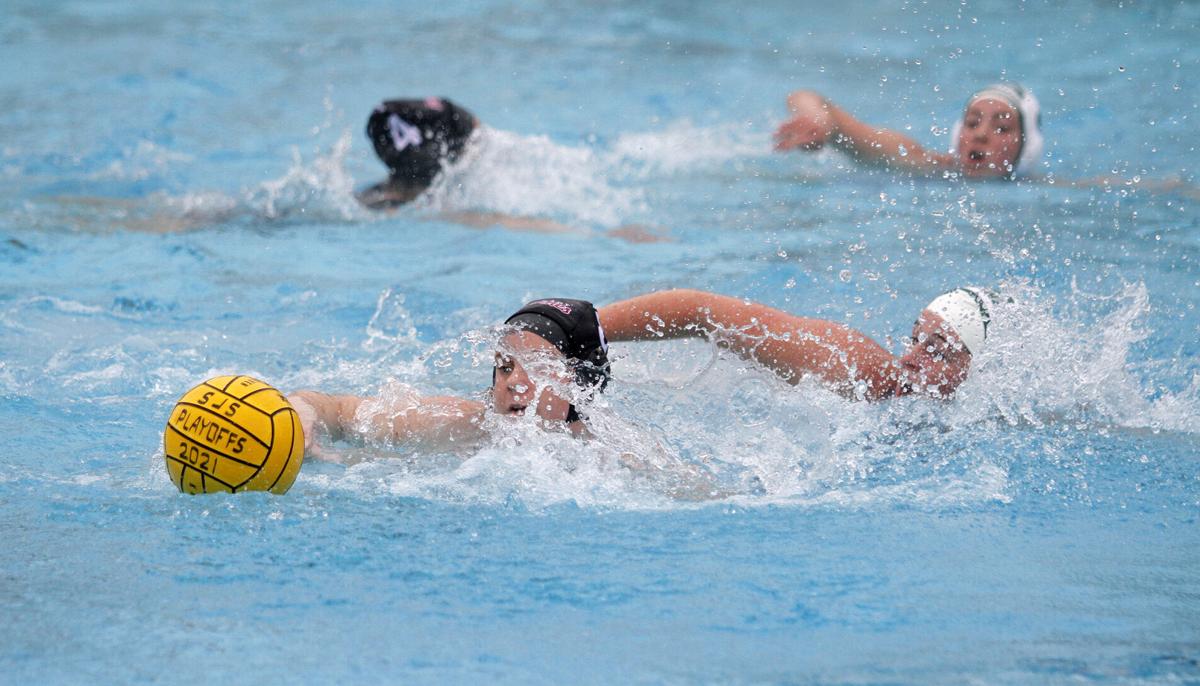 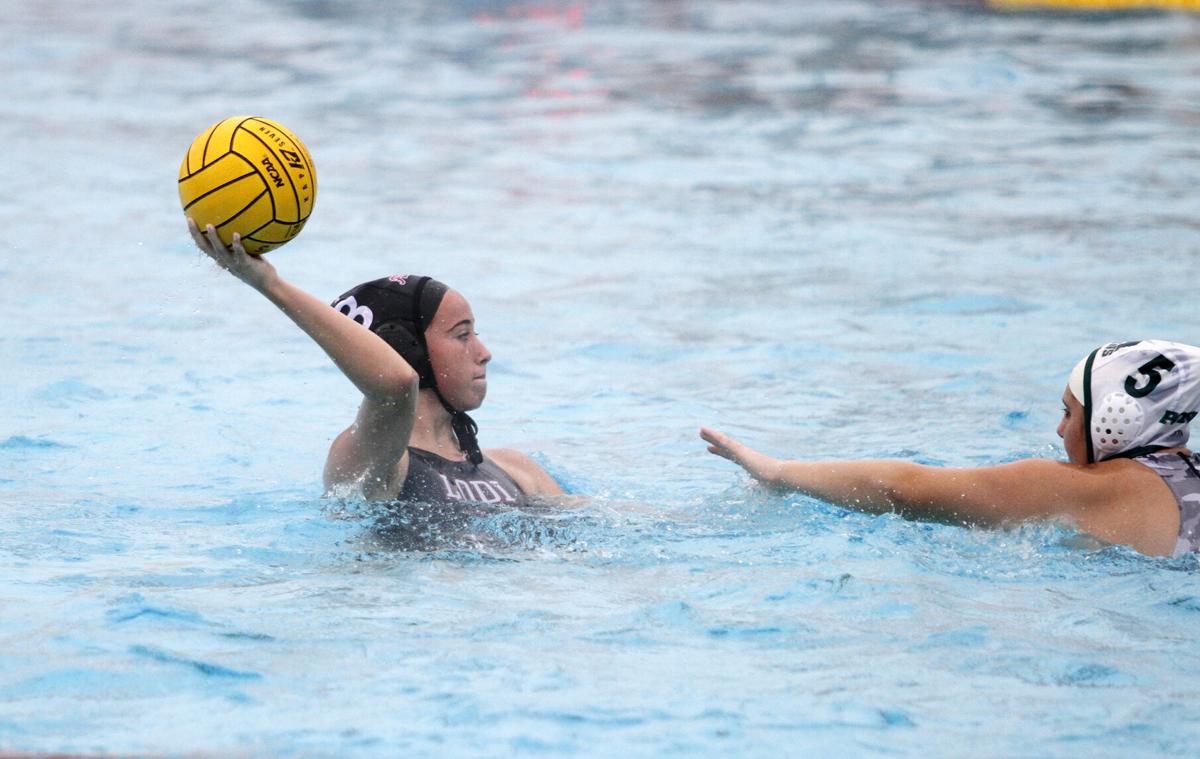 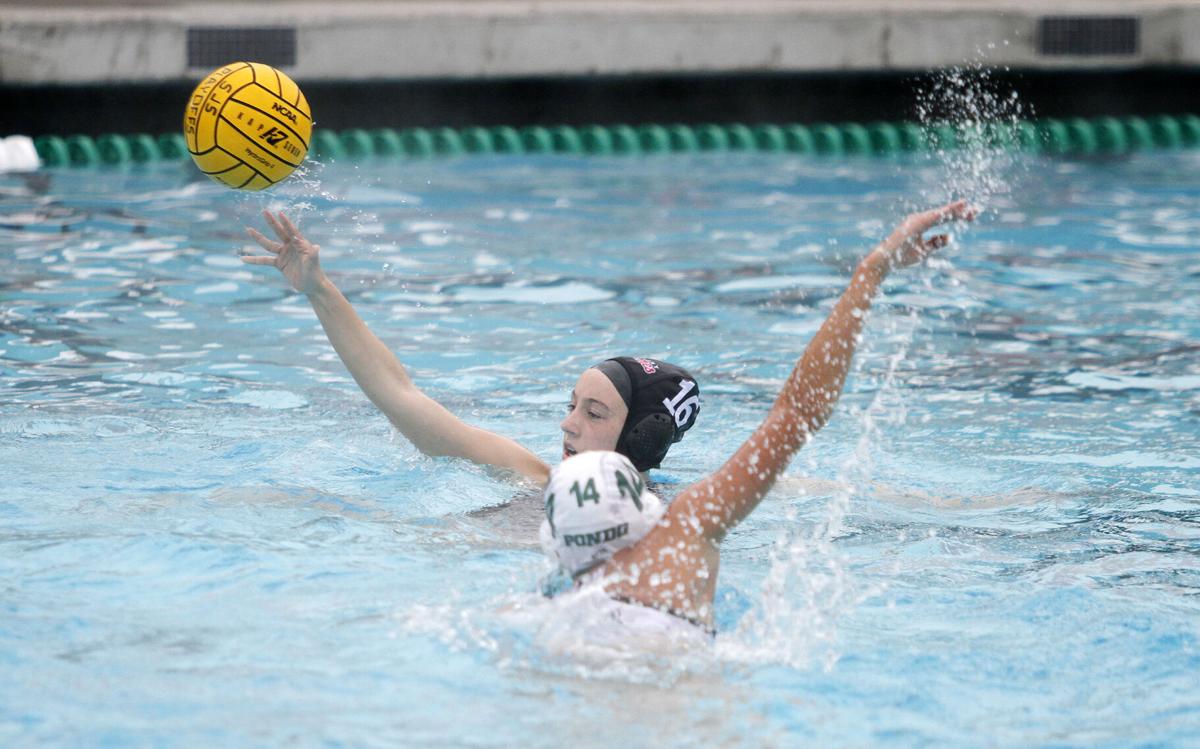 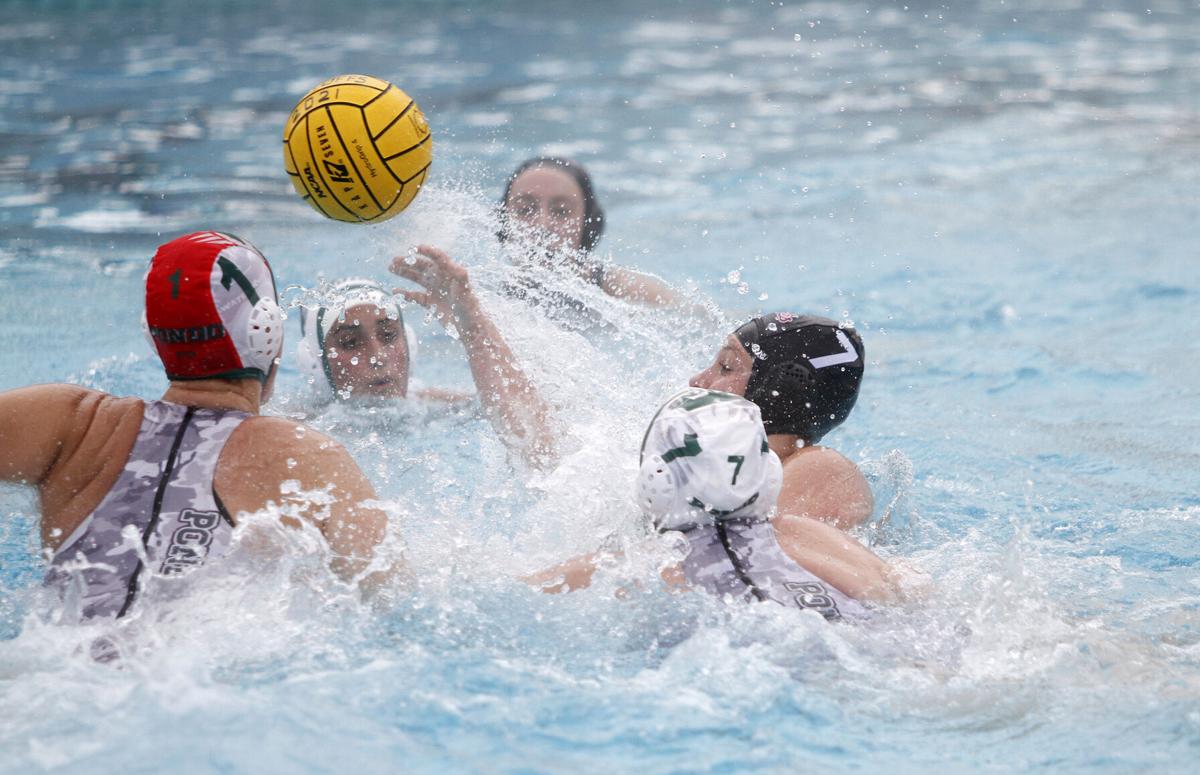 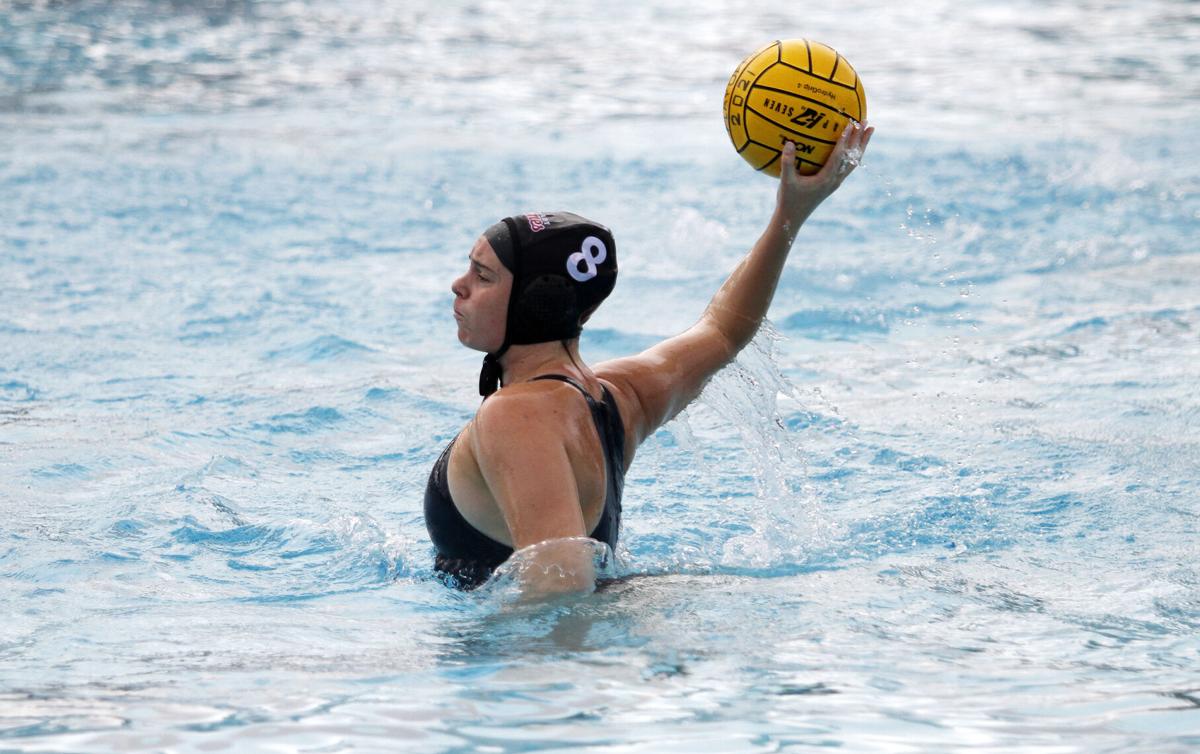 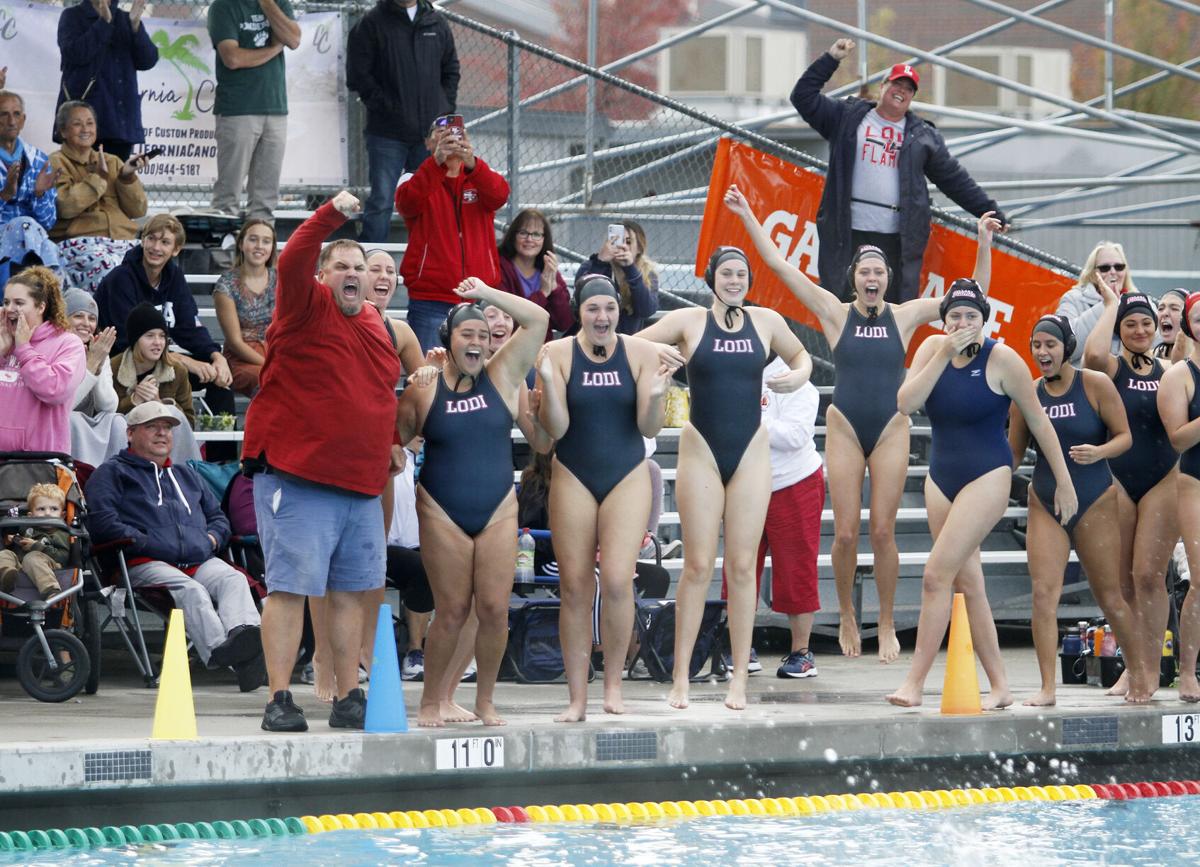 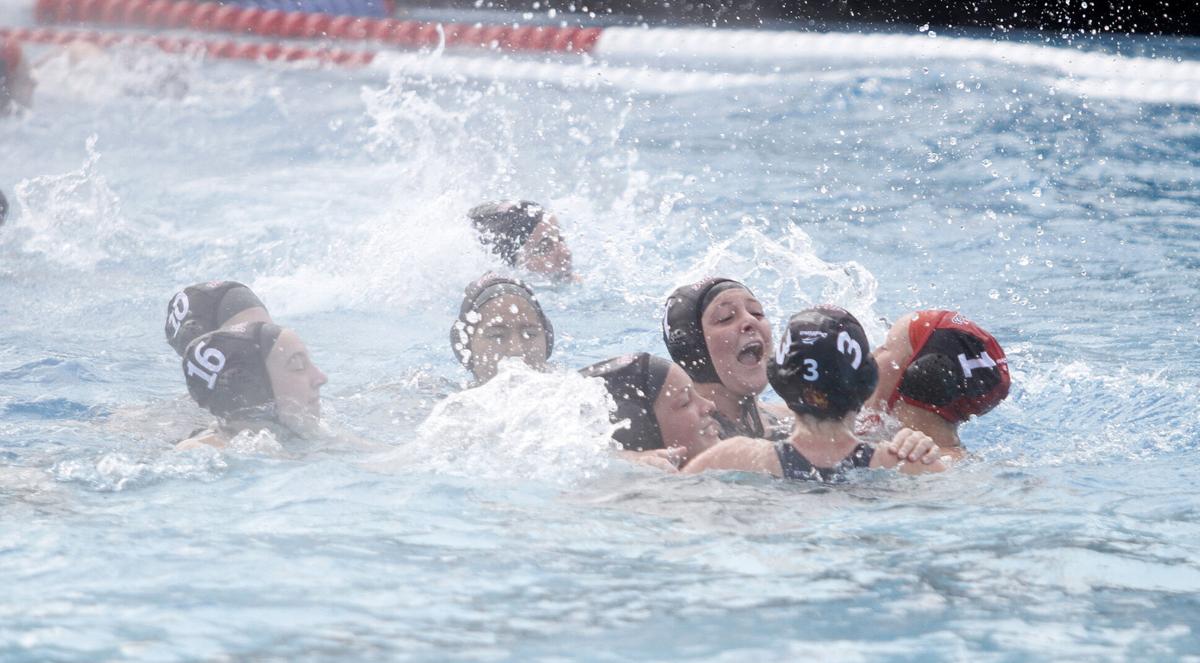 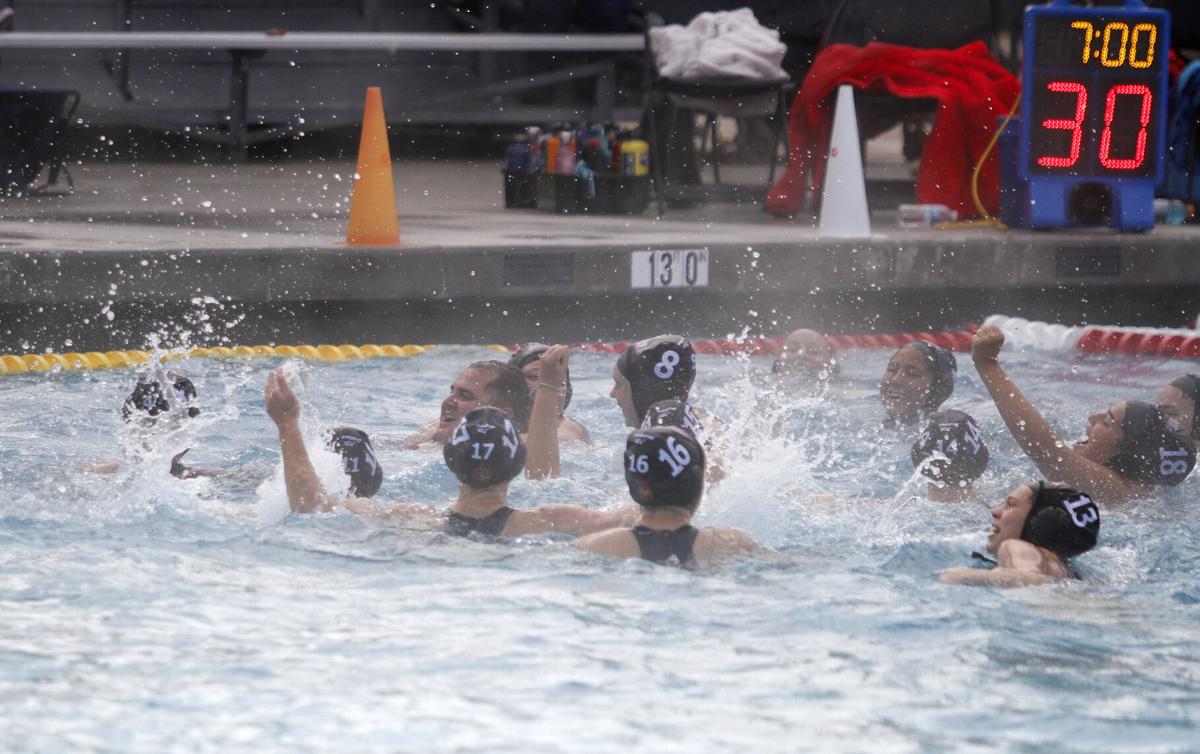 Lodi players celebrate with coach Robert Elrod after he was pushed into the pool following Lodi's 5-3 win over Ponderosa in the Sac-Joaquin Section Division II Girls Water Polo Championship on Saturday in Roseville. Nov. 13, 2021 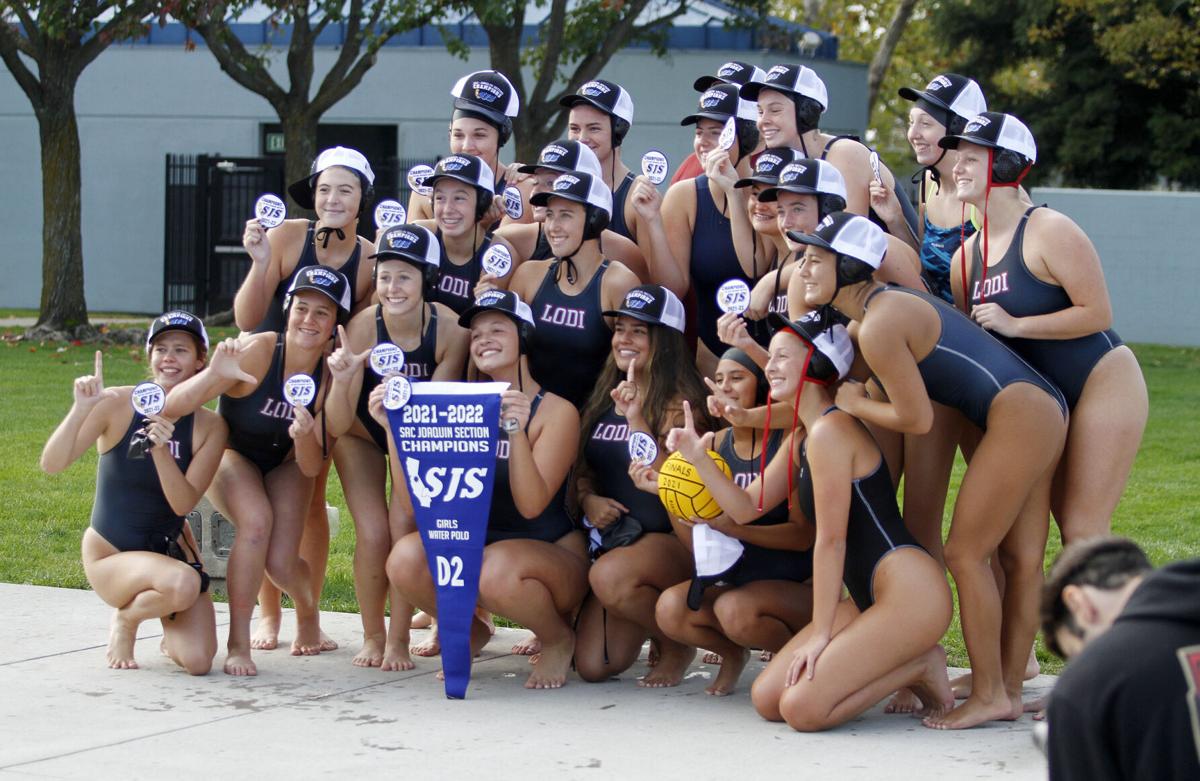 Lodi players celebrate with coach Robert Elrod after he was pushed into the pool following Lodi's 5-3 win over Ponderosa in the Sac-Joaquin Section Division II Girls Water Polo Championship on Saturday in Roseville. Nov. 13, 2021

Lodi’s girls passed the ball around for the final possession on Saturday in Roseville, and then the celebration began.

The Flames’ bench cleared into the pool for a raucous splashfest following a 5-3 victory over Ponderosa in the Sac-Joaquin Section Division II water polo final at Roseville Aquatic Center, and soon coach Robert Elrod was dragged into the pool, a reluctant participant in the festivities.

The victory marked the first section title for the Lodi girls program.

“Between my coaching boys and girls, I’ve been in seven or eight section semifinals, and never made it to the finals,” Elrod said. “I’d always get out by Jesuit or Davis, girls Davis, St. Francis, some other teams as well. So just getting to the finals was like… I’ve been to the place where they hold finals before, because sometimes it’s the same location, but I’ve never been in the finals game.”

Saturday’s final was a defensive game from the start, with differing strategies by each team. Lodi used an opportunistic defense, forcing the ball into the hands of players they thought they could get it from and then going for the steal, while Ponderosa went for a swarming defense that forced shot clock violations.

The Flames racked up 15 steals in the game. On offense, when the shot clock wound down, Lodi took to dumping the ball at mid-pool.

“They feed off of their counterattack, and their goalie is a very good passer. So we knew that they would get us down on the shot clock so our strategy was to not give it to their goalie,” Elrod said. “Usually when you hear ‘dump the ball’ you dump it down into the corner, and the first person to get it is the goalie, so we thought, why would we give her an extra chance to beat us, we’re going to throw it somewhere else, make somebody else pick up the ball.”

The strategy worked, with Lodi able to set up a defense on most plays. At halftime, the Flames led 2-1 — all three goals coming in the first quarter — with Sarah Campbell opening the scoring on a man-up situation. Ponderosa’s Sophie Streeter evened the score a minute alter, and Morgan Vice put Lodi on top with a counterattack pass from Shelby Richardson.

After halftime, sophomore Emily Engle took over the game, scoring three goals for the Flames in the third quarter — one on a penalty shot, and two more from the top of the formation.

“I just saw open pockets,” Engle said. “And they were like taking in water and seeing the open areas so we were taking shots.”

Elrod credited the passing of the offense with opening things up.

“We made an offensive adjustment based on where their girls were playing, and so that was able to kind of push them back a little bit, and make them comfortable,” Elrod said. “We noticed that they didn’t really come to the middle, so we wanted to take advantage of that. Once they did make that adjustment, we then went to some motion to make them move their zone, and if they don’t move their zone, we’re moving into where they’re not.”

After the game, Lodi was presented with the section championship banner. A soaking Elrod lifted it in celebration, showing it to the friends and family who made the trip.

“It’s amazing,” said Engle. “It feels great, and I’m a sophomore, so I just got into this, and this is amazing.”