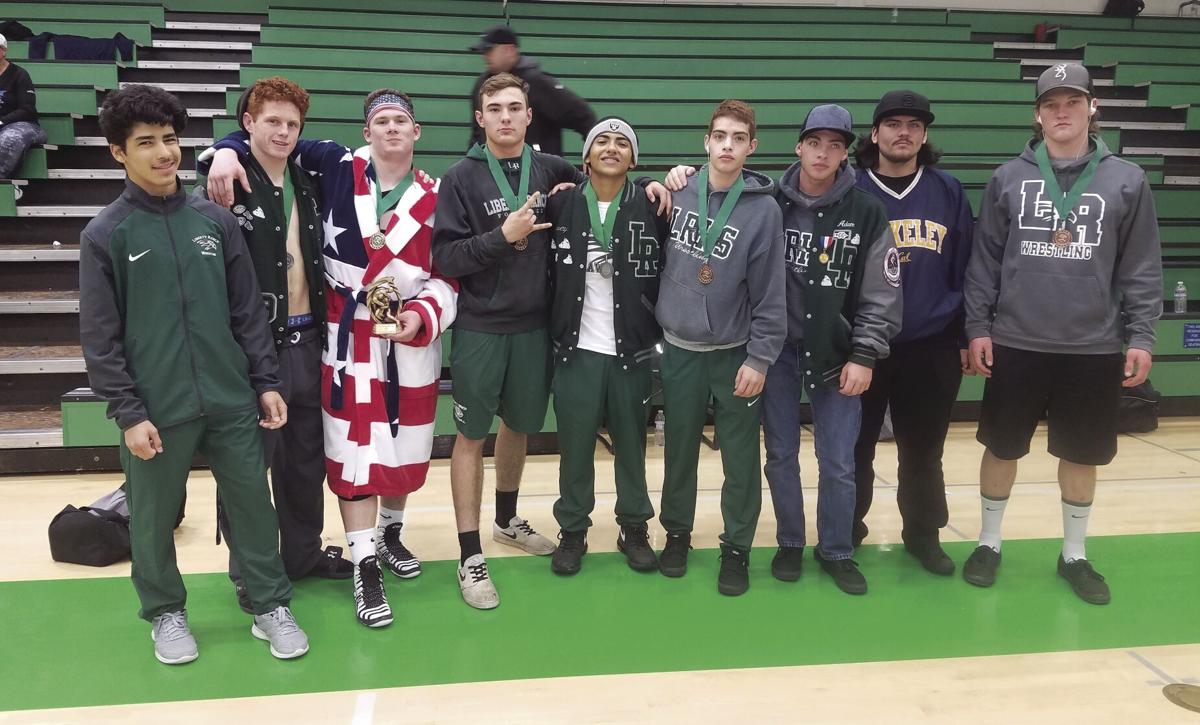 Blake Ritchie, in the American flag robe, with his wrestling teammates at a tournament in 2018. 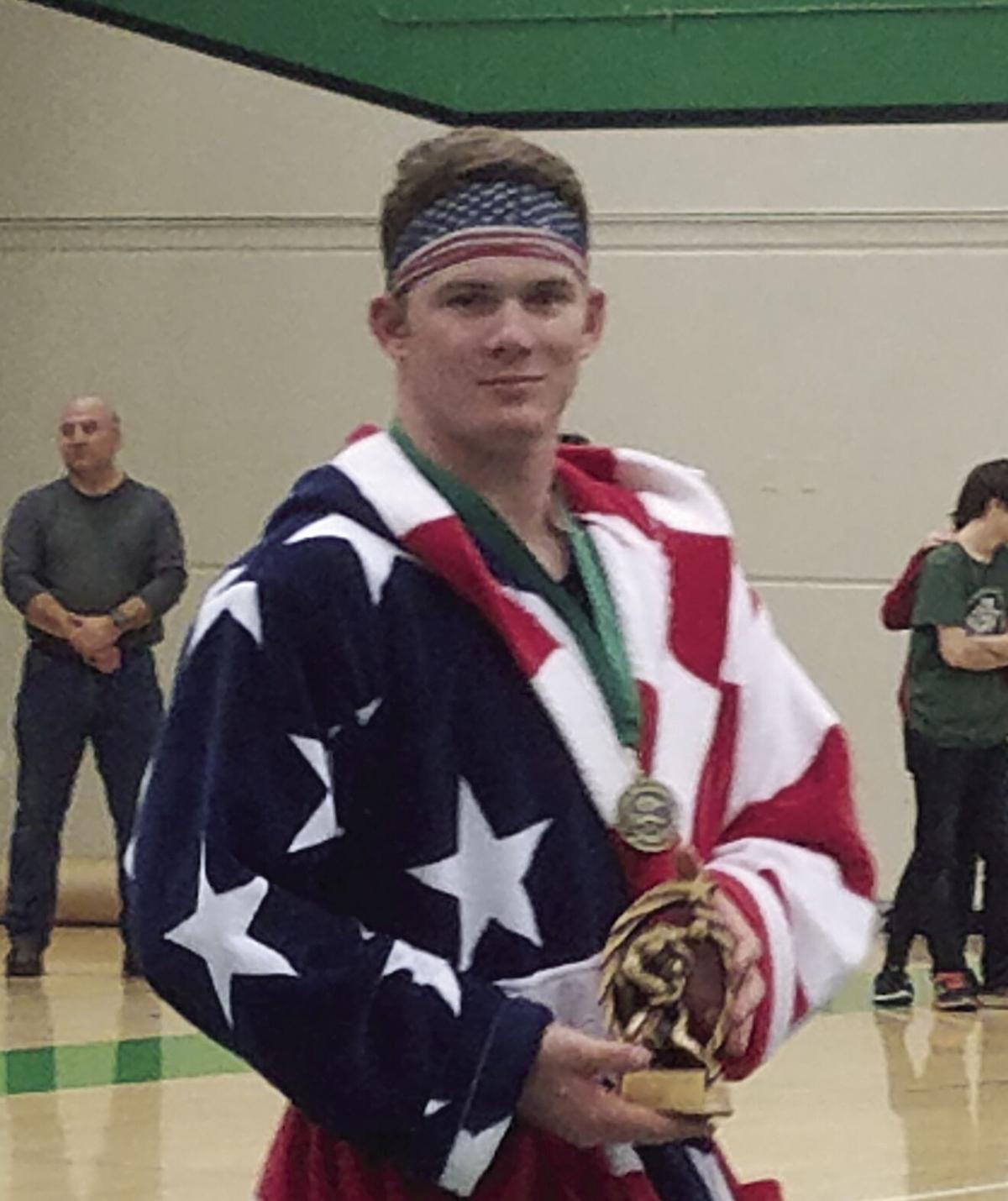 Blake Ritchie shows off his trophy at a tournament in 2018.

Blake Ritchie, in the American flag robe, with his wrestling teammates at a tournament in 2018.

Blake Ritchie shows off his trophy at a tournament in 2018.

The Liberty Ranch community is reeling from the recent death of 2018 graduate Blake Ritchie, after the 20-year-old father fell overboard during a fishing trip on the Delta on Aug. 29.

“Someone in the prime of their life just to be gone like that, it’s hard to wrap your head around it,” said Liberty Ranch principal Joe Saramago. “...The responses to the very sad email I sent out was an outpouring of support. We’ve already had to request to start a scholarship in his name that will start next year, so definitely the community has felt it.”

Ritchie played football and wrestled for Liberty Ranch, and was also involved in ag and welding at the school. He moved up from the sophomore team to varsity during the football team’s improbable run to a section title-game appearance in 2015 after an 0-4 start, then spent most of his junior year out with injuries before coming back strong his senior year.

Anthony Linebaugh, the school’s varsity football head coach and athletic director, remembers an early workout one morning when he went to the field where the players stood ready to begin. There was Ritchie, in the front row, with workout shorts, a t-shirt, and boots instead of tennis shoes.

“I walk up to him. ‘Blake?’ ‘Yes coach?’ ‘Where are your shoes, Blake?’ ‘Coach, I forgot my shoes, and I have my boots’,” Linebaugh recalled. “Everybody lost it, they were just waiting to see my reaction. I’ll forever see that picture in my mind. He was such a fun young man to work with.”

Liberty Ranch wrestling coach Brian Robinson also got his share of laughs working with Ritchie and his brothers. The most notable was Ritchie’s tradition before championship matches his senior year, which started at the second tournament.

“I tell the guys we’re going to do lineups, and I look over, and Blake walks out of the stands with an American flag bathrobe, full length, and an American flag headband. I was kind of caught off guard,” Robinson said. “I was like, ‘Is this allowed?’ I looked over at Oscar (Johnson, assistant), and he looks at me and goes, ‘We’re from Galt. Let Blake be Blake.’ He demolished his competitor.”

Robinson also remembers Ritchie going through his senior wrestling season with two torn rotator cuffs in his shoulders from football, yet pushing through it to win the Sac-Joaquin Section Division IV title and place eighth at the section Masters Tournament, despite taking a beating.

“But he never stopped. He hung on. That’s the kind of spirit that he had,” Robinson said. “When we got the news about him falling off the boat, lots of people were down there looking for him. Me and his dad were talking, and we expected, as tough as he was, for him to have pulled out somewhere and be waiting on the bank for us. He was that strong-willed. Unfortunately that wasn’t the case.”

Angela Schroeder, who teaches English and creative writing at Liberty Ranch, had Ritchie in her class as a freshman and as a senior.

“I remember there was a boy struggling in my class that sat next to Blake, and they turned in an assignment,” Schroeder said. “After class I asked him, ‘Who did the work? You or him?’ and he said, ‘Mama Shro, don’t be hard on him, he’s got stuff going on at home.’ He just always though about other people. Such a good kid.”

Angela, whose husband is Warren Schroeder, the school’s football coach through 2015 who is still an assistant with the program, also remembers Ritchie being helpful when their son, Timmy, was battling cancer in 2015.

“He was the hardest-working kid,” Warren said. “The only kid that could maybe give a run against him for hardest working would be Thomas Thornburg, his step-brother.”

Saramago also remembers Ritchie as a helpful and friendly student.

“I’ve seen him since he was a little man playing little league and stuff like that,” Saramago said. “You could tell he cared about others. He never wanted to be involved in nonsense, being mean to anyone.”

After graduation, Ritchie had some opportunities to wrestle in college. But according to Linebaugh, Ritchie chose to enter the workforce to help provide for his family. His son, Carter, was born 10 months ago.

“He’s one of those men who said I’m going to be diligent in my field, and be a great provider, balancing the demands of work and family,” Linebaugh said. “His work ethic that he demonstrated as a student athlete carried over. He was proud to be a father.”