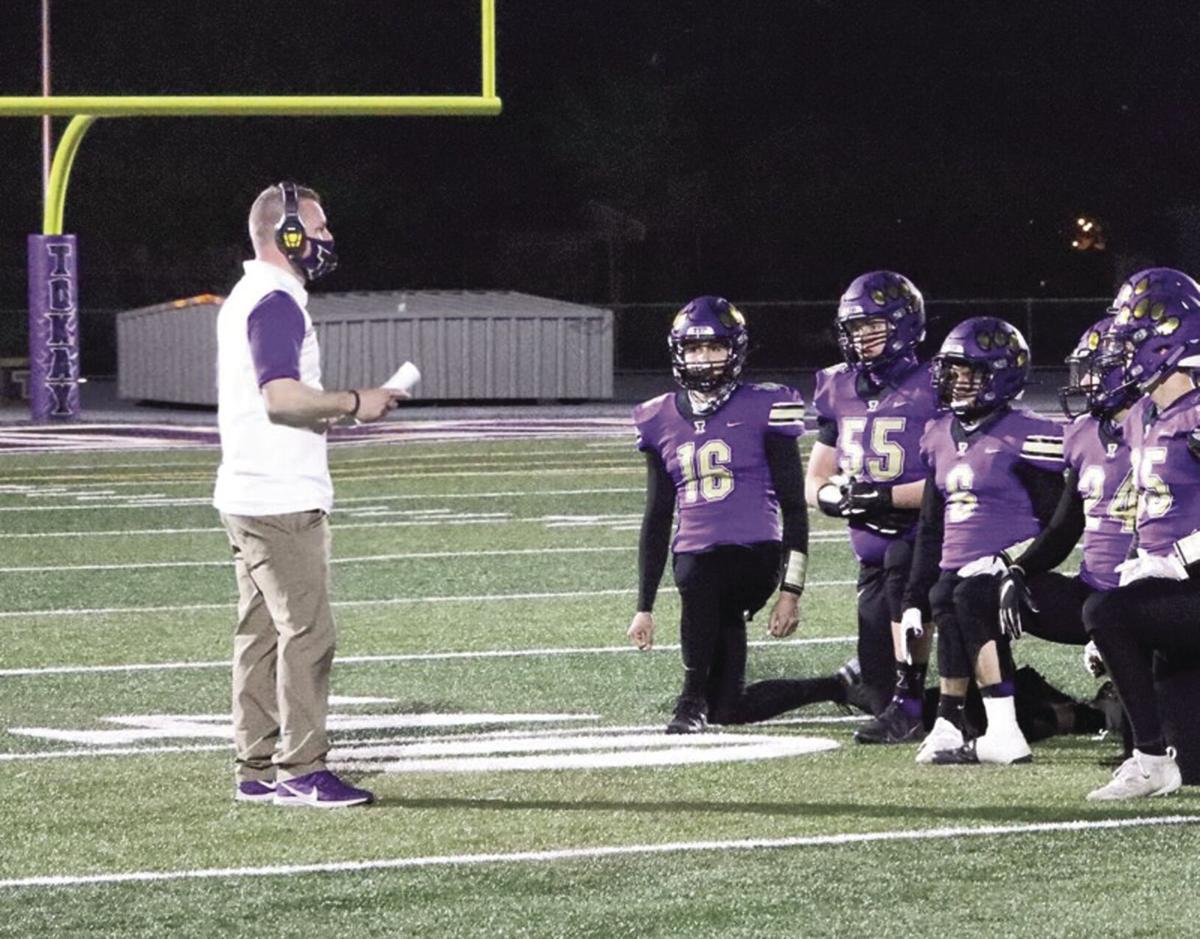 Collin Rhoads talks with players during a game during the spring season. 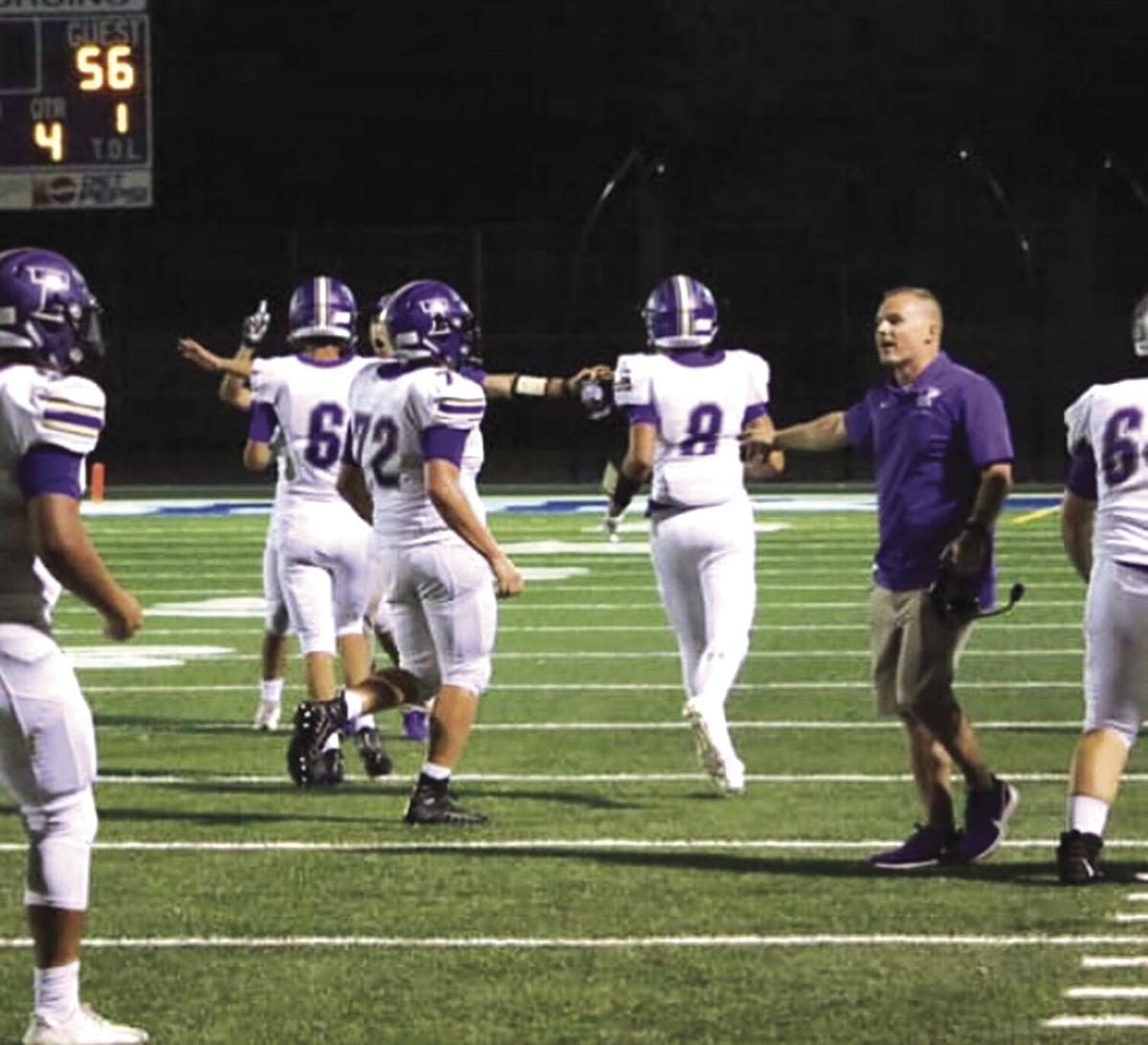 Collin Rhoads talks with players during a game during the spring season.

There’s a new face at the top of Tokay High’s football program, but it is a familiar one.

The Tigers announced on Tuesday that Collin Rhoads, who was the team’s offensive coordinator last season, is taking over as head coach with the departure of Michael Holst, who has been the head football coach and athletic director since 2015.

Holst announced on Monday that he is taking a teaching and coaching position at Clovis West.

“A lot of things fell into place since I graduated college,” said Rhoads, who is 28. “I never thought this opportunity would come so quickly. I was surprised, with Coach Holst leaving, but the more I thought about it, the more I felt I’m the right guy for the job.”

Rhoads is a 2011 Lodi High graduate. He played two years of football at Delta College, then left for Carroll College in Helena, Mont. for a year. He stepped away from football and went to Chico State to finish his degree.

“I was still in college at Chico, and in my last semester got a call from Mike Pedraza, who is the defensive backs coach at Tokay,” Rhoads said. “He’s been my friend forever, been coaching at Tokay since he graduated from Tokay. He said hey, we’re looking for a coach.”

After meeting with Holst, Rhoads started as wide receivers coach in 2016. He was driving down from Chico for team meetings while finishing his final semester of college.

Holst said there were a number of reasons to choose Rhoads for promotion.

“When you look at guys in the program vs. outside, one he’s an on campus teacher, and that’s big for a guy in charge of the program,” Holst said. “He knows what it takes academically as far as eligibility, and that can kind of get lost in the shuffle when you’re off campus. You understand the culture of the school and the staff. I think that’s huge.

“And the past four or five years after we brought him in, you could tell he has the it factor.”

And while Tokay showed flashes of power during its 2-3 campaign this spring, never far from Rhoads’ mind is the fact that the Tigers haven’t had the best performance of late. Tokay’s last winning season came in 2014 with a 7-4 record.

“We want to come out of the preseason with a winning schedule and ride that momentum into league, then compete in league,” Rhoads said. “And eventually we want to be talking about playoffs, which is a conversation we haven’t had around here in a while.”

To accomplish that hope of making the playoffs, Rhoads hopes to start with toughness and hard work.

“A lot of the games we’ll go into, we may not be the most talented of the two teams out there,” Rhoads said. “So we’re going to take pride in being the toughest one. I’m overly pleased with what we’re doing already.”

That attitude is one reason promoting Rhoads was a no-brainer for Holst.

“I think you get two ends of him. He’s very competitive, that comes from his playing days, that’s evident,” Holst said. “But also he’s good with the kids. Sometimes you kick it into overdrive too much and lose the kids, but he understands the kids, the mentality of kids that age. And the kids like him.”