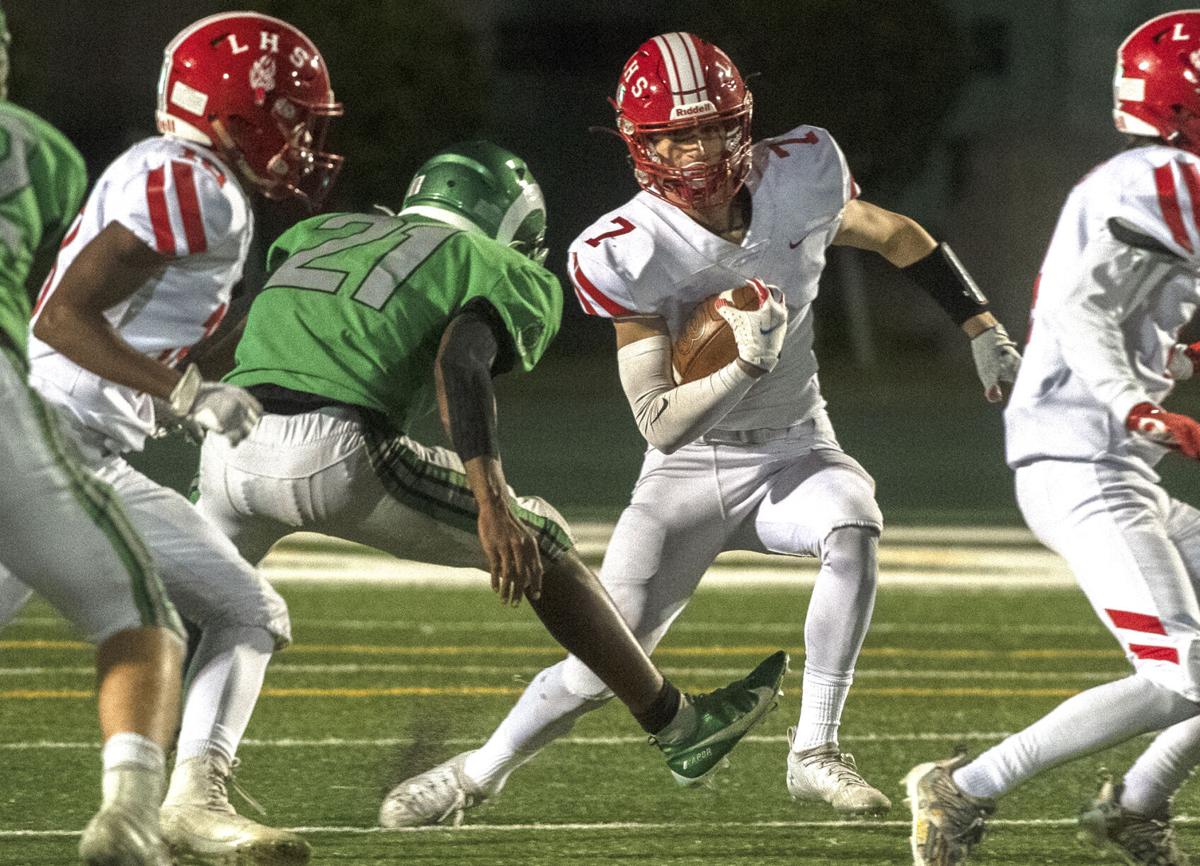 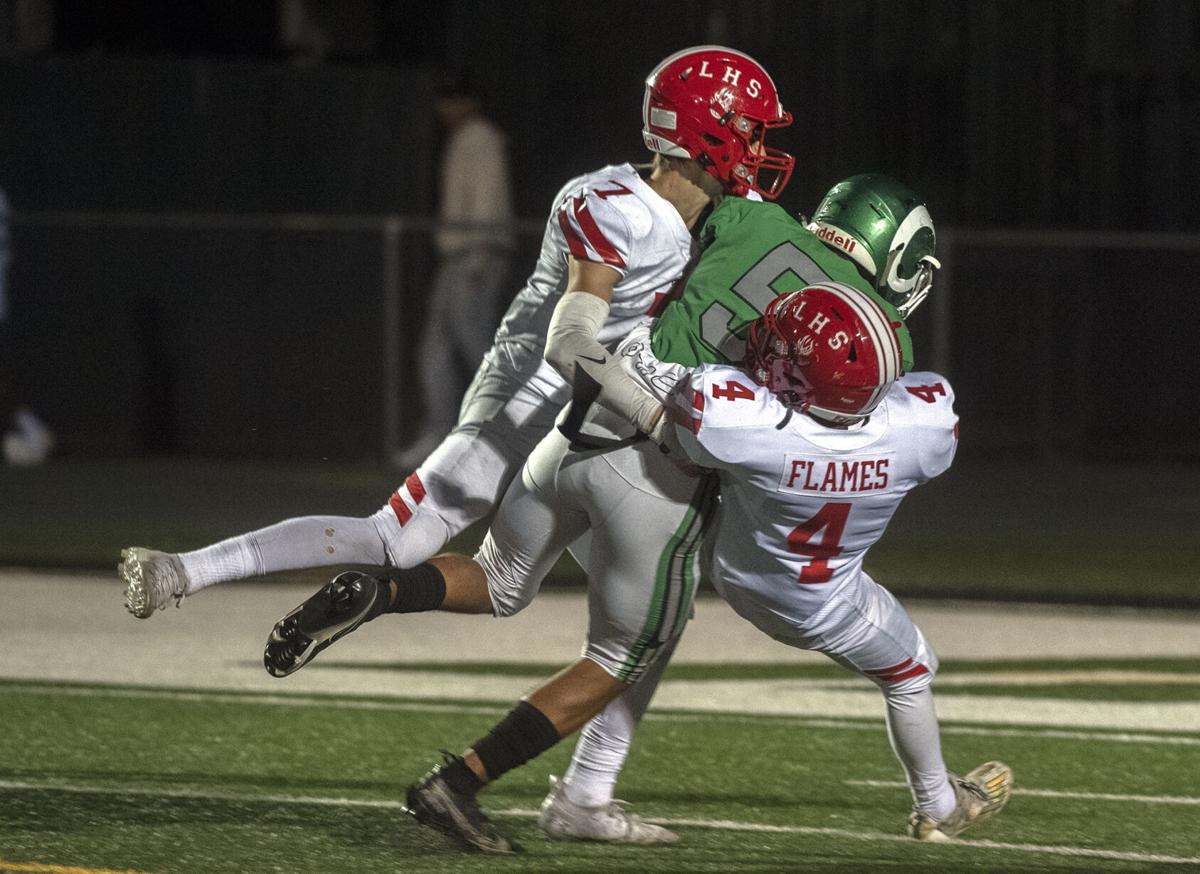 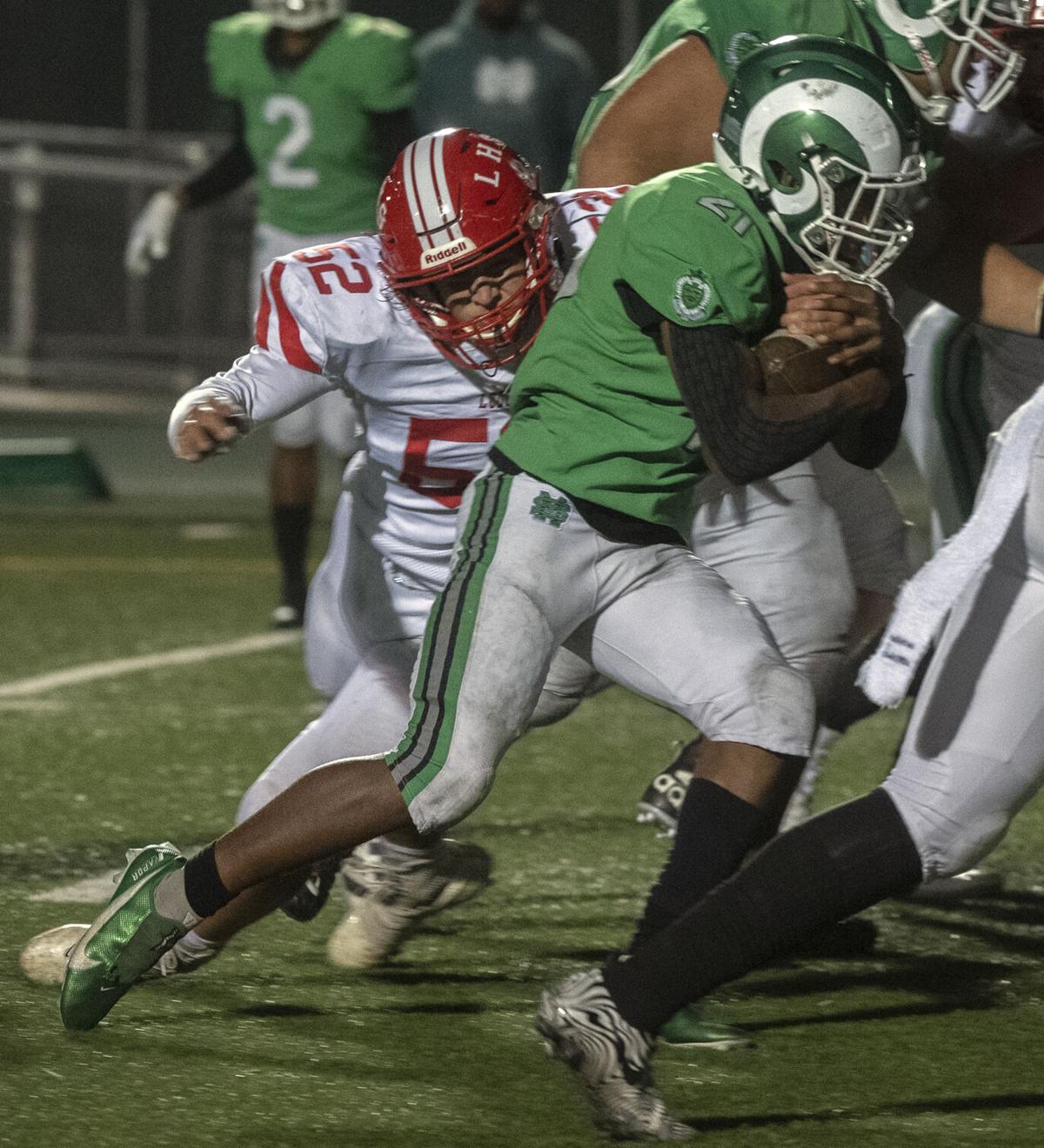 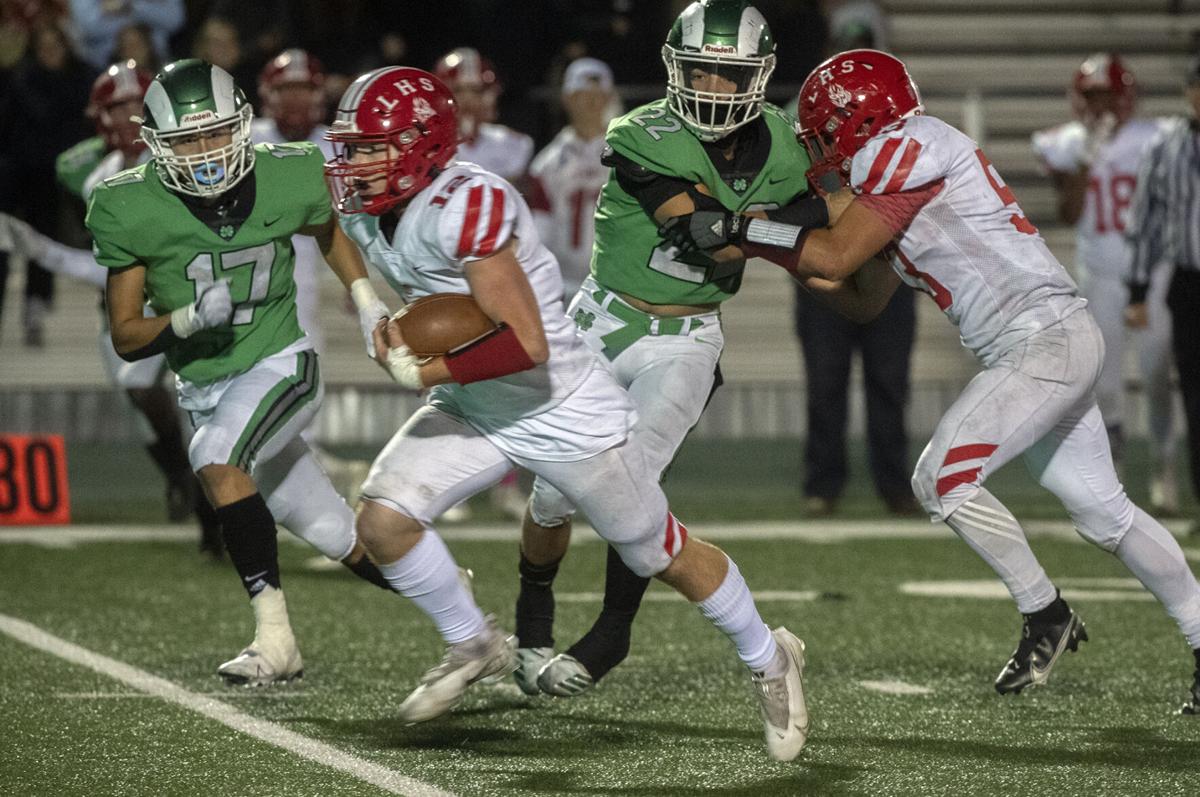 In order to break free for his 58-yard score, Carter barreled right into Calvin, who had his back turned as he blocked a Lodi defender. From there, Carter did the rest.

On a bitter Stockton night, the St. Mary's football team hardly looked like the team that entered Friday night on a four-game win streak in its 28-18 win over the Flames. The Rams' offense at times seemed out of sync. Junior quarterback Cruz Herrera uncharacteristically threw two interceptions. The defense struggled to get off of the field. The special teams unit allowed a crucial onside kick recovery in the game's most tense moment.

Lodi felt the bitterness of the Stockton night as well.

“They played hard. I think they competed with a great program. I think we showed everyone we’re a better team than people think.”

On a night where St. Mary's could have used a couple of upperclassmen leaders to settle the team down, it was a sophomore running back in Carter who took another step towards stardom.

"He has just made great progress each week," St. Mary's coach Tony Franks said. "He’s learned how to practice well, really kind of paid attention to the technical aspects of being a running back; things like pad levels, finding the seams, seeing blocks, finishing runs and getting two or three extra yards at the end of a run, just because of pad level and finish. He’s doing a nice job of that."

Against the Flames, Carter punched in touchdowns from one, three and six yards out, before bursting down the field for the 58-yard score on the Rams' first possession of the second half.

"I think it has a lot to do with the blocking on the offensive line," Carter said. "They do a good job on the line and I just find the open holes and I just hit it."

St. Mary's has a long lineage of strong running backs to come through the program, dating back to the early 2000s with future NFL first-round pick Doug Martin in the backfield, to last spring's Tyrei Washington, who put in a strong four-game season. As the 2021 fall season heads into its final stretch, Carter looks to be well on his way to joining that group of St. Mary's stars.

"He is going to have a great career ahead of him," Franks said. "Still got a lot of growing to do, even this year. Just keep working and doing his thing."

Carter, a 5-foot-10, 165-pound back has a rare blend of speed and power with a downhill-running mindset. Against the Flames he ran behind his pads, often finishing runs by falling forward for a couple of extra yards. Most importantly, he is running with confidence, which hasn't always been the case this season.

"I wasn’t so confident at the beginning of the year," Carter said. "Now I am hitting the holes harder with more confidence and things are going great."

Walking into a first varsity season as a sophomore was a timid situation, and it took a couple of games for Carter to get his feet under him. But since the Rams' third game against St. Ignatius, which began the team's current five-game winning streak, Carter has been a different player.

Carter scored two touchdowns in that game, added two against Bishop O'Dowd the following week, caught a touchdown pass in the win against Cardinal Newman and brought his season total up to nine with his four touchdowns against Lodi.

"He is becoming more and more physical every week," Franks said. "Showed some speed on that long touchdown run in the second half."

The Rams needed every one of his touchdowns, too, because Lodi gave them all they could handle, with a chance to make it a one-score game with five minutes remaining. Lodi senior quarterback Adam Schallberger threw a touchdown to Bryce Perkins and added a two-yard rushing touchdown and Brayden Stout scored from 6-yards out as well. But the Flames were doomed by three missed field goal attempts.

"Hats off to Lodi," Franks said. "I thought they did a great job. Real effective in what they were trying to do, presented some problems for us and kept moving the ball, held on to the ball for a long time, especially in that second half. Tip of the cap to Lodi, no doubt."

Lodi's game plan was to keep one of San Joaquin County's most explosive offenses off the field as much as possible. The Flames, who were on a five-game winning streak of their own, kept star wideout Jadyn Marshall in check and didn't allow long drives to tire out their defense.

“I was really proud. We had a couple of turnovers, and we did a good job of containing Jadyn Marshall, he didn’t score tonight,” Duenas said. “But their running back was pretty good too. Defensively we did enough to have a chance to win the game.”

"Sometimes there are ups and downs," Franks said. "Throughout the course of a season, you kind of have to survive those weeks where you are just a little bit down. Maybe tonight was that"

But Carter was an unstoppable force. Even when his own teammate was in the way.

After the long touchdown, the Rams' offense re-watched the play and had a couple of laughs.

"He destroyed you," one coach said to Calvin.

Next time, though, Carter said he plans to use his vision a little more effectively.

"I gotta look around more, find the open holes," he said. "I need to stop running so stiff and get my jukes in there a little bit."