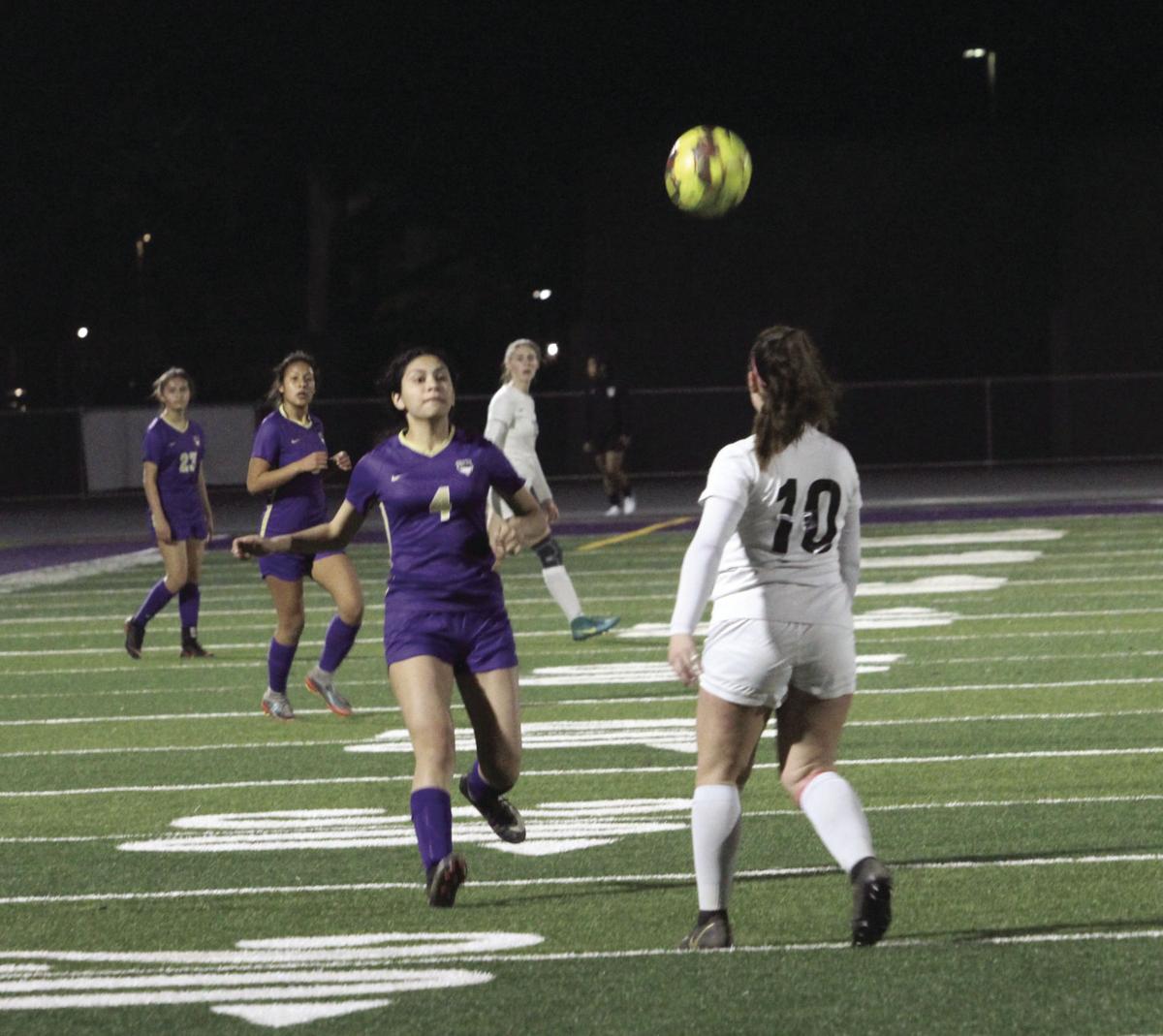 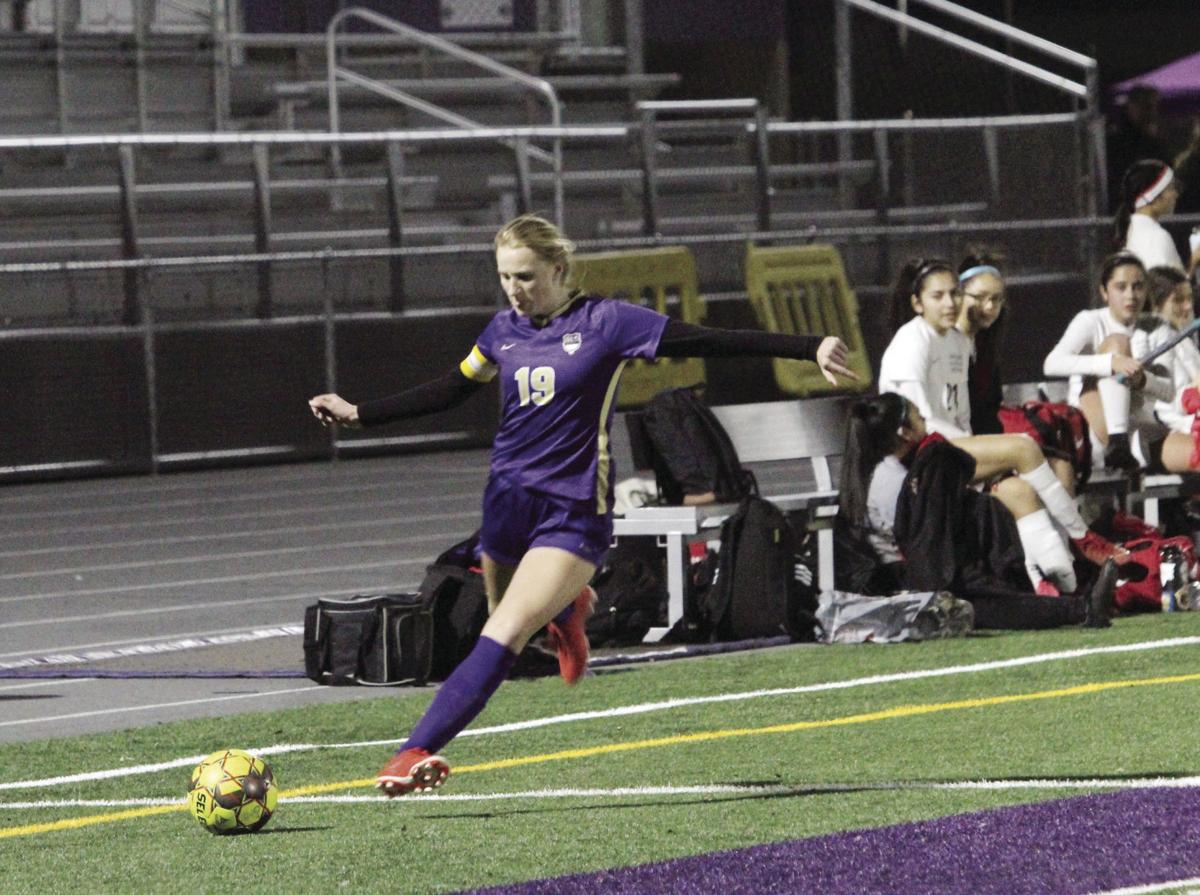 Tokay defender Hannah Hauschildt (19) gets ready to kick the soccer back into the field of play in Tuesday's TCAL girls soccer game against Lincoln at Hubbard Field. Feb. 11, 2020. 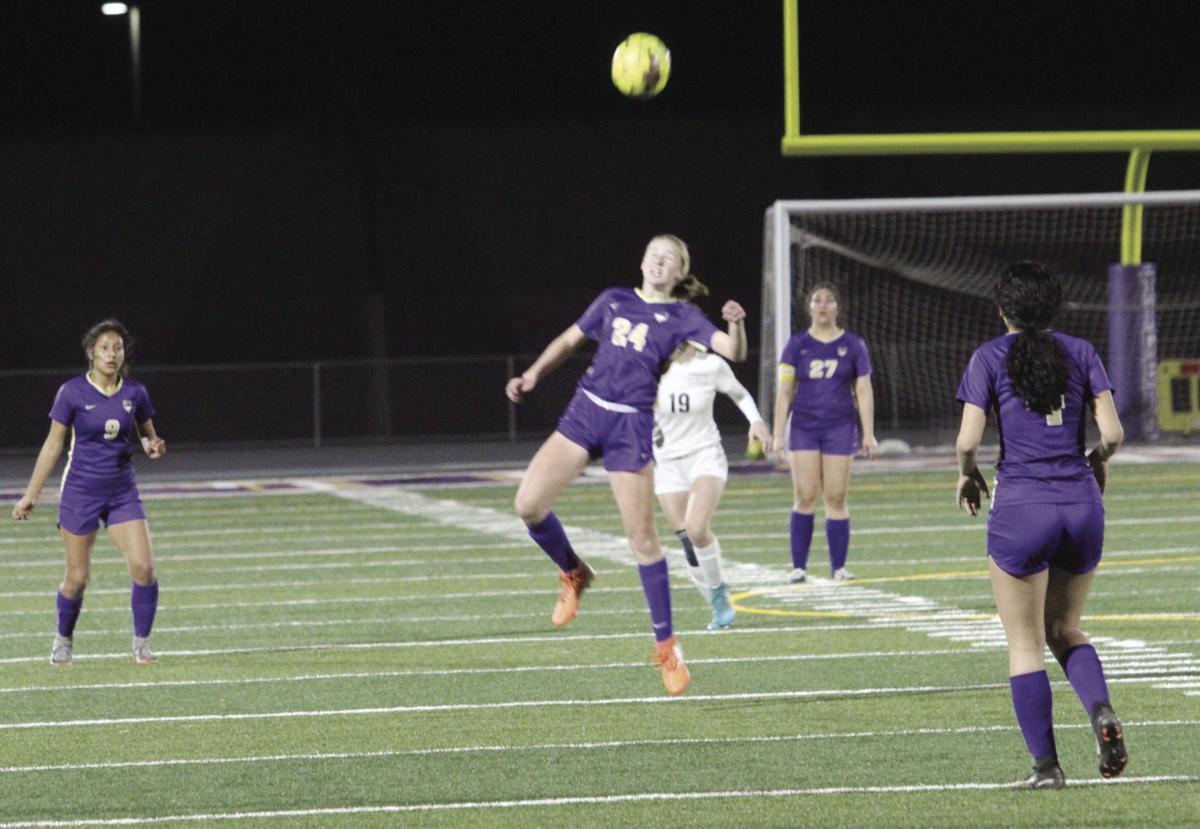 Tokay midfielder Annika Hauschildt (24) uses her head to advance the soccer while teammates Alexia Garcia (4), Alejandra Garcia (9) and Cynthia Jimenez (27) in the first half of Tuesday's TCAL girls soccer game against Lincoln at Hubbard Field. Feb. 11, 2020.

Tokay defender Hannah Hauschildt (19) gets ready to kick the soccer back into the field of play in Tuesday's TCAL girls soccer game against Lincoln at Hubbard Field. Feb. 11, 2020.

Tokay midfielder Annika Hauschildt (24) uses her head to advance the soccer while teammates Alexia Garcia (4), Alejandra Garcia (9) and Cynthia Jimenez (27) in the first half of Tuesday's TCAL girls soccer game against Lincoln at Hubbard Field. Feb. 11, 2020.

The Tokay High girls soccer coach feels that the program is headed in the right direction. That was evident against Lincoln in a Tri-City Athletic League showdown at Hubbard Field on Tuesday. Tokay needed a win to earn the league’s final playoff berth. But Lincoln came away with a 1-0 win. Tokay (5-5 in the TCAL, 7-10) and Lincoln (6-3-1 in the TCAL, 18-4-1) battled for the league’s third playoff spot.

The lone goal came in the 68th minute of the contest. That was when Lincoln forward Kaitlyn Garcia got a hold of the soccer ball at the north end of the field. Less than three yards away, slightly tapped the ball into left corner of the net.

Now Tokay was faced with the task of scoring two goals in the final 12 minutes of the game in order to earn a playoff berth. The Tigers battled for throw-in, with the goal of moving the ball to the south end of the field and past Lincoln goalie Isabella Sandoval, who had more than a half-dozen saves in the game.

“That’s what actually helped them win the game,” Gonzalez said. “It was that girl that made the run to come in and block us out.”

At the 78th minute of the game, Tokay forward Sherry Mazie Ortega, coming off the Tigers’ sidelines, had a shot on goal directly in the middle of the box that was two yards away. But Sandoval shifted to the left side of the box for the save.

“The game was to get the ball down the flank and actually try to pass and find someone in there,” said Gonzalez, who is referring to inside the box. “The (Lincoln) keeper did a marvelous job today. She took out three or four good opportunities. The defenders helped her out as well, too. We didn’t finish the ones we had, our opportunities. It was a night for the keepers.”

In the final minute of the game, Tokay got an offensive break. That was when midfielder Annika Hauschildt was awarded a free kick after a Lincoln player fouled one of Hauschildt teammates at midfield by tripping her. Taking the kick 33 yards away from Sandoval near the Tigers’ sideline, Hauschildt watched the ball sail over Tokay and Lincoln players’ heads into the direction of Sandoval, who caught the ball for the save.

The Trojans had another chance to score their first goal earlier in the second half. That was when midfielder Montserrat Rebollo took a shot on goal at the 53rd minute. But the soccer ball bounded off the top of the bar and went out of bounds.

For 67 minutes of the game, Tokay and Lincoln played solid defense. Tokay goalie Madison Covey-Taylor also had a big night for the Tigers, recording eight saves.

“They did well,” said Gonzalez of the Tigers’ defense. “The girls did a marvelous job in keeping them away from the goal. The shots were not too dangerous, and Maddy had to stretch out and had to make too many good saves.”

“It’s always fun to watch them grow,” said Gonzalez of this year’s players on the Tokay roster. “It was a good opportunity for the girls. A learning experience.”