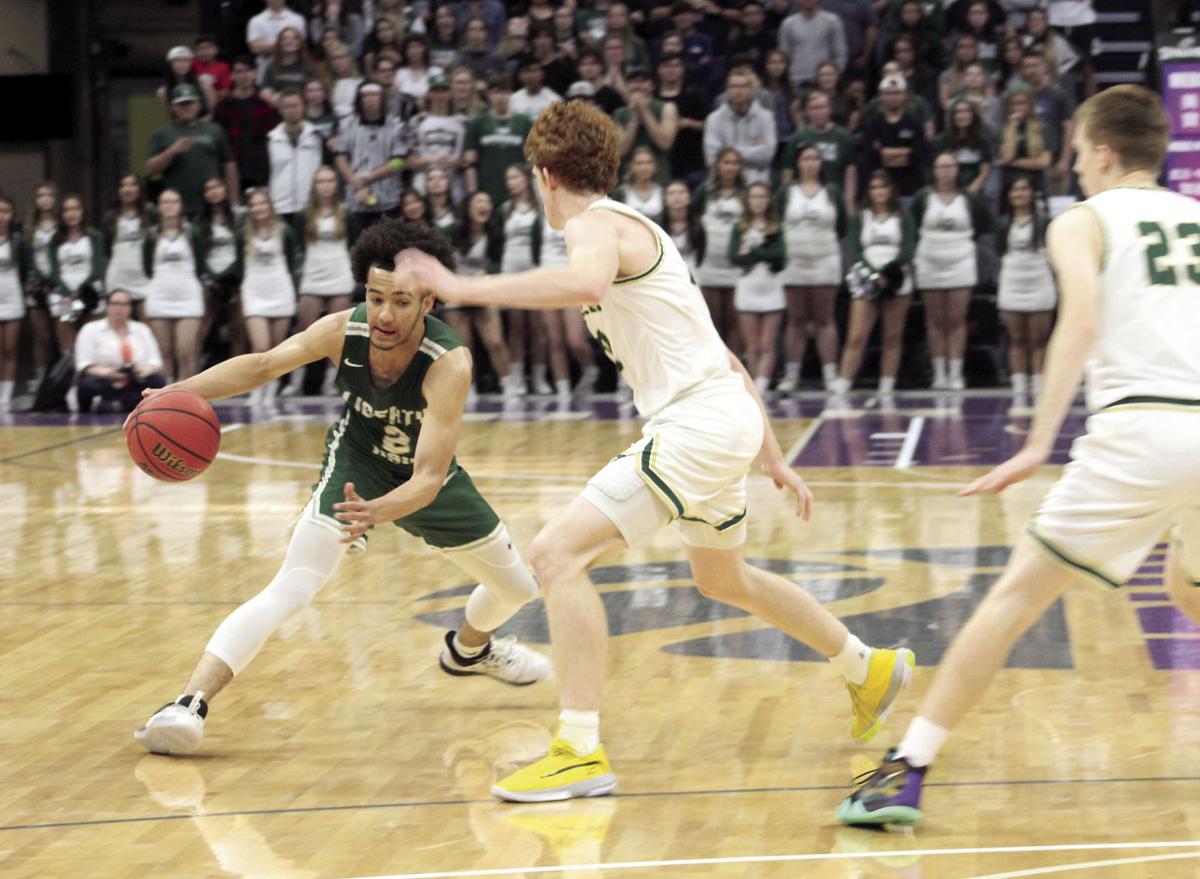 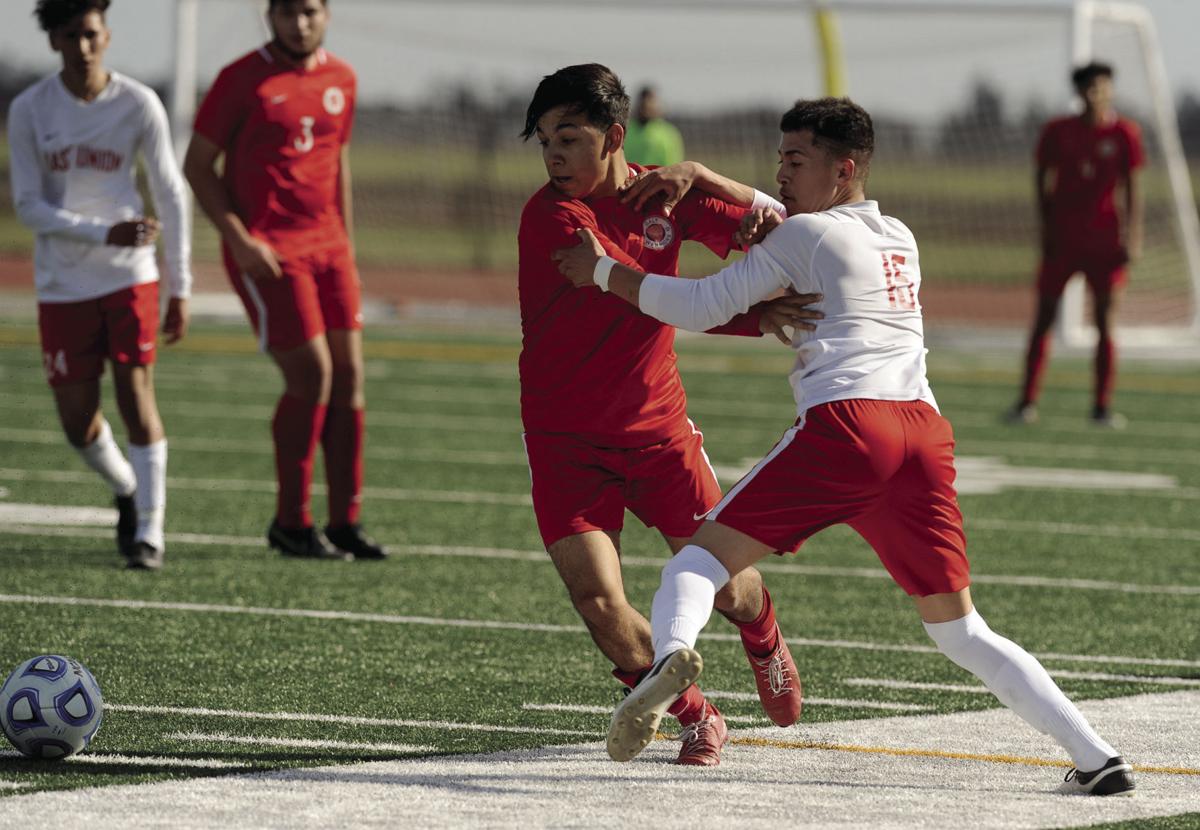 Jalen Patterson pulled off a hat trick on the basketball court.

The Liberty Ranch High boys basketball player, a four-year starter at guard, was named the Sierra Valley Conference’s Most Valuable Player recently. This is the third consecutive year he’s earned the award.

“It means a lot,” Patterson said. “This wouldn’t have happened if it wasn’t for my teammates and coaches.”

Patterson help lead Liberty Ranch to a second-place finish in the conference and an 18-13 overall record that included a return trip to the Sac-Joaquin Section Division IV title game at Golden 1 Center in Sacramento last month. The Hawks also earned a NorCal Regional playoff berth.

Playing in all of the Hawks’ 31 games this past season, Patterson averaged 28.1 points per game. He also averaged 6.6 rebounds per game and 6.3 assists per game.

Patterson also leaves his mark in the section. He scored 2,933 points during his career, making him the section’s second all-time leading scorer.

Patterson had visits to four-year colleges lined up. But those are up in the air because of the coronavirus/pandemic.

“Everything has been on hold,” Patterson said. “I had visits lined up.”

Freshman forward Cody Smith was the other Hawk who was named to the all-SVC’s first team with Patterson. Smith, listed at 6-foot-7 and 200-pounds on the Hawks’ roster, averaged an even 9 points per game and 6.6 rebounds per game.

Galt’s Logan Mayfield was also named to the first team with Smith and Patterson.

Union Mine head coach Ryan Williams was named the conference’s Coach of the Year.

Leading the way for Liberty Ranch was Hannah Lopez, Anastasia Contreras and Jess Lawton. Lopez was the Hawks’ leading scorer with 7.3 points per game and 6.1 rebounds per game.

The Hawks finished with a 12-14 record that included a third place finish in the SVC. Liberty Ranch earned a section’s D-IV playoff berth, only to be eliminated in the first round.

Galt finished with a better overall record than Liberty Ranch at 19-11, and one game behind the Hawks in the SVC at 5-5. Galt won a section D-V play-in game before losing in the first round.

Garcia was one of seven Warriors who won the SVC title for a fourth straight year. Those other Warrior players were Francisco Alvarez, Alexis Gonzalez, Macario Bermudez, Daniel Maravilla, Jose Santos and Enrique Cruz.

Garcia scored 21 goals for the Warriors this past season. He also had 15 assists.

Along with winning the SVC title, Galt was the No. 1 seed in the section’s D-III playoffs and advanced to the title game. Galt also earned a CIF State NorCal regional game.

The Hawks won their first round D-IV playoff game against Sonora. Then Livingston edged Liberty Ranch in the second round.

Klink, a senior who was a four-year starter at midfielder, scored 19 goals and recorded 5 assists.

Liberty Ranch, which won the section’s D-IV title in 2019, advanced again to the playoffs. But Venture Academy of Stockton beat the Hawks in the first round of this year’s playoffs.