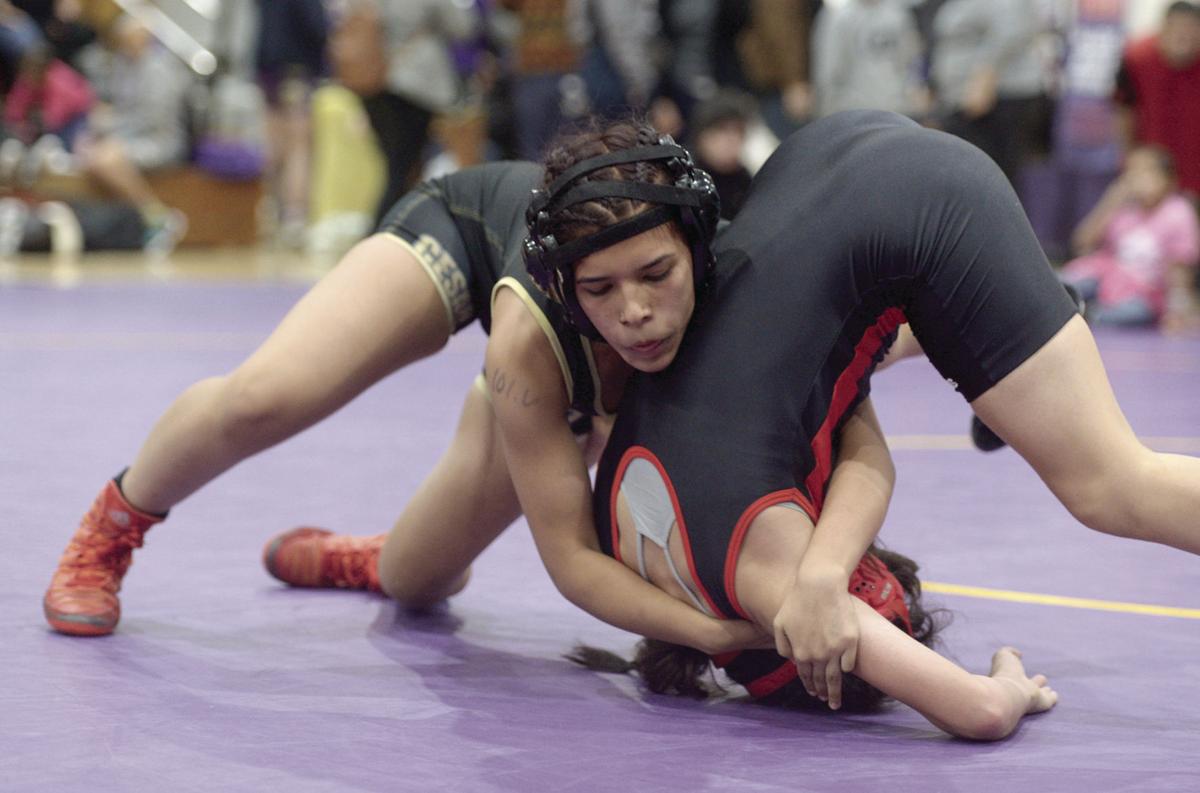 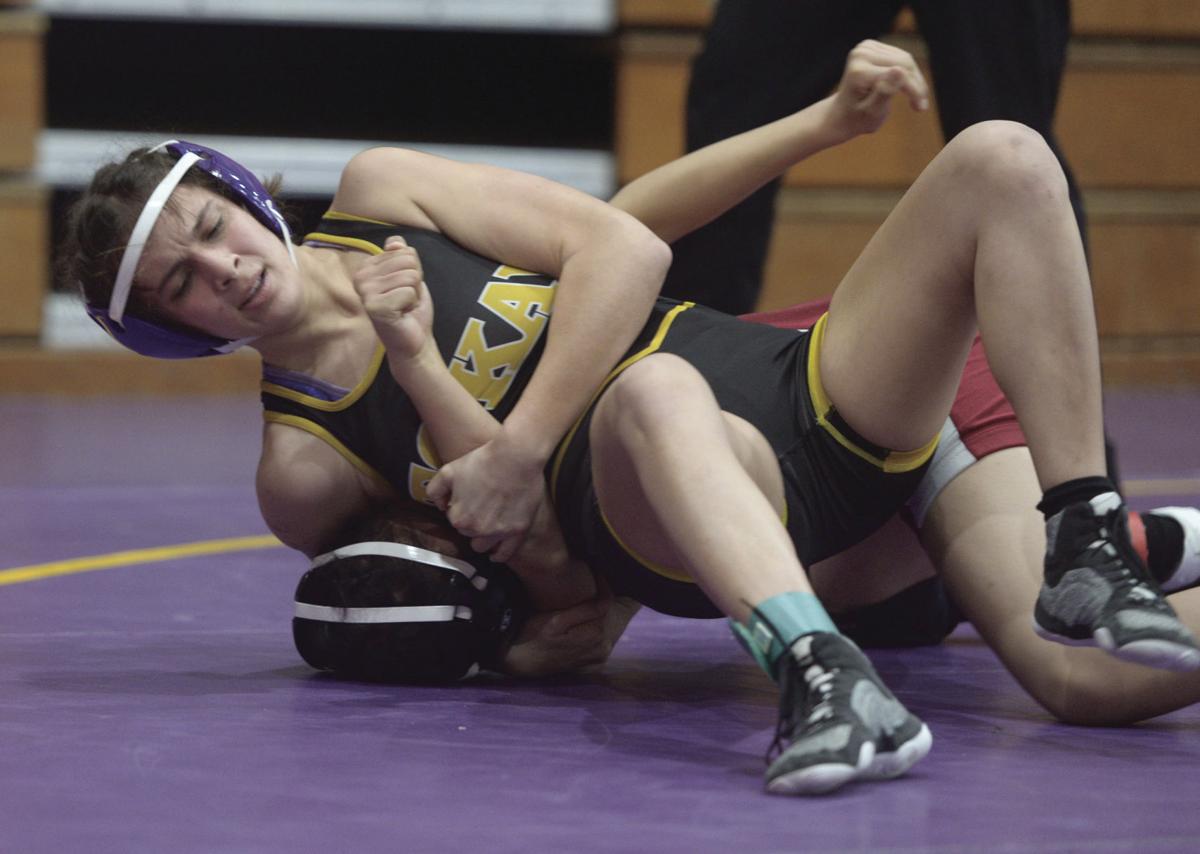 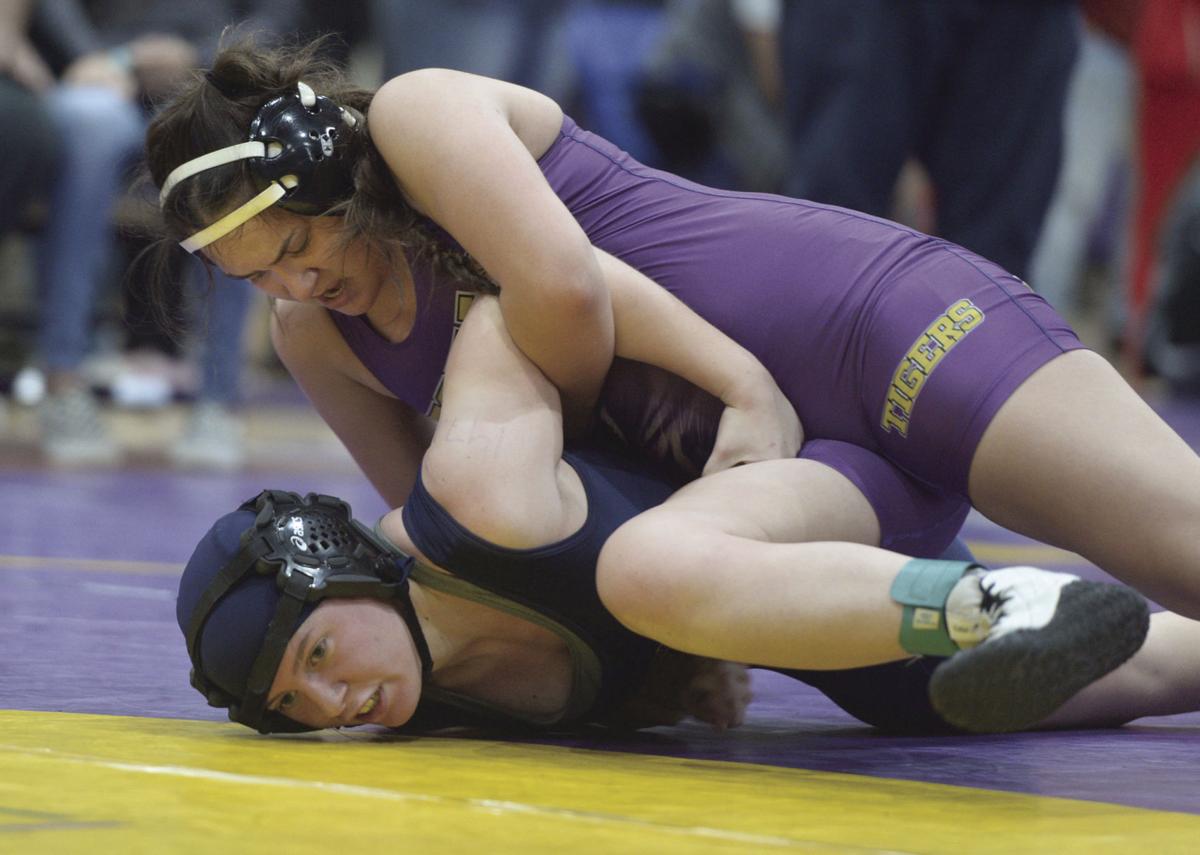 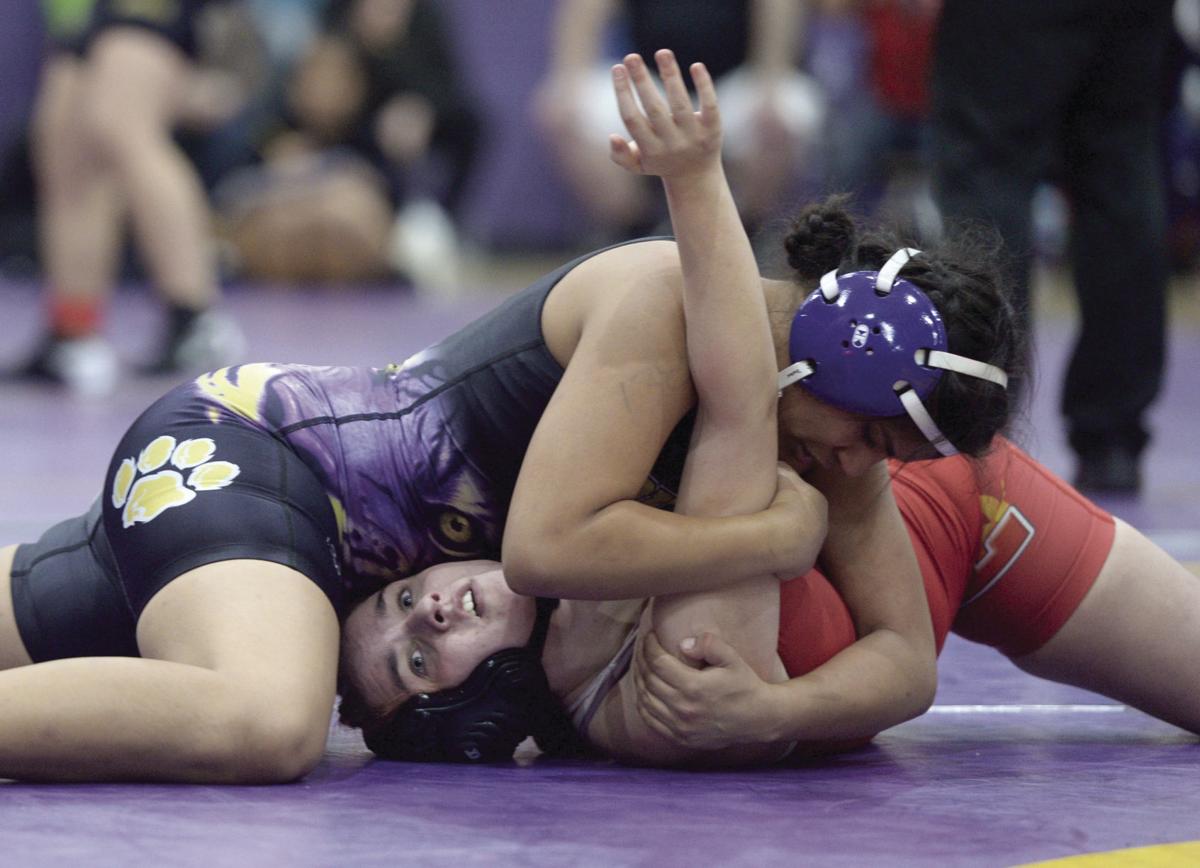 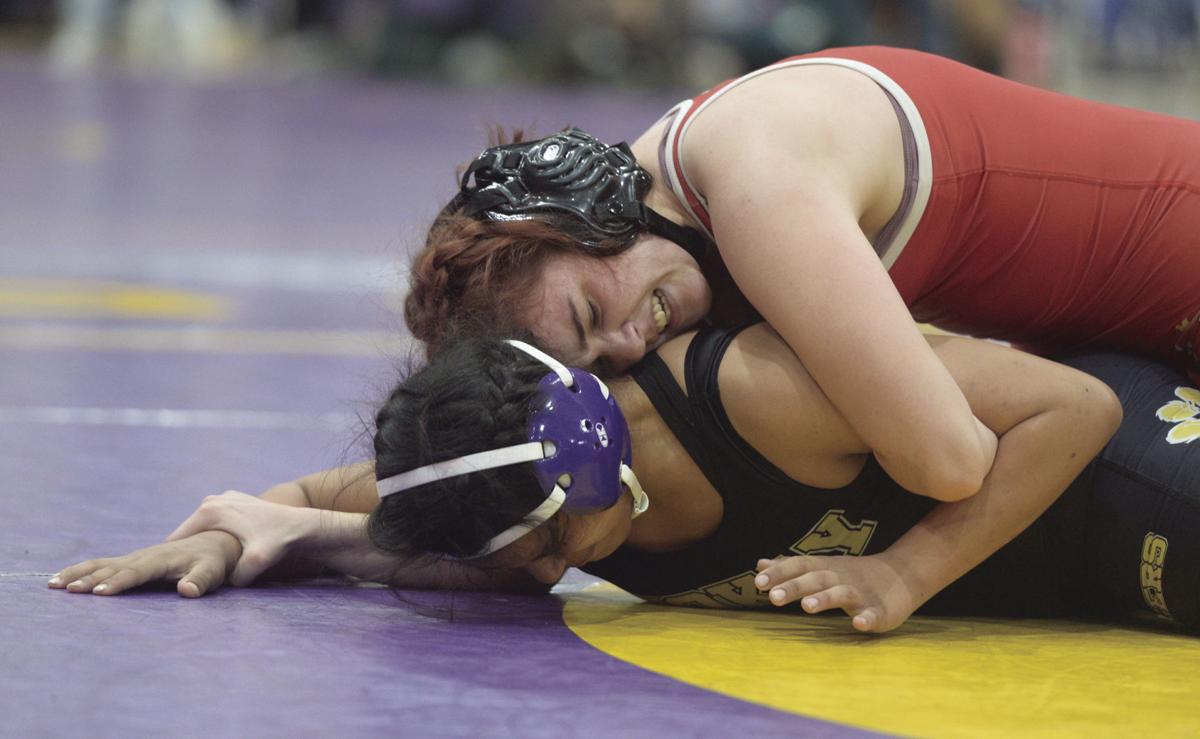 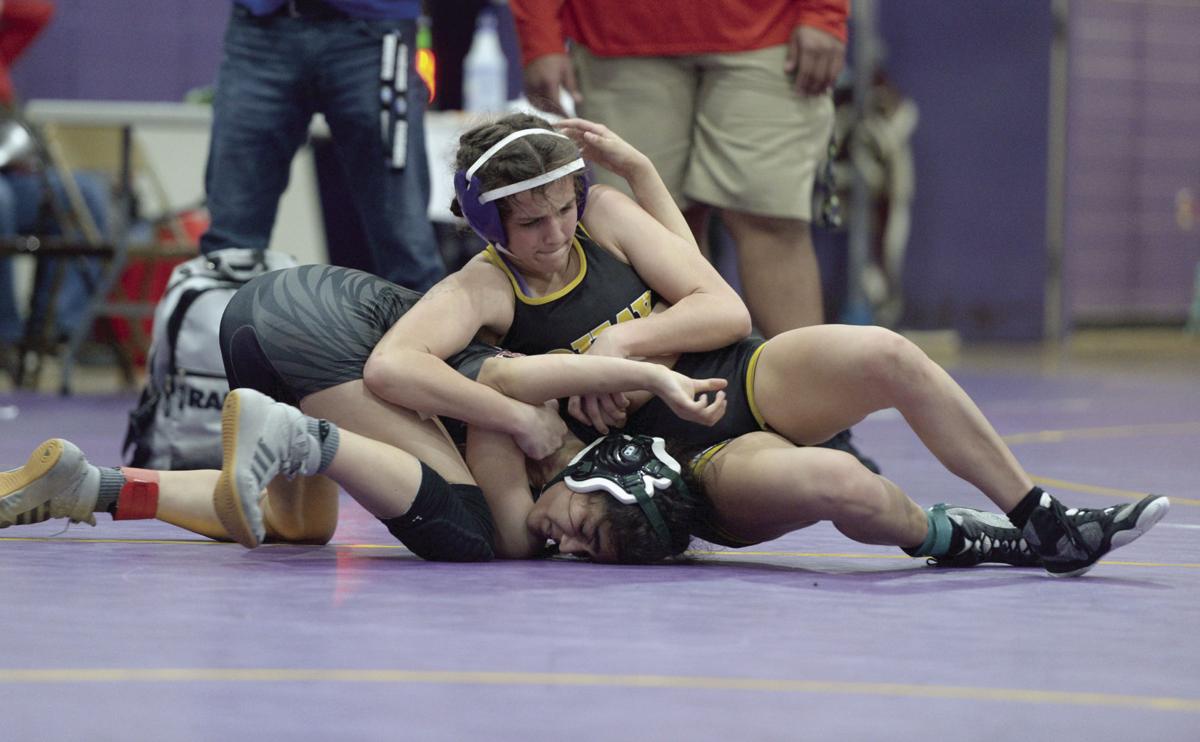 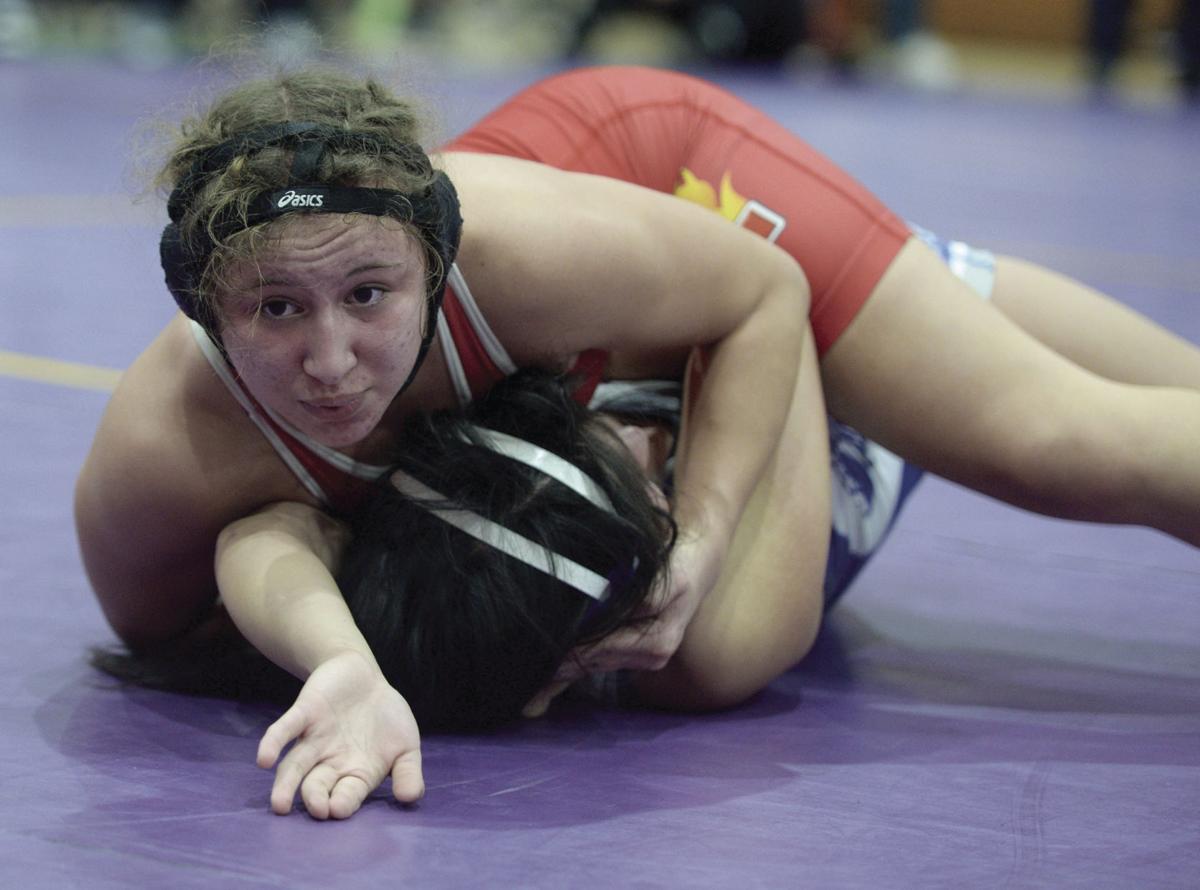 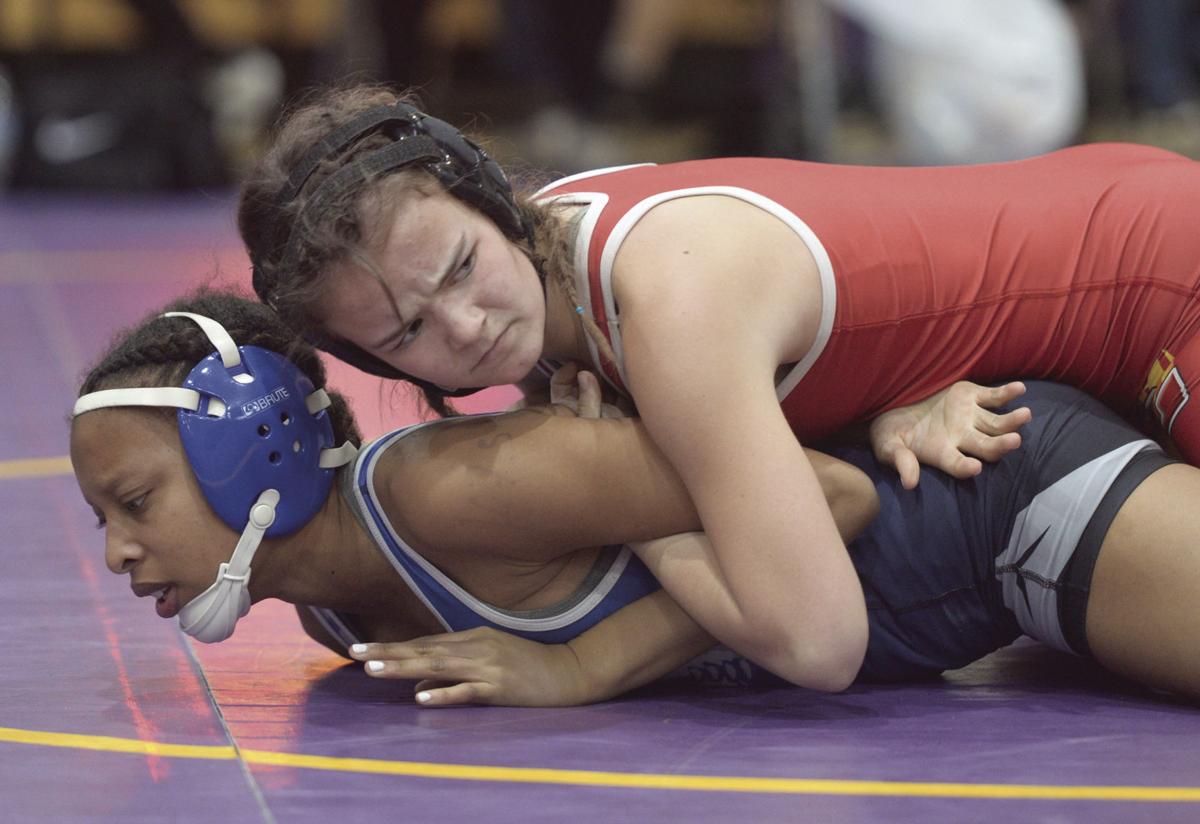 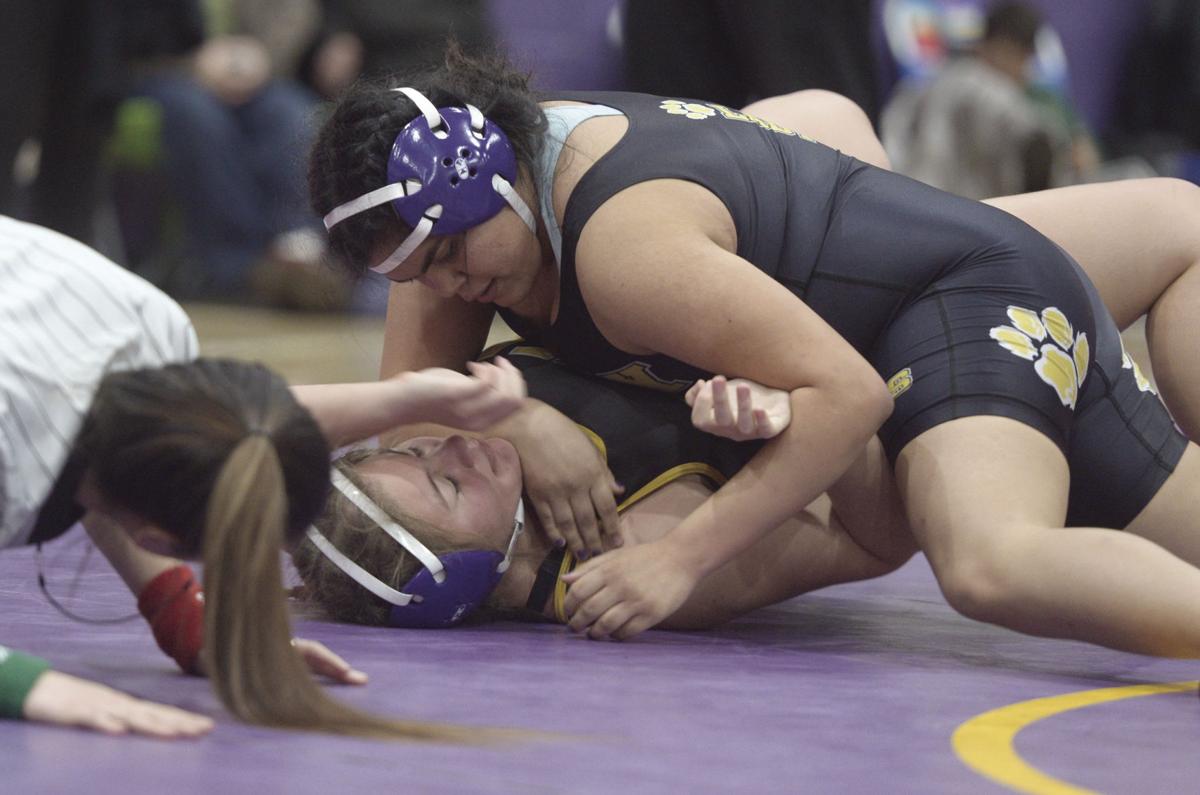 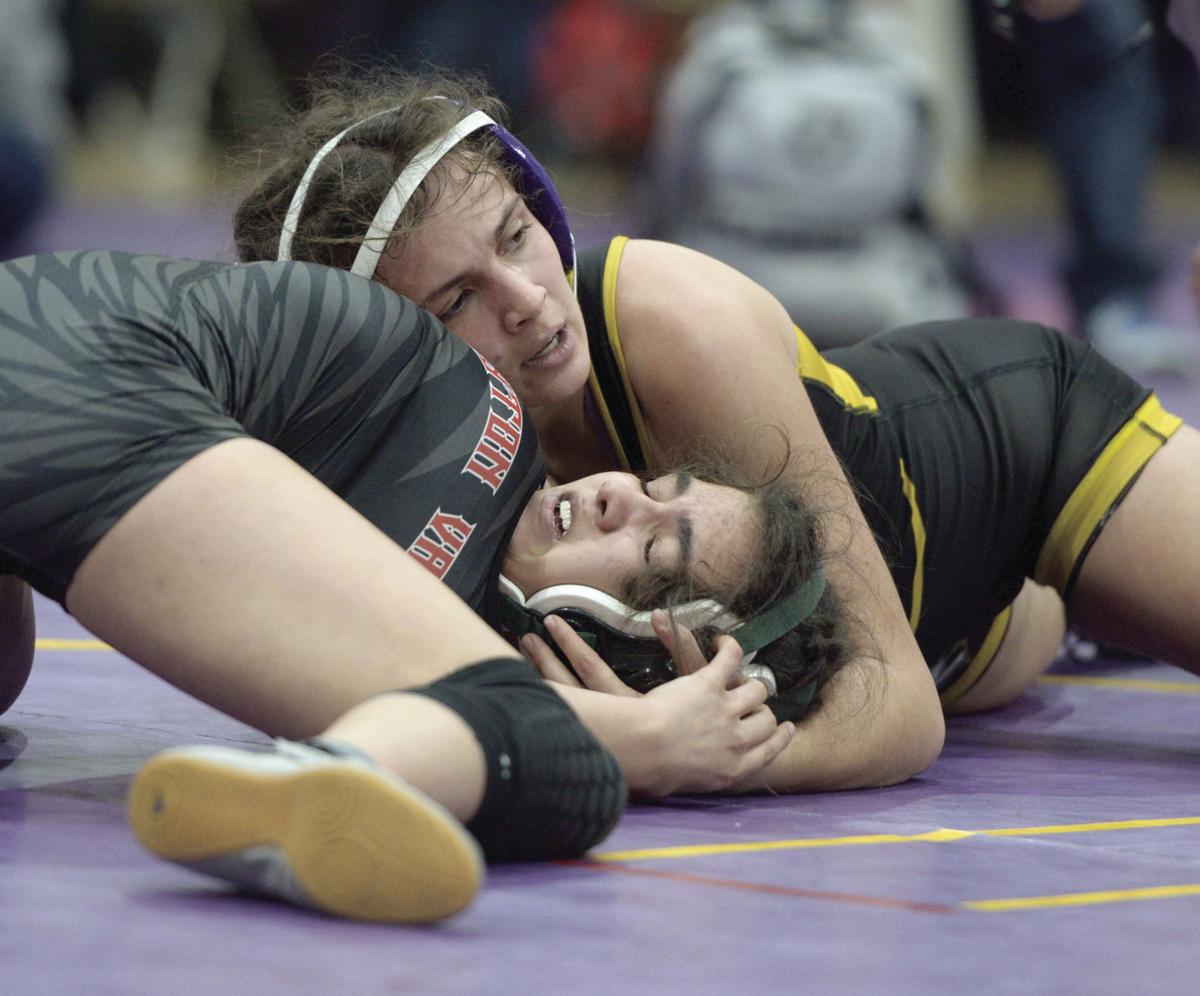 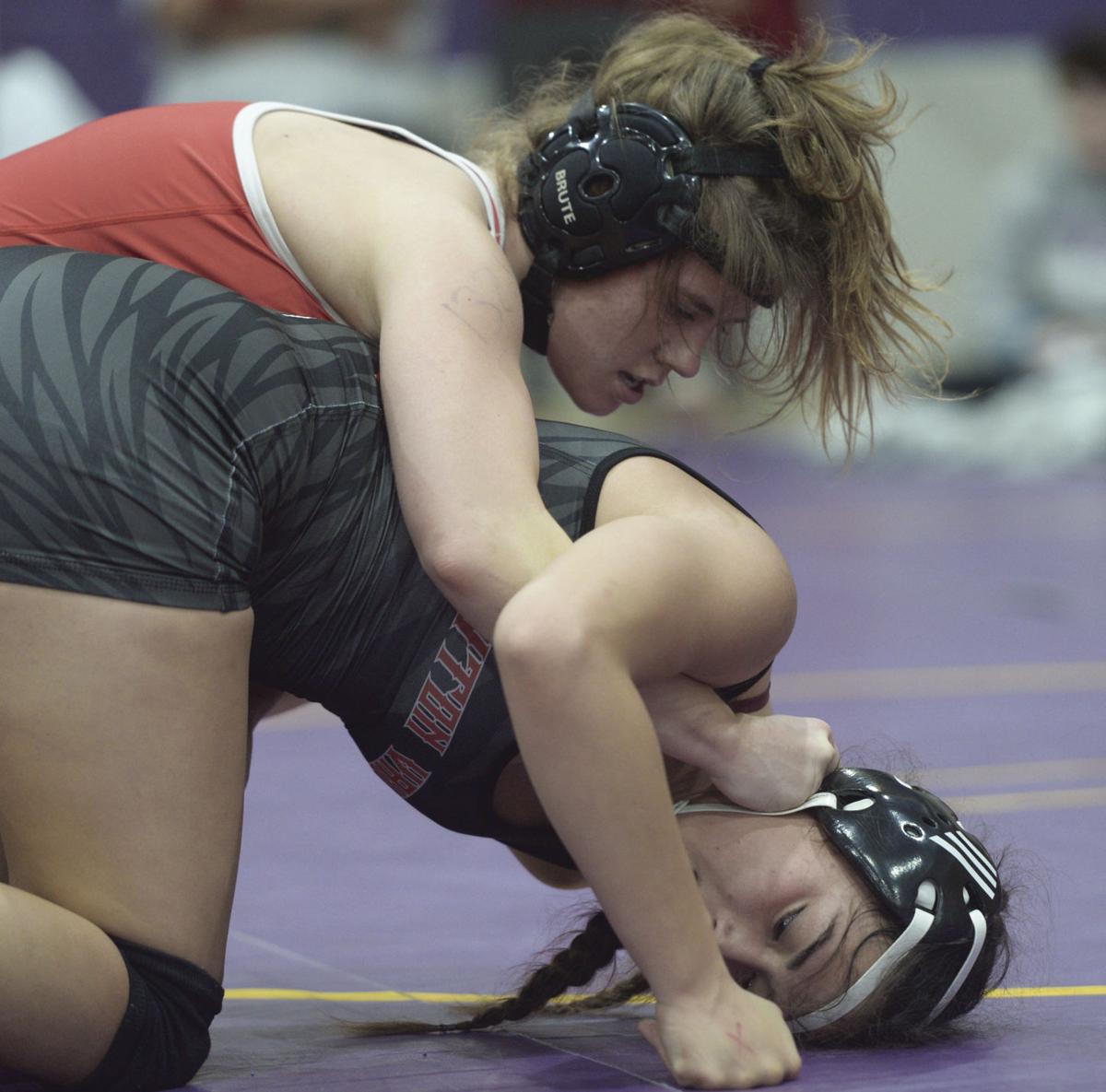 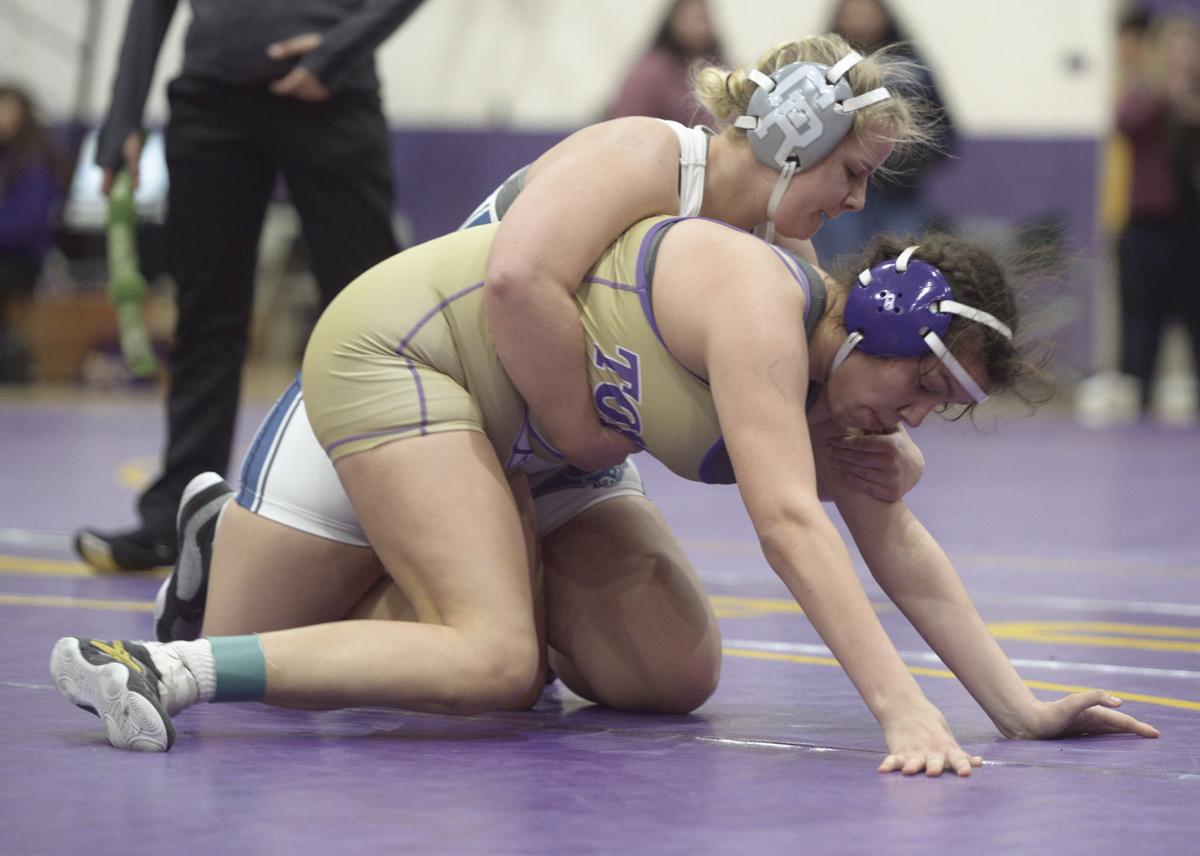 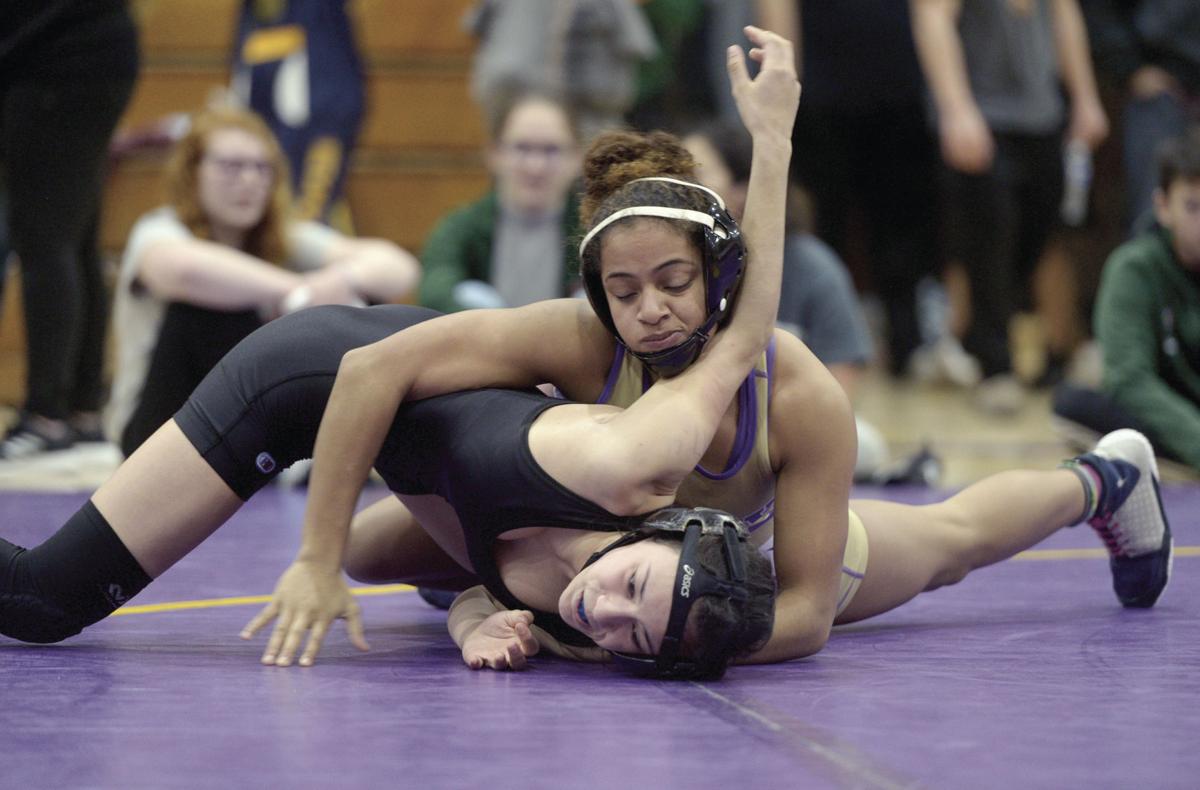 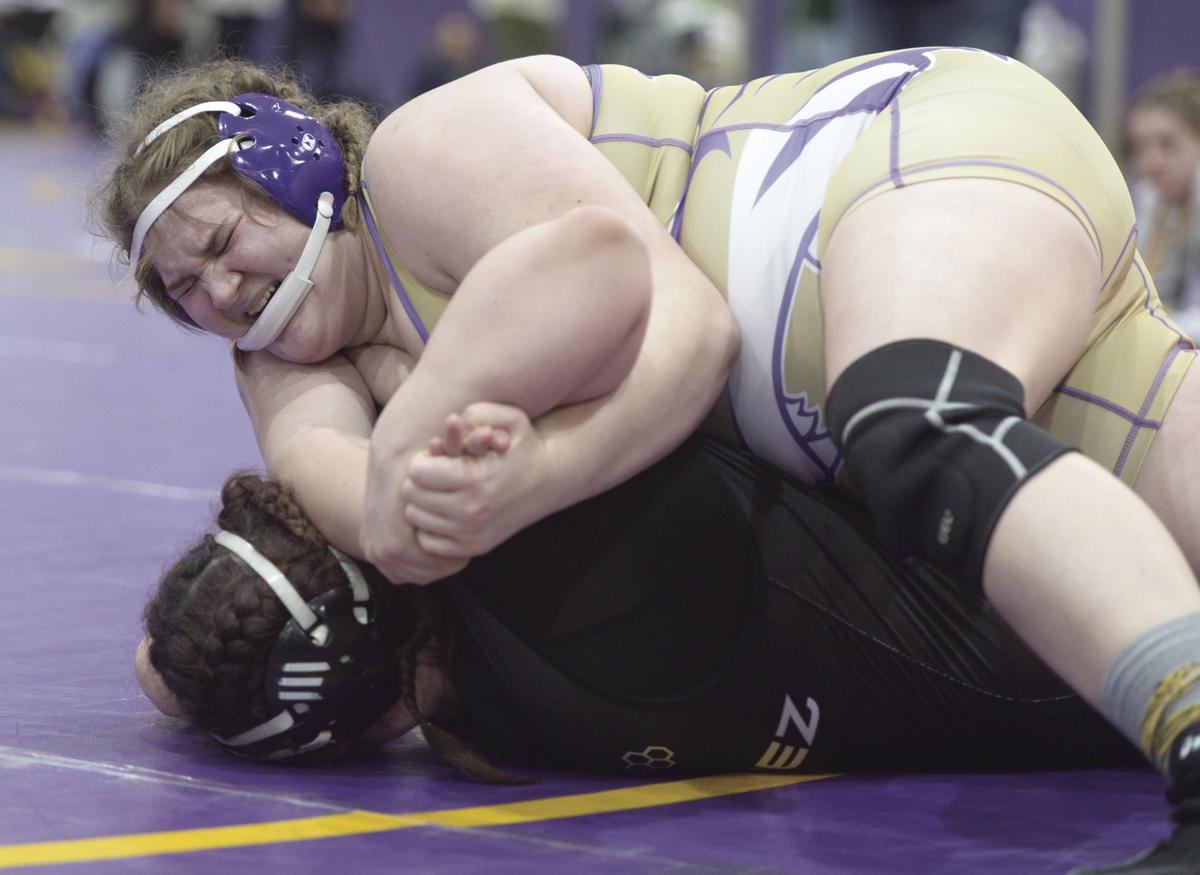 Members of the Tokay High girls wrestling team have started to see the benefits of their hard work halfway through this season.

Hosting the sixth annual Tokay Lady Tigers Invitational at The Jungle on Saturday, two of three Tigers won championships in their weight classes. There were a combined 12 Tokay girls who took eighth place or higher at the invitational.

In addition, five Lodi High girls wrestlers also placed in the top eight of their weight classes. That included one third place and one fourth place finishers.

Tokay’s Samira Mason (118-pounds) won her class and finishing with a perfect 4-0 record when she posted a major decision win at 13-0 over Dixon’s Isabella Ngo. Mason only had one loss this season.

“She’s been doing fantastic lately,” said Tokay coach George Bozovich of Mason. “One of the most athletic kids I’ve ever coached.”

Mason jumped out to a 6-0 lead on Ngo in the first round. The score remained the same in the second round. Then Mason registered the last five points in the third round; a takedown and reversal and one escape.

Before the championship match, Mason won two of her three matches by pins.

Cassidy Curtiss (235) was the other Tokay wrestler who won their weight class. Curtiss, a junior, went 2-0, pinned Rodriguez of Fairfield’s Amina Raleb with 1:05 left in the third round of the championship match.

“All summer she worked out,” said Bozovich of Curtiss. “She’s making up for some of the losses she had last year.

Another top finisher for Tokay was Arriana Galvan (172), who took second place. Competing against Casa Roble of Orangevale’s Tara Johnson in their championship bout. Johnson held leads of 2-0 the first two rounds. She recorded a takedown in the third round, which led to a 4-0 win over Galvan.

Ahnika Greenley (123) finished 4-1 and a third place finish for the Tigers. She pinned Elk Grove’s Kai Seto in their final match.

Gabrielle Medeiros (103) took fourth place for Tokay, finishing with a 3-2 record. In her final match Saturday, Medeiros competed against Madera’s Maddie Avila, who won the bout by decision. Another Tokay wrestler who had a fourth place finish was Katelyn Collette (108), who also finished at 3-2. River City of West Sacramento’s Camiya Cook pinned Collette in the third place match.

Another fourth place finisher for Tokay was Marcela Isordia (191), who faced Wood of Vacaville’s Kailee Rivera in their third place match. Rivera won by pins over Isordia (3-2 at the invitational).

Tokay had two weight classes in which teammates faced each other.

At 152, Madelyn Evans was going to face teammate Tayler Marshall competed for third place. Evans, who went 3-1 at the invitational, beat Marshall (2-1) by forfeit.

In the seventh place match at 139, Tokay’s Valeria Flores and Cynthia Isordia faced each other. Flores picked up the win, as she defeated her teammate by decision.

Bozovich feels that Mason and Curtiss, along with the rest of their teammates, are pulling their weight in practices and extra time they practice on their own. He strongly feels that their success will continue now that the season is at a halfway point.

“The big show starts in about another month,” said Bozovich, referring to the Tri-City Athletic League, Sac-Joaquin Section divisional and Masters’ tournaments and the California Interscholastic Federation State Championships. “The biggest thing is to keep them all healthy and getting them prepared.”

Leiana La Londe (128) led the way for Lodi, taking third place with a 4-1 record. In her last match on Saturday, La Londe was leading Orland’s Naylen Ramirez 6-2 before winning the match by pin in the second round.

At 133, the Flames’ Elizabeth Decko took fourth place and finished with a 2-2 mark. Elora Parises (172) grabbed fifth place and going 2-2 at the invitational.

Pamela Decko (108) and Emely Zavala (191) each took seventh place in their respective weight classes. Decko posted a 3-1 record and Zavala 2-1.

No official team points were kept at this year’s invitational.