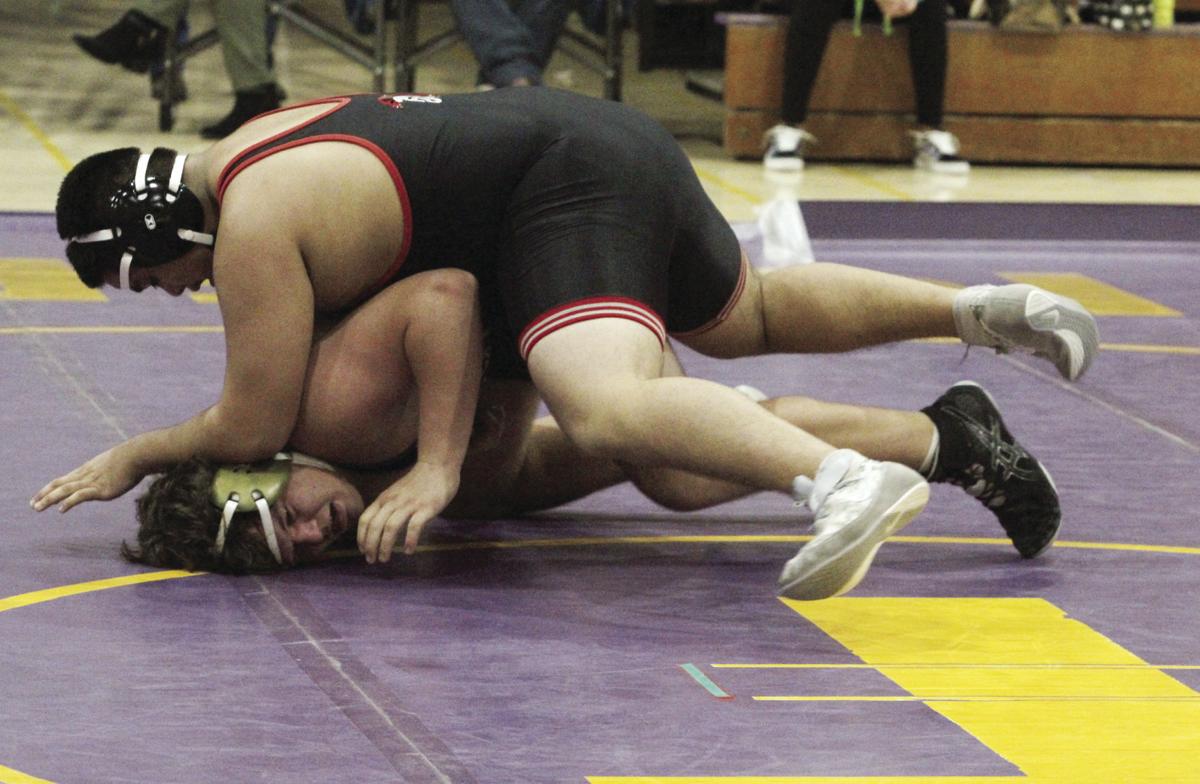 Tokay's Billy Ward tries to roll over from Lincoln's Lorenzo Godina in their 220-pound match of Wednesday's TCAL wrestling contest at The Jungle. 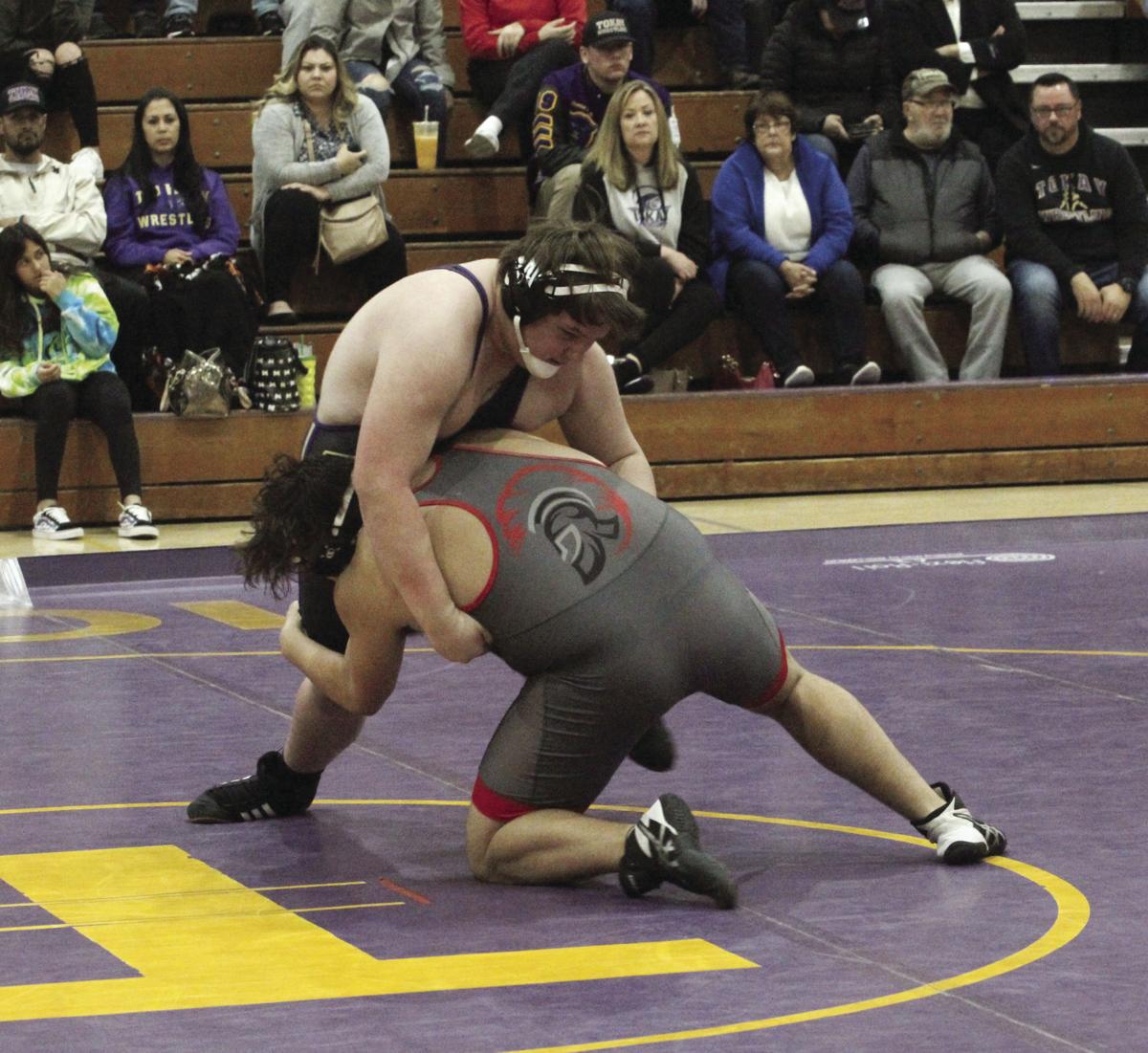 Tokay's JJ Mikbel tries to pick up Lincoln's Adam Cearley in their heavyweight bout in Wednesday's TCAL wresting contest at The Jungle. 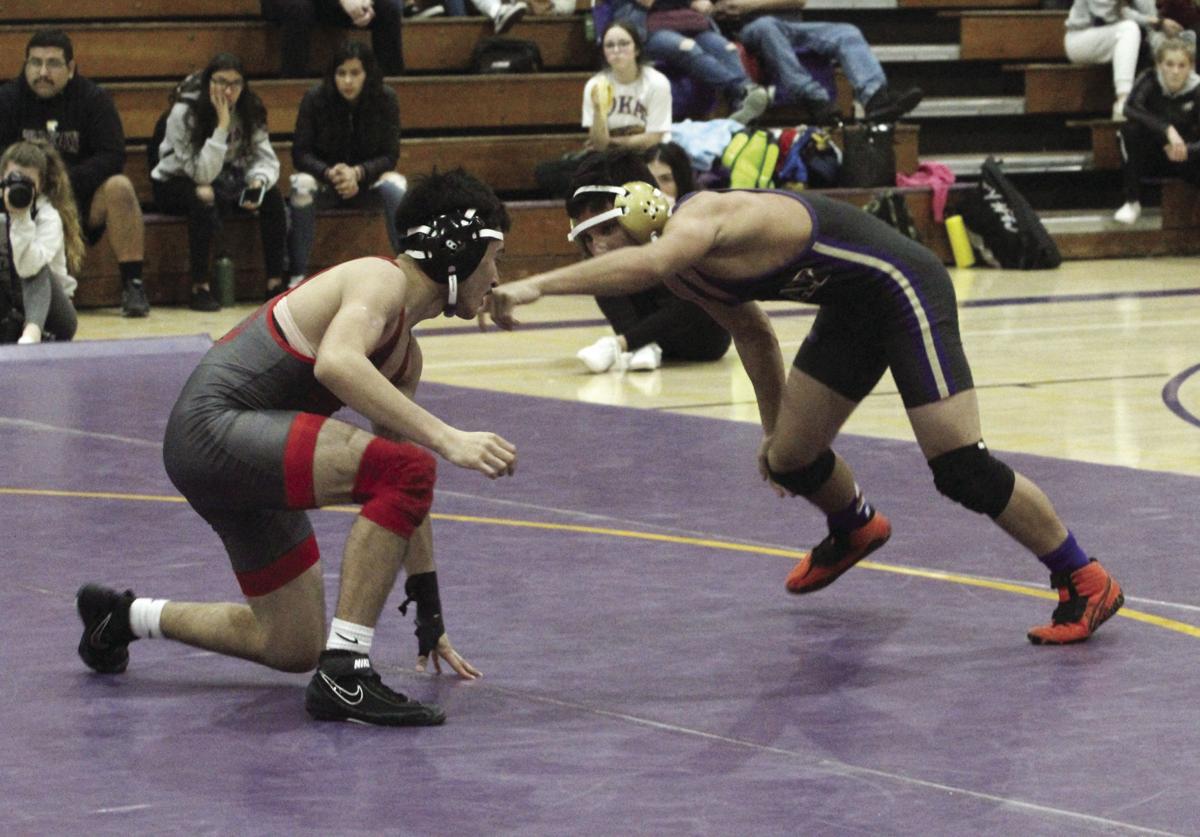 Tokay's Billy Ward tries to roll over from Lincoln's Lorenzo Godina in their 220-pound match of Wednesday's TCAL wrestling contest at The Jungle.

Tokay's JJ Mikbel tries to pick up Lincoln's Adam Cearley in their heavyweight bout in Wednesday's TCAL wresting contest at The Jungle.

There were two more matches that Tiger wrestlers gave it all they could. But those were the only bright spots against Lincoln, which jumped out to a fast start and posted a 64-12 win over Tokay. The win keeps Lincoln perfect in TCAL dual meets, with two dual matches left.

“We’re a young team,” said Tokay coach Ed Carlos. “They beat us, no excuses. They handed it to us pretty good.”

One of the close matches for Tokay (1-2 in the TCAL, 1-3 overall) was at the 220-pound class between Billy Ward and Lincoln’s Lorenzo Godina. Both tried various moves to bring the other off his feet. But they spent most of the three rounds with their arms on the other’s shoulders and pushed the other out of bounds. Godina came away with a 5-2 decision win.

Another good match was at 120. That was between the Tigers’ Kristian Gonzales and Silverio Godina. In the first round, each wrestler recorded points off escapes that led to a 3-3 tie.

In the second round, Gonzales recorded his final two points two more escapes. But Godina also had a repeated effort of Gonzales, as the Trojan led 7-5. The third round saw Godina rack up the final points to post an 11-5 decision. That gave Lincoln a 52-12 advantage.

The Trojans won the final two matches by pins in the 126 and 132-pound classes to finish the dual meet.

Another close match for Tokay was at 152, as A.J. Galvan took on the Trojans’ Jackson King. The two wrestlers went to the third round, then King pinned Galvan halfway through the round. That built Lincoln’s lead to an 18-0 score.

Lincoln dominated the middle-weight classes after the 152 bout. The Trojans won the next three weight classes with pins in the first round for a 35-0 lead.

The Trojans also won the heavyweight class by pin in the first round and 106, also by pin, in the second round.

Tokay has won the last three TCAL titles. Lincoln would need to lose its next two league dual meets and Tokay wins out to have a chance of having identical records going into the league meet on Saturday, Feb. 8 at Tracy.

Carlos looked at this process as the same that Lincoln experienced in recent years before it has dominated the league this season — learning process.

“You win like a man, you lose like a man and you move on,” Carlos said. “We tip our caps off to them. We’ll do the same thing we have been doing: Work hard and trying to get better. This is how you get better.”