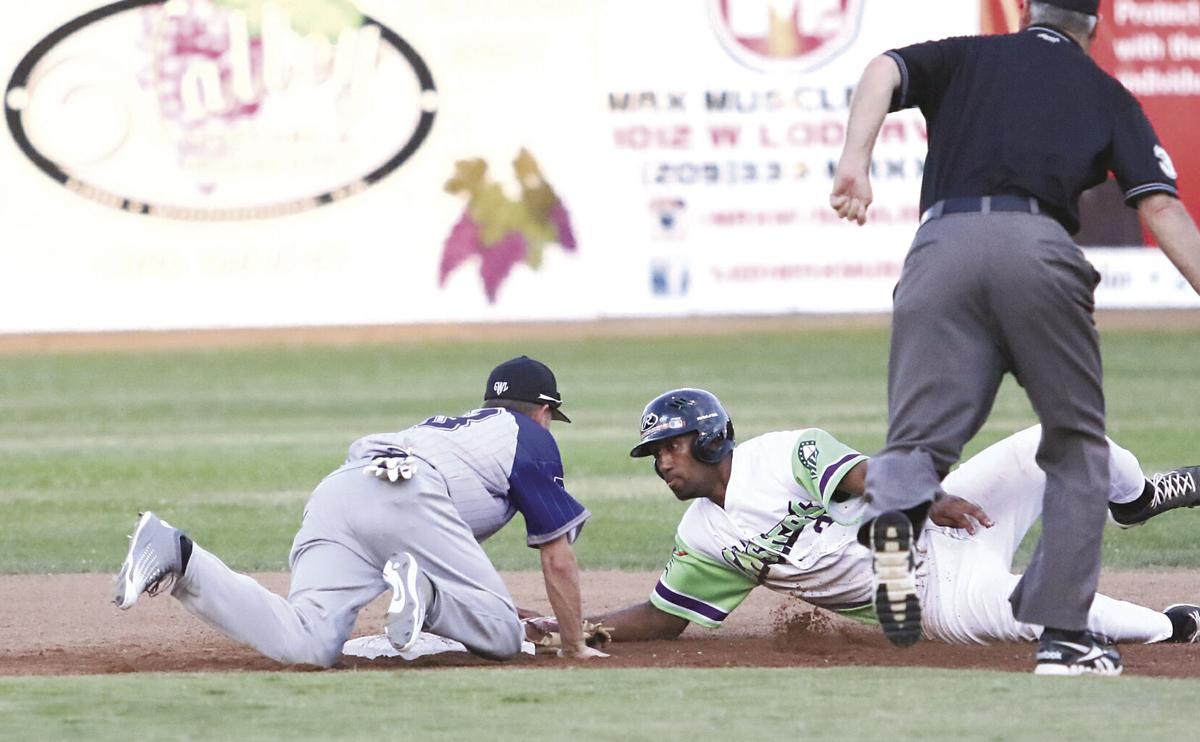 Gasberth Pacheco of the Lodi Crushers slides into second base during Friday's Great West League opener against the Sacramento Stealth. 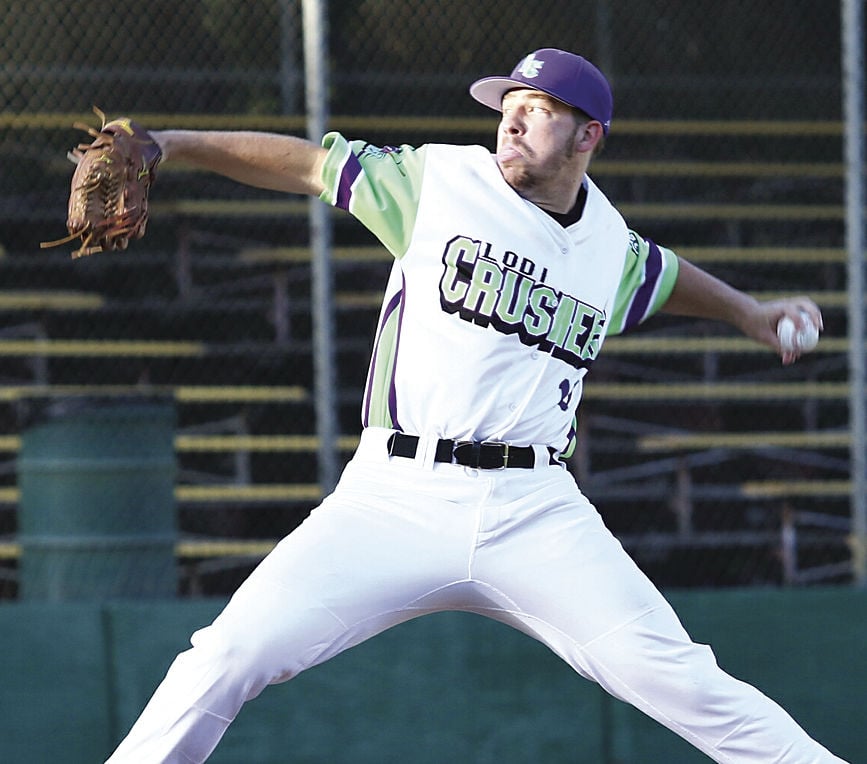 Starting pitcher Travis Magnuss rears back for a pitch during the Lodi Crushers' Great West League opener against the Sacramento Stealth on Friday, June 3, 2016 at Zupo Field.

Gasberth Pacheco of the Lodi Crushers slides into second base during Friday's Great West League opener against the Sacramento Stealth.

Starting pitcher Travis Magnuss rears back for a pitch during the Lodi Crushers' Great West League opener against the Sacramento Stealth on Friday, June 3, 2016 at Zupo Field.

In front of approximately 150 baseball fans, Lodi Crushers president Jack Donovan ushered in the era of the Crushers in Lodi.

Heather Panlla followed, as she threw out the ceremonial first pitch.

Finally — the words players, coaches and fans awaited to hear from the umpires — let’s play ball!

That’s what the Crushers did against the Sacramento Stealth in the Great West League opener. Scoring most of their runs in the fourth and fifth innings, the Crushers crushed the Stealth 16-2.

Leading 2-0 entering the bottom of the fourth inning, Lodi (1-0 in the GWL) scored five runs off four singles. One of those hits came off the bats of Lodi High graduate Brett Young, who was part of the Delta College baseball squad that played in the California Community College Athletic Association championships. The others were Joe Montes, Casey Meyer and Ryan Koch. That cushioned the Crushers’ lead to 7-0.

Moving to the following inning, Lodi had three hits. One of which was a double deep to left field by designated hitter Gasberth Pacheco. The other two were base hits from Kaelan Crisosto and Young. Reaching first base on walks were Meyer, Young and Koch. All of which contributed toward a 15-0 score.

On the mound, the Crushers’ Travis Magness tossed the first five innings to get the win. Matt Huss finished the final four frames.

Before the Crushers and Stealth took to the field, Donovan thanked local and regional businesses to help bring back college baseball back to Lodi.

“They helped us our way through,” Donovan said. “The front office did a great job in putting all of this together. We hope to have a great season.”

In between every other half inning, fans were treated to various games on the field. From a baserunning contest between a little girl and Crusher, the Crushers’ mascot to a shopping cart race to base. There was a roll the big tire down the first base line contest, too. Another fun-thrilled event that allowed two pre-teen boys to participate was the shopping cart race in right field.

For the children who didn’t want to watch an entire nine inning baseball game, they slid up and down and bounced around in a bounce house behind the home bleachers. Toward the end of the game, members of the Crushers’ staff handed out free T-shirts to fans in the stands.

“We really wanted to be a family oriented place,” said Maddie Boucher, who oversees marketing for the Crushers. “

Boucher added that at the Crushers’ remaining 29 of their 30 home games this season, more promotional items and events are scheduled to take place.

What would a baseball game be without food? And plenty of it. A local taco truck vendor and a Lodi area restaurant served delicious entrees; from tacos and burritos to tri-tip and chicken sandwiches. For people who wanted to eat something light, then eat more after the game, the snack bar was opened that sold candy, popcorn and sodas.

The Crushers and Stealth return to league action today and Sunday to close out their three-game series. Lodi takes Monday off, but resumes GWL action next Tuesday through Thursday at the Marysville Gold Sox.