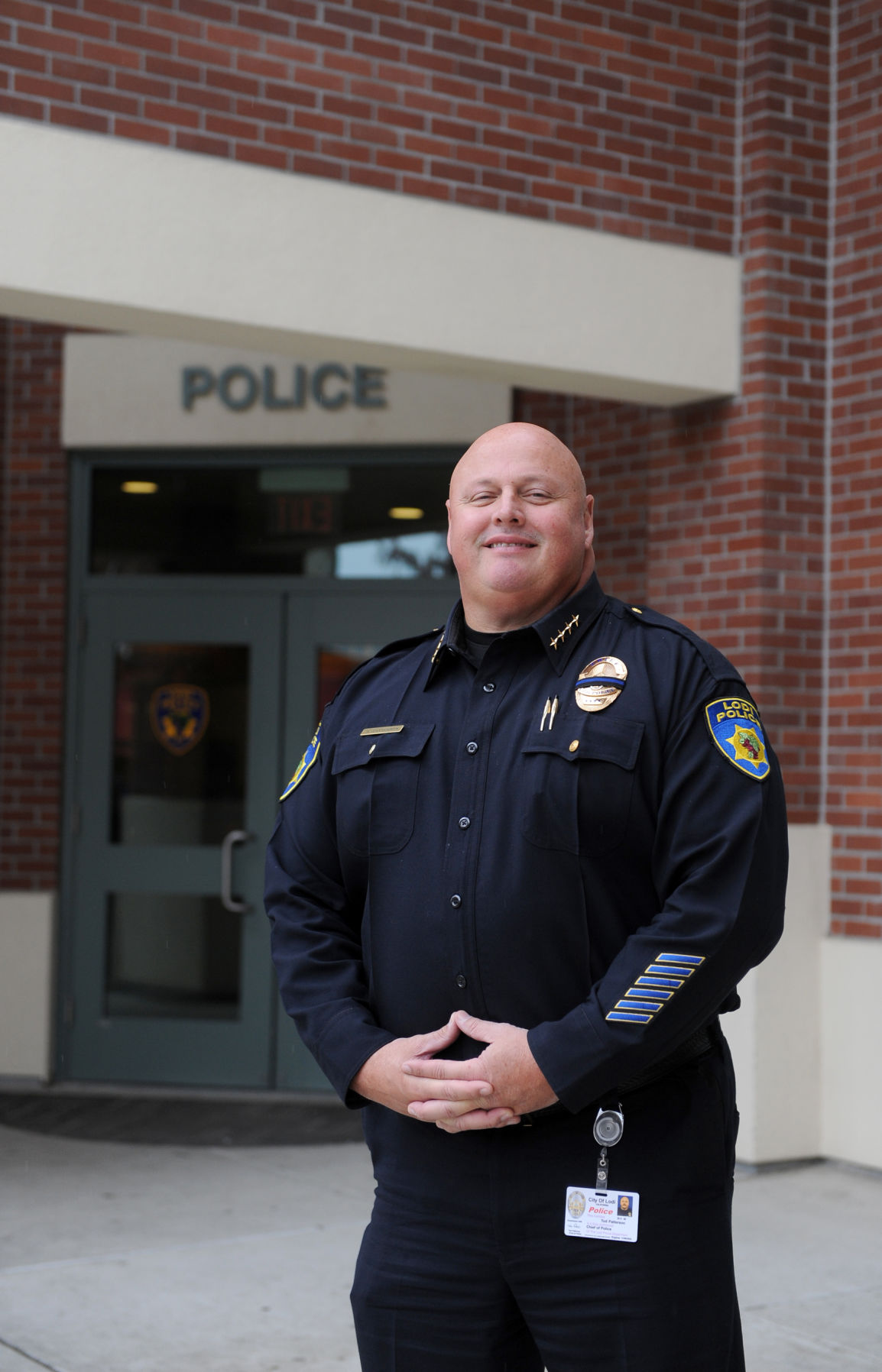 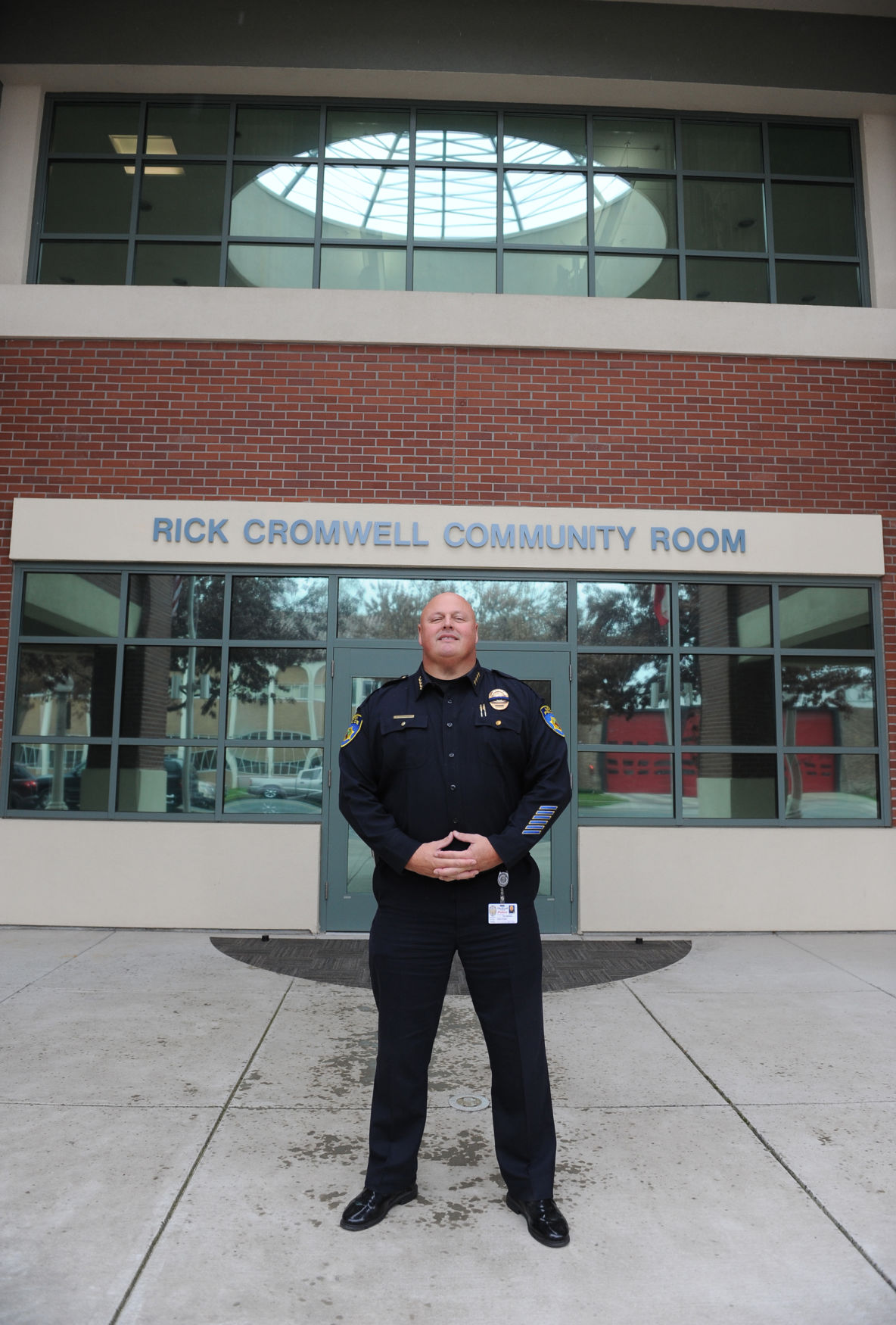 Lodi Police Chief Tod Patterson said that in his more than three decades in law enforcement, he never once thought about leaving the city for another agency.

But come spring, he will be leaving, although it won’t be to another department.

Patterson will retire from the department on May 1, after five years as chief. The announcement was revealed at last week’s badge-pinning ceremony.

“This is my 33rd year, fifth as chief, and I’m just extremely pleased with where this department is now,” Patterson said Tuesday. “This department used to be very close-knit, and for a few years we seemed to get away from that. But over the last few years be brought a lot of old systems and programs back to return us to a department the community could be proud of.”

Some of those programs, he said, include reinstating open houses that allow residents to take tours of the police department, as well as reopening the citizens’ academy, providing Lodians the opportunity to learn more about law enforcement.

However, what Patterson is most proud to have accomplished during his time as chief, was to help get Measure L passed in 2018.

“I just want the city of Lodi to know how appreciative we are of them for the passage of Measure L,” he said.  “Before Measure L, we were extremely understaffed, and now we will make sure we can provide as much service to the community as we can.”

Approved by Lodi voters in 2018, Measure L increased the city’s sales tax from 7.75 cents a dollar to 8.25 cents a dollar. It is expected to generate and $5.4 million annually for the city’s general fund, and pay for services such as police, fire, parks and the library.

In addition, Patterson was proud of the department’s efforts to reduce gang arrests. Last year, officers investigated just 16 incidents related to gang activity, down from 44 in 2017. Those 16 incidents were a significant decrease from the record 270 cases investigated in 2011.

The Lodi Police Foundation also helped the department secure funding for its BATT vehicle and bomb disposal robot, he said.

Patterson grew up in Rio Vista, where he played football, baseball and other sports in high school.

He earned a football scholarship to New Mexico State University in Las Cruces, but when it came to a profession, he followed in the footsteps of his father, a Rio Vista police officer.

He attended the police academy and joined the Solano County Sheriff’s Office, but landed a position with the Lodi Police Department in 1990.

He worked nearly every beat and position in the department over the years, including bicycle patrol and watch commander. He was promoted to captain in 2012, a position that had been open for two years.

Patterson took over as chief from Mark Helms, who retired in 2015.

When he leaves, Patterson said he’s “looking at a couple of things” to do.

“I have people I’ve been in contact with for another job,” he said.

“My wife is still going to work, so I need to do something with my time, and I’ve got a small job as a driver for someone in the community. But really, I think I just want to slow down and maybe travel some more.”

Patterson said after 33 years, he is going to miss the people with whom he has worked, thanking his colleagues for having the trust and support for his ability to lead the department.

“I really enjoy what I do,” he said. “I’m extremely proud of this department. We are a family, and I’m going to miss just not being around everybody and not being able to interact with them every day.”