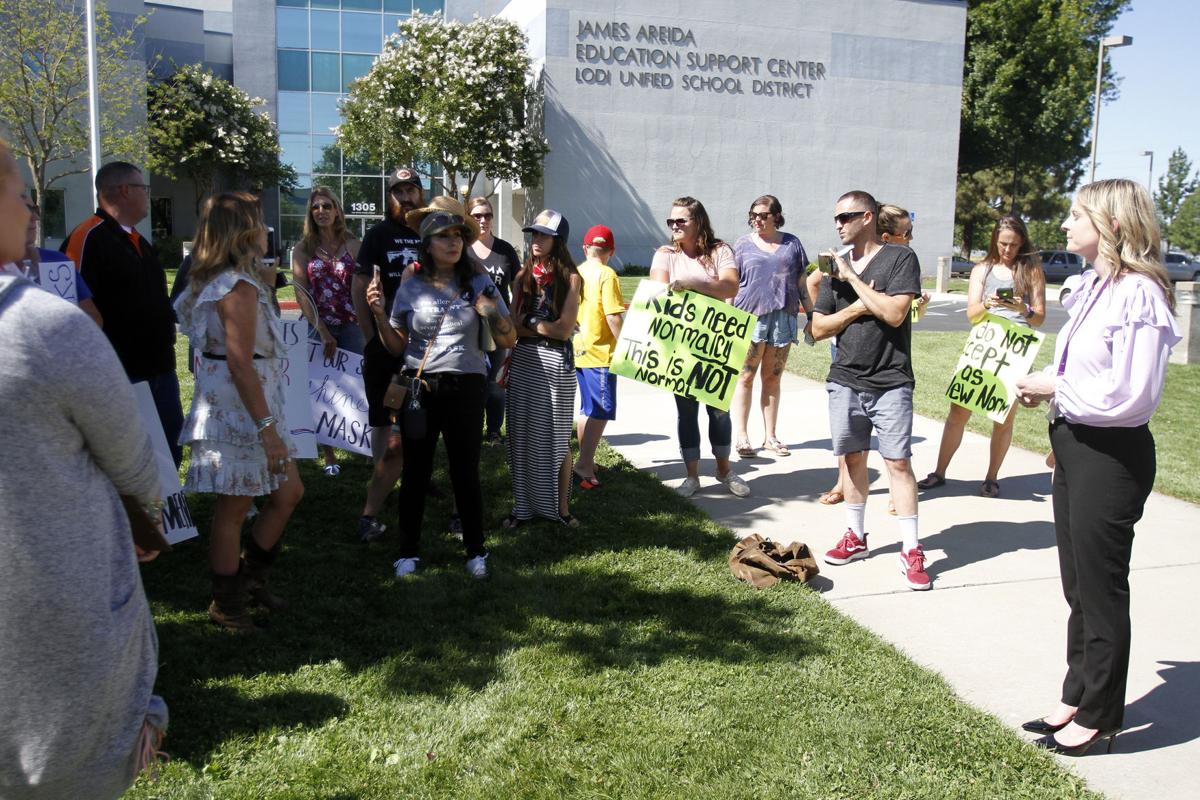 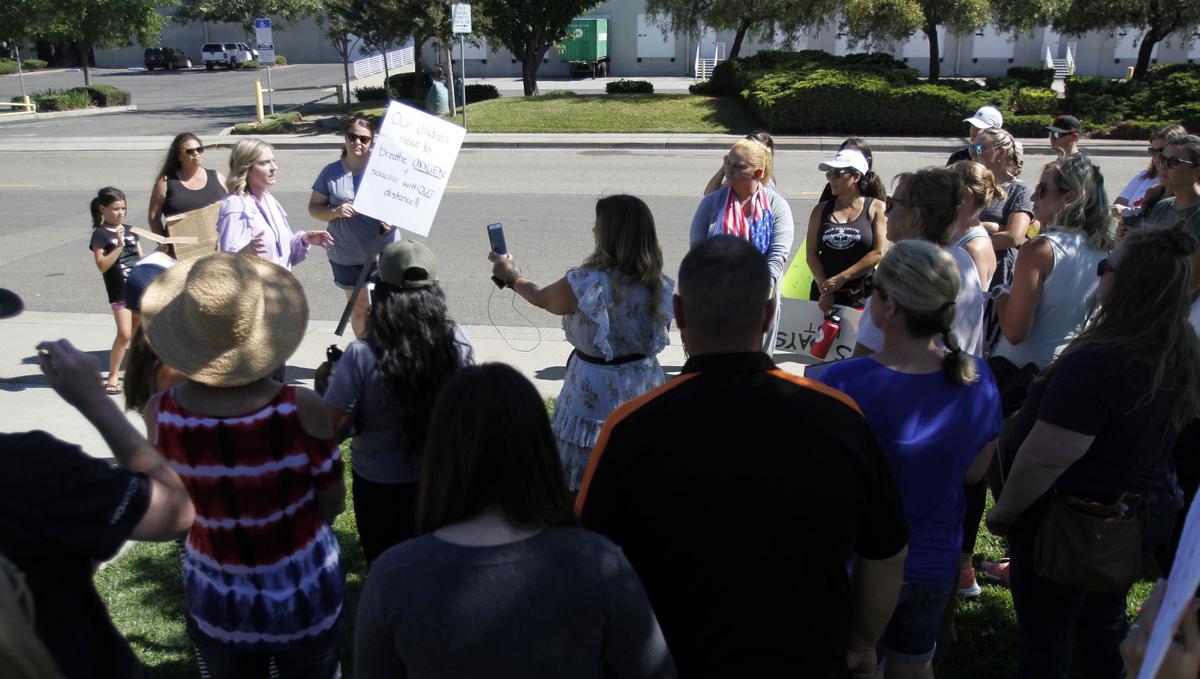 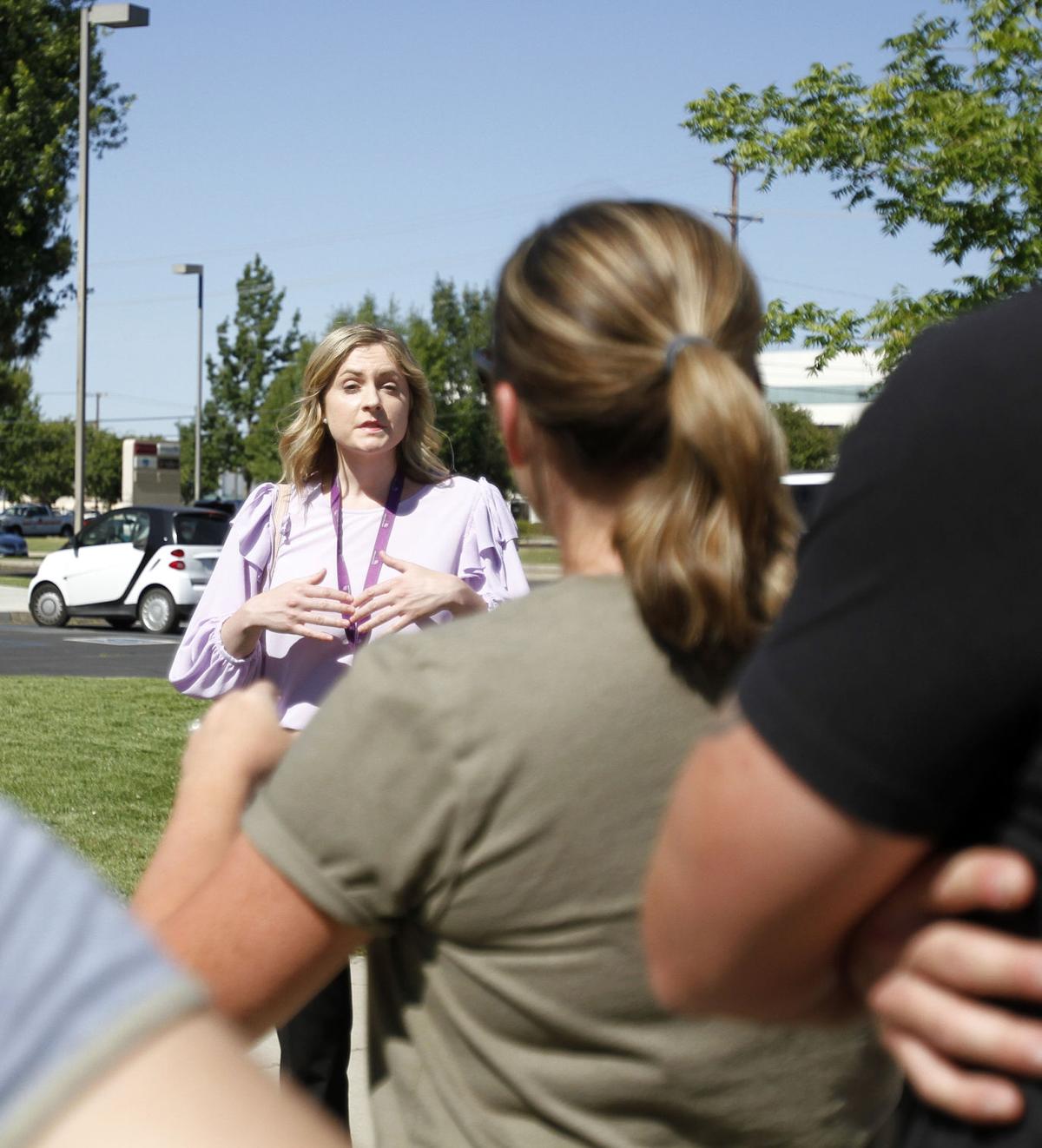 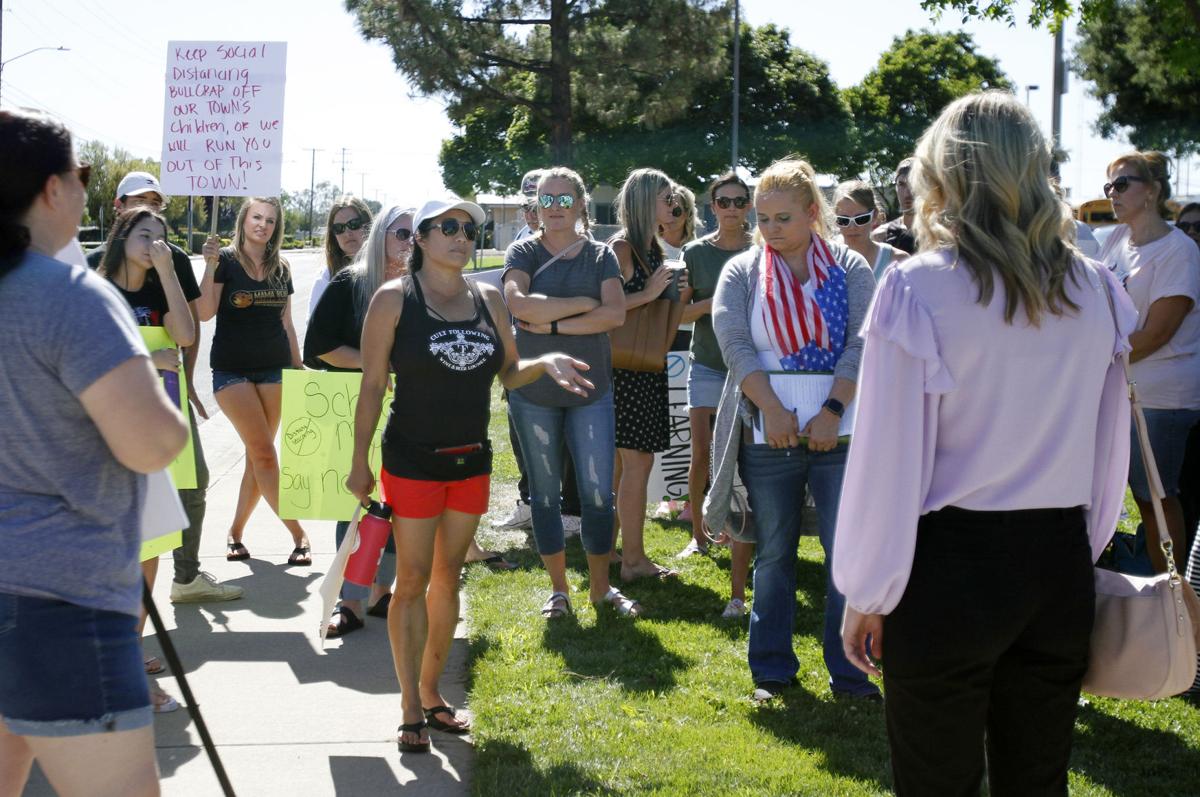 A group of about 50 parents, students and family members converged for a protest at the Lodi Unified School District offices on Tuesday.

The demonstrators’ main concern was the district’s plan for the fall semester, and what the district is planning to end distance learning and get students back in the classrooms.

Lodi Unified is weighing its options for coming back from the COVID-19 pandemic shutdown, focused on whether to continue with distance learning or go to a hybrid of in-person instruction and remote teaching.

For about two hours, district spokeswoman Chelsea Vongehr stood outside the district offices answering what questions she could and addressing concerns. Those concerns ranged from the mental health of children sitting in front of screens all day to the lack of a plan for the fall semester, which is scheduled to start in early August.

“Things keep changing, and we are abiding by the guidelines that have been put forth by our health officials, and coordinating with the county office of education, as well as listening to guidelines from California Department of Education,” Vongehr said. “So we’re working with different agencies to make sure we are complying and we’re doing what has been put forward by our health officials.”

But the protesters were most interested in talking with board members directly, with many saying they have not received responses from district leadership about questions they have.

Another protester, Jenny Miller, requested a public town hall meeting to address the concerns of parents in the district. Several students spoke to Vongehr as well, with one telling her about increased rates of depression and suicide among students, and several others telling her that it seems like their classmates don’t care about online learning.

“It’s our board’s intention to have as much in-person instruction as possible, if health guidelines allow,” Vongehr said.

Parents raised concerns about the possibility of mandatory COVID-19 testing before returning to school. Others had questions about how money is being allotted when attendance numbers are hard to keep, and a handful likened social distancing rules to psychological abuse.

But the comment that kept coming up was that the protesters felt there was a lack of communication between the school district and the public.

“If they’re not going to meet us on the grass, we’ll take it to their homes,” one protester said.

Vongehr said the district is doing what it can with a changing situation, and results of online parent surveys regarding several options for a return will be out soon.