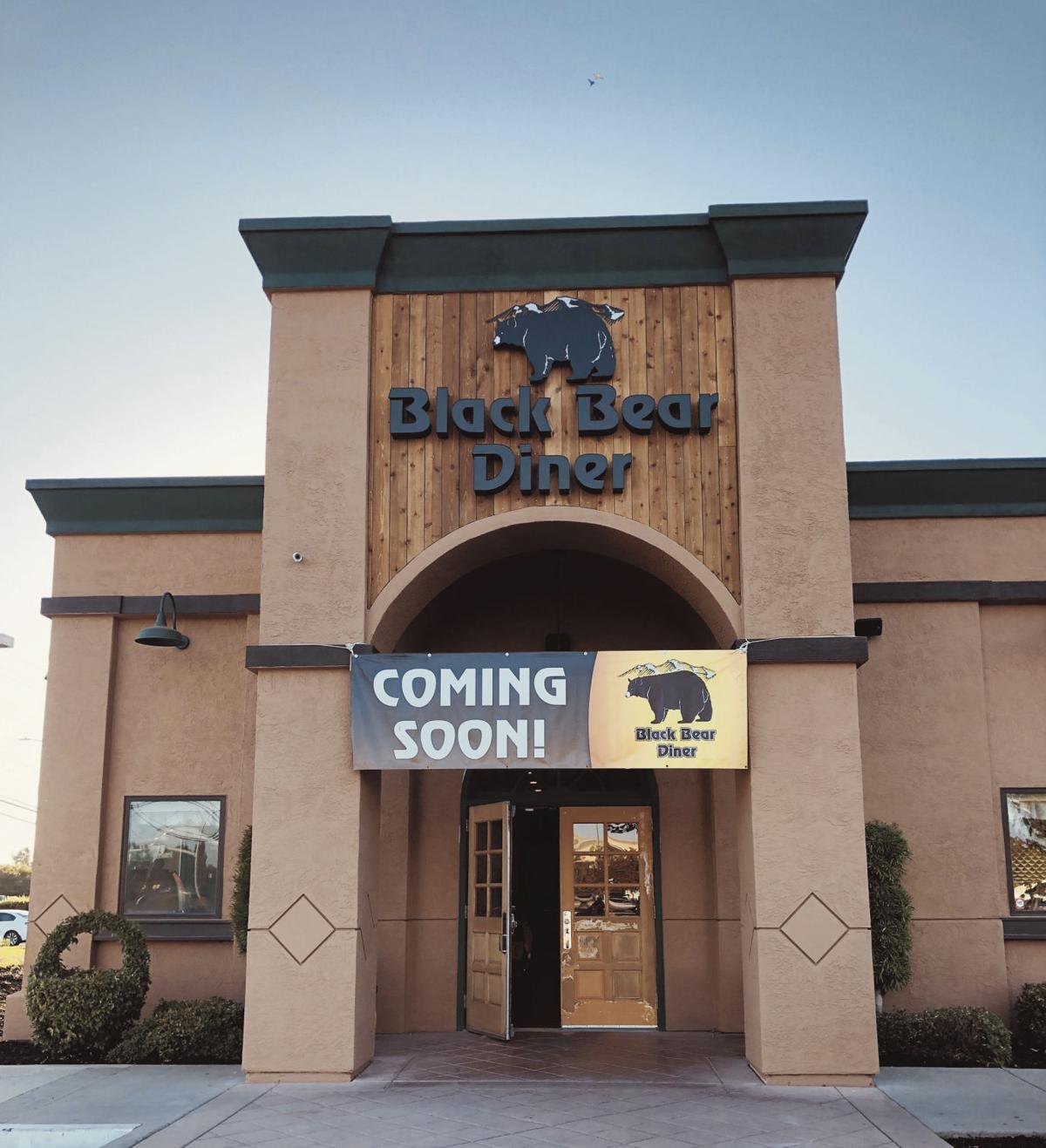 The Black Bear Diner is set to open on Oct. 7. The diner is located in the Lodi building on West Kettleman Lane that was formerly Coco's Bakery. 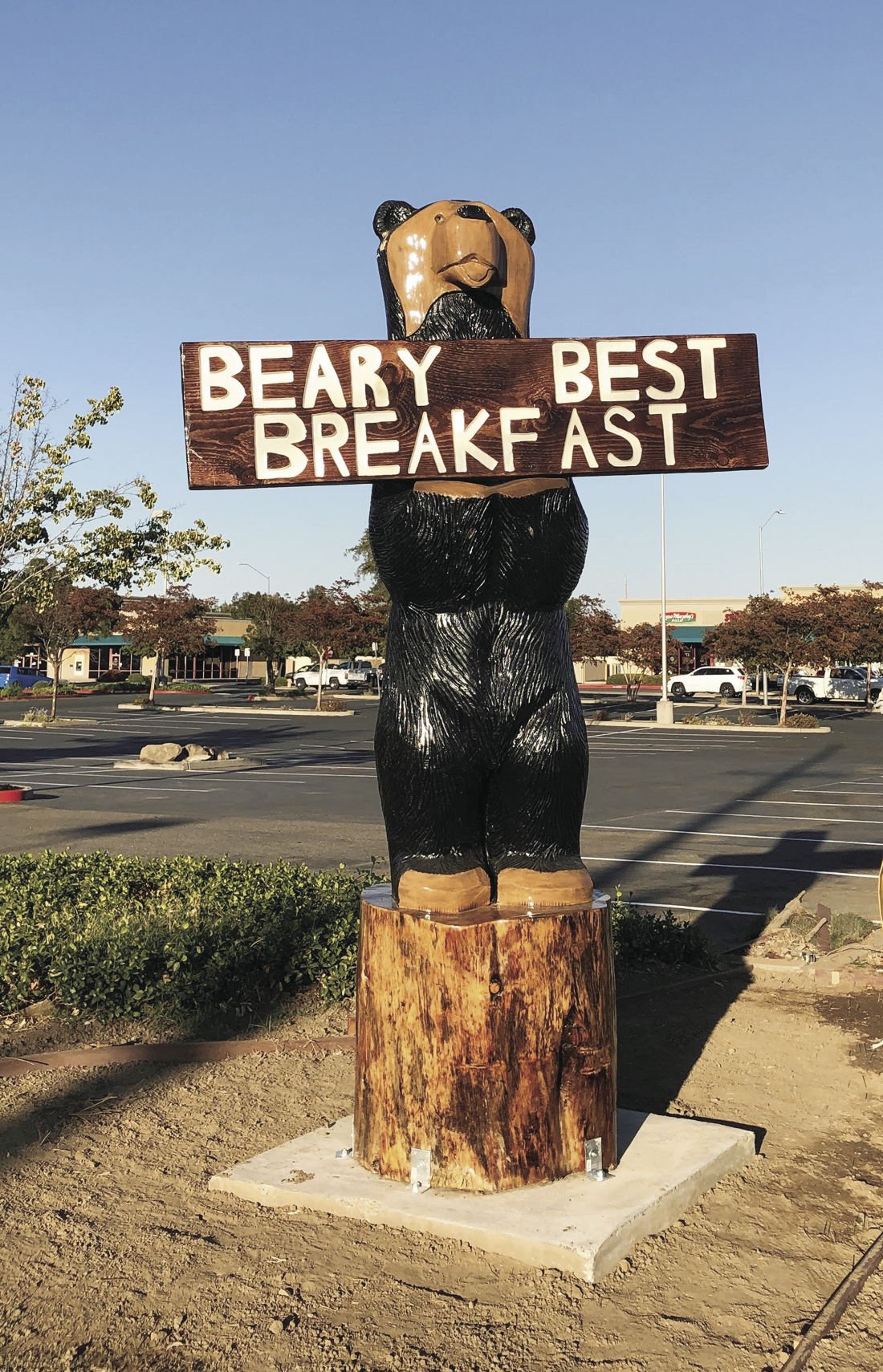 A 12-foot black bear statue, that was carved with a chainsaw by artist Ray Schulz, is visible to passers by on West Kettleman Lane in front of the new Black Bear Diner in Lodi.

The Black Bear Diner is set to open on Oct. 7. The diner is located in the Lodi building on West Kettleman Lane that was formerly Coco's Bakery.

A 12-foot black bear statue, that was carved with a chainsaw by artist Ray Schulz, is visible to passers by on West Kettleman Lane in front of the new Black Bear Diner in Lodi.

Whether you prefer pancakes to waffles, eggs over easy or scrambled, you’ll likely be able to find whatever feeds your fancy at the new Black Bear Diner.

Following months of interior renovations and cosmetic updates, the diner is scheduled to open its newest location in Lodi on Oct. 7, according to Black Bear Diner owner and restaurateur Burt Benepal.

As a restaurateur, Benepal owns and operates six Black Bear locations throughout the Central Valley, including locations in Manteca, Modesto, and Turlock.

He says he is accustomed to the diners’ fast-pace service, policies, and practices, and is excited to hit the ground running as newly hired employees begin job training early next week.

Benepal, who is also the president and CEO of California’s Restaurant Companies, Inc. — a restaurant group based in the San Francisco — said the concept of opening a Lodi location was inspired by the vacant property on West Kettleman Lane that was formerly Coco's Bakery.

Due to its visibility from the main street, and the bustling shopping center surrounding the building, he felt it would be a prime location for his next franchise.

He also felt the city offered a unique small-town charm that the Black Bear Diner could thrive in.

“It is important to find a location that offers a community feel to it and fits the concept of the diner,” Benepal said.

The first Black Bear Diner opened in Mount Shasta in 1995 and was founded by Bruce Dean, Bob Manley, and Laurie Manley. The trio focused on providing fresh ingredients for their classic home-style dishes.

Benepal believes the buzz of excitement around the diner’s opening is sparked by the food and its quality ingredients.

“The food speaks for itself. It’s comfort food with fresh ingredients, which is what attracted me to the concept and model initially,” Benepal said.

The vast menu offers a variety of entrees and diner classics, from omelets and French toast to chicken fried steak and salads. The diner provides an assortment of dishes for any meal of the day, with breakfast served all day.

Benepal also believes the service offered at the diner sets it apart from other corporate-owned chain diners.

“The service we provide is why we are very successful, and why we are competitive in the dining markets,” Benepal said.

According to CRC Inc., the six Black Bear Diners that Benepal owns have generated over $20 million annually.

“We lead the Black Bear Diner chain in all categories, including yearly sales, customer satisfaction, and sanitation,” a statement on the CRC Inc. website said.

As Lodi becomes the new stomping grounds in Black Bear territory, Benepal looks forward to joining the city and working with The Lodi District Chamber of Commerce.