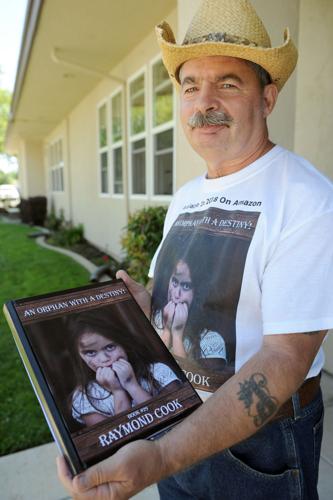 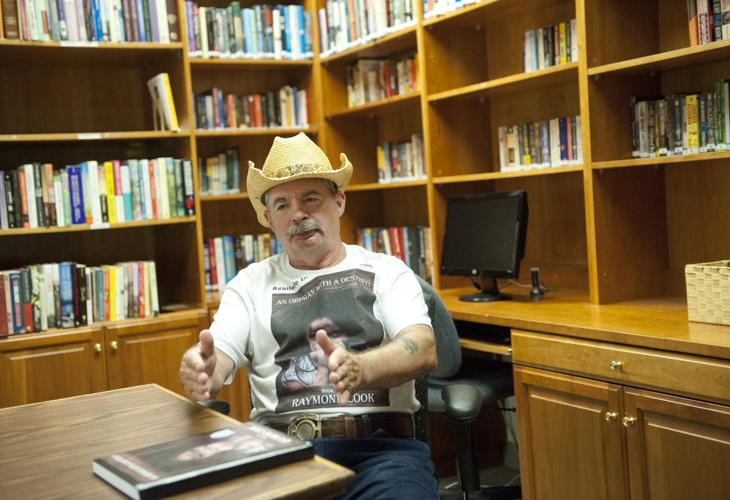 Local author Raymond Cook talks about his latest book: 'An orphan with a destiny!', at the LOEL senior center in Lodi Wednesday, May 23, 2018. 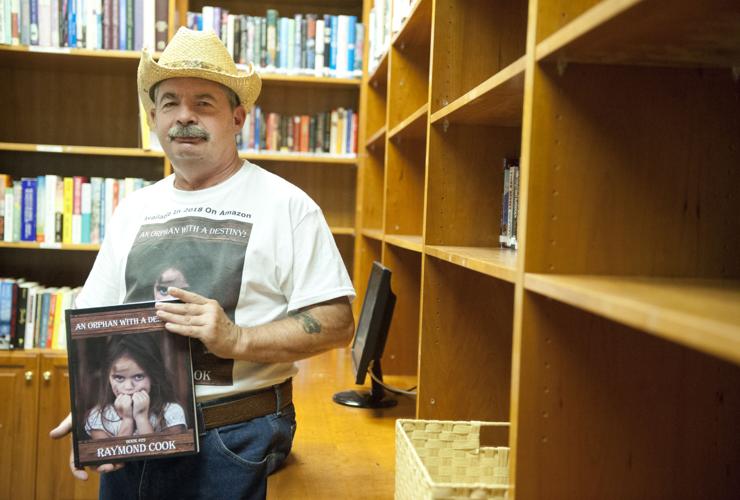 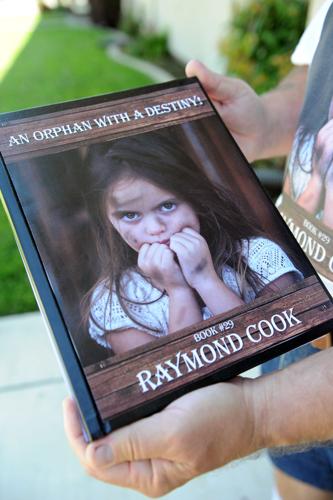 Local author Raymond Cook talks about his latest book: 'An orphan with a destiny!', at the LOEL senior center in Lodi Wednesday, May 23, 2018.

When Raymond Cook enlisted in the U.S. Marine Corps in 1972, the then-19-year-old never imagined that he would eventually write 29 novels about the western frontier.

While working as a cook in the Marines, Cook’s career was cut short in 1974 when he was hit by a drunken driver going 80 miles per hour in Woodlands while on his way back to base.

The collision left Cook with a broken back, an arm broken in eight places, a broken shoulder, an amputated spleen and a head injury, he said, causing him to be discharged at the rank of Corporal.

“That made me a disabled veteran, and they wouldn’t let me stay,” Cook said.

Cook eventually enrolled in Olympic College in Bremerton, Wash., in 1983 to study law enforcement with plans to work in security, he said, and had plans to become a writer when he took a creative writing class as an elective.

“I took the class because there were no tests, no books. I thought I would just show up and get a C, but that class changed my life,” Cook said. “Mr. (Art) Wicks was an absolutely amazing teacher. The second I was in his class, it was like I had seen the world in black and white all my life, and I’m seeing color for the first time.”

Cook graduated in 1988 with an associate of arts degree in law enforcement, he said, but continued writing poetry even as he worked a variety of security-related jobs.

In 2003, one year before moving to Lodi, Cook wrote his first short story, he said, the 50-page self-titled “A Western Romance Story,” that would eventually become his first novel, “Was it Fate or Destiny?”

Cook publishes all of his books through Amazon, he said, and they can also be found at his website, www.westernfrontierebooks.com. He released his 29th book, “An Orphan with a Destiny,” in January, he said, and still uses the same process every time.

“It takes me about two weeks to write a book from when I start the first chapter. I write out all the events I want to happen on index cards, put them in order and sit down and start writing. I average around 20 pages a day. I’ve written 40 pages in a day one time, but I like to keep a good rhythm around 20,” Cook said.

Before sitting down to write, Cook first browses through thousands of western-themed pictures on the photo-sharing website Flickr, he said, before finding his inspiration.

“When I see the right picture, I know the whole story I want to write, right then and there,” Cook said.

After getting permission from the photographer, Cook uses the photo as the book’s cover. He writes anywhere from 60,000 to 110,000 words, he said, before having hard-bound copies made.

“I always give a hard copy to the photographer, so they can hold it in their hand and say, ‘My photo was turned into a book,’ ” Cook said. “I’ve had about a dozen books I could’ve written, but they slipped away from me because the photographer either said ‘No,’ or never got back to me. It’s critical that I get their permission.”

Besides writing books, Cook also works as the caretaker at a cherry packing plant in Lodi, and in March helped the Lodi Police Department with a burglary investigation, according to Cpl. Eric Bradley.

“(Cook) had a surveillance camera that captured the incident. I learned he was a disabled vet and a western writer. I haven’t had an opportunity to read his books, but I am looking forward to doing so in the future,” Bradley said.

Cook currently has 10 more books that he plans to write, although he may write more if he finds the right picture to inspire him, he said.

“I might get to 50 books, but I won’t get to 75. Zane Grey wrote 75, and what I liked about his books is that he was rejected by every publisher he applied to until a movie studio bought the rights to one of his stories. Once a movie was made about one of his stories, everybody wanted to publish them,” Cook said.

For aspiring novelists, Cook has two pieces of advice: Find a “beta reader” to read over their work, and use grammar editing software.

Cook learned that second lesson the hard way years ago, he said, when he failed to notice that he had written “fried children,” instead of “fried chicken.” Although he was able to catch the mistake, he said, he has since begun using both a beta reader as well as the online grammar-editing website Grammarly.

“Things like that really make you laugh at yourself as a writer. Spell check said ‘children’ was spelled right, so that’s why it’s so important to read your book and then have somebody else read it,” Cook said.

Which holiday are you most excited about?