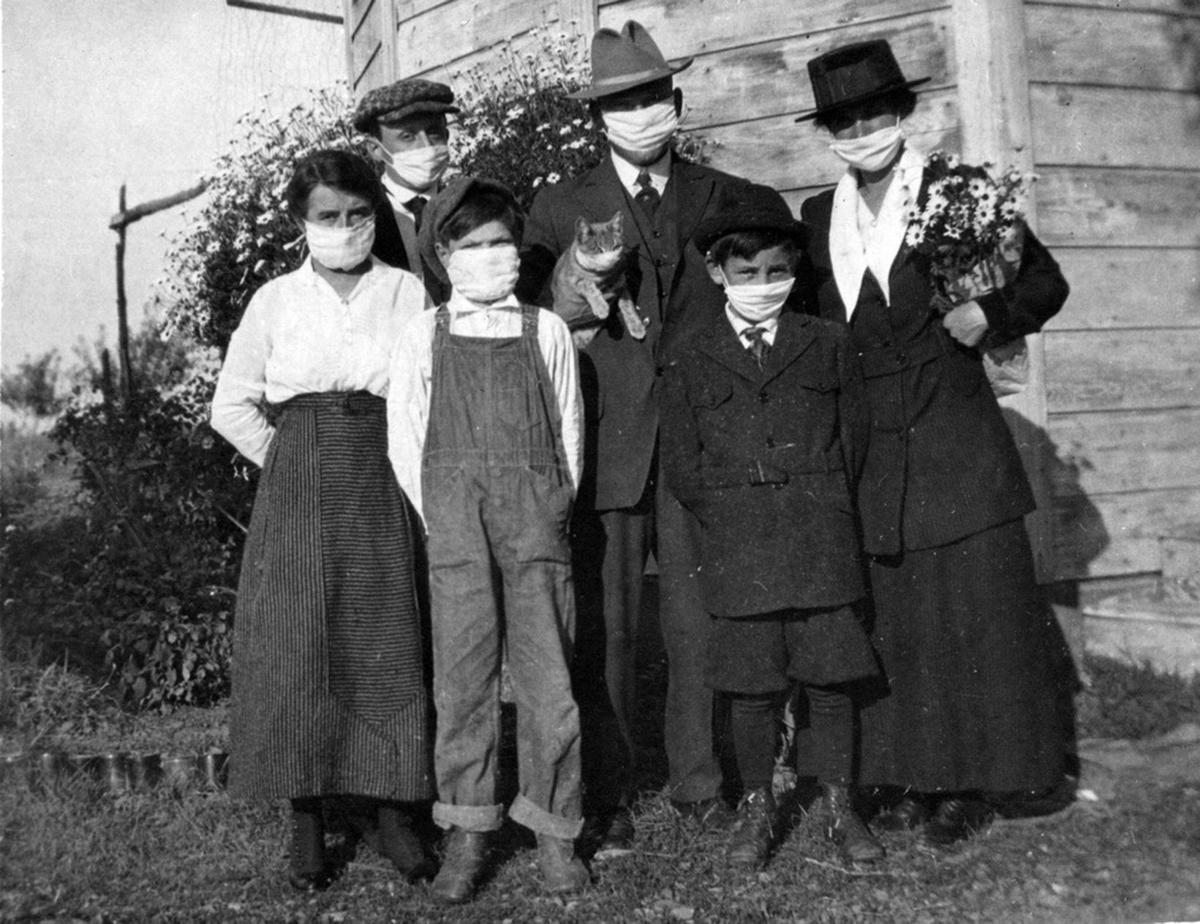 A family in Dublin, Calif. wears masks during the novel influenza pandemic that raged from 1918 to 1920. (City of Dublin, Calif./Courtesy) 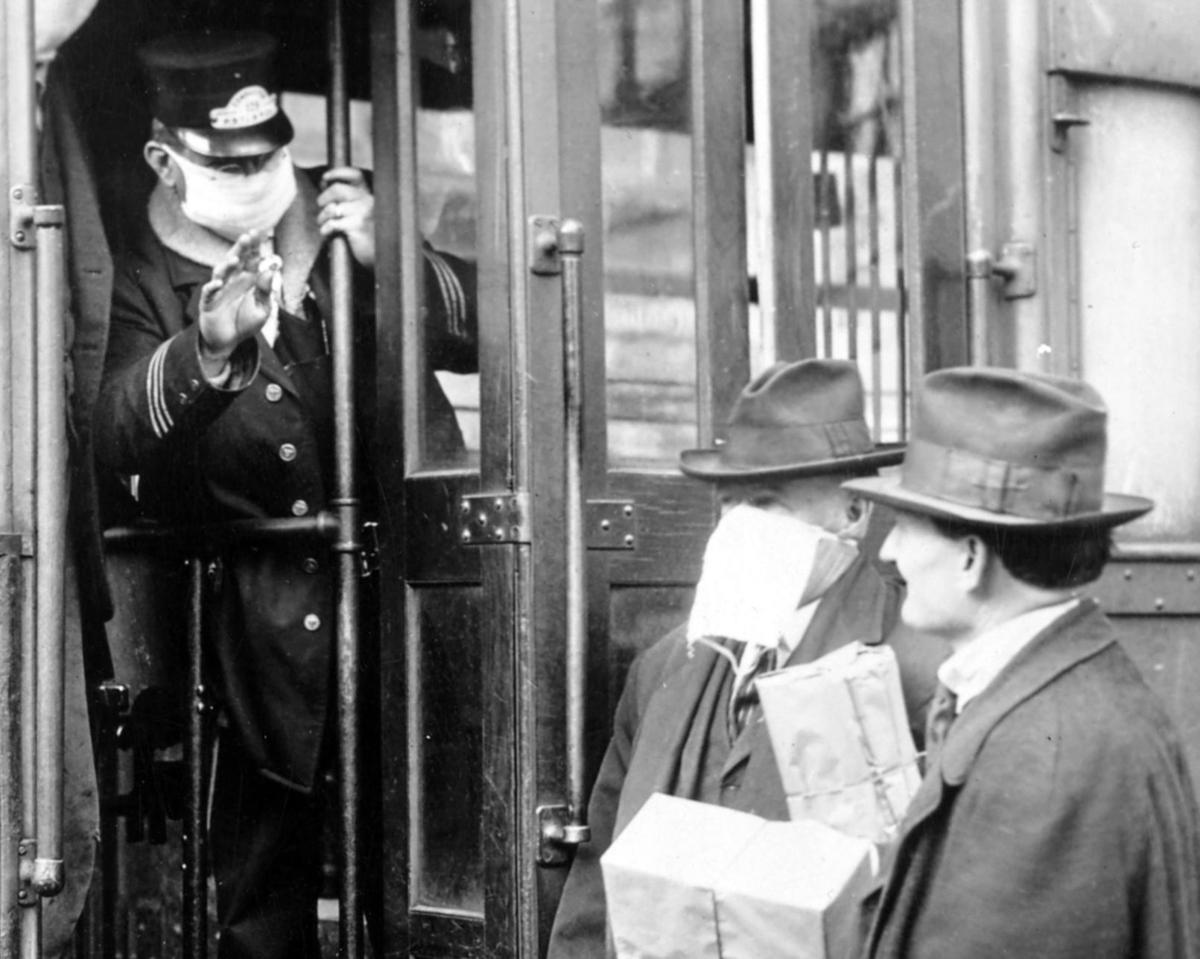 A Seattle street car operator refuses to allow a man onto his tram without masks in 1918. (Wikimedia Commons/Courtesy) 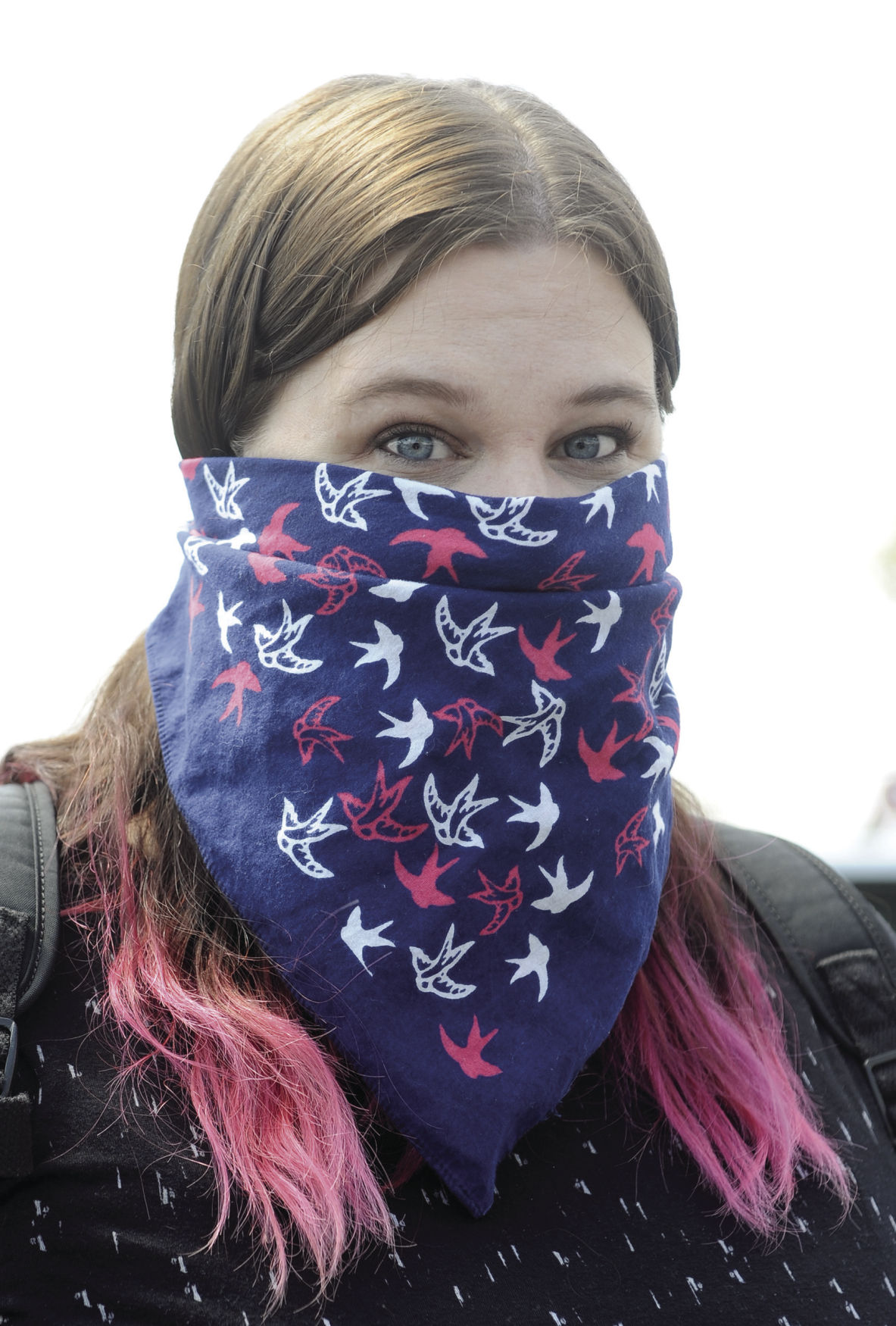 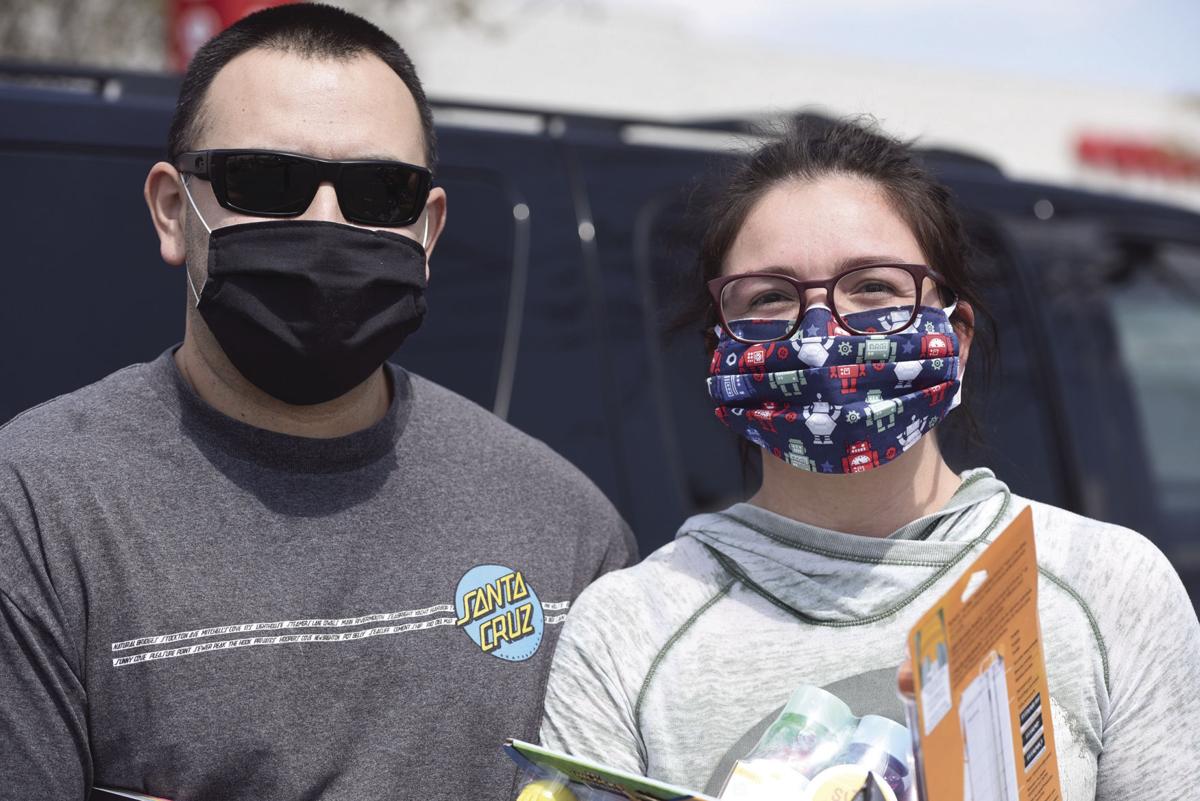 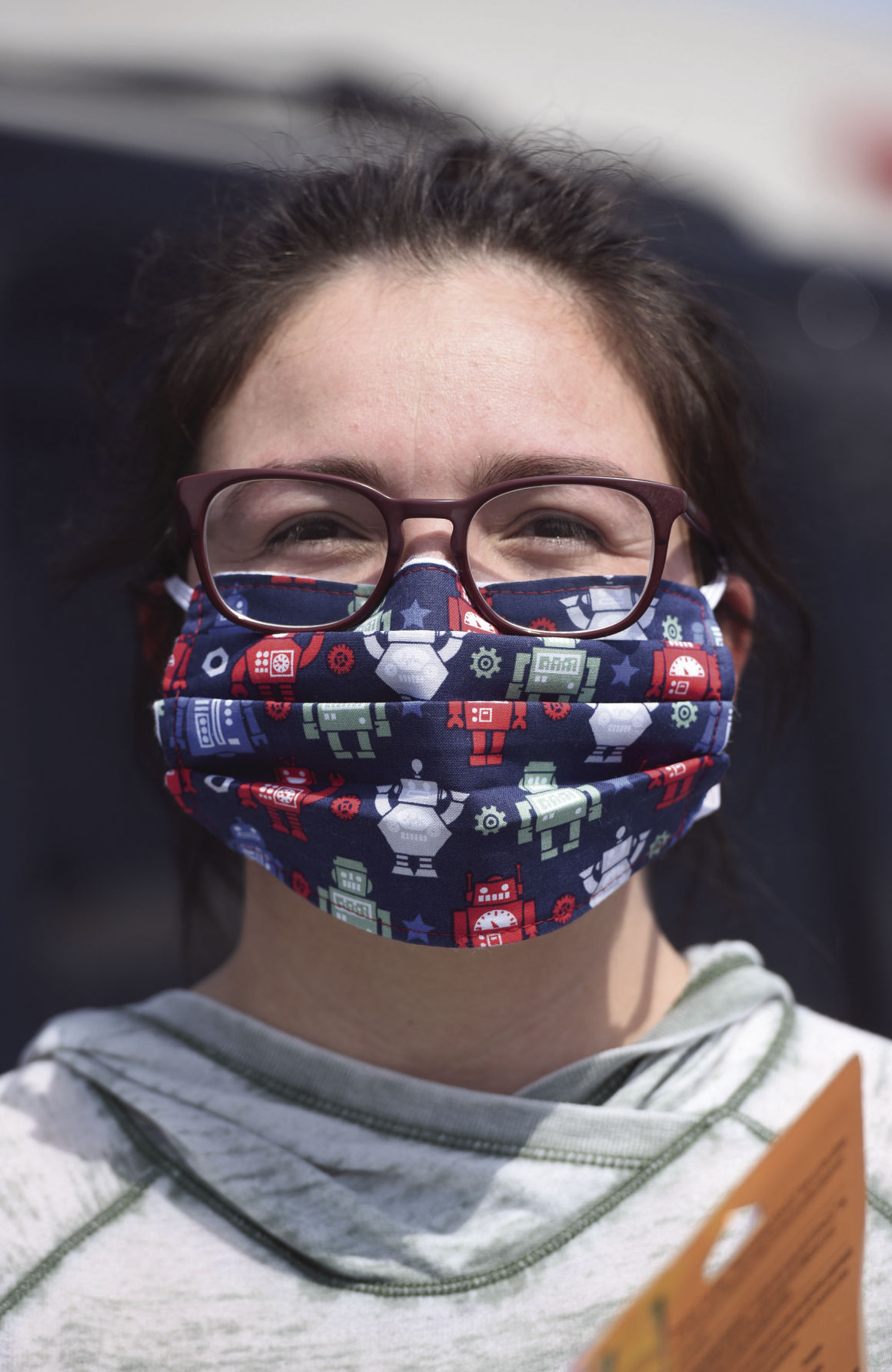 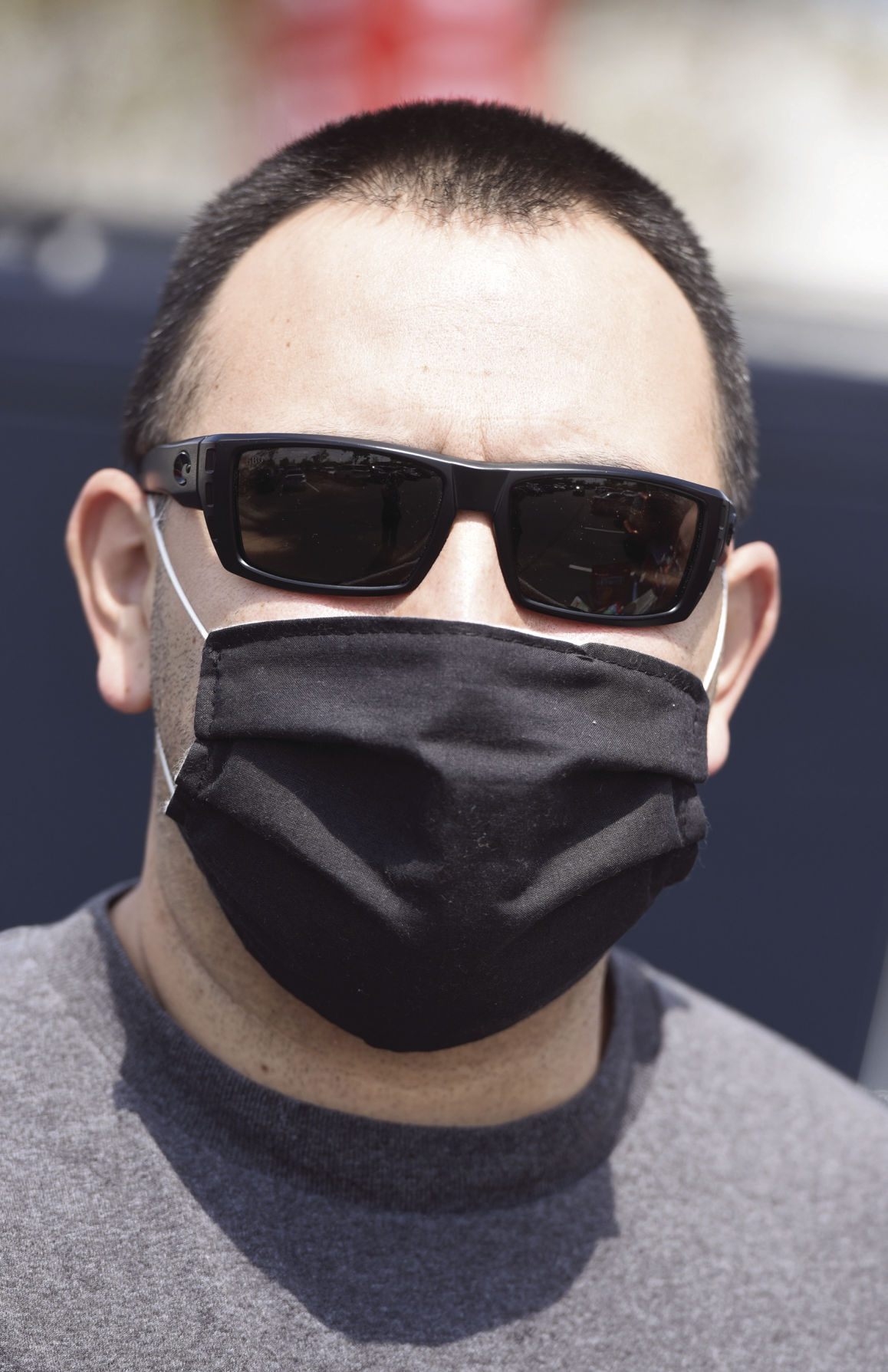 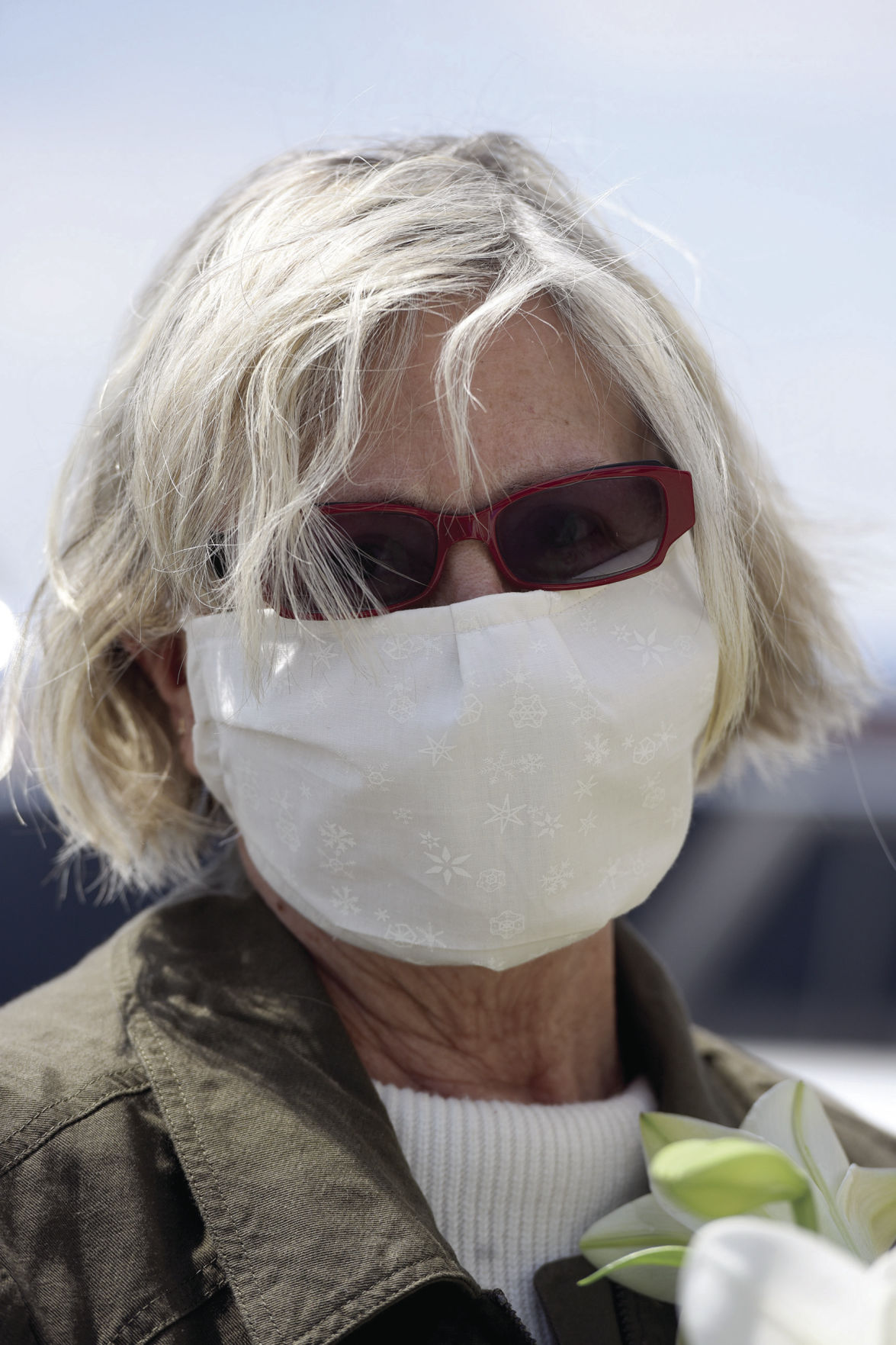 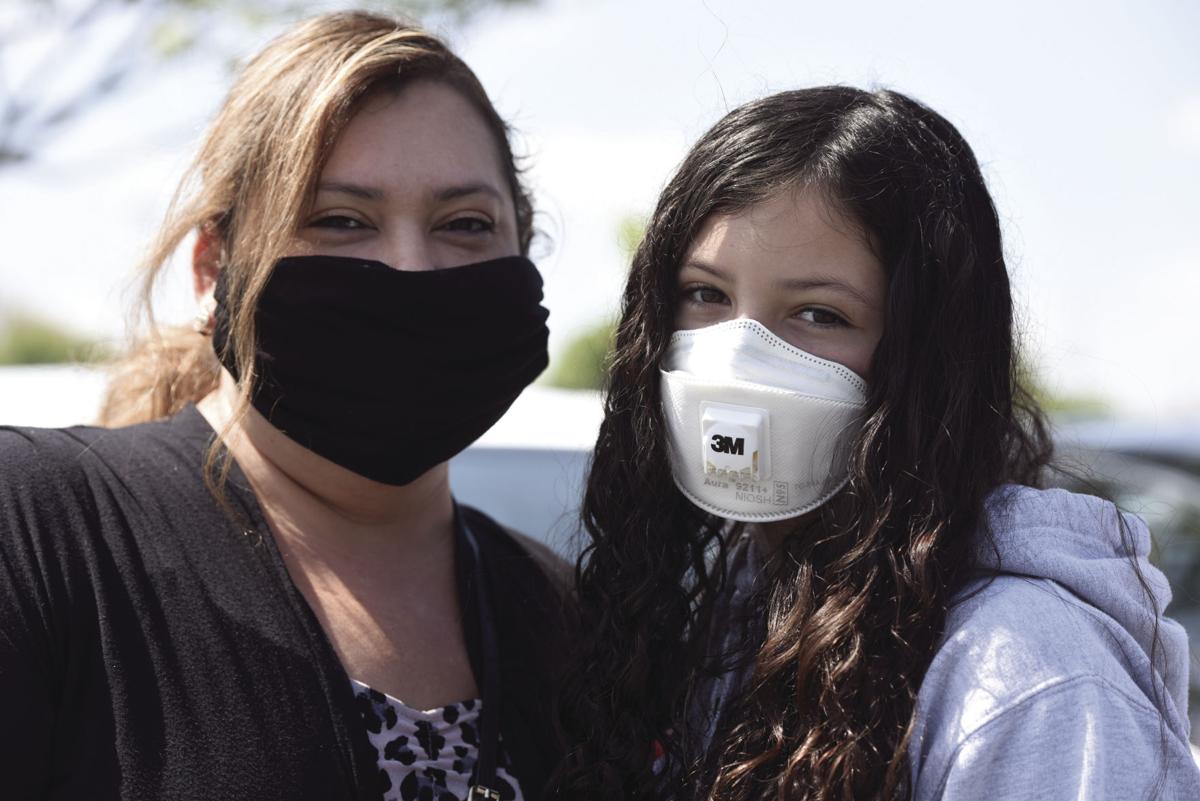 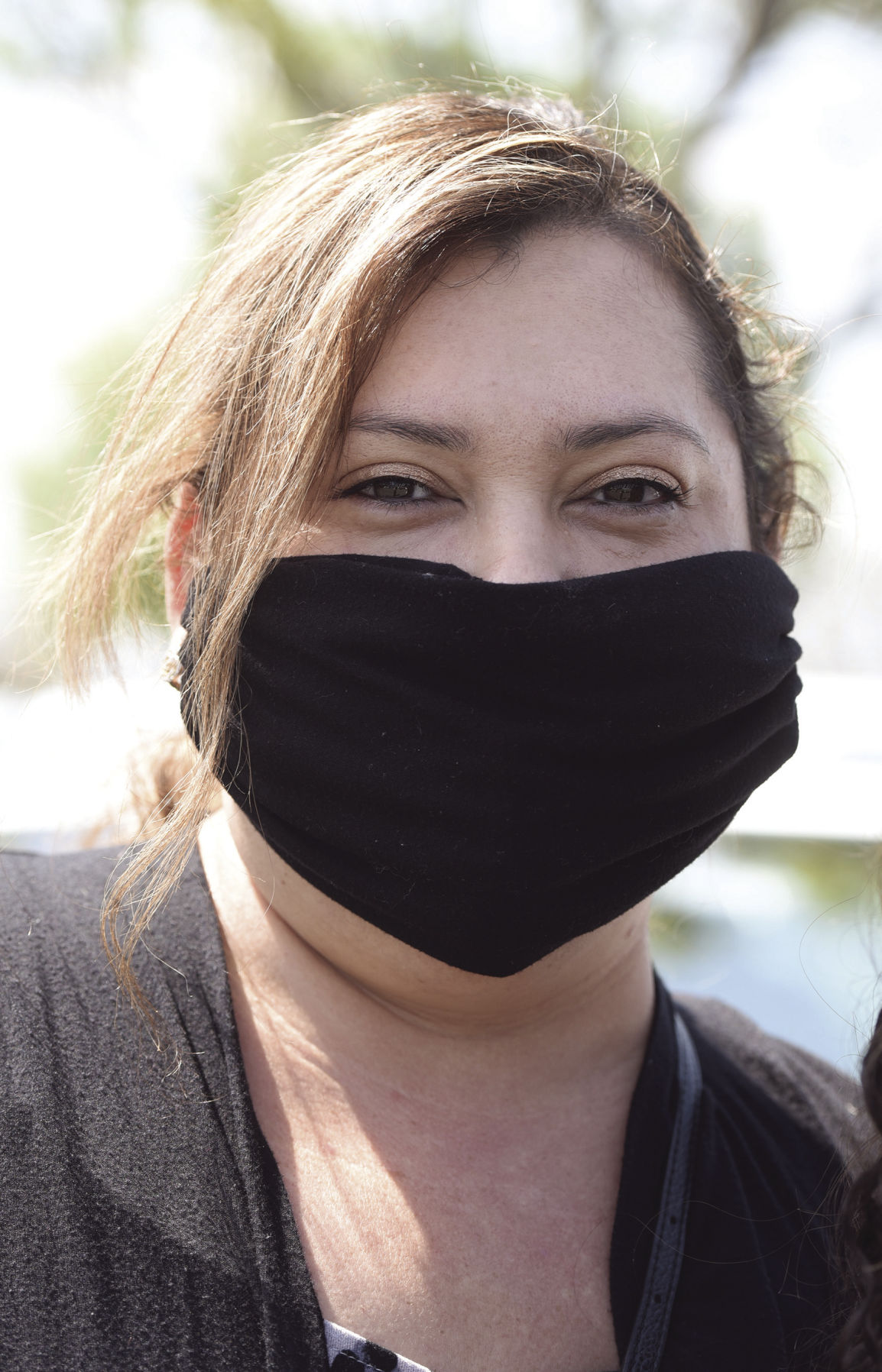 A family in Dublin, Calif. wears masks during the novel influenza pandemic that raged from 1918 to 1920. (City of Dublin, Calif./Courtesy)

A Seattle street car operator refuses to allow a man onto his tram without masks in 1918. (Wikimedia Commons/Courtesy)

When the novel coronavirus first began to spread in the United States, leading medical experts weren’t sure whether masks were needed for anyone beyond medical care providers, caregivers and people diagnosed with COVID-19.

But as researchers learn more about the virus that causes COVID-19 — including that it can be spread by people who are not yet showing symptoms and may be spread by speaking as well as coughing or sneezing — the Centers for Disease Control and Prevention began recommending that everyone wear a cloth face covering in public areas where social distancing is difficult.

President Donald Trump announced the new recommendation on April 3, though he noted that wearing a mask in public is voluntary.

Dr. Anthony Fauci, who is one of the doctors leading the fight against the pandemic, emphasized that the more people who wear masks in public, the more it might help to slow the spread of the virus.

“If everybody does that, we’re each protecting each other,” Fauci said in an interview with PBS NewsHour on April 3.

Americans are still being asked to save surgical grade and N95 masks for medical care providers, but the CDC has provided a pattern for fabric masks that can be made at home, and ambitious groups have begun sewing masks for those who need them, including a group of Lodi stitchers calling themselves Masks 4 Millions.

The push for masks and the quick action of sewing enthusiasts to provide them has echoes of 1918, when a novel influenza swept across the globe. For two winters after the first recorded cases appeared in Kansas and France, the new strain of flu caused chaos.

Also called the Spanish flu — because wartime censors minimized early reports of the pandemic in most of the countries embroiled in World War I, while neutral Spain’s journalists could write about it openly — the 1918 pandemic spread easily via coughing, sneezing and spitting.

The Committee of the American Public Health Association in 1918 worked fast to educate U.S. citizens about “respiratory hygiene” — covering their mouths when coughing and sneezing, washing hands frequently and especially before eating, and avoiding enclosed spaces.

By the fall of 1918 — after the flu mutated and became radically more deadly in August of that year, about seven months after it first began to spread around the world — Americans were urged to acquire or make their own gauze masks.

The flu first touched Lodi on Oct. 10, when the Sentinel reported that Paul W. Bradner, who had enlisted in the Navy, was seriously ill with the virus. (He recovered, but fellow Lodi Liberty Lad Charles A. Patton, who caught the flu just days later, did not.) Five days later, Lodi had several cases of the flu.

On Oct. 19, public gatherings were banned and churches, libraries, theaters and dance halls were shut down by San Joaquin County’s Public Health department.

Three days later, when the city had at least 80 cases of the flu, the Red Cross announced that all of its volunteers must wear masks to continue making surgical dressings for the war effort. By Oct. 24, that number had grown to more than 250 cases in the area, and Lodians were asked to wear masks in public.

“The local Red Cross started to make up masks Tuesday morning, and at no time during the day could the women sew fast enough to meet the demand,” the Sentinel wrote. “Two hundred were sold Tuesday.”

Red Cross volunteers sewed overnight to provide the gauze masks to fruit sheds and canneries. The masks could be boiled or soaked in an alcohol solution each night to sterilize them.

In some places — including Lodi and Stockton — the recommendation almost immediately took the force of law. On Oct. 26, Lodians were warned that if they were seen out in public without a mask, they would be fined or imprisoned for 10 days.

“Many people were inclined to scoff at the idea of wearing masks. A report became general that there was more danger of getting the ‘flu’ with the masks than without,” the Sentinel wrote.

But health experts in the county were convinced that masks could help slow the spread of the virus.

So, did the masks work?

Most of the evidence from 1918 is anecdotal. San Francisco was reporting a decline in new flu cases by November. Masks got the credit in the media, though other social distancing measures like the closures of churches, schools and public gathering places, likely also had an effect.

In December 1918, San Diego reported a rapid decline in new cases that seemed to coincide with the wearing of masks. The Times of London reported that an ocean liner had a terrible infection rate on its trip from New York to London that same month; during the return trip, the captain ordered crew and passengers to wear masks, and no infections were reported.

But in other locations, studies found the masks had no effect on infection rates. Social distancing and containment of cases, not masks alone, seemed to have the greatest effect on limiting flu cases in 1918, according to more recent studies of the pandemic.

The jury is still out today, as well; there just isn’t enough research yet. One found that surgical masks helped to reduce the spread of common seasonal coronaviruses such as the common cold. A much smaller study, that looked only at four participants, found masks alone had no effect.

But while they might not help on their own, cloth masks are better than nothing, experts say — especially when used alongside other hygiene and social distancing measures.

“Putting a face mask on does not mean that you stop the other practices,” May Chu, a clinical professor in epidemiology at the Colorado School of Public Health who was not involved in either study, told Live Science in an article published Sunday. “It does not mean you get closer to people, it does not mean you don’t have to wash your hands as often and you can touch your face. All of that still is in place, this is just an add-on.”

For more information and a video on how to make your own cloth mask, visit www.tinyurl.com/cdc-masks-april.