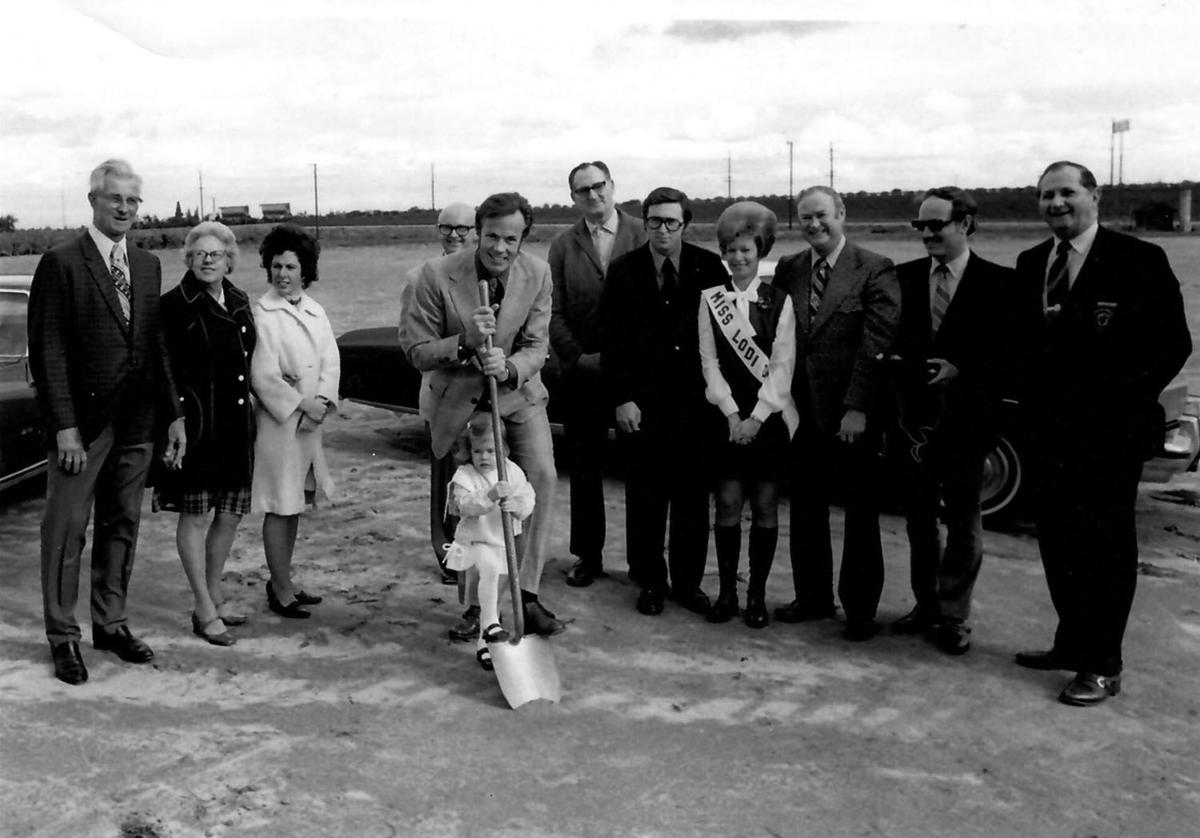 Richard Sanborn and daughter Kini break ground on the Sanborn Chevrolet dealership at 1210 S. Cherokee Lane in July of 1973. Sanborn moved to the location from 9 W. Locust St. 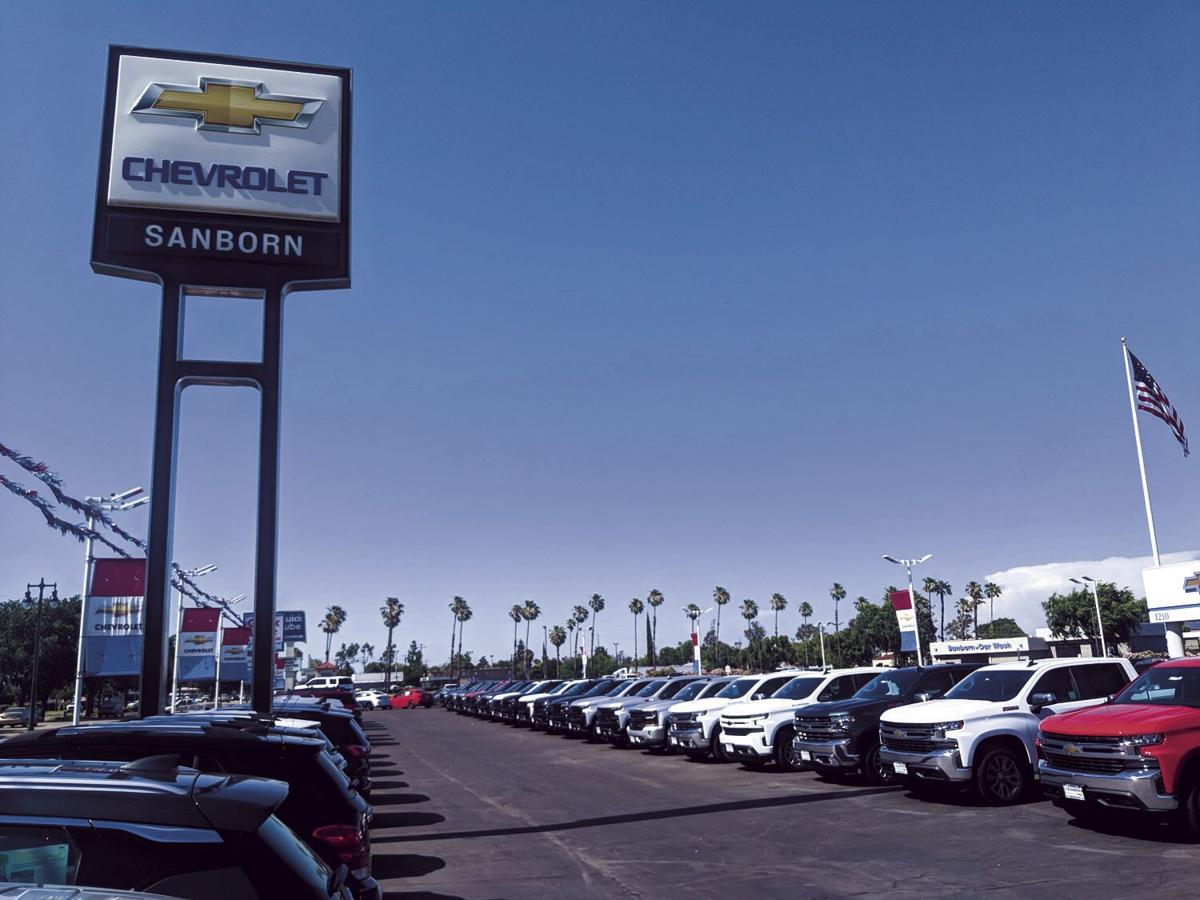 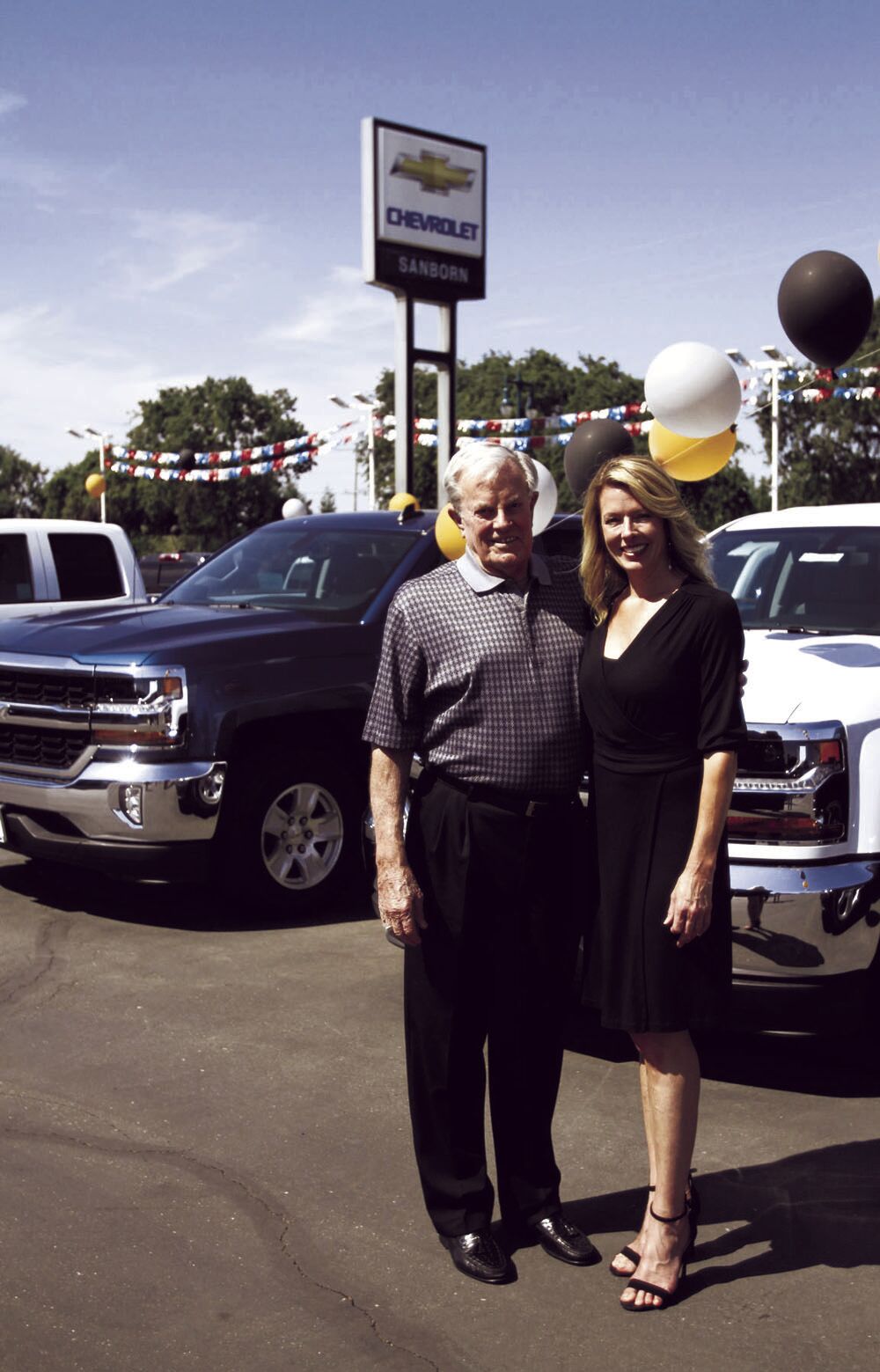 Richard Sanborn, Chairman and CEO, and his daughter Kini Sanborn, President, of Sandborn Chevrolet pose together at the dealership's 47th anniversary event on Thursday, July 19, 2018. The dealership is celebrating 50 years in business this month. 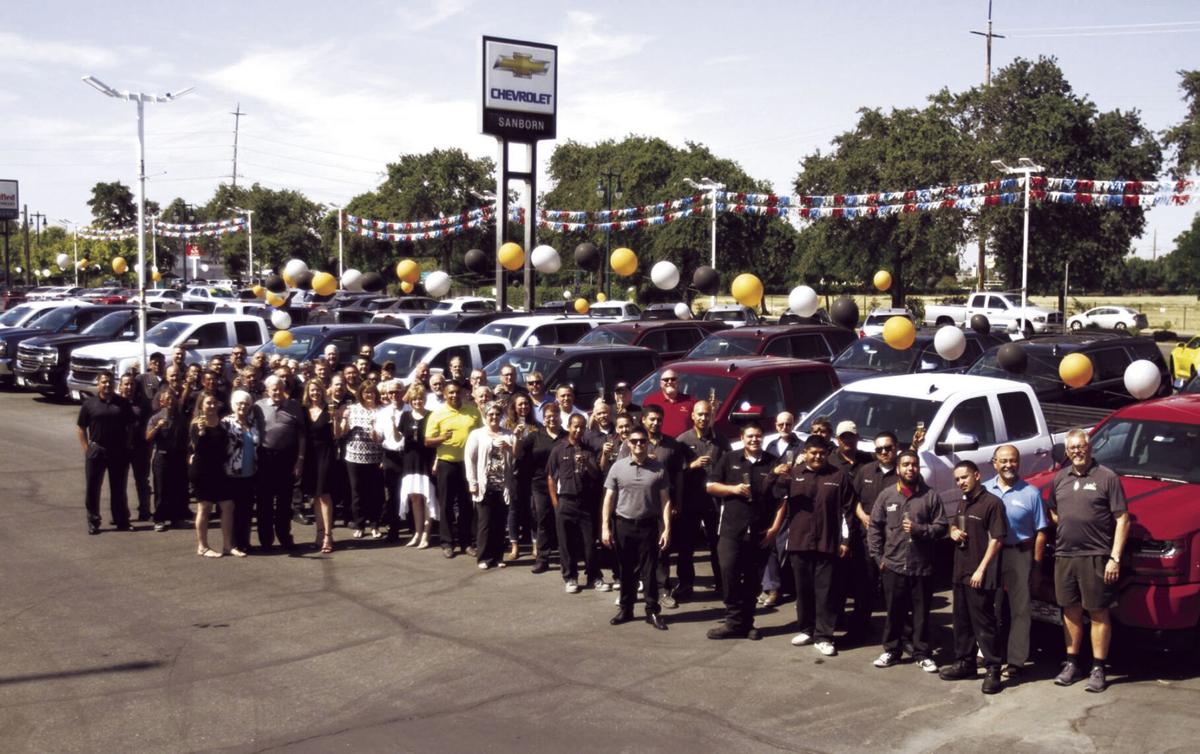 Richard Sanborn and daughter Kini break ground on the Sanborn Chevrolet dealership at 1210 S. Cherokee Lane in July of 1973. Sanborn moved to the location from 9 W. Locust St.

Richard Sanborn, Chairman and CEO, and his daughter Kini Sanborn, President, of Sandborn Chevrolet pose together at the dealership's 47th anniversary event on Thursday, July 19, 2018. The dealership is celebrating 50 years in business this month.

Since opening the doors to the automobile dealership that bears his name, Richard Sanborn has been a staple in the Lodi community.

A lifelong member of the Kiwanis Club of Lodi and the Cherokee Lane Beautification Project team, Sanborn was committed to giving back to the community.

Now, his daughter Kini Sanborn wants to help the company continue giving back, and it will offer some special deals this summer as Sanborn Chevrolet celebrates 50 years in business.

“For me, coming in and seeing what my dad has built and how much he’s given back to the community ... and what I saw when I came in, was that we kind of lost that little bit of a connection,” Kini Sanborn said. “We still had people coming in, but we weren’t as involved in the community as he had always been. I think our focus now is really reconnecting with the community that we’ve loved and been a part of our whole lives.”

Kini Sanborn joined her father three and a half years ago to help with marketing and to take over the daily operations of the dealership.

Prior to coming to the business, she spent a career in the luxury hospitality industry, helping inns and hotels in places like Napa Valley and Seattle rebrand themselves to bring in more customers and help local economies.

Although she helped out at the dealership growing up — working the cash register, assisting the sales staff or performing office work — she never thought she’d be working there full time as an adult.

“I have such a traveling heart, and I went out to see the world,” she said. “I realized that my dad needed some help when it came to the marketing side, and that’s really how the conversation started. I said why don’t I just come in and we’ll share some aspects on different things from all these other industries that could be a benefit to the dealership. After quite a few conversations, he basically said I want you to come here.”

Taking on the duties of dealership president took her a while to wrap her head around, she said, but she soon came to realize that many of the rebranding, marketing and sales aspects of the luxury hospitality industry could be applied to the auto sales industry.

Despite the COVID-19 pandemic, she said sales have been doing very well, even if the staff is handling online orders, for the most part.

Kini Sanborn said if about 80 vehicles are scheduled to be delivered, nearly 20 are pre-orders that customers make online.

Prior to the pandemic, there would be as many as 150 vehicles on the sales lot, of which as many as 40 would be used. Kini Sanborn said. Today, there are about 85 used vehicles and three new ones.

But, Kini Sanborn said things should get back to some sort of degree of normalcy, and stock will once again be what it was prior to the pandemic.

Richard Sanborn started his career in the auto sales industry in parts in the mid-1950s, Kini Sanborn said, eventually working up to sales and learning the ins and outs of how to run a dealership.

He came to Lodi from GM’s Manteca dealership in 1971, opening the Sanborn Chevrolet at 9 W. Locust St., replacing Lowen Automotive, also a GM dealership whose owner did not want to open a larger store.

“General Motors actually had asked the current dealer, Mr. Lowen, to build a new facility,” she said. “What I’ve been told is that the kids weren’t interested in taking on the dealership as successors, and Mr. Lowen didn’t want to build a new building at the time. And so GM came to my dad, they knew he had been doing really well and wanted a dealership.”

Two years after opening, the Sanborn family broke ground on the site that would eventually become its permanent home at 1210 S. Cherokee Lane, and the business was moved to the new location in 1975. At the time, Peter’s Pontiac and Geweke Ford were on that side of town.

Kini Sanborn said her father looked at other locations to move, but the City of Lodi wanted to have all the dealers on that side of town.

Over the years, Sanborn Chevrolet developed a strong customer base, and currently have four employees who have been with the company for more than three decades.

The dealership went through an expansion about 20 years ago when the body shop was added. A detailing shop was added two years ago, and the Sanborns are looking to expand into the vacant piece of property directly north of the business so it can increase inventory.

Kini Sanborn said she and her father have reached out to GM to “reimagine” the facility in the coming years and bring it into the 21st Century.

To celebrate 50 years in business, the dealership on July 19 will give the first 12 customers in the service department a $25 Amazon gift card.

In addition, all customers will be offered service specials all month long, including $50 off accessory running boards, tonneau covers and gun safes.

In August, Sanborn Chevrolet will host an event with Lodi Police Department in which customers can have their license plate numbers engraved on their catalytic converters in an effort to stop the rash of thefts being experienced.

Kini Sanborn said the first 50 years of business have been great, and now the company is looking forward to the next 50 years.

“It’s been a real blessing,” she said. “Dad’s 87, he’s working here today, and he’s in from 7 a.m. to 12 p.m. every day. He’s still very much involved with the financial aspects of the business. Its been really fun to see these generations my dad knew, and now there are all these kids who I knew, now they’re having kids.”