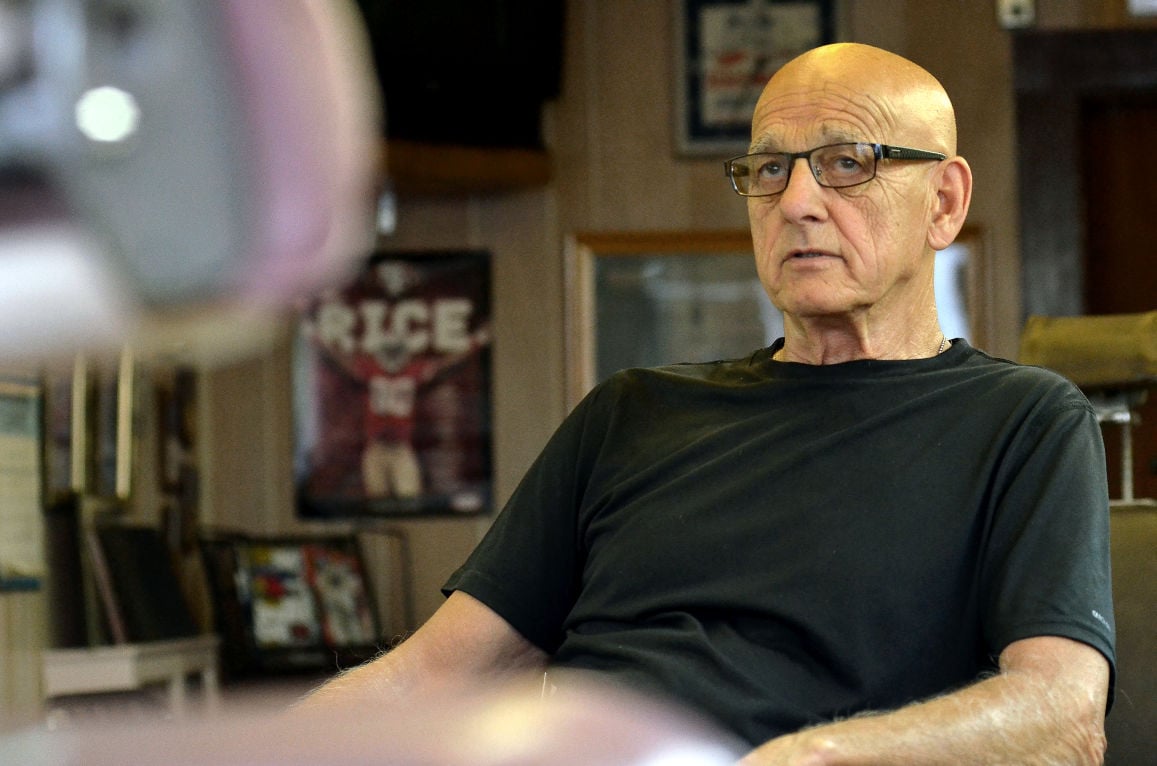 Longtime Lodi barber Clay Sayler has been cutting hair for 63 years in the Sacramento Street shop where he started with his father at age 17. Sayler, 75, pictured on Wednesday, June 24, 2015, when he was getting ready to retire. 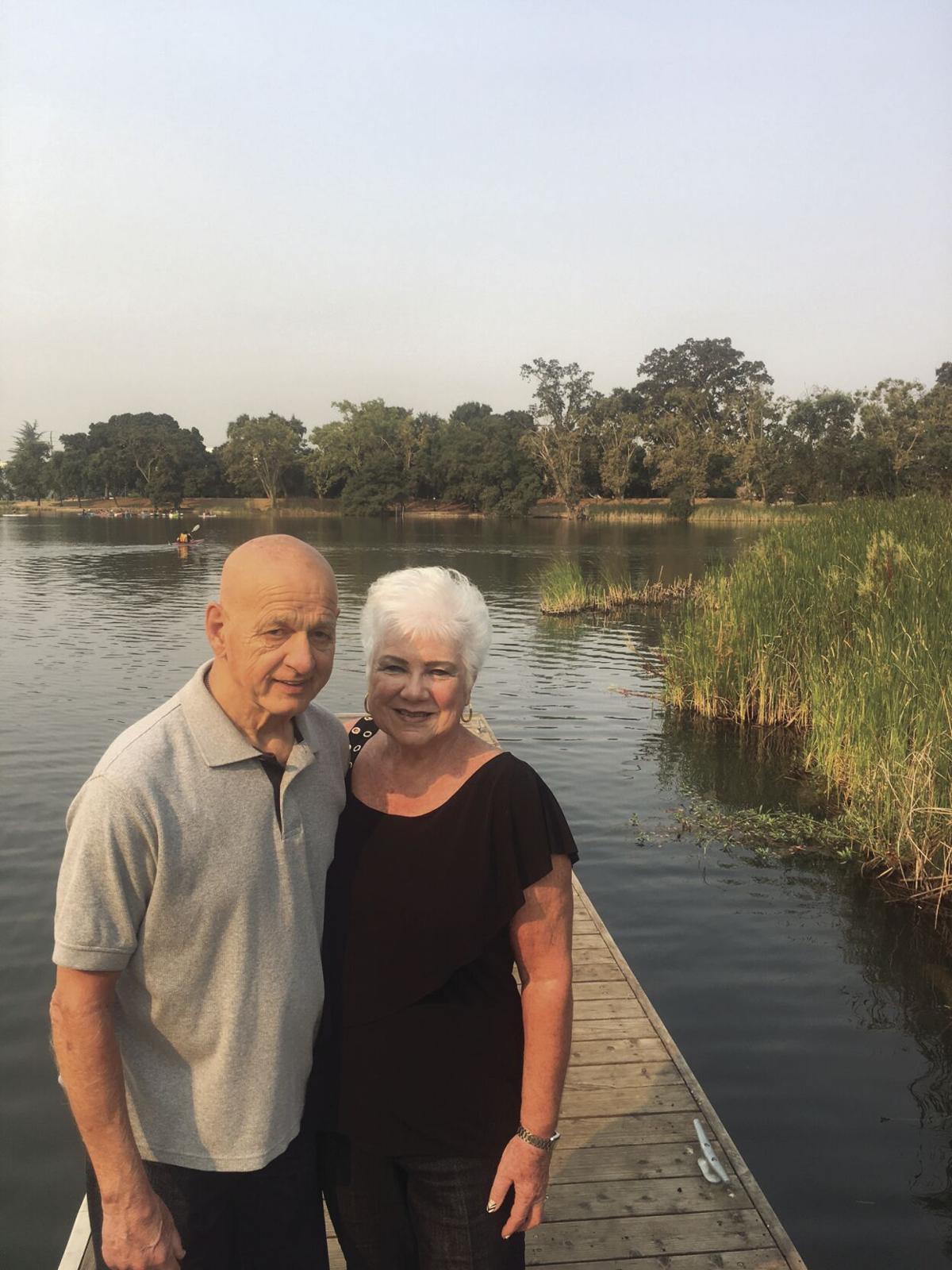 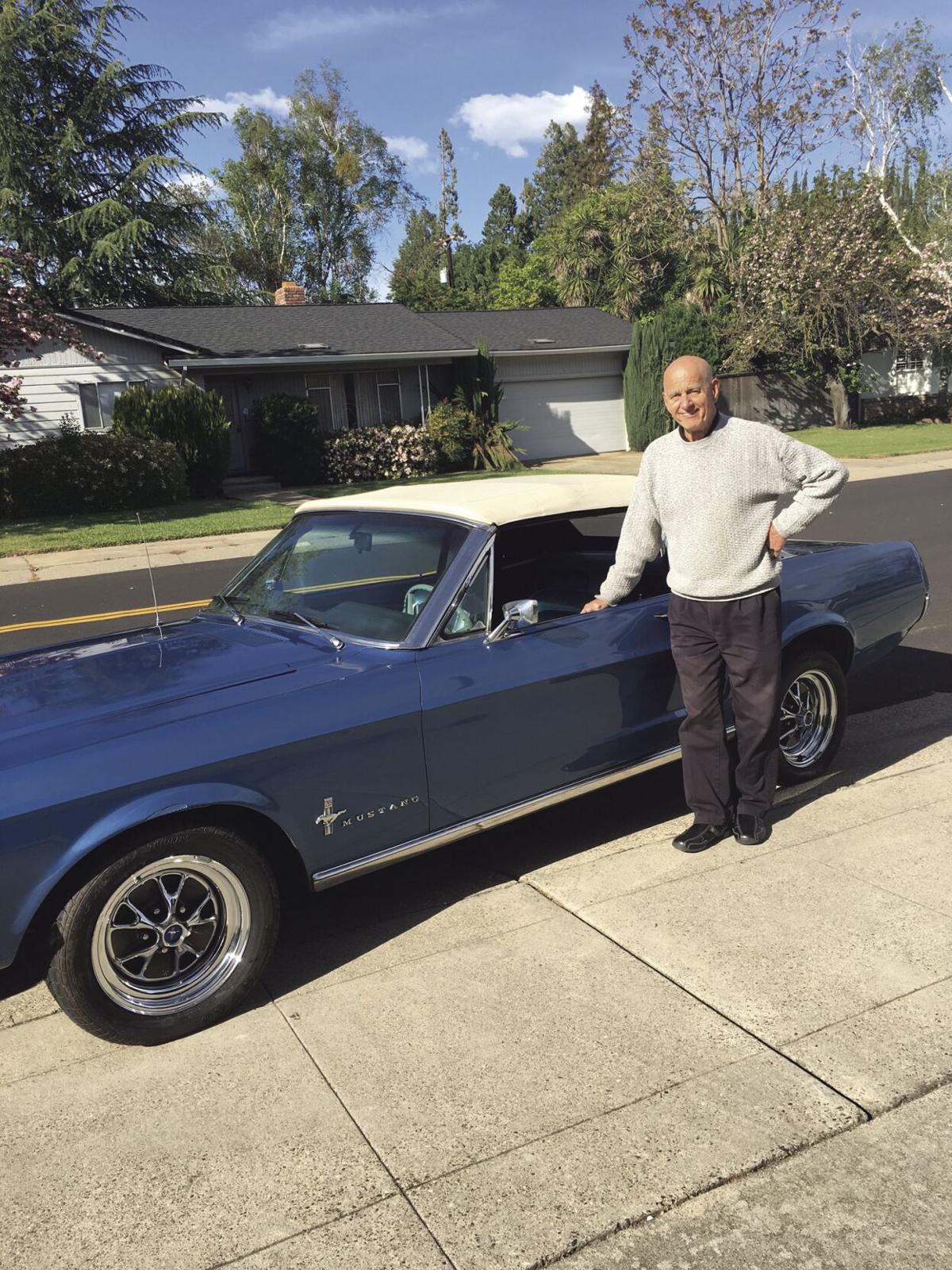 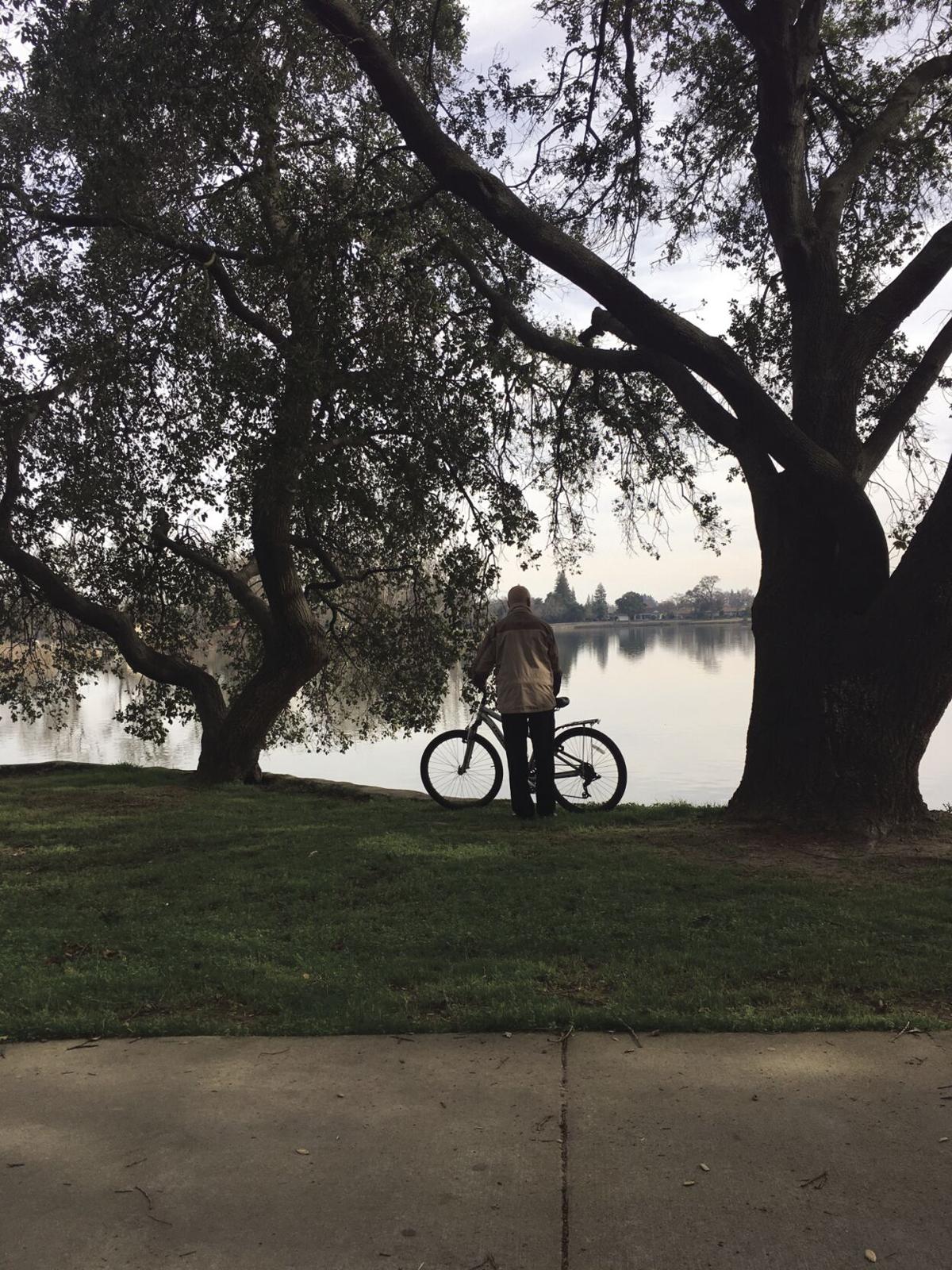 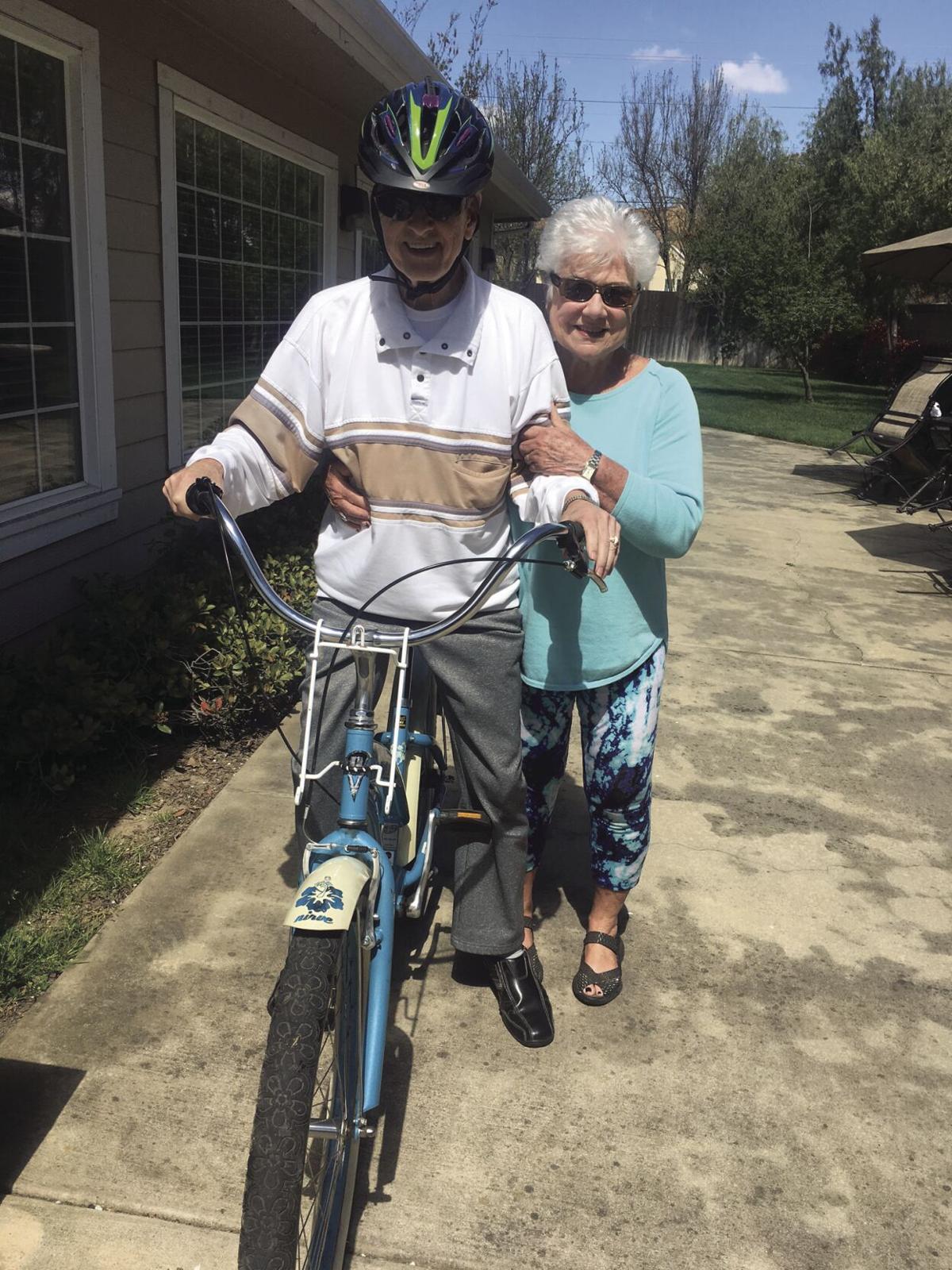 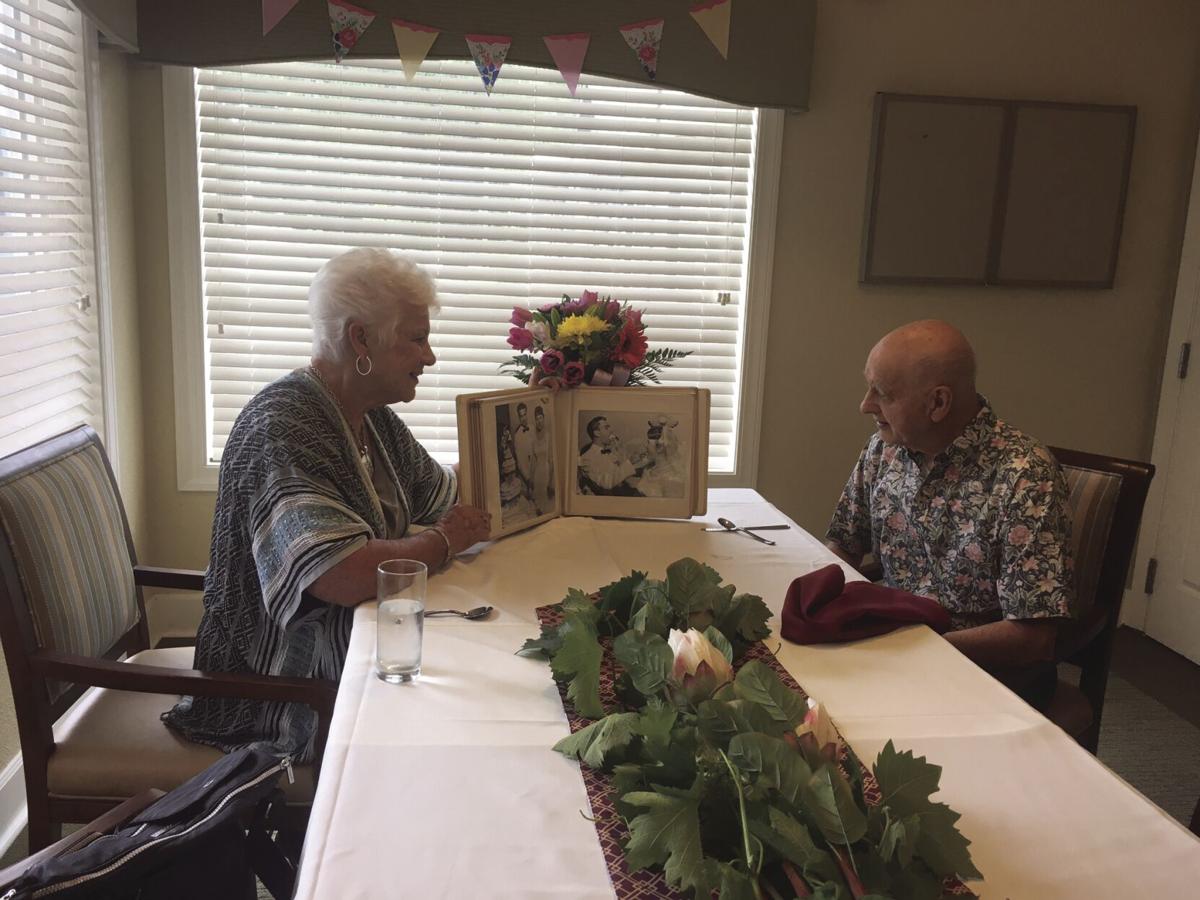 Longtime Lodi barber Clay Sayler has been cutting hair for 63 years in the Sacramento Street shop where he started with his father at age 17. Sayler, 75, pictured on Wednesday, June 24, 2015, when he was getting ready to retire.

Clay Sayler, who shaped the look of Lodi for six decades and was affectionately known as the “Mayor of Sacramento Street,” died on Monday at the age of 80. Sayler had been in declining health while battling Alzheimer’s and had recently suffered a stroke.

Sayler was a fixture on Sacramento Street, where he owned Clay’s Barbershop for 57 years. As a young man, Sayler worked alongside his father, Jake, who taught him everything about barbering, learning how to properly give a straight-razor shave, or a butch or Ivy League haircut. The two worked together for 24 years, until the father passed away in 1982.

Clay Sayler was known for his wit, his gift for gab and for always having a joke up his sleeve.

Pat Patrick, CEO and president of the Lodi Chamber of Commerce, got his hair cut by Sayler for a number of years, and remembers one joke in particular.

“He would start off very seriously: ‘God has been good to me. I don’t know how I have been able to survive in the barbershop occupation, who would trust their hair to a bald barber?’ ” he often quipped to Patrick.

Sayler loved people, he loved talking to people, and he seemed to know everyone in Lodi, his daughter Troylene said, adding that she couldn’t accompany her father anywhere without people stopping and chatting with him. Through his wide social network, he always knew what was happening in town.

“He was always asking me what was going on in the city, and he was always going to tell me what his views of things were,” Patrick remembered. “He always had a view. He had a salty wit, but was a very loving, caring man.”

Sayler was always good for a laugh, but he was also known for being a caring and compassionate man. For 20 years, he visited his mom, Vivian, who suffered from multiple sclerosis and lived in a local care facility. He was completely devoted to her, his daughter Troylene said.

His big heart stretched well beyond his own family, and he would always help anyone in need. He would make home visits to cut the hair of elder or disabled customers. He acted as a counselor of sort behind the barber chair, regularly doling out advice. Through his position he knew all the right people to ask questions, and passed along their advice to those who needed it.

Sayler faithfully donated blood every 62 days, and was a member of the 50-gallon club. When his father needed open heart surgery in l969, he understood the value of donating blood.

One of Sayler’s long-time customers was Darrell Drummond, a financial adviser by trade who was a regular for over 30 years. About 15 years ago, Clay turned to him for financial advice — he was a thrifty man, and wanted to understand what he had.

“I really enjoyed working with him. I had a blast with him and (his wife) June,” Drummond said.

June Sayler, who married Clay in 1960, said her husband was always very good with money, always saving for a rainy day. As a small business owner, he would sometimes need coaxing from his wife to take a family vacation.

Sayler taught his daughters about keeping good finances early on. Troylene remembers him teaching her as a child how to properly arrange her money, face side up. When she bought her first car and took out a loan, her father admonished her for not having saved up for it first.

When he wasn’t cutting hair or giving a scalp massage, Sayler could be seen biking around town. He rode his bike back and forth to work every day. At lunch time, his wife would bring him his lunch, also by bike.

“I would call myself meals on wheels,” she said. “I did that for years and years. He was spoiled,” she said with a laugh.

After coming home from a long day at the barbershop, they couple would hop on their bikes again, and ride through the wilderness area at Lodi Lake. Knowing almost everyone, Sayler would stop and talk to everybody he knew, June remembers.

“Sometimes our bike rides would end up as an hour bike ride, instead of a half hour!” she said.

Clay and June had two daughters, Renee and Troylene.

Troylene has many fond memories of her dad working in his barbershop.

She remembers driving up and seeing him either taking a nap in his barber chair, or reading the paper.

“Either that or it was jam packed with customers. He was always very proud to introduce me as his beautiful daughter. I always felt very grateful for that.”

Sayler was very involved in the community and always wanted to help others. After overcoming some personal obstacles, he turned his life around in 1995, his wife June recalled.

“He really had a spiritual awakening, and it changed who my husband was. He overcame a lot of obstacles, which I just admired him for. He persevered. And after that he started helping other men, he really turned his life around,” she said.

Sayler was active in the community, holding offices with the Eastside Improvement Committee and Lodi Downtown Business Association. He was also in the Kiwanis Club and played in a senior softball league.

Sayler, a man of strong faith, was a member of Bethel Open Bible Church, where he was a head usher for 36 years. Although he couldn’t sing, Sayler was known as the “whistler” in church.

Patrick said Sayler was a big giver, and his name was always on the VIP list on the nonprofit organizations Patrick served on. The LOEL Center, the Salvation Army, the hospital — all were on the receiving end of Sayler’s generosity. He was also a passionate advocate for Sacramento Street, Patrick said, always reminding the city to not forget it.

Marty Weybret, former publisher of the Lodi News-Sentinel, said Sayler was his barber for more than 30 years.

“I went to Clay for two reasons: To get my hair cut and get story tips,” Weybret said. “People make fun of women who go to their hairdresser to get the latest gossip, but Clay’s Barbershop was the same thing. I couldn’t help myself. Clay and his barbershop was one of the things I have loved about living in Lodi. I’ll miss him.”

Although Sayler didn’t know how to sing, or dance, when it was time for his daughter Troylene’s wedding, they practiced their father-daughter dance ahead of time.

“And he did just beautifully at that,” she said.

When they played more modern songs, she dragged her father out on the dance floor.

“He was really super funny, dancing to rock music, and all my friends were dancing with him, having a great time. I don’t think I have ever seen my father so relaxed and happy, just himself, laughing and having such a great time with me,” she said.

Dancing with her father at her wedding is probably one of Troylene’s biggest and most vivid memories of him, she said.

Last year June and Clay were going to have a big celebration for their 60th wedding anniversary, but COVID changed their plans. They were still able to have a small, socially distanced celebration.

The couple now has four grandchildren, all with a lot of fun memories of their grandfather. He used to drive them all around town in one of his two classic cars. He had a a l967 blue Mustang convertible and 1963 Corvette red convertible.

Troylene remembers never being able to go anywhere as a family without being stopped multiple time by people, whether it was a trip to a restaurant or a store.

She told her dad: ‘wow, dad, you have so many friends - so many people who joke with you and love you.’

“I would have so many people come up to me saying “I know your father. It still happens to me now. He has tons of friends and people who love him, and I know why.

“My dad was just a character. He made a lot of people laugh. He was a good man.”