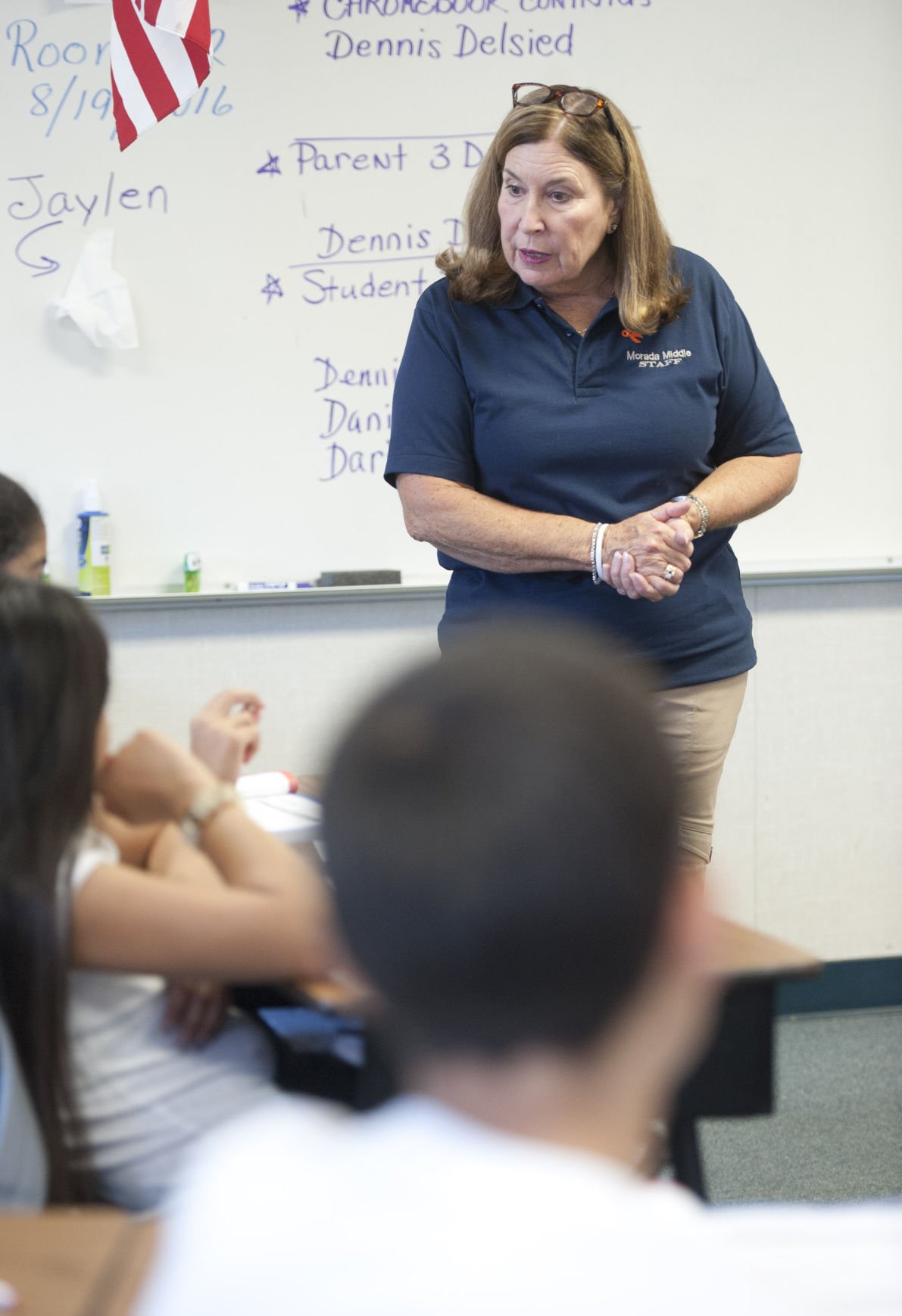 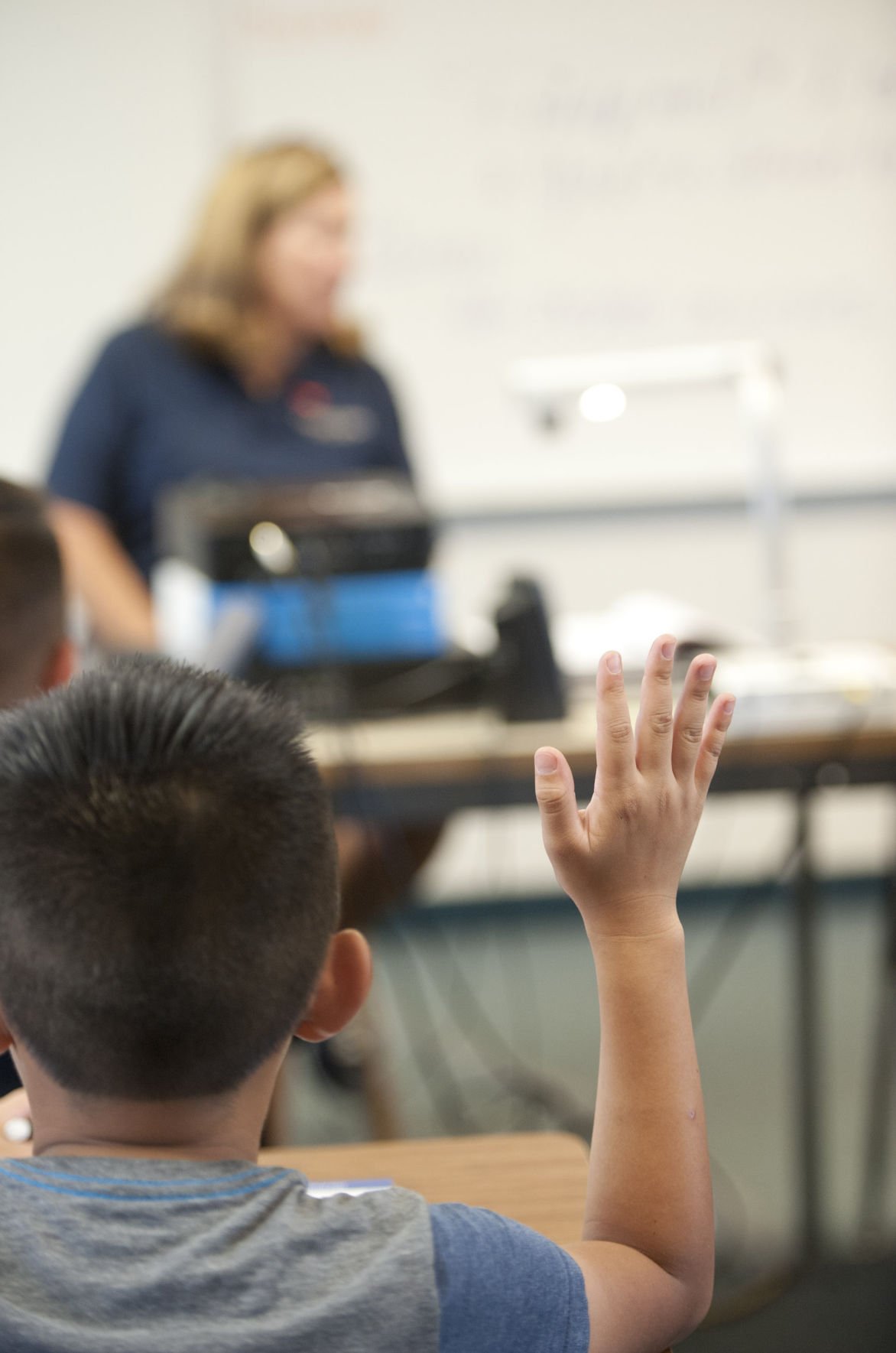 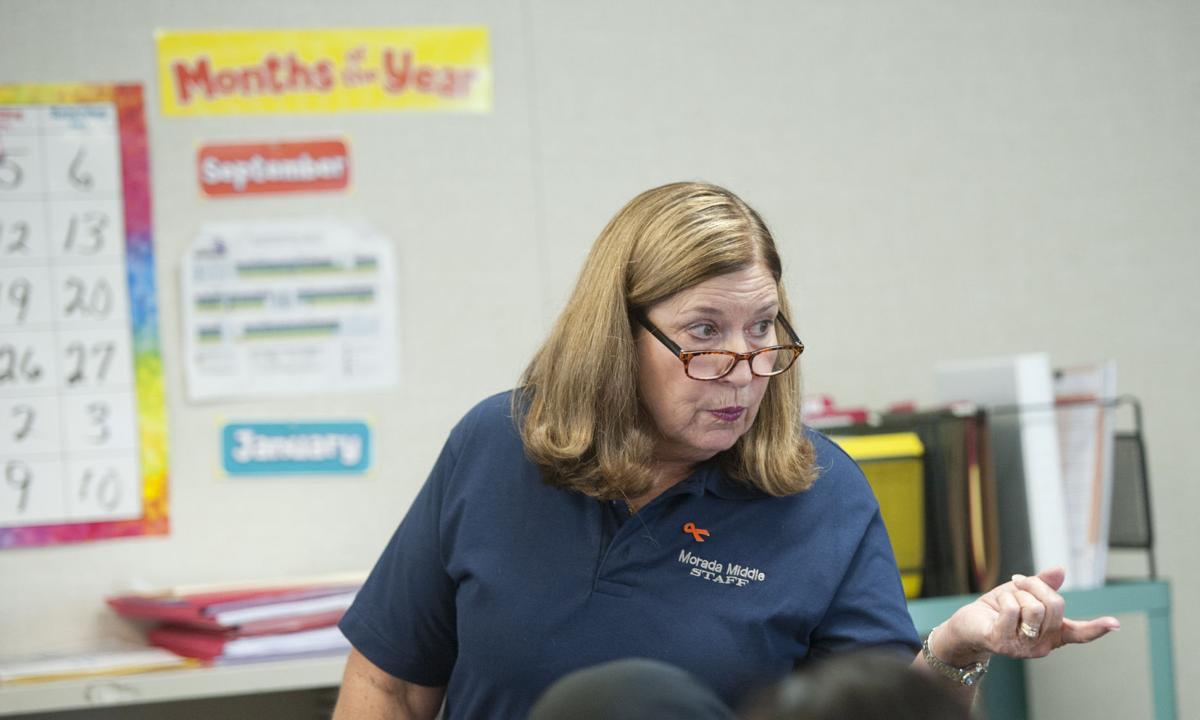 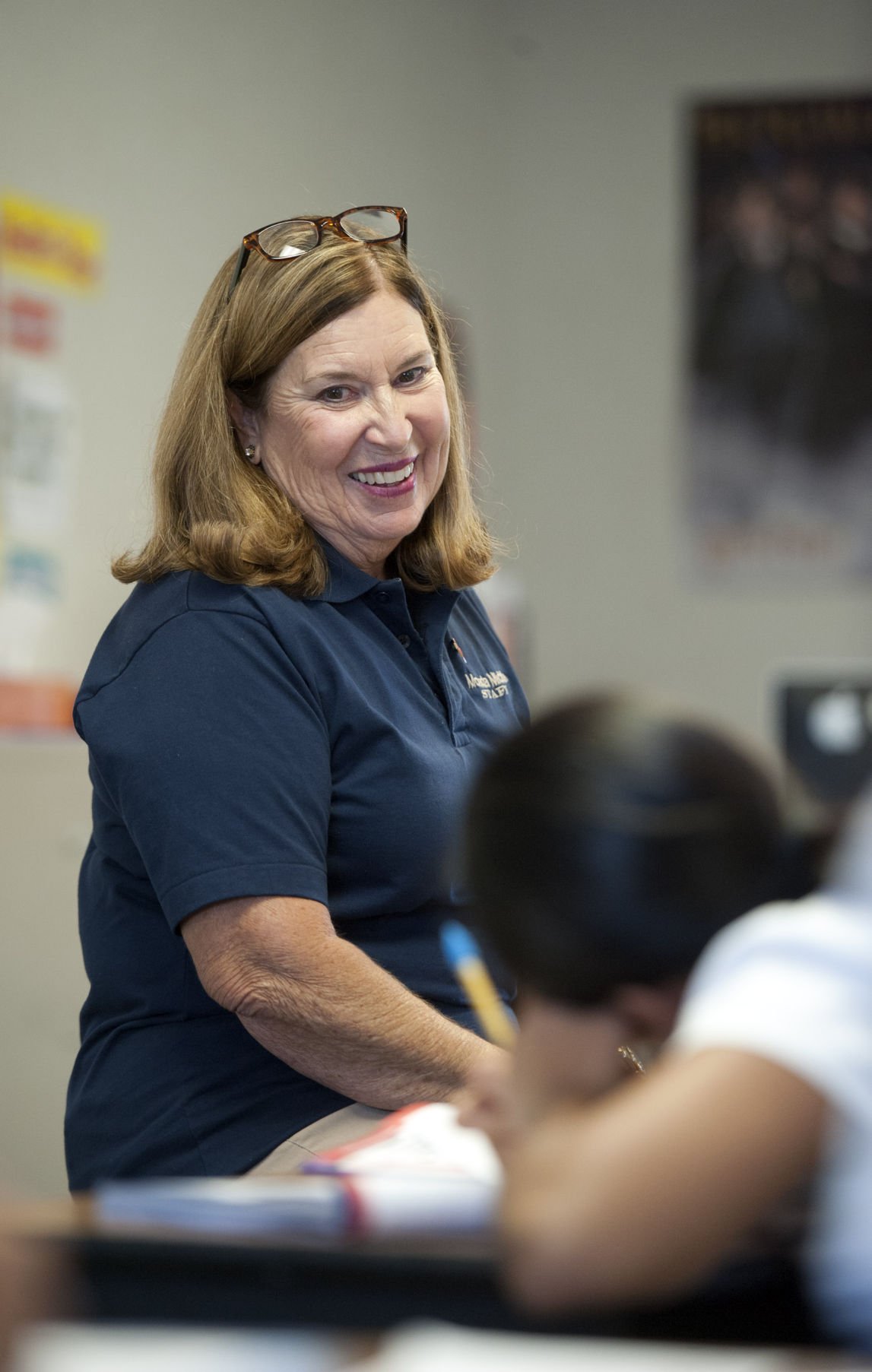 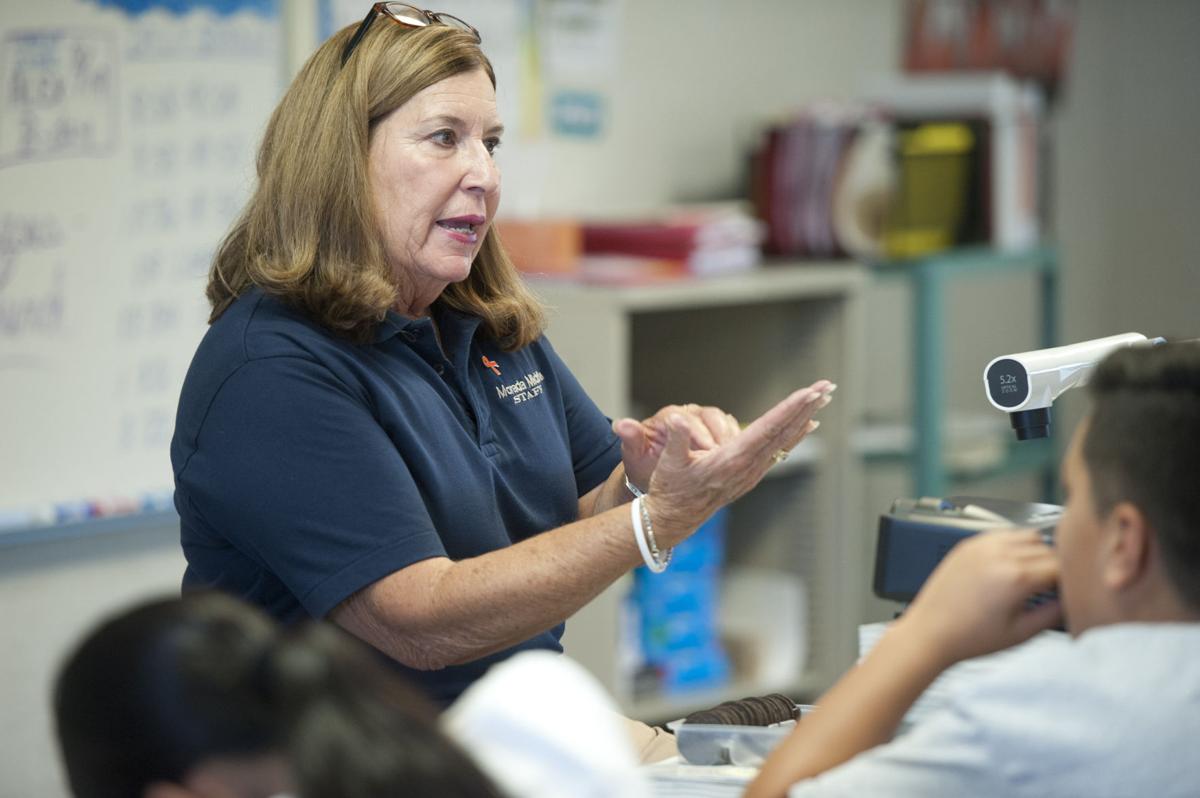 School districts like Lodi Unified are stretching their resources this year to fill teaching positions in classrooms, and a statewide teacher shortage is the culprit.

California has 8,245 positions available, compared to 5,868 on the same day last year, according to an EDJOIN report provided by the San Joaquin County Office of Education. EDJOIN is a service school districts use to post job openings, although some postings may have been mislabeled and some of those positions may be listed but could have already been filled.

The county seems to have fared better between 2015 and 2016. As of Aug. 19, there are 108 teaching positions still available in San Joaquin County, compared to 110 on the same day last year.

The district started the year with close to 80 vacancies, after some teachers left on maternity leave and some retired or left their positions. Gradually, the district has filled those spots with new teachers and people who are waiting for their credentials but are currently working as substitutes, according to Mike McKilligan, assistant superintendent of personnel. However, those without credentials can only work 30 days in the same position before someone new must take over the classroom.

Morada Middle School is continuing to search for an English teacher to fill a vacancy even after the school year has already started. Taking over the class is a retired teacher, Joanna Graf as a substitute while Principal Janet Godina-Perez continues to check EDJOIN for new applicants.

“Everybody is fighting for the same people. We’re almost trying to sell ourselves to them. We had a teacher interview here who also interviewed at Lodi Middle and Millswood (schools),” Godina-Perez said. The applicant ultimately chose one of the other two schools, she said. And applicants can afford to be more choosy since there are plenty of options available.

Graf retired in 2013, but was asked to come help while a permanent teacher is sought.

“The principal, who I value, said please start these kids out the right way so there’s some continuity,” she said.

The challenge this year is that there is new English curriculum that makes use of computers and technology that Graf had to get up to speed on to teach her students.

Another challenge that Graf noticed after retiring was a California senate bill, SB 27, that prevents recent retirees from heading back into the classroom to help as mentors and substitute teachers. They must wait 180 days before they can return to the classroom or else risk a reduction in their pensions.

That may turn away recent retirees from seeking to work as substitutes, she said.

Why is there a shortage?

Many educators believe the recent recession and subsequent increase in state funding may have been a factor in creating this shortage. Although, McKilligan sees it as a cyclical issue.

During the recession, education budgets shrank, and the teaching profession was seen as a bit unstable, so few students saw teaching as a field of opportunity, McKilligan said.

Finances have now begun to stabilize for many districts after changing funding models, Prop. 30 and state budgets recently gave schools a boost.

“The new Local Control Funding Formula puts money back in the schools and has allowed many of the districts to hire more teachers. This can help explain why districts are still looking to fill these new teaching positions,” said Karen DePrater, HR director for the county office of education.

This new funding formula allows districts to decide where their money goes and fund programs and services they feel are best for their students. One of those decisions in Lodi included working to reduce class sizes, which would require more teachers.

Schools are opening up more positions, but the workforce just isn’t there yet.

If you’re thinking of making a career jump into teaching, there are opportunities within the county to do so.

Teachers College of San Joaquin is one of the bigger institutions in the area with a program for people to get teaching credentials. It takes a bachelor’s degree, 120 hours (four months) of coursework at Teachers College, passing the CBEST test for basic skill requirements, meeting subject matter competency and completing a U.S. Constitution requirement to be eligible as a teaching intern.

There is always a great need for math and science teachers, according to Dr. Diane Carnahan, president of Teachers College. You don’t need to have a specific science or math degree, but need to prove that you know the subject matter well and pass proficiency tests, Carnahan said.

“A lot of candidates are career changers. They are people in other fields who say they would like to work with children and give back to the community,” she said.

Once prospective teachers are eligible as interns, they can actually apply to work at school districts and begin working and earning a paycheck while continuing their education.

There will be a teacher and administrator recruitment fair on Sept. 19 from 3:30 to 5 p.m. at the San Joaquin County Office of Education Wentworth Education Center, 2707 Arch Airport Road in Stockton. Interviews may be conducted on the spot and many applicants can be hired right away, Carnahan said.