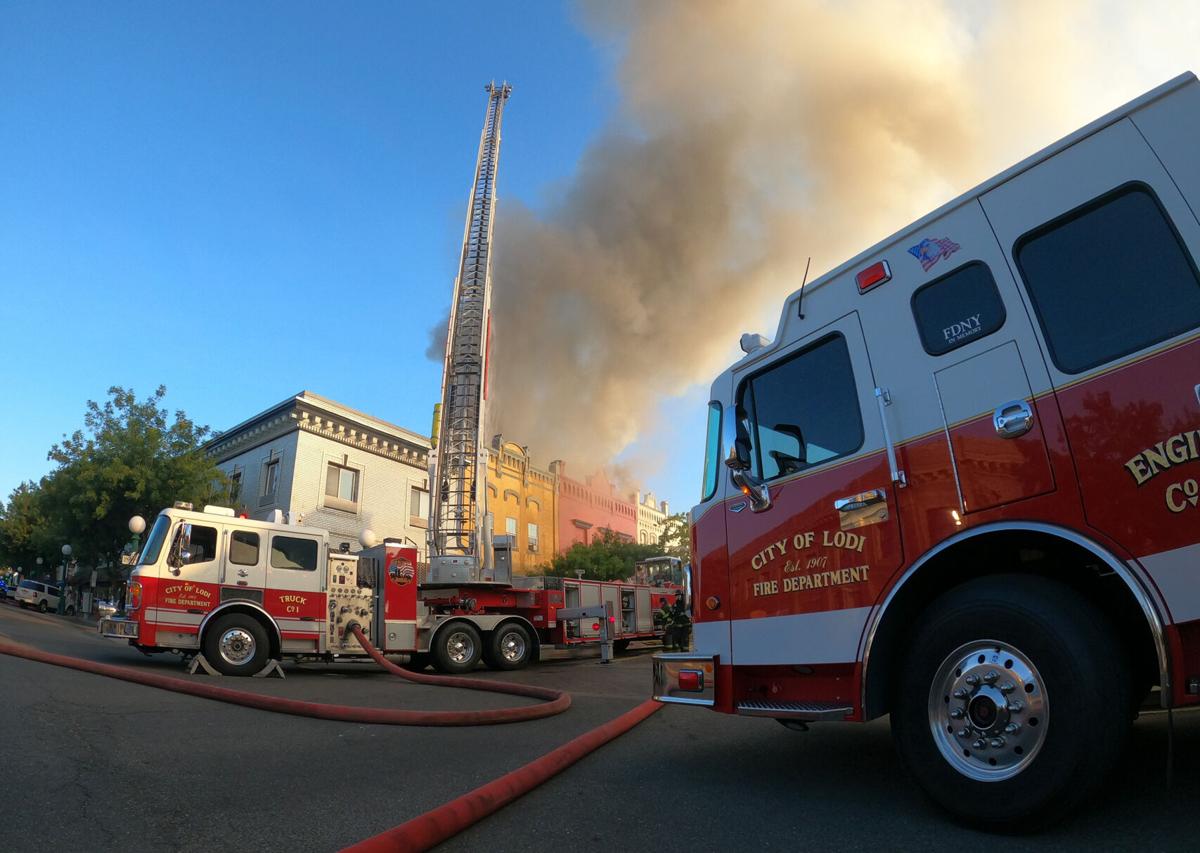 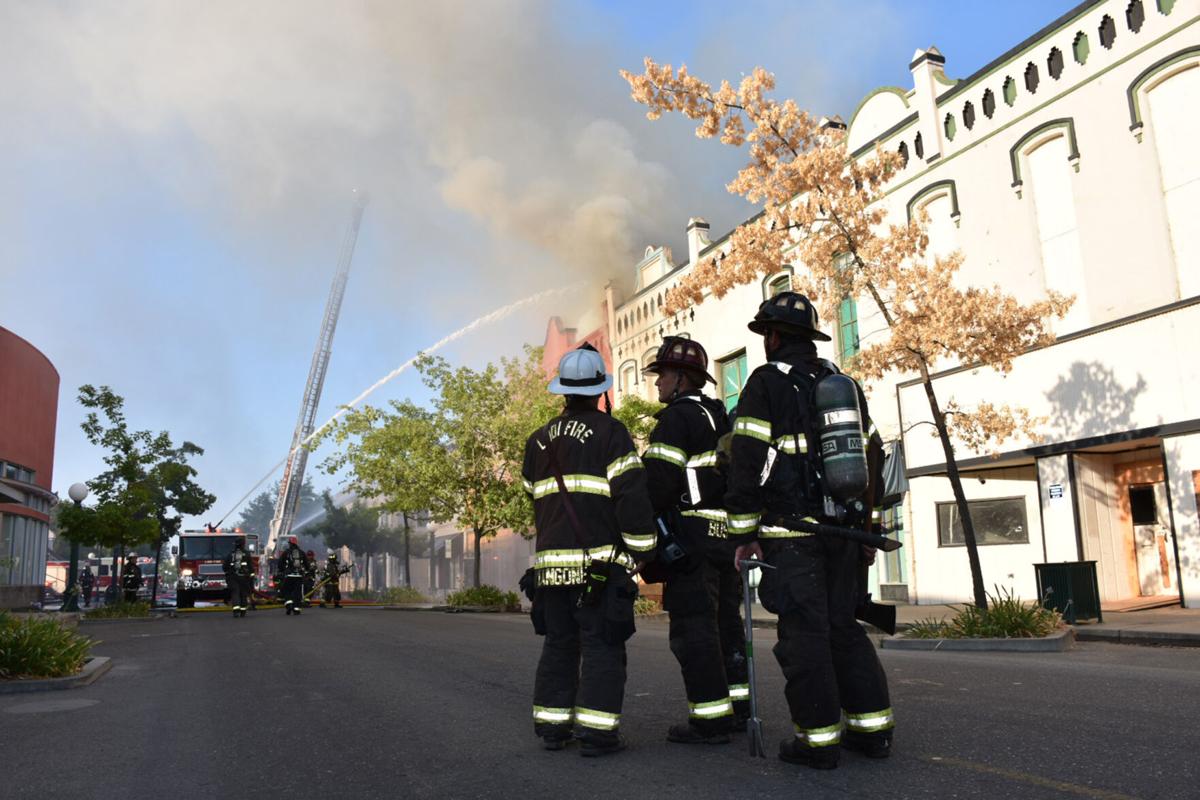 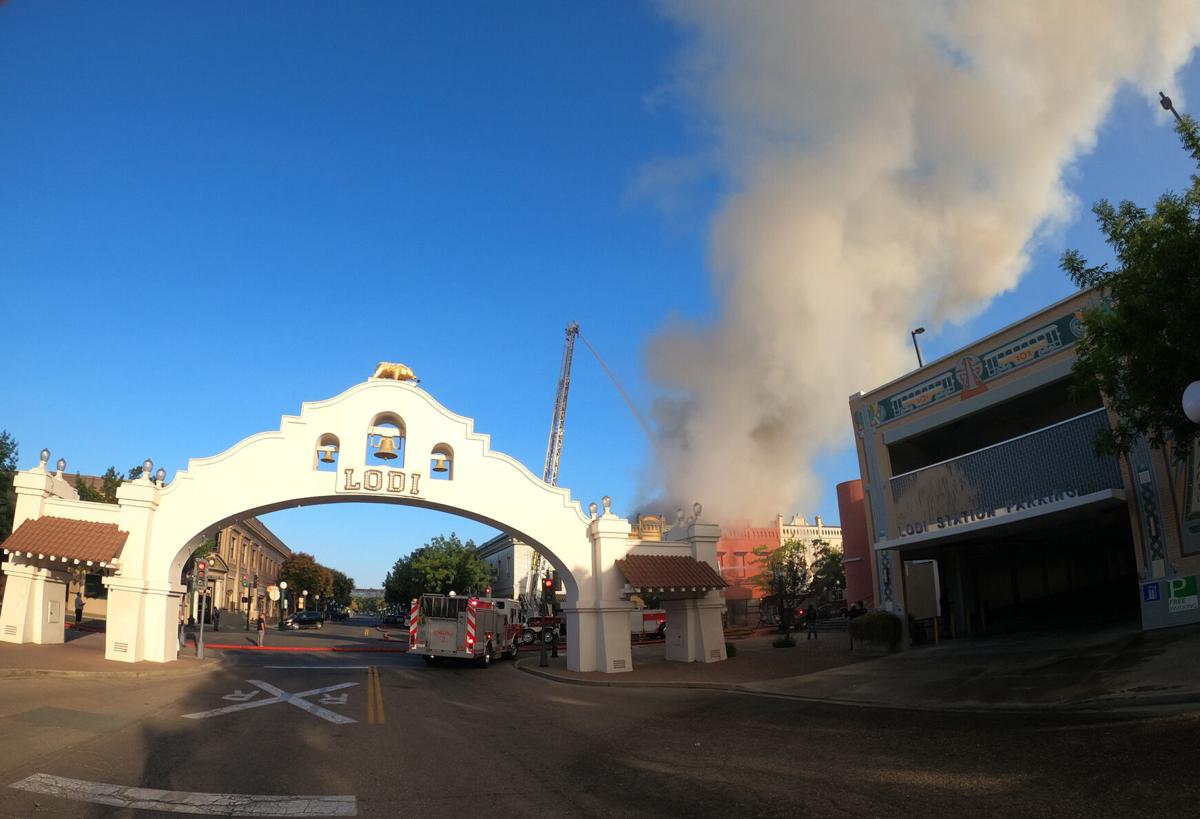 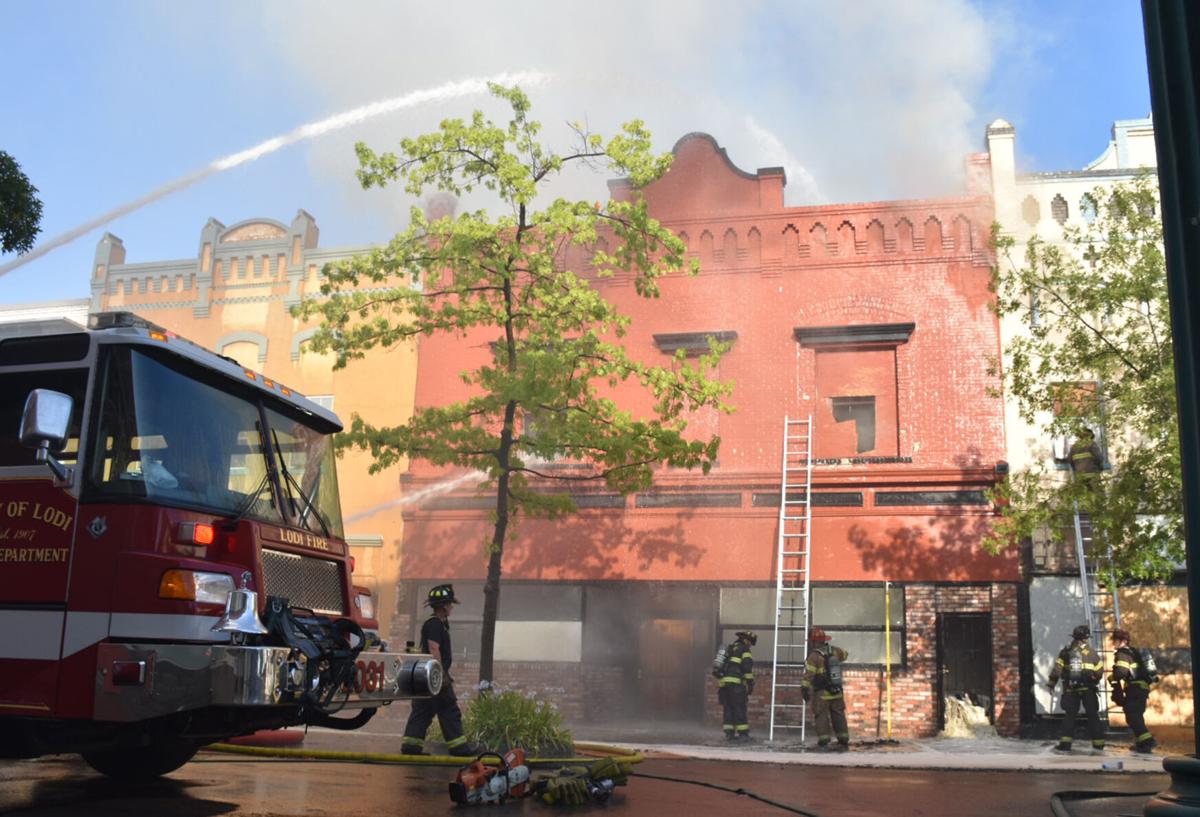 The call of the fire came in at 6:58 a.m., said Lodi Fire Department Battalion Chief Shane Langone. Fire and heavy smoke were coming through the roof of the building when the first engine arrived, Langone said.

The fire department initially started an interior attack on the fire, but the interior floor and the roof were starting to fall in. The firefighters repositioned to the street and began a defensive fire fighting technique of “surround and drown” using heavy streams of water from multiple engines from the outside of the building, Langone explained.

Nobody was injured in the fire, but there was structural damage to the adjacent buildings.

The cause of the fire is unknown, but Langone said there was no electric or gas connected to the boarded-up building.

Sacramento Street will remain closed Saturday between Pine and Elm streets due to the structural damage.

City of Stockton, Woodbridge fire and Cosumnes fire departments assisted in the fire.