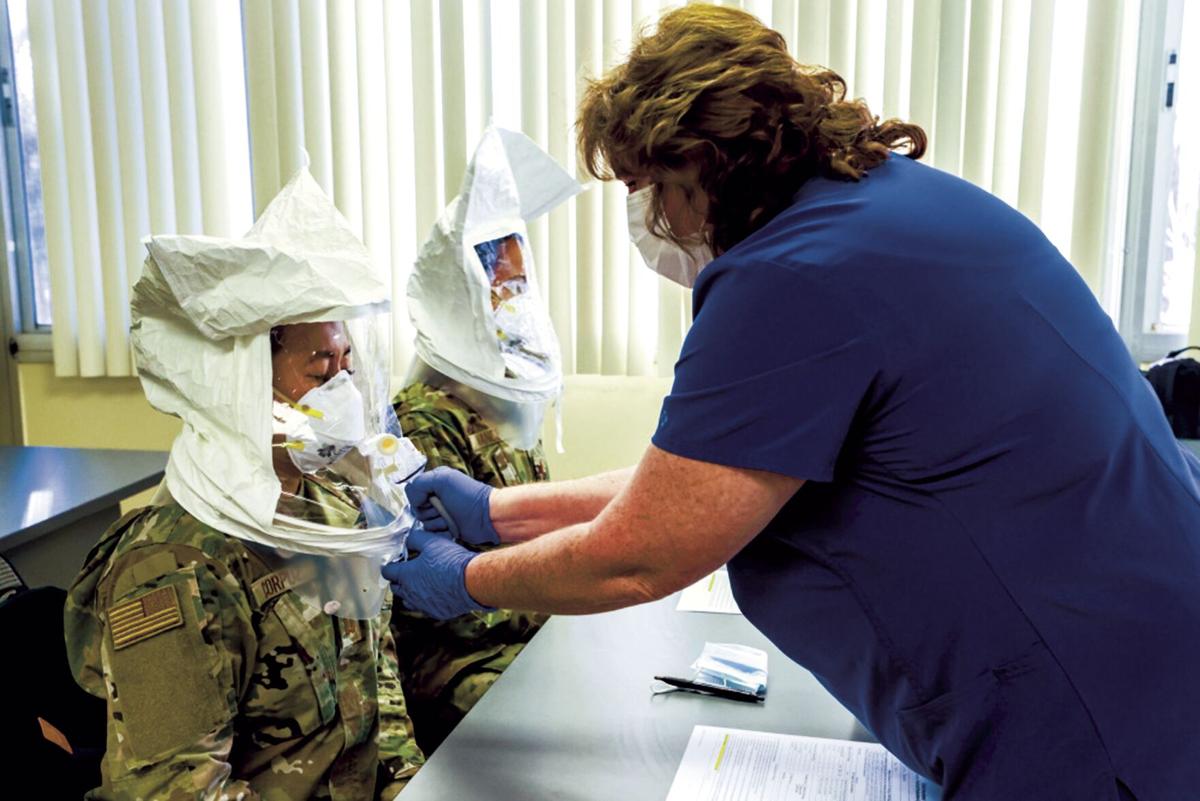 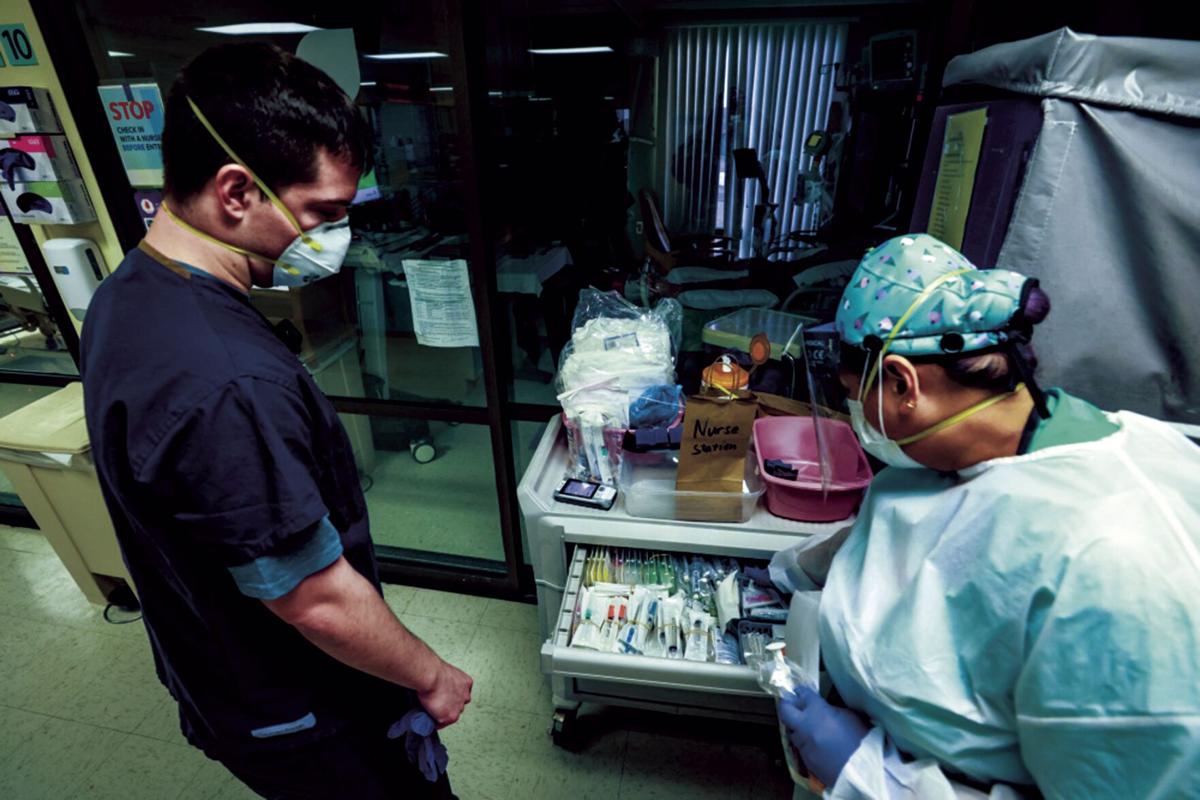 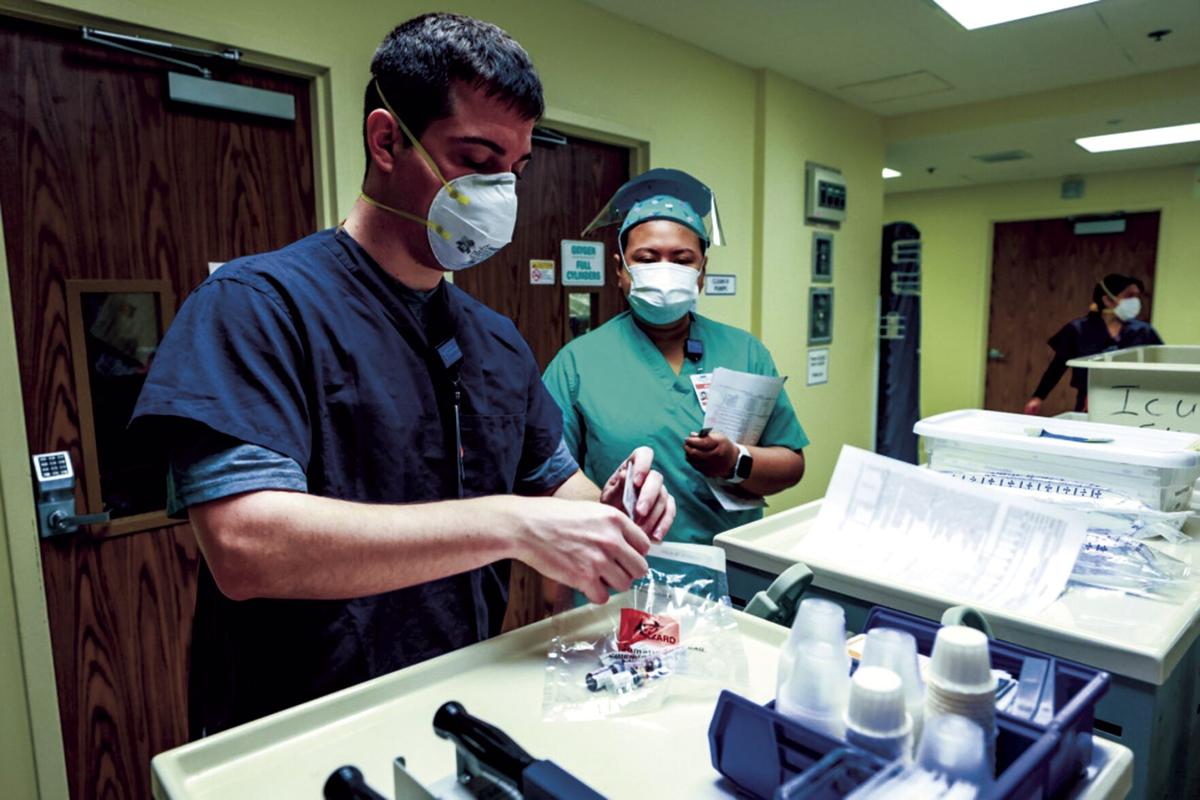 Before the COVID-19 pandemic made its way to San Joaquin County, the hospital operated with 10 ICU beds. On a normal day, the ICU would be treating six to eight patients a day.

But as the San Joaquin Valley and Southern California regions of the state experience a massive second surge of COVID-19 cases, Taylor’s unit has had to expand to 20 beds, with overflow on another floor of the hospital.

She said the ICU has been caring for as many as 25 COVID-19 patients each day.

“It’s very busy,” she said. “It can be stressful at times, but with the help of the (Department of Defense), the attitude here is so much better because of the help. Even though it gets grim, everyone still has a positive outlook. Their help is like building a sense that everybody has a great attitude.”

Of that team, 16 clinicians, one doctor and a physician’s assistant were assigned to Lodi Memorial.

Air Force Maj. Timothy Dempsey is a member of the DoD team assigned to Lodi.

“I think Lodi has been incredible,” Dempsey said of his team’s deployment. “Within 30 minutes of arriving, it felt like they had made all of us part of the team already. Everyone was willing to get right to work, and they accepted us with open arms. We’re really appreciative of that.”

As a critical care doctor, Dempsey has been assisting hospitals on both sides of the country the last seven months, and said what he is seeing now is very similar to what was experienced when the pandemic began.

“It’s been a long few months,” Dempsey said. “We’ve lost a lot of patients in that time, but I’m trying to keep my spirits up, as well as the spirits of my colleagues up, by trying to focus on the patients who do get better.”

While much of the statistics reported out of health departments at all levels focus on the number of COVID-19 cases and deaths, many have recovered, especially here in San Joaquin County.

According to San Joaquin County Public Health Services, a total of 42,571 patients have recovered from the virus.

Taylor said that in just the past few days, the hospital has seen a couple of its ICU patients get better. Although hospital staff has seen some recover, the ICU continues to admit patients on a daily basis. Unfortunately, room is available after another patient has succumbed to the virus, she said, as the ICU saw four patients die on Monday.

“We’re all in a critical situation,” Taylor said. “In the ICU, if a patient doesn’t get better, they don’t go home. It takes a toll on the staff and physicians. It takes a toll on everybody, because we’re all working very hard to help every patient.”

As of Tuesday, a total of 672 people in the county had died from COVID, according to county public health, while there are 6,063 active cases either being treated or recently tested.

The seven hospitals in the county were treating 355 patients on Tuesday, with 95 in the ICU. At Adventist Health Lodi Memorial, 55 patients were being treated for COVID-19, three of whom were in the ICU — down from 13 on Monday.

County public health reported on Tuesday that there have been 4,404 confirmed cases in Lodi — not including rural areas covered by the city's ZIP codes — and the city has the second highest transmission rate at 648.31 cases per 10,000 residents.

“This is a big deal,” Taylor said. “I hear people say they don’t believe it’s as bad as it’s been reported. But it is bad. People need to be made very much aware of it and take the proper precautions.”

Dempsey agreed, noting that while there are two different vaccines now being administered to frontline workers and soon to the elderly and general public, people still need to protect themselves.

“I really urge people to do the standard practices that have been talked about,” he said. “And that’s wearing a mask, keeping a safe distance, washing your hands. I was in New York during that initial surge, and while some people were getting better, we really didn’t know about COVID when it began — what was working against it and what wasn’t. Now we have vaccines, and my hope is there is an end in sight, but I still urge people to take this seriously.”