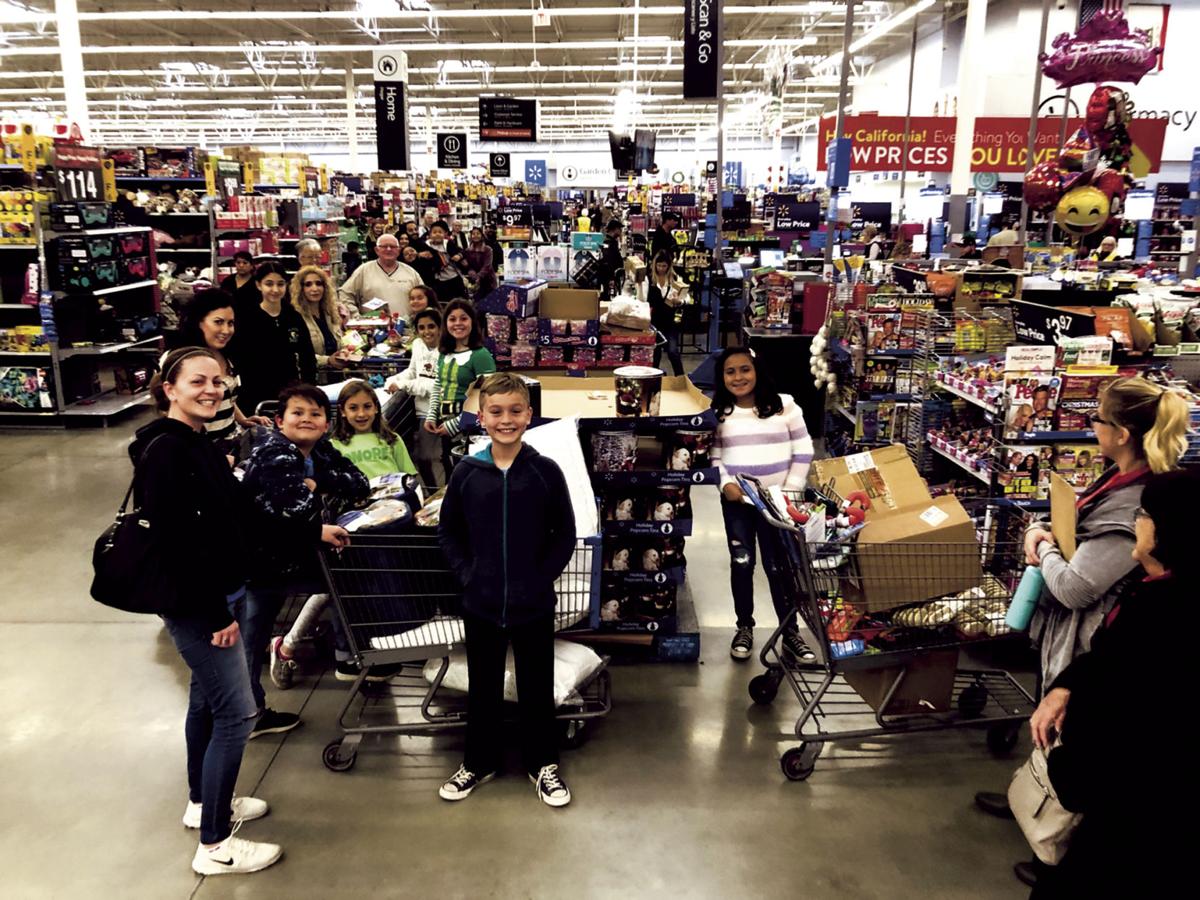 Radiant Life Church partnered with Erma B Reese Elementary through The A.C.T. Project (A Community Transformed) to help students from Reese Elementary serve others at Christmastime. Students recently went shopping at Walmart to help fulfill their acts of kindness. 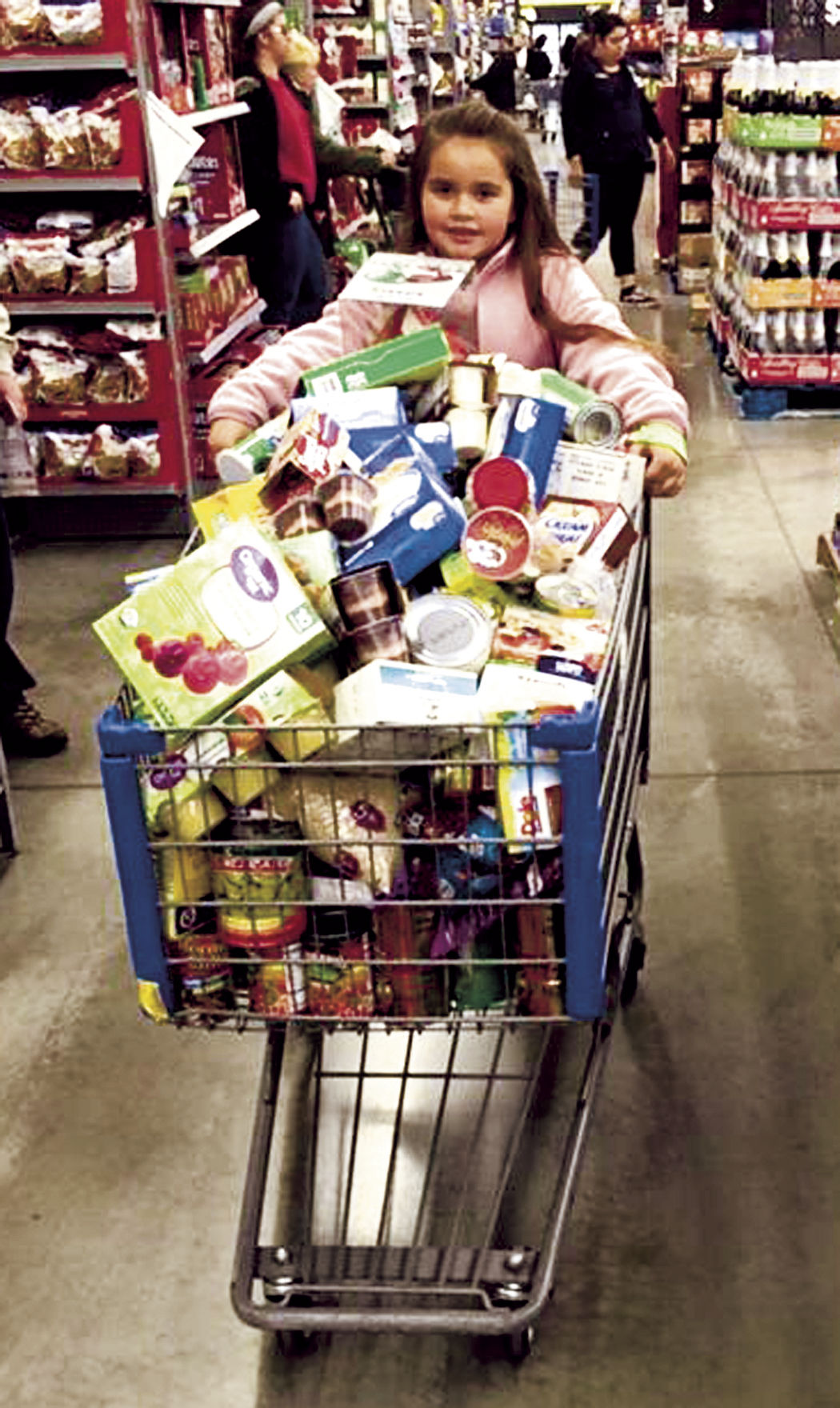 A Reese Elementary student shops at Walmart with proceeds she received to help fulfill an act of kindness.

Radiant Life Church partnered with Erma B Reese Elementary through The A.C.T. Project (A Community Transformed) to help students from Reese Elementary serve others at Christmastime. Students recently went shopping at Walmart to help fulfill their acts of kindness.

A Reese Elementary student shops at Walmart with proceeds she received to help fulfill an act of kindness.

More than a dozen students at Lodi’s Erma B Reese Elementary School were recognized for their efforts to help the homeless, elderly neighbors, wounded veterans and those grieving from loss during the holidays.

Radiant Life Church of Lodi on Monday awarded $2,210 to 14 Reese students as part of the A Community Transformed Project.

For the last four years, the church has partnered with the school to undertake the project, which involves having the students write essays about people in the community that have needs requiring a little bit of extra assistance.

Fourth grader Ginger Soeth was awarded the “Most Outstanding Essay” award during an assembly on Monday, and received as much as $250. Of that award, $200 went to blankets for donations to various nonprofit and charitable organizations. The remaining $50 will be used to purchase juice and cocoa mixes, and Soeth will sell the drinks to help her purchase more materials to keep making blankets.

The largest award went to fifth-grader Kylie Diggle, who received $300 to purchase sympathy cards. Every Reese student will receive a blank card, and they have the opportunity to send a card to the family of a fellow student who recently passed away from battling an illness.

Many students wrote essays about the student, and the church will be donating as much as an additional $550 to the school for a memorial in the student’s name.

Second grader Vicki Palaez received an “Outstanding Essay” award, and received $200 to purchase items to give to the Salvation Army.

“We want our students to see the needs in this community, and then develop compassion, take the initiative and meet that need,” Odell said.

Pastor Robert Schlipp accompanied the students to Walmart, where they purchased the items they need to complete their donations. He said the church has provided a total of $3,260 in gifts and awards through the ACT project this year.

The relationship with Reese, Schlipp said, was created soon after his family moved to Lodi four years ago. His children attended the school, and said it was only natural to invest in it.

He called the Reese students the real heroes of the ACT project.

“I’m just really hoping these kids can be seen as an inspiration to the entire community,” he said. “I hope that it inspires people that if they see a need, any kind of need, to be part of the solution.”

Schlipp said needs addressed in some of the essays submitted over the years are hard to fulfill. For example, he said one student wanted to get his friends together and visit seniors at assisted living centers to keep them company.

“Some of the best essays I’ve read, we can’t figure out how to fund, because the kids are already doing whatever it is they need to do to solve that problem,” he said. “A lot of times, their needs don’t take money to fulfill, they take time and compassion, and these kids are showing they already have that.”

The church does not only partner with Reese for the ACT program, Odell said. Church members beautify the campus every year as part of the Love Lodi community cleanup day, as well as volunteer as referees for various sports and at the school’s “Noon League” activities.

In addition, Odell said Reese has a long history of showing compassion and giving back to the community, through larger nonprofit campaigns such as Pennies for Patients and Jump Rope for Heart, which raises funds for the Leukemia and Lymphoma Society and the American Heart Association, respectively.

When students learned some of their fellow classmates were autistic, they campaigned for autism awareness. When a school staff member was diagnosed with breast cancer, the students raised awareness for that cause as well, Odell said.

“The way I look at it, and the way the school looks at it, is that we’re in the process of developing citizens who are going to be the bedrock of the community for years to come,” he said. “They’re developing not just through academics, but through character. And the ACT program as provided us with the resources to see what compassion looks like.”

• Hannah Stewart, grade 5: up to $50 to buy material to make blankets for the animal shelter.

• Kaitlyn Manous, grade 5: up to $50 to buy gifts for a friend grieving a loss

• Rebecca Khoury, grade 5: up to $50 to buy gifts for a friend grieving a loss

• Damian Huesca, grade 1: up to $100 to buy sweaters to donate to the Salvation Army.

• Armaan Pannu, grade 4: up to $100 to purchase warm items to donate to the Salvation Army.

• Cameron Stinnett, grade 5: up to $100 to purchase sleeping essentials for the homeless to donate to Salvation Army.

• Yareli Mendoza, grade 5: up to $150 to purchase groceries for an elderly neighbor who has trouble shopping.

• Gianna Silva, grade 4: up to $200 to purchase goodies to send to troops serving in the military.

• John Q. Goehring, grade 5: up to $200 in movie and shopping gift cards to donate to single mothers from The Lodi House.

• Alina Bautista, grade 4: up to $200 to continue her work in making supply bags with her mom for the homeless.

• Vicki Palaez, grade 2: received the Red Ribbon for her “Outstanding Essay,” and was awarded up to $200 to purchase for a donation to Salvation Army.

• Ginger Soeth, grade 4: received the Blue Ribbon for her “Most Outstanding Essay,” and was awarded up to $250, $50 to buy drink mix to continue her work in raising money to make blankets and $200 to purchase blankets to donate.

• Kylie Diggle, grade 5: up to $300 to purchase sympathy cards to give every student Reese Elementary the opportunity to send a card to the family of a student who recently passed away.

• A special gift of $160 in shopping and entertainment gift cards was given to a family in need, that includes a student of Reese Elementary.

• Additionally, Radiant Life Church provides a gift card to a local coffee shop to every staff member at Erma B Reese Elementary as a Christmas blessing for their investment in our community.