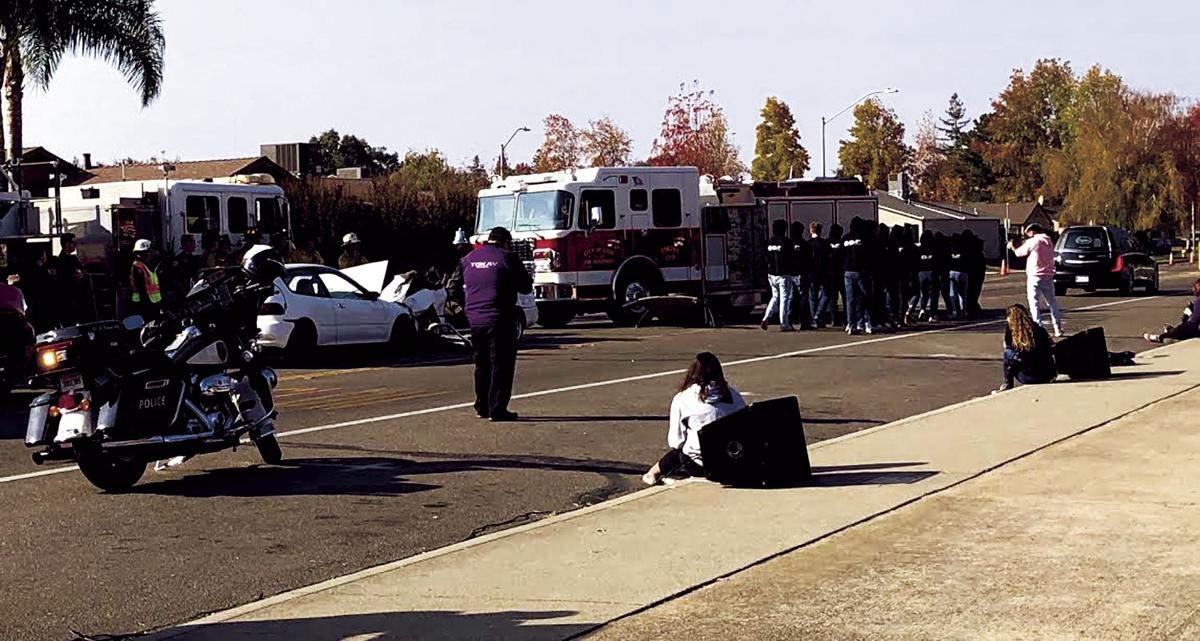 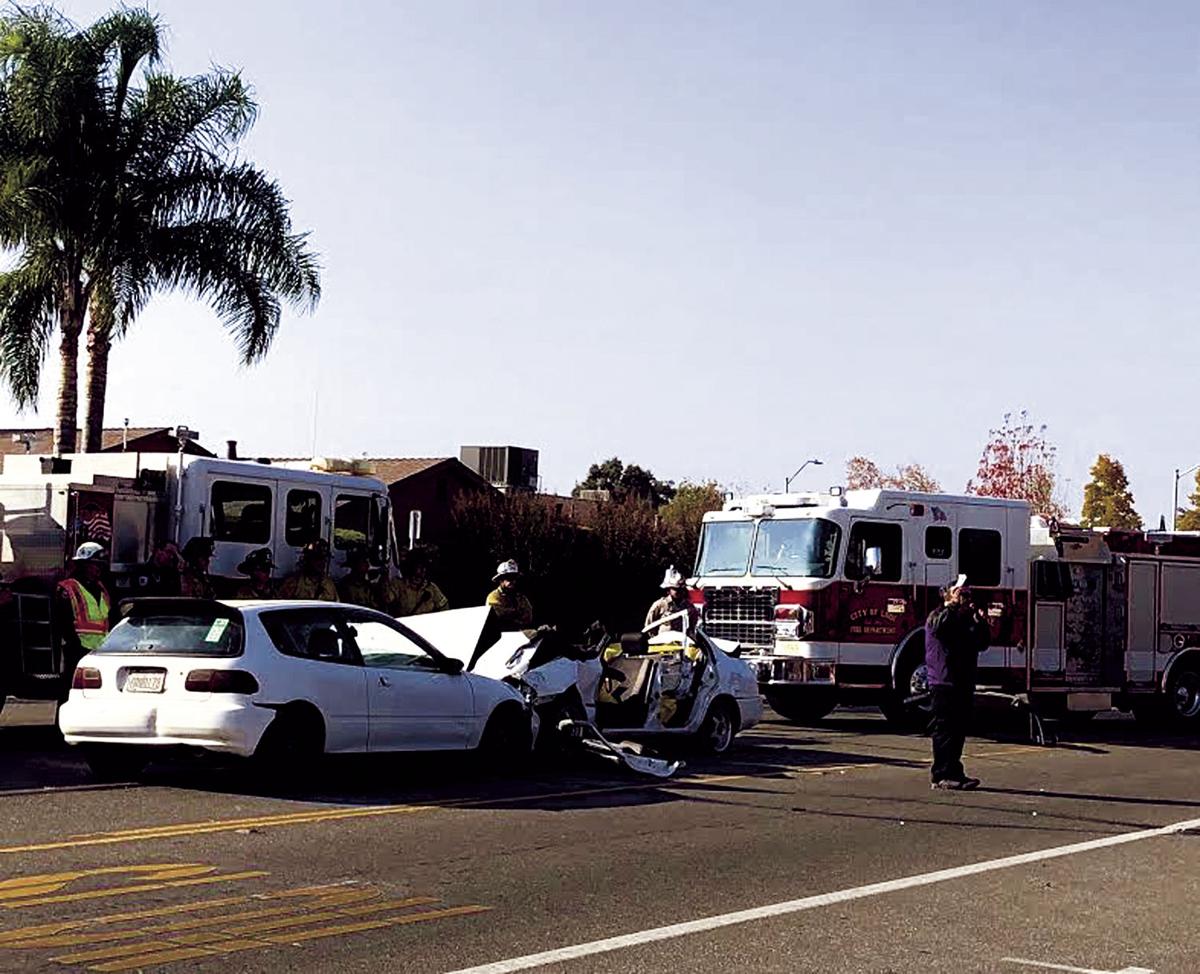 The scene of a deadly accident was staged in front of Tokay High School on Thursday morning, as part of the Every 15 Minutes program.

As junior and seniors students watched from in front of the school, Chris Stevens, the host of the Every 15 Minutes program and a former law enforcement officer and deputy coroner, explained the first images an officer might come across when arriving on the scene of a fatal accident.

“When I first saw the deceased, her head was positioned in the south and her heels were positioned to the north,” Stevens said.

The realistic simulation is meant to teach students about the impacts of drinking and driving.

Stevens explained the techniques first responders might use to try and save a victim’s life at the beginning stages of the “Golden Hour” — the timeframe in which successful emergency treatment can be administered to resuscitate traumatic injuries.

As fire engines, police cars and ambulances arrived on the simulated scene of a head-on collision, students in the audience silently watched.

Firefighters used the Jaws of Life to remove the roof of a ravaged vehicle to reach junior Amanda Freeman as she sat motionless inside the vehicle, portraying an accident victim.

“It was pretty hard to see my friend like that, and then having to be taken away in a helicopter,” junior Rachel Peters said.

Before the program, Peters said, she did not realize how frequently drunk driving accidents happened across the United States.

Officer Ruben Jones, a spokesman for the California Highway Patrol, said most students live in a bubble. Programs like Every 15 Minutes help break down the mental barriers that causes teenagers to think they are invincible.

“We want to convey to students that, unfortunately, this is an everyday occurrence throughout the United States. It may not happen every day in their neighborhood, which leads them to believe it does not happen that often, but it does,” he said.

The Every 15 Minutes program is sponsored by the California Highway Patrol and the California Office of Traffic Safety to educate students of the real and emotional consequences of drunken driving.

When the program started in the 1990s, it was named after the drunken driving fatalities that happened every 15 minutes in the U.S. Now, that number has dropped to one death every 53 minutes, according to the National Highway Traffic Safety Administration.

Almost 31% of people between the ages of 15 to 20 who were killed in accidents in 2015 had been drinking, the NHTSA reported. Teen drivers are responsible for 12% of all road-related deaths, yet make up less than 10% of the population as a whole, according to the Insurance Institute for Health and Safety.

The program alternates, held at Lodi High one year and Tokay High the next, just before prom season. It serves as a reminder to students not to drink and drive, and not to get into the car of someone who is intoxicated.

“I’m sick of seeing dead bodies. I just can’t get those images out of my head,” Jones said. “If this program encourages students to talk about drinking and driving and this information spreads from one person to another and another, then we’ve done our job.”

Officer Chris Delgado said Every 15 Minutes provides students with an opportunity to get a more profound understanding of the aftermath of drunk driving, and a realness that is embedded in the presentation through its theatrical elements.

“There is an instructional element that allows students to understand aspects of what happens that they wouldn’t otherwise know,” Delgado said.

Senior Celica Garcia said she appreciated how much information and facts were offered during the presentation.

“It was good to watch, and see the breakdown of how bad the situation actually is,” she said.

The second half of the program will take place today as attorneys address students and explain the legal consequences of driving under the influence.

The program will conclude with students and parents reading emotional letters about the consequences of drinking and driving, and sharing the tremendous impact such fatal collisions have on both the victims’ family and the driver’s family.