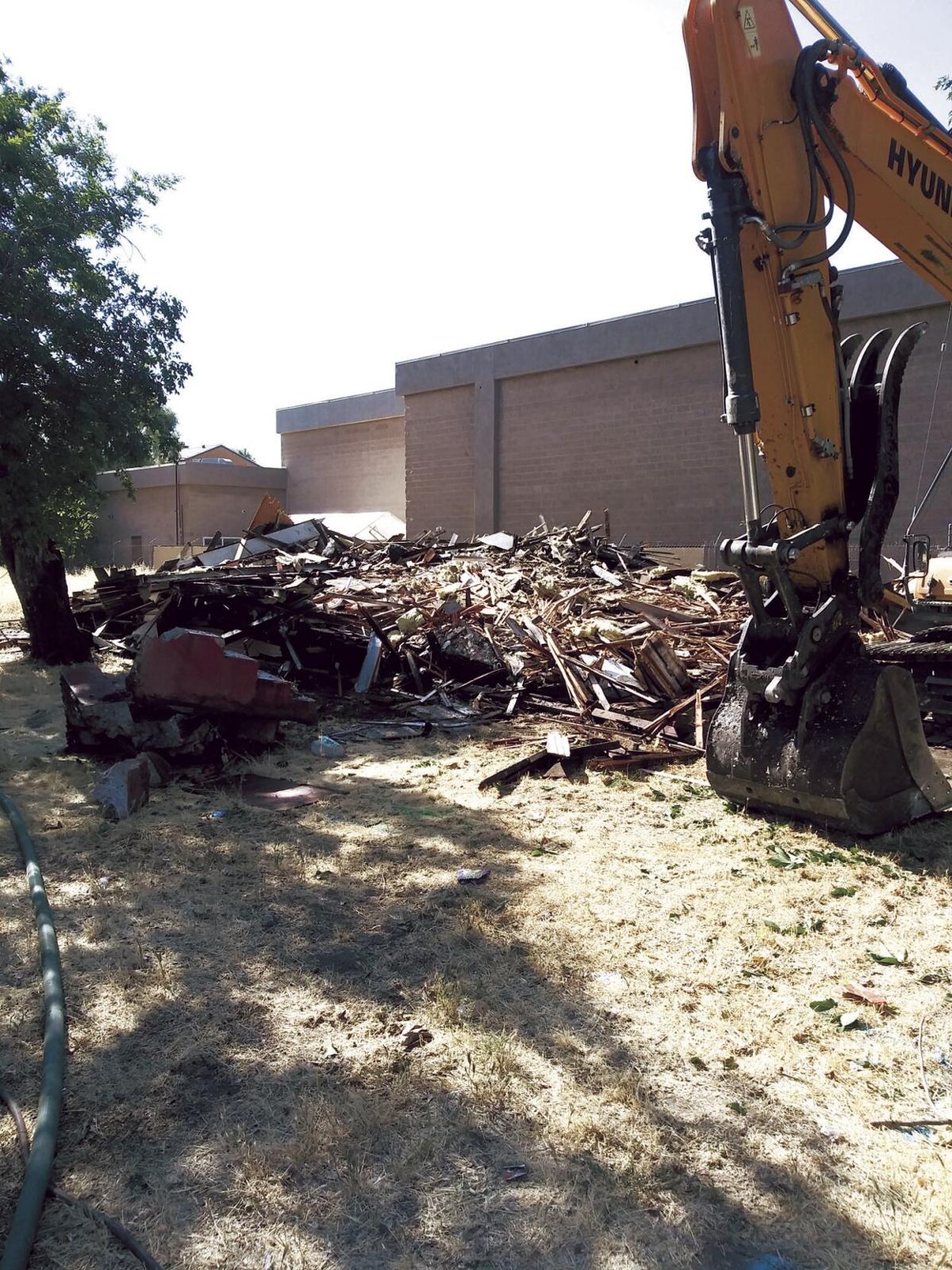 The house at 1880 S. Hutchins St. was demolished Tuesday 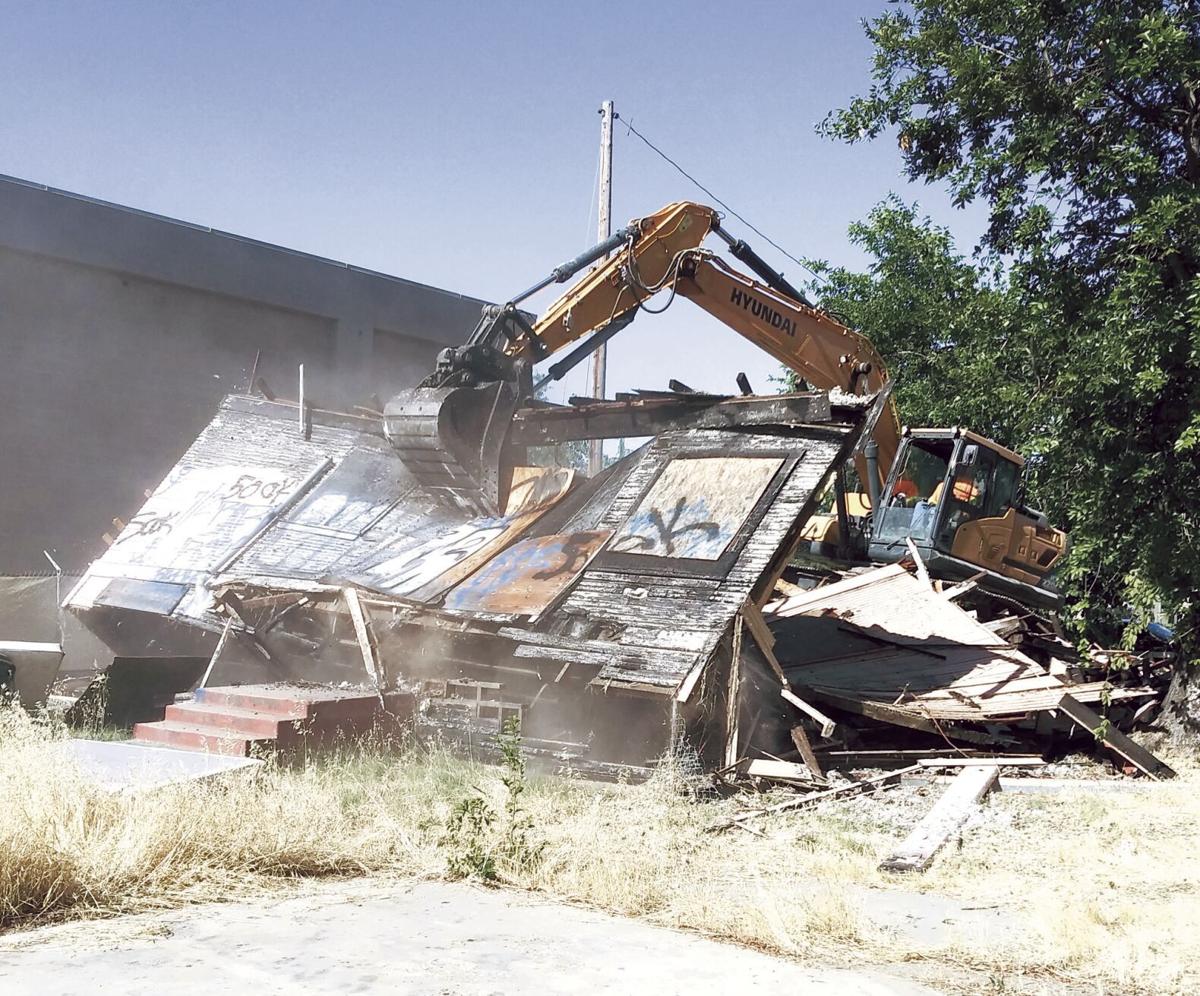 The final wall of the vacant house at 1880 S. Hutchins St. comes down. 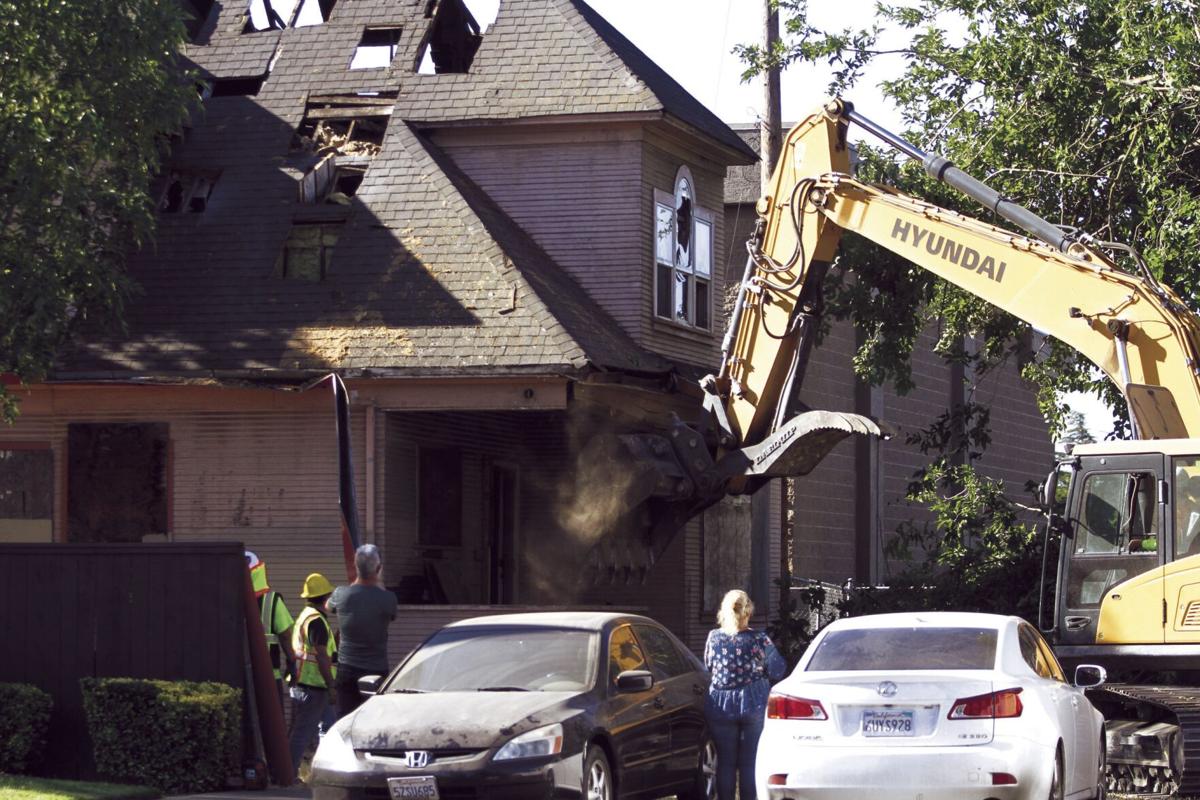 A demolition crew makes its first breach of the vacant house. 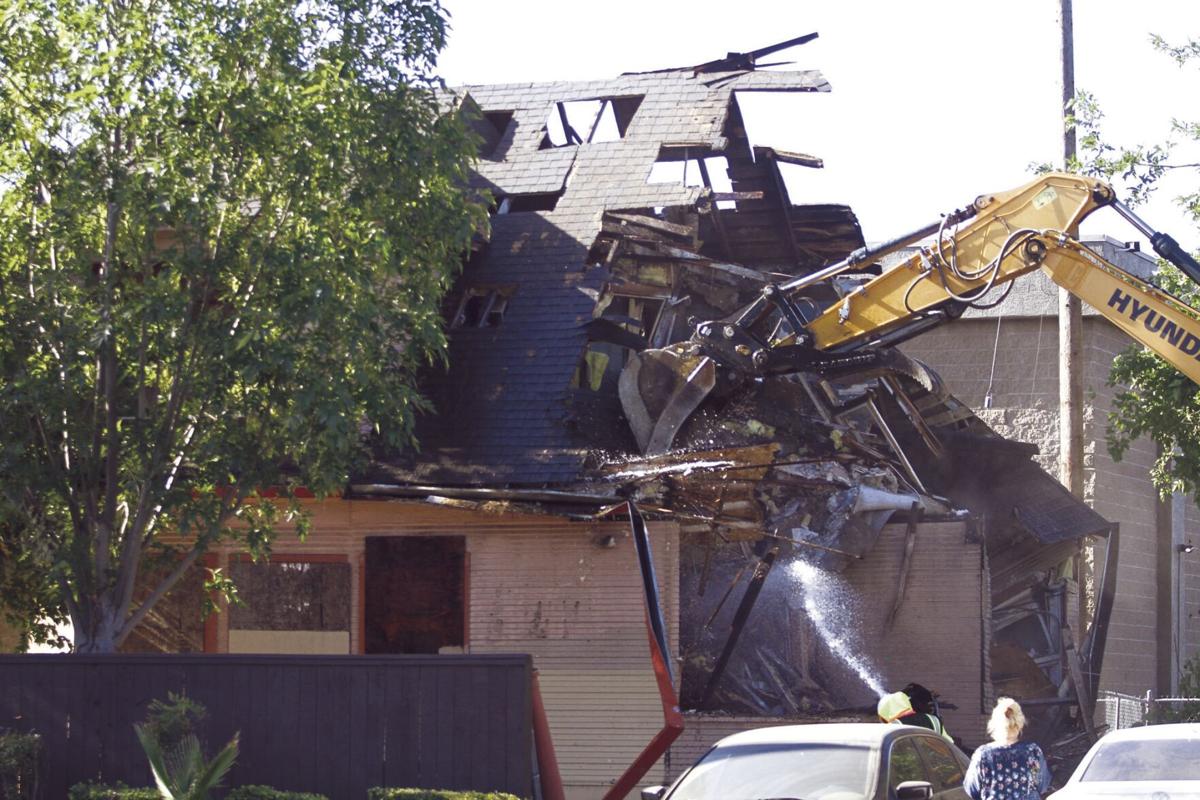 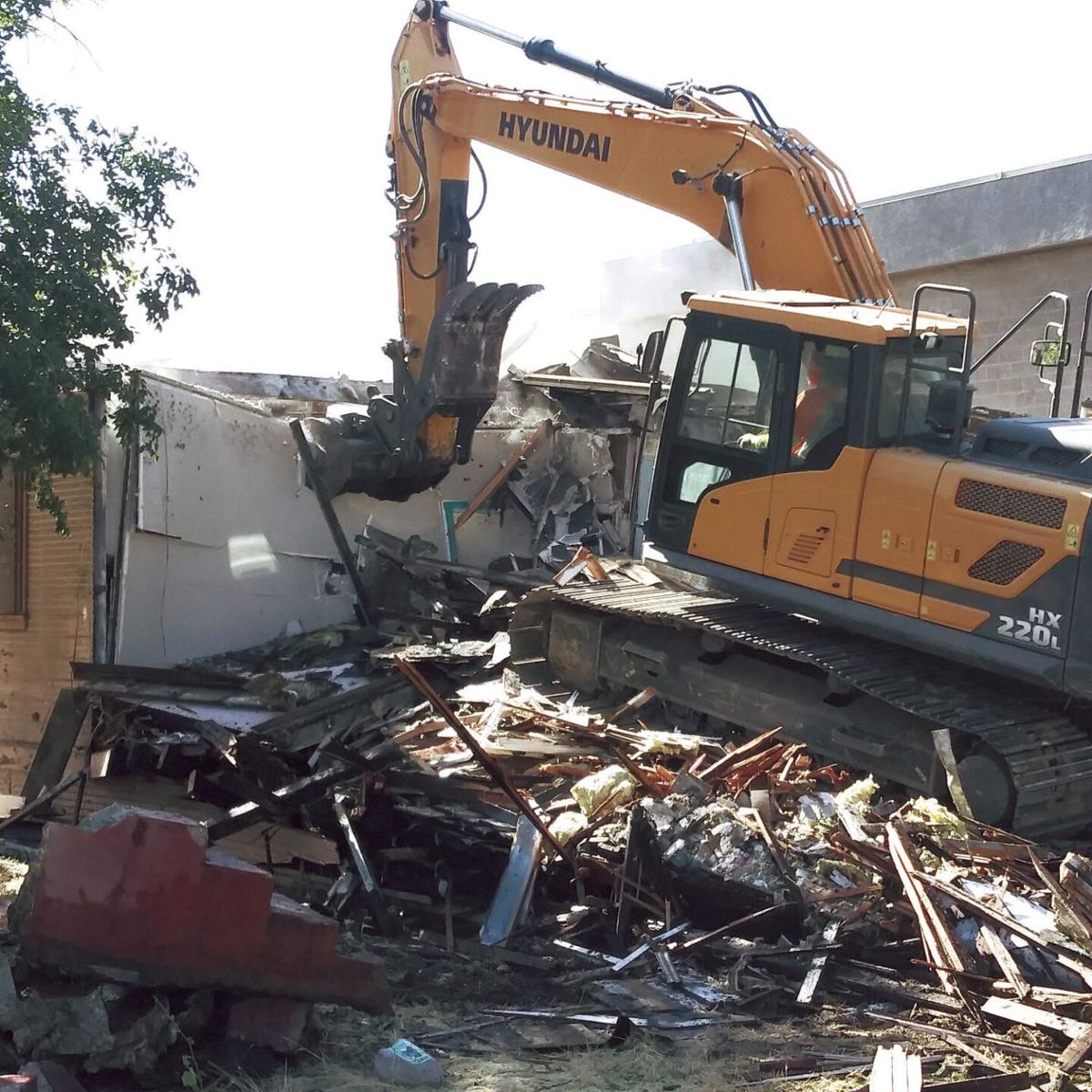 The house at 1880 S. Hutchins St. was demolished Tuesday

The final wall of the vacant house at 1880 S. Hutchins St. comes down.

A demolition crew makes its first breach of the vacant house.

One of the oldest homes in Lodi was brought down by demolition crews Tuesday morning to make way for expansion and improvements to the Twin Arbors Athletic Club.

A crew from RB Environmental took less than an hour to bring down the boarded-up, vacant home at 1880 S. Hutchins St. with a back hoe, more than a century after the structure had been built.

David Claxton, owner of the Twin Arbor Athletic Club, said the home had an interesting history, as a former owner built the pool now used by his club.

“(The house) was built in the early 1900s, and the owner, his name was Robbie,” Claxton said. “He owned the land where the club is, and in the 1960s, he built Robby’s Olympic Club. All these people my age who grew up here, they were friends with his kids, they learned to swim in the club in that swimming pool. And now their grandkids are learning. It’s just really a cool history.”

Claxton wanted to buy the land the house occupied when he purchased the athletic club three years ago. He tracked down a descendant of the original owner and made an offer, but she declined.

Several people wanted to buy the property, Claxton said, but the owner refused them all. Then two years ago, she offered it to Claxton.

According to Realtor.com, the two-story house was built in 1910 and totaled 2,058 square feet with four bedrooms and two bathrooms. The entire property was .29 acres, according to the website.

“If the house were actually set back on site like it should be, I probably would have considered renovating it,” Claxton said. “But the homeless had trashed it so bad, and there had been three different fires in there.”

At some point in the future, Claxton said he plans to build a parking lot near the front of the property along with an outdoor use that will be conducive to club operations.

The frontage roads along Hutchins Street will be joined at some point as well, he said, and negotiations with the City of Lodi are in progress. He said it may be a couple years before the road project gets underway.

“We’re totally excited,” Claxton said. “You never see the club because of the huge trees and the house and everything. It’s going to open up the side of the building that nobody has ever seen. We’re excited to be back to normal. Ish.”