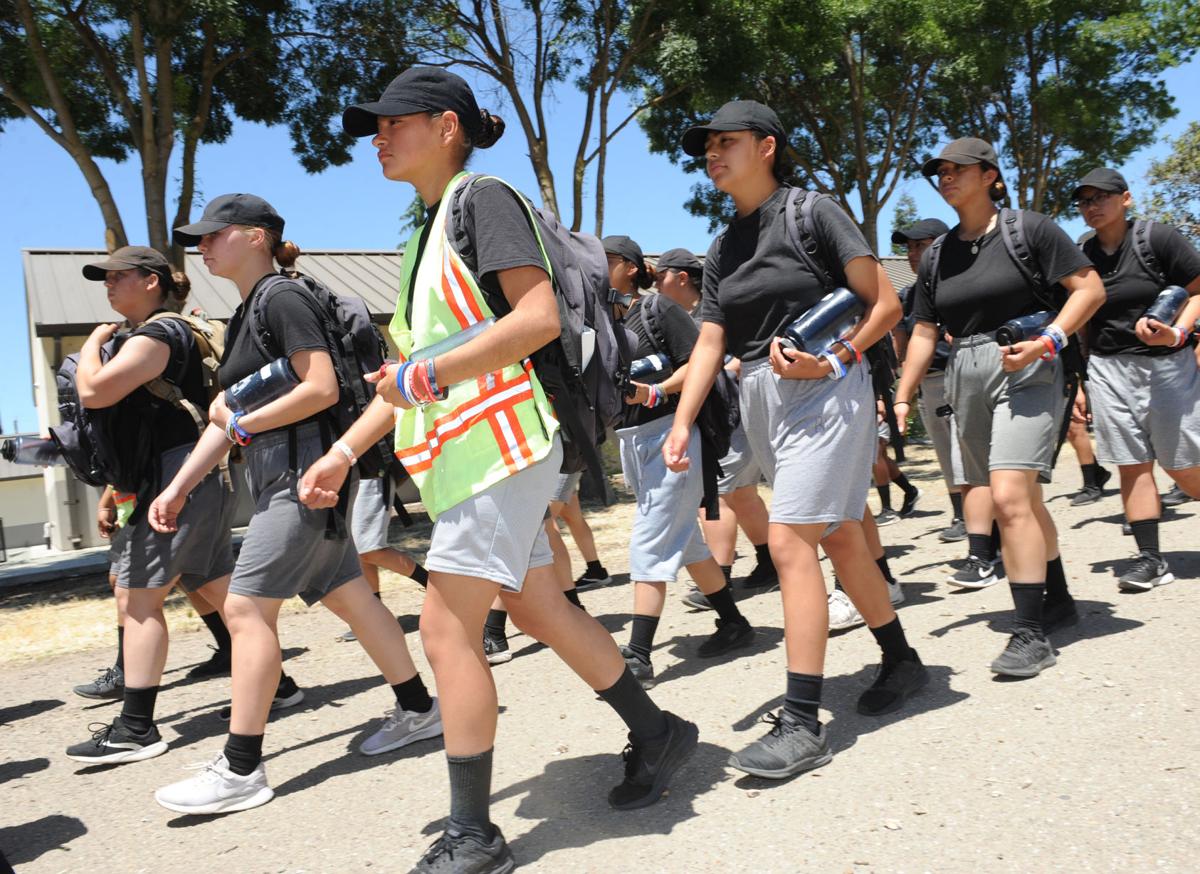 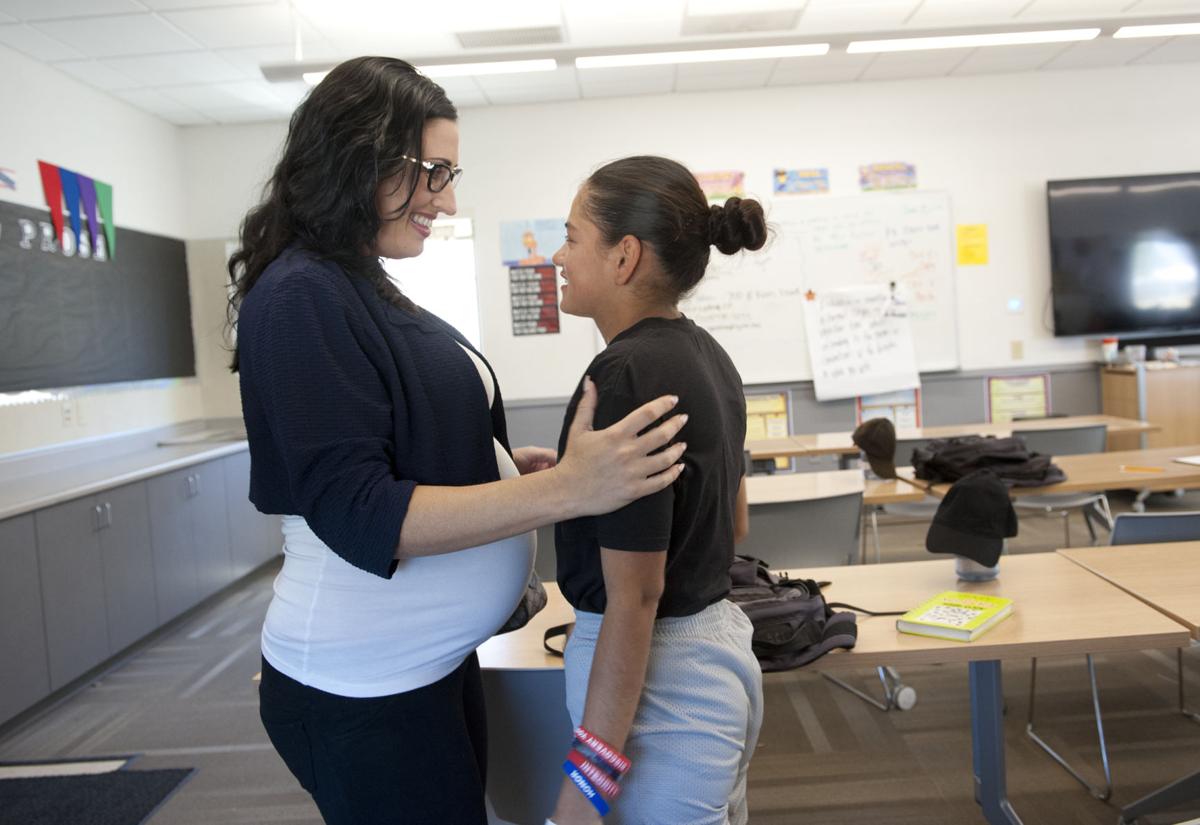 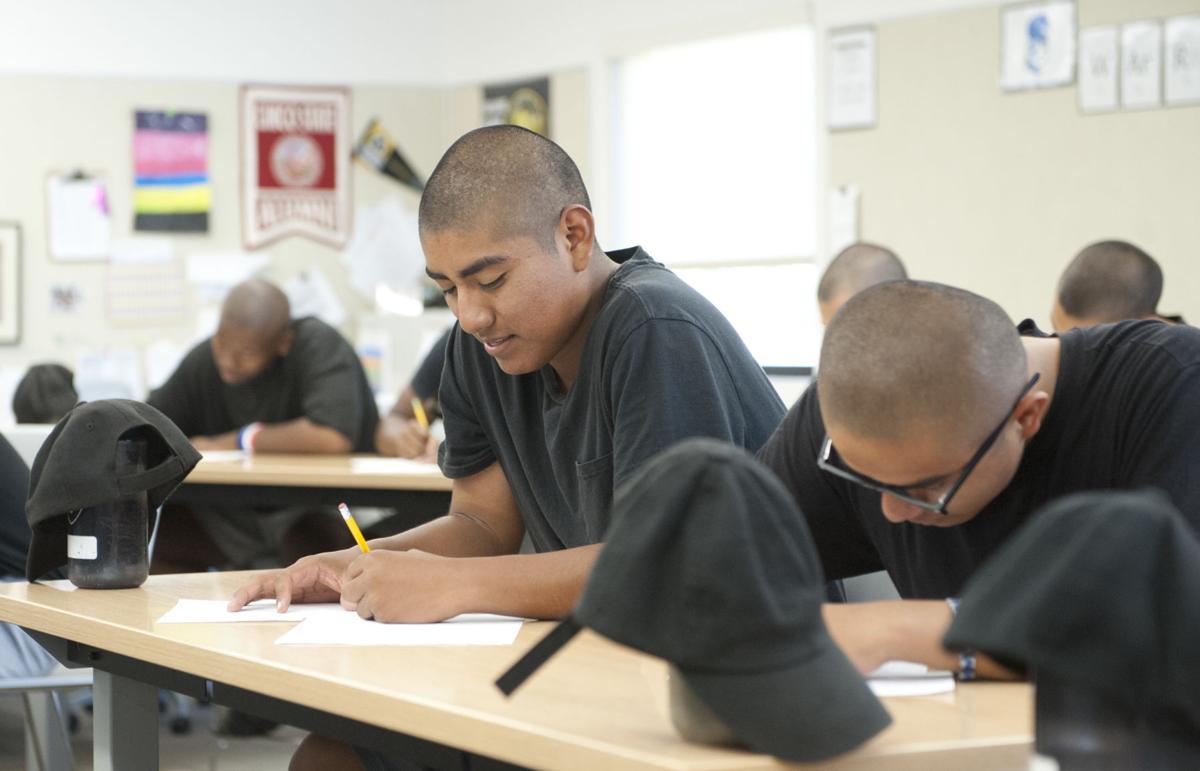 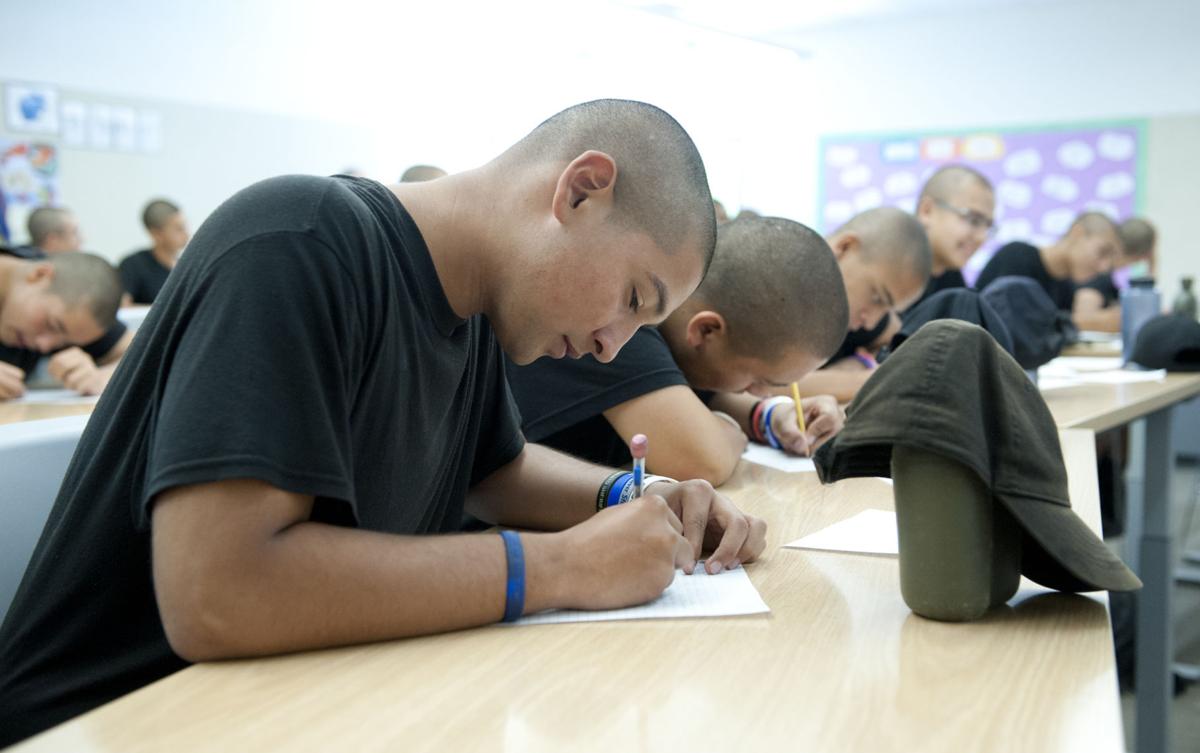 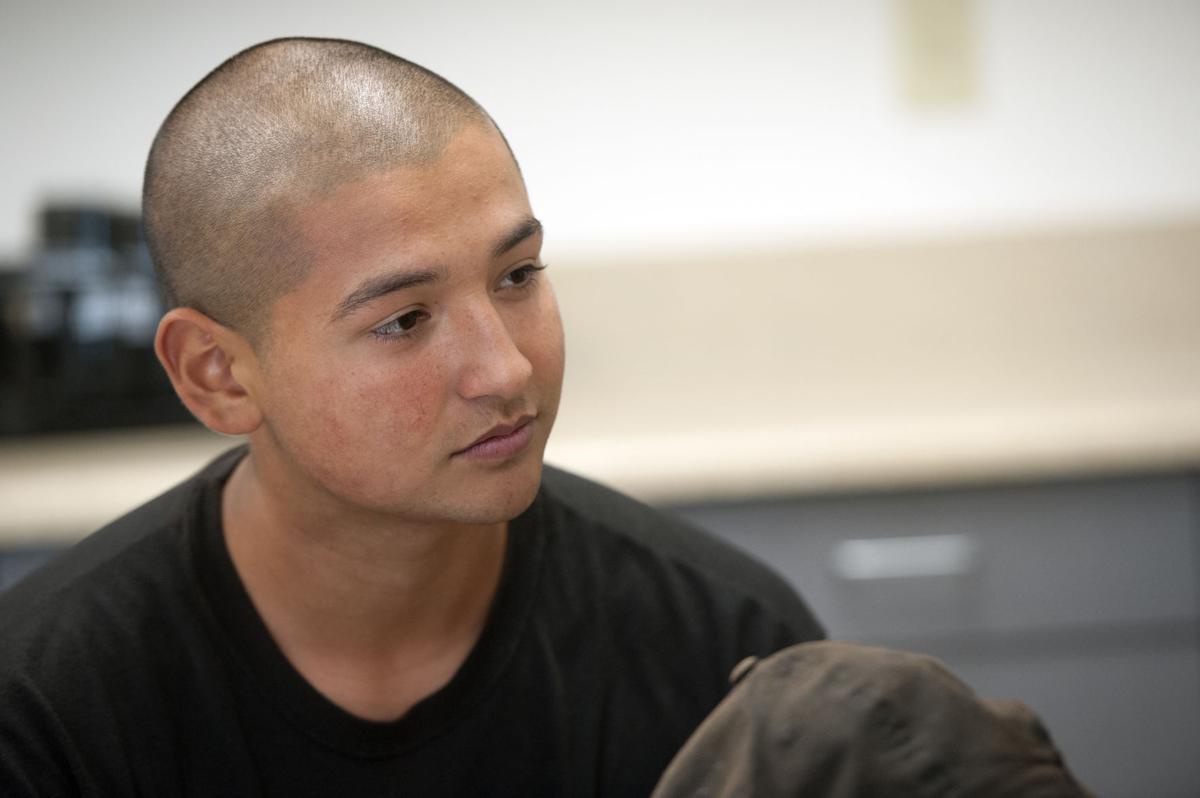 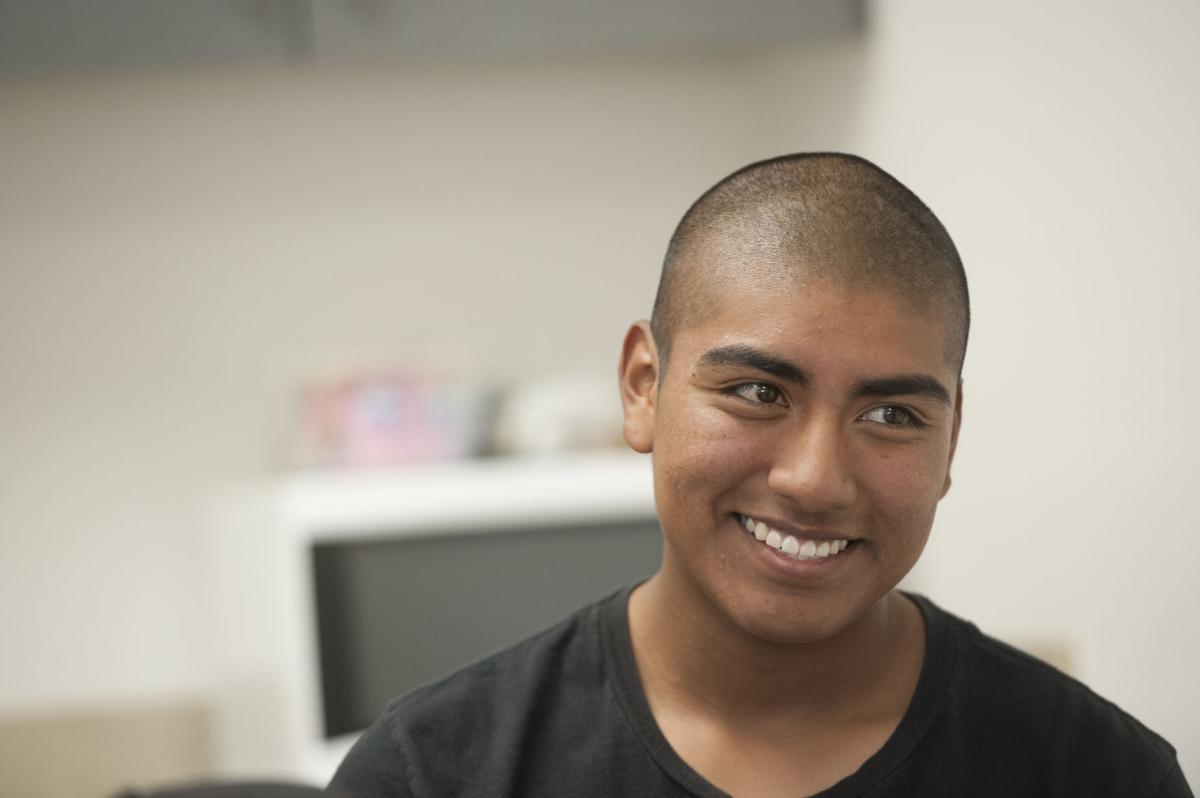 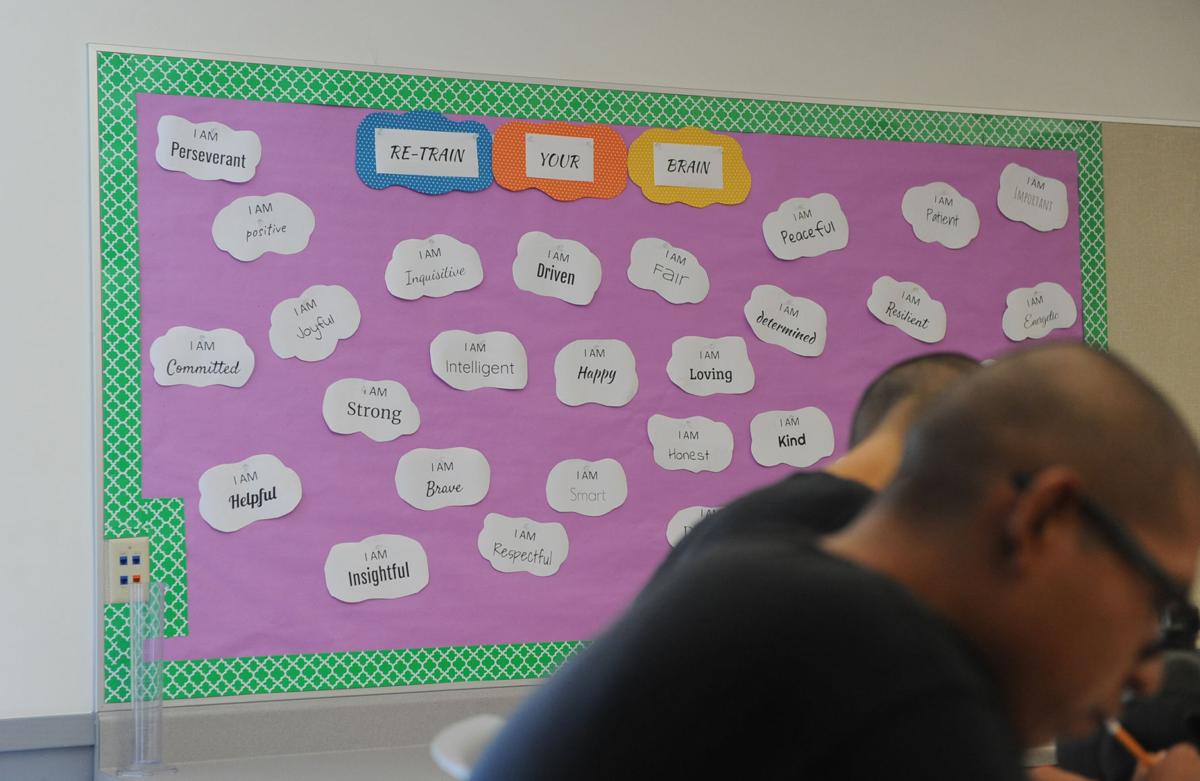 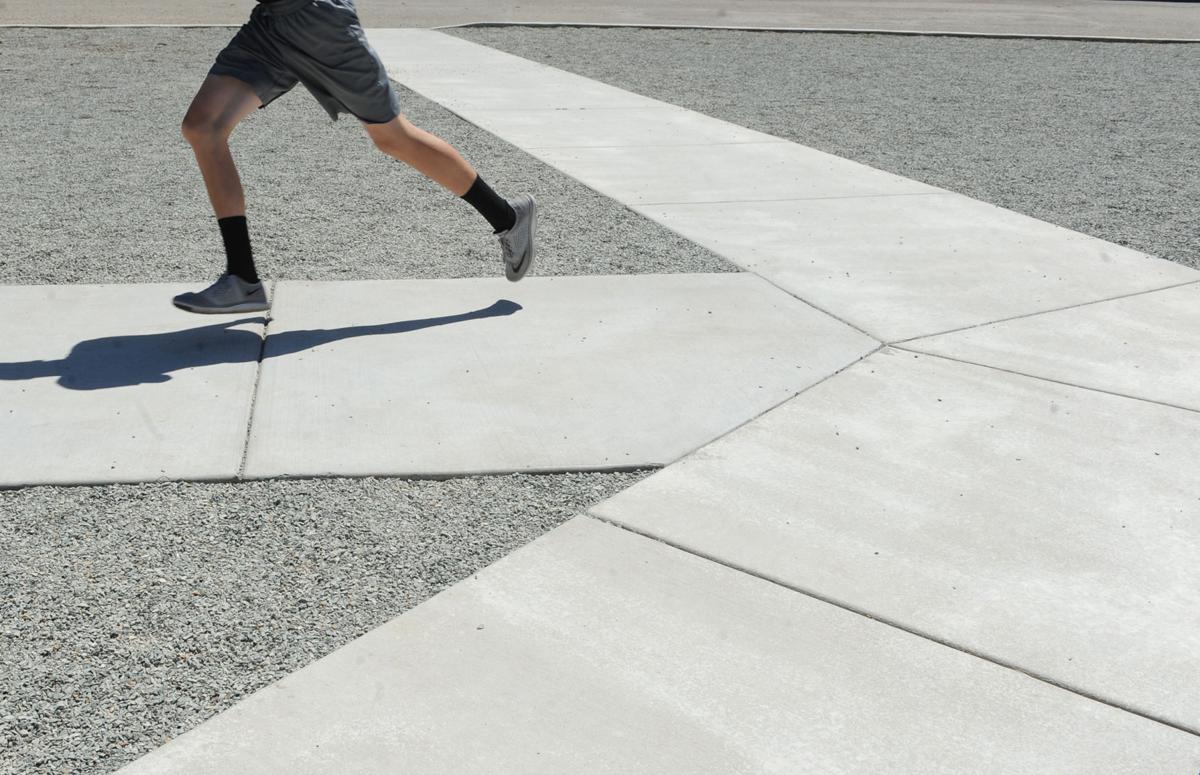 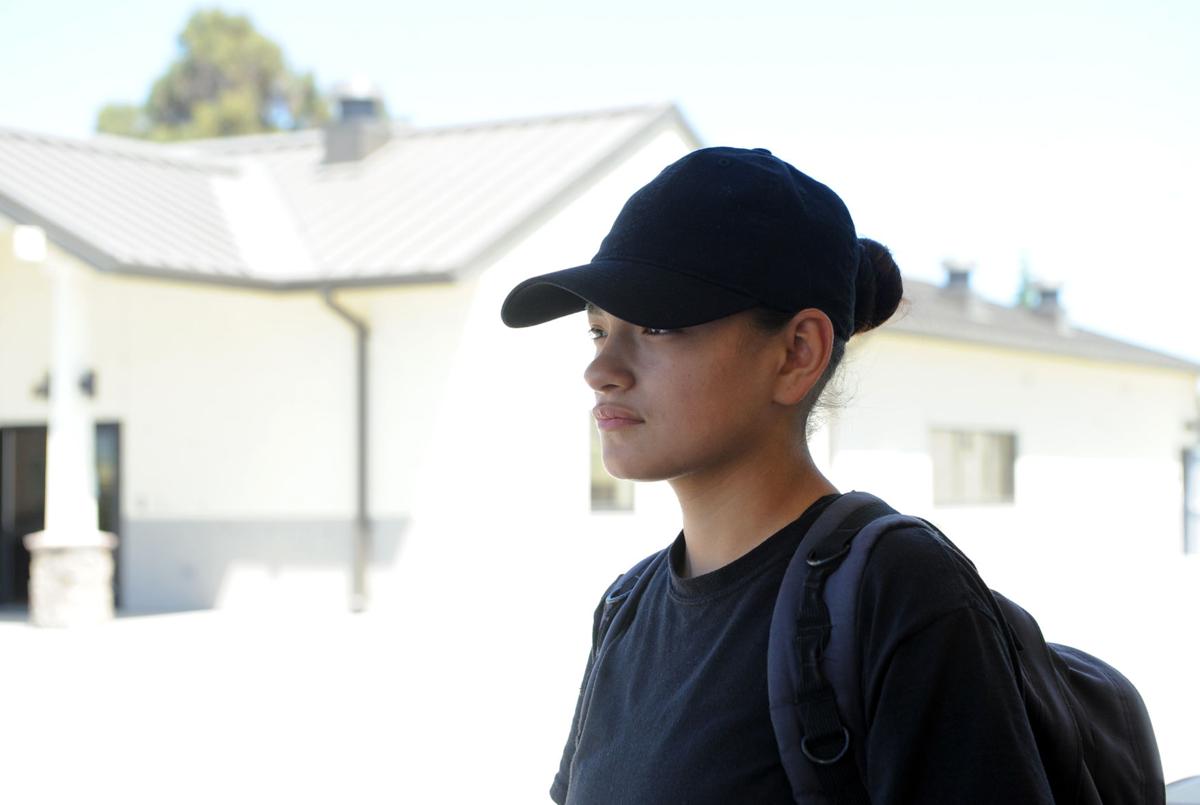 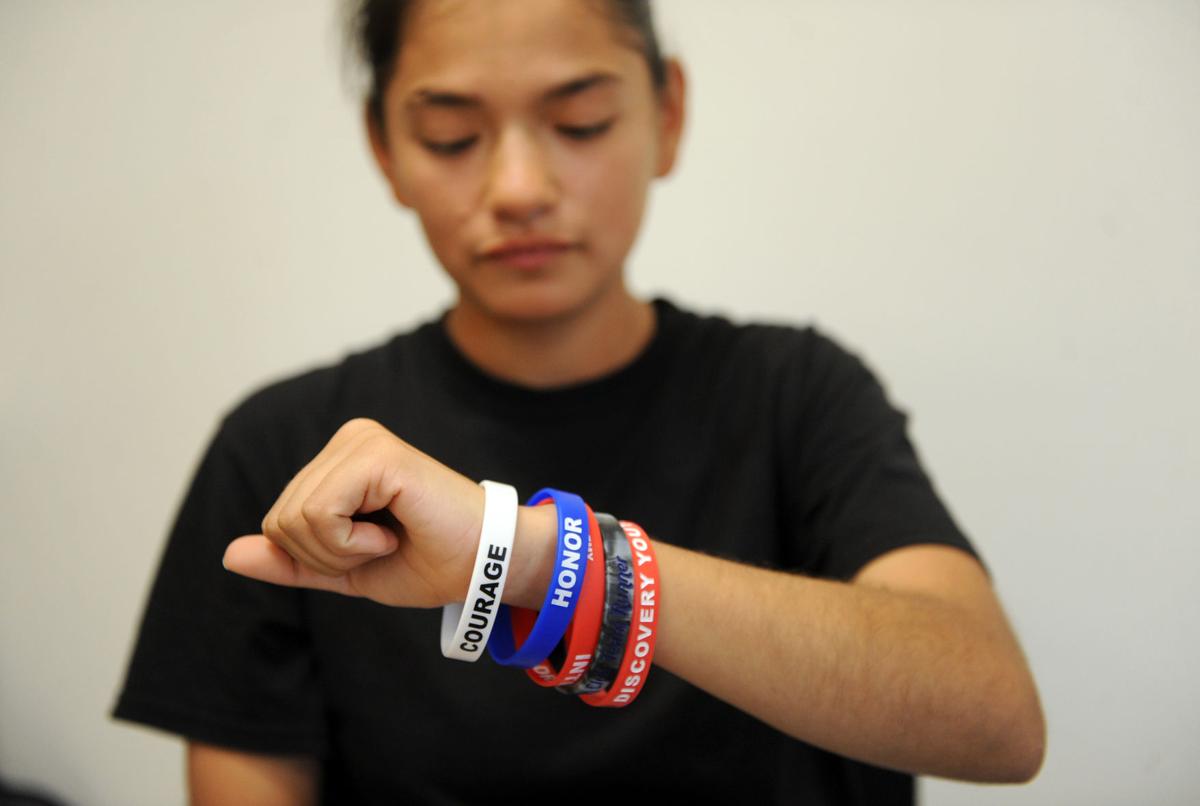 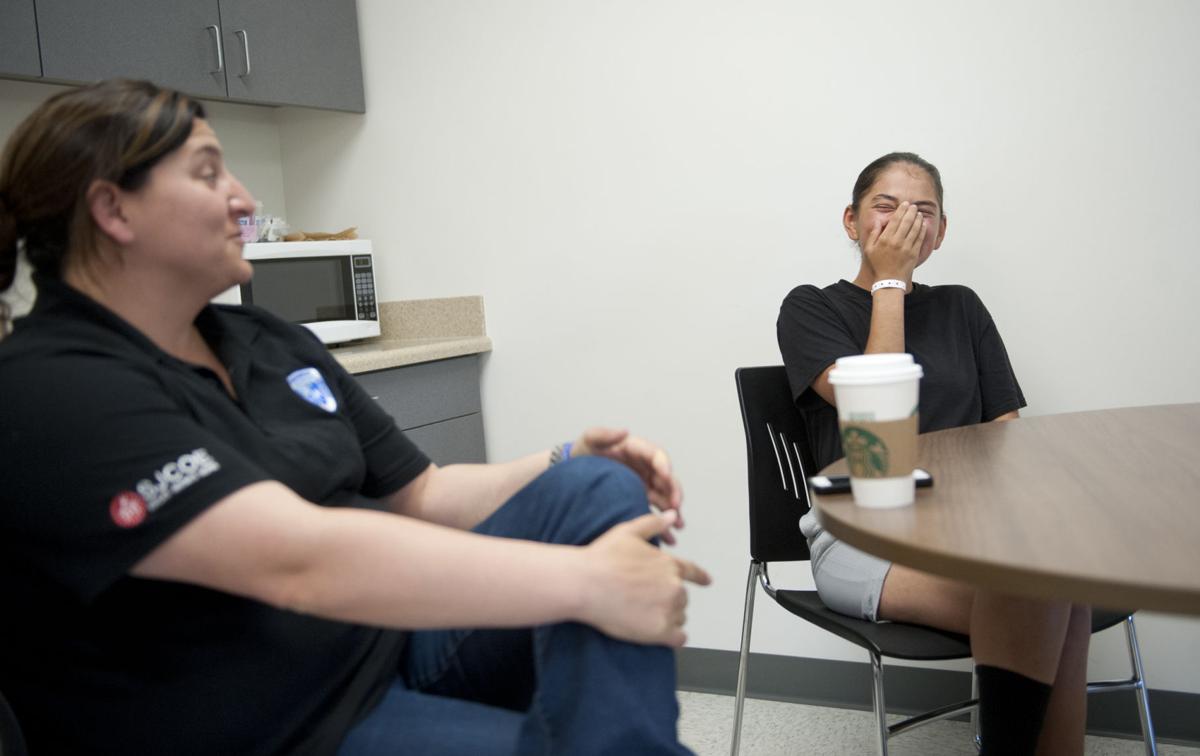 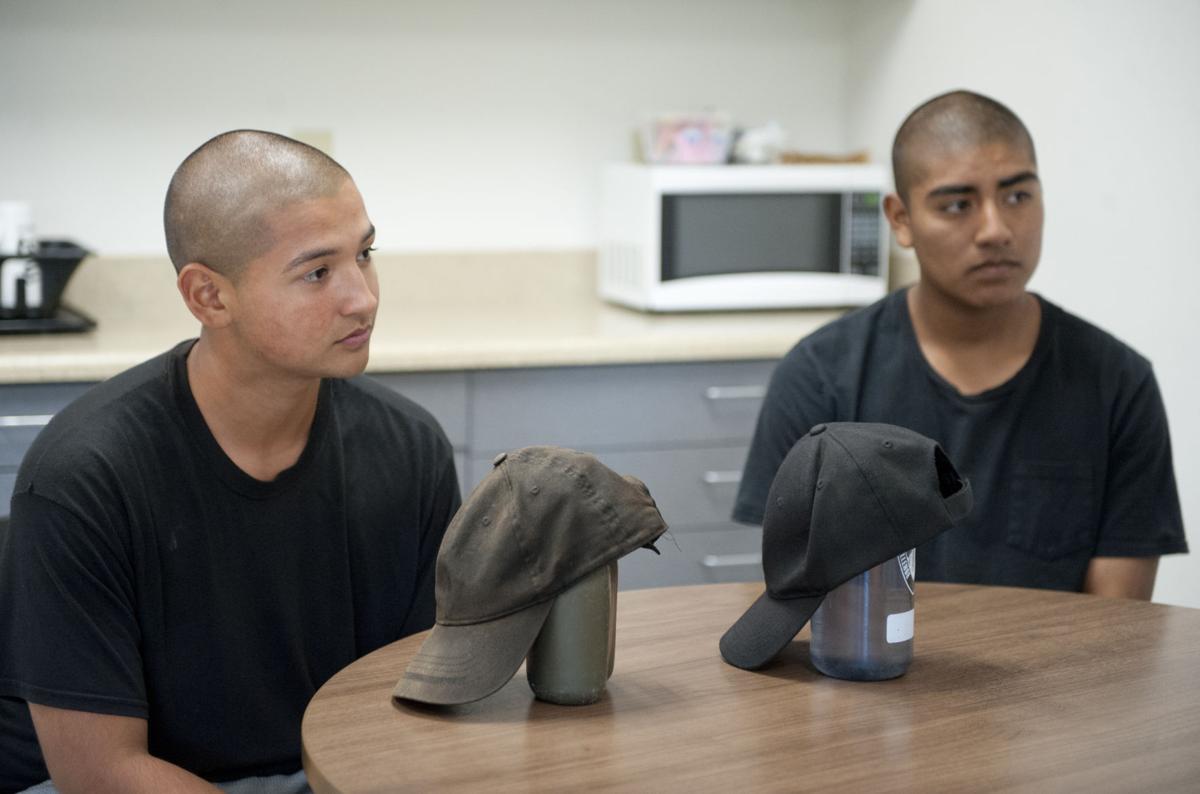 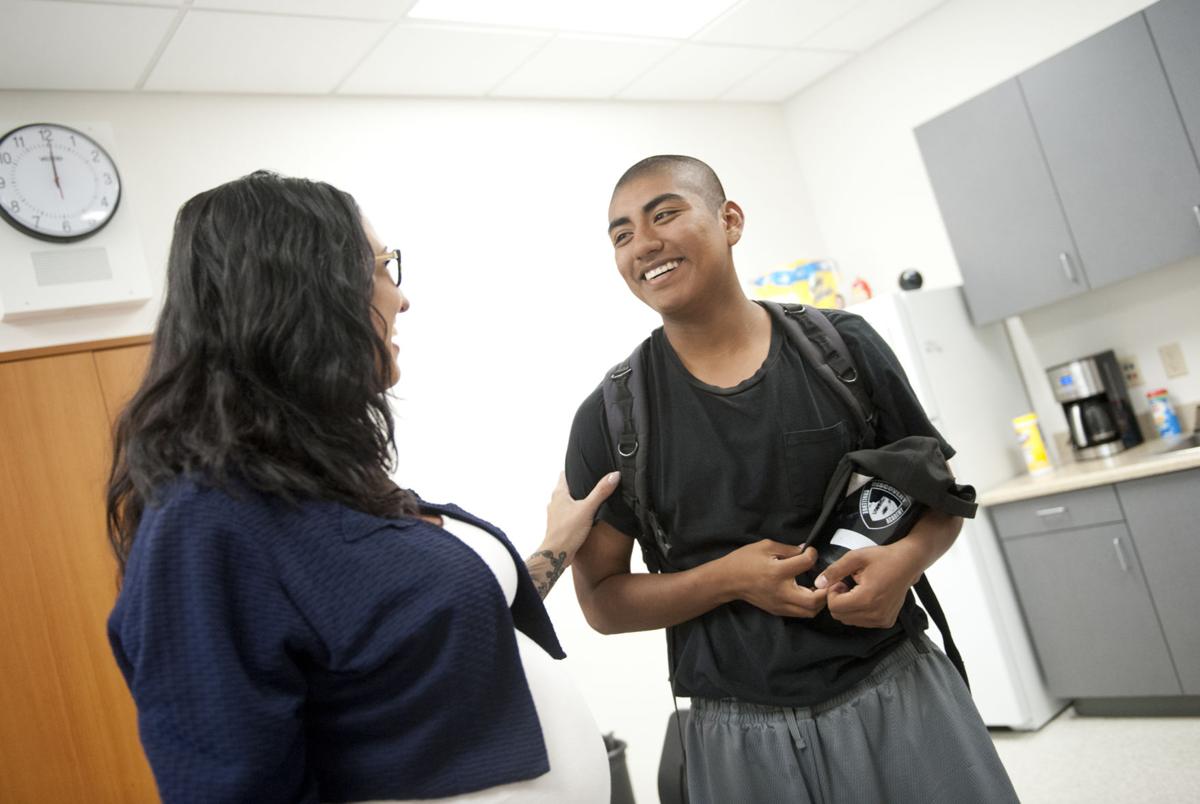 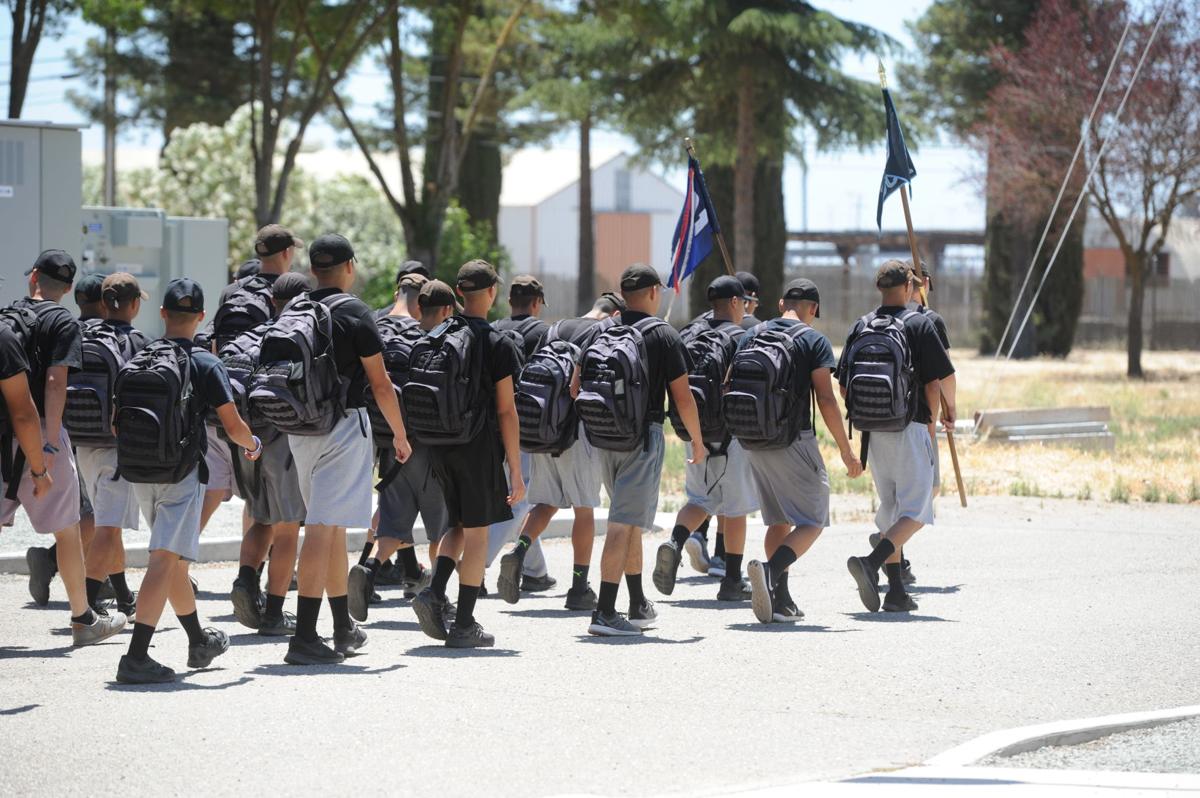 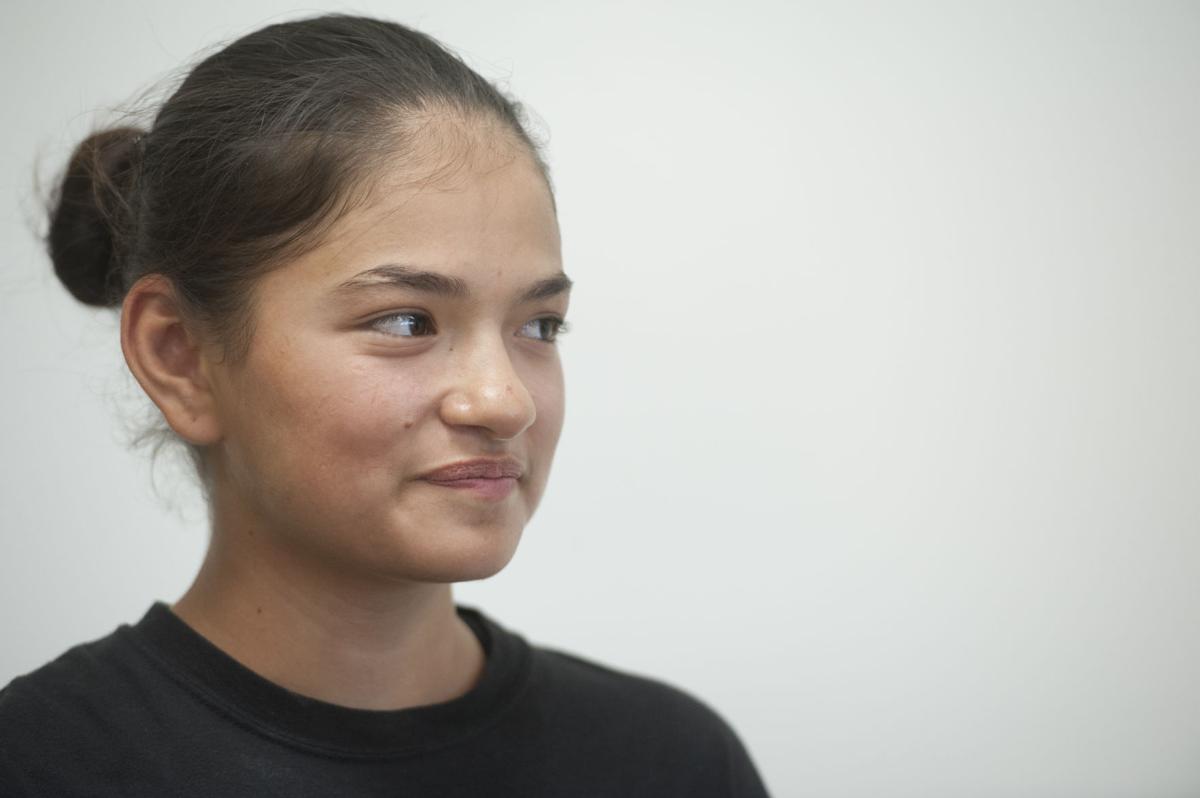 When Orlando Chapparo, 16, Christian Perez, 17 and Marisol Luna, 18, left Lodi in January for Discovery Challenge Academy at Sharpe Army Depot in Lathrop, they had no idea what lay in store at the military-style community school from which they will graduate on Saturday.

“I thought it was going to be easy for me because I like to work out, but the exercises I did at home were nothing compared to this,” Perez said.

A partnership between the San Joaquin County Office of Education and the California National Guard, DCA offers a second chance for youths who have dropped out of high school, are at risk of dropping out or are credit deficient, according to Principal Brandy Thurman.

“They have to be between 16 and 18 years old, but they can turn 19 while they’re in the program,” Thurman said.

During the 22-week program, up to 150 cadets live, study, drill and exercise split into three platoons segregated by gender, Thurman said. They are monitored by U.S. Army sergeants known as “cadres” at all times.

When a cadet violates a rule, DCA utilizes a method of discipline known as “Corrective Action by Physical Exercise,” also known as being “CAPEd.”

“When you do something wrong, they CAPE you. Push-ups, mountain climbers, whatever they feel you deserve,” Luna said.

Although many cadets complain about CAPEing, along with rules such as not being allowed to talk with one another and asking permission to speak or use the restroom, they end up enjoying the structure, Thurman said, as do the six teachers who lead the classes.

“There are also no cell phones. It’s a lot of work, a lot of papers to grade but it’s a teacher’s dream. They can actually teach here,” Thurman said.

After being in and out of foster care, giving birth to her now-1-year-old daughter Reyna when she was 17 and living with her daughter’s father, Luna learned about DCA through a friend who had graduated from the program and saw it as a way to turn her life around.

“I was making a lot of bad choices. I wasn’t going to school, I was smoking all the time and getting into fights,” Luna said.

Luna reached out to Lindsay Grant, who managed a youth program at Hutchins Street Square through the Community Partnership for Families of San Joaquin where Luna used to work as a paid youth organizer and helped the teen get into DCA.

“She’s such a bright person, the only one holding her back was herself,” Grant said.

Although she struggled the first few weeks being away from her daughter and adapting to DCA’s strict rules, Luna has increased her grade point average from 0.29 to 3.9, she said, and was allowed to see her daughter on Fridays if she behaved well during the week.

“We have to ask permission to speak and that was hard for me because whatever comes to my mind, I say it,” Luna said. “I was living with 31 other girls and if I’m talking, then everybody’s getting punished.”

After Luna graduates with 33 other cadets at the Bob Hope Theater in Stockton on Saturday, she plans to pursue a career in the medical field, after either joining the Army or going directly to college.

Luna credits DCA with her success, and particularly enjoyed speaking to other at-risk youths who were considering enrolling in the academy.

“I love telling my story to motivate people. If I can have a baby, go through foster care twice, get adopted, get dropped and I can still complete this program and graduate high school, then other people can, too,” Luna said. “I feel like this program is the best thing that ever happened to me because now I can give my daughter a better life.

Perez, a long-time friend of Luna’s and a former CPFSJ youth organizer, enrolled in DCA to make up for credit deficiencies and to move away from a life of gang activity, drug and alcohol abuse, he said, although he ended up learning discipline that he hopes will help him when he joins the U.S. Marine Corps before going to college to study psychology.

“I like to study the mind and how everything works, stuff like body language. I also want to learn why we think the way we do,” Perez said.

Chapparo, another former CPFSJ youth organizer whose past mirrors Perez’s, said he was scared during “Shark Attack Night,” when the cadres wake cadets up at 4:30 a.m. their first day at the academy with yelling and CAPEing.

Despite his initial fear, Chapparo enjoyed meeting new people and learning discipline when he had to work with his fellow cadets to meet requirements in academics, fitness and barracks cleanliness in order to advance through each of the program’s phases, and plans to pursue a career in the Army after graduating from high school.

“We had to work together as a team. There were some people in the platoon we didn’t like, but we just had to push past that and get the job done,” Chapparo said.