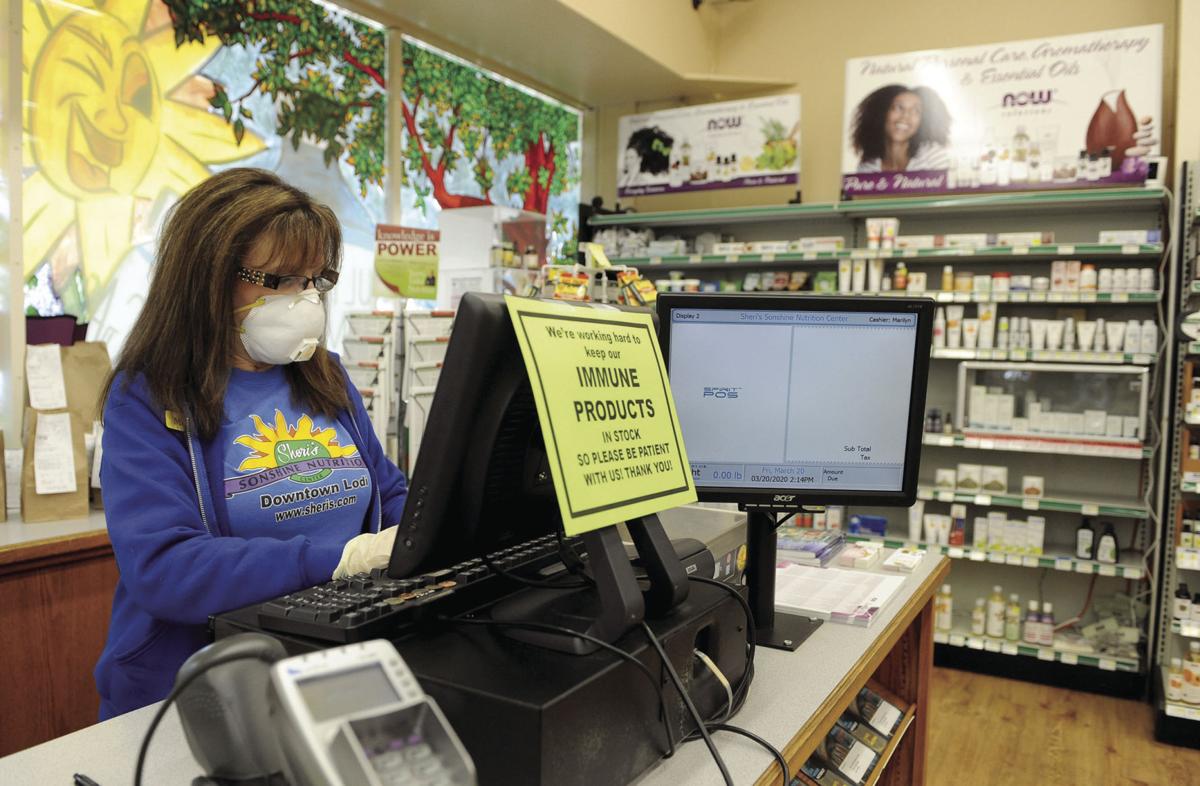 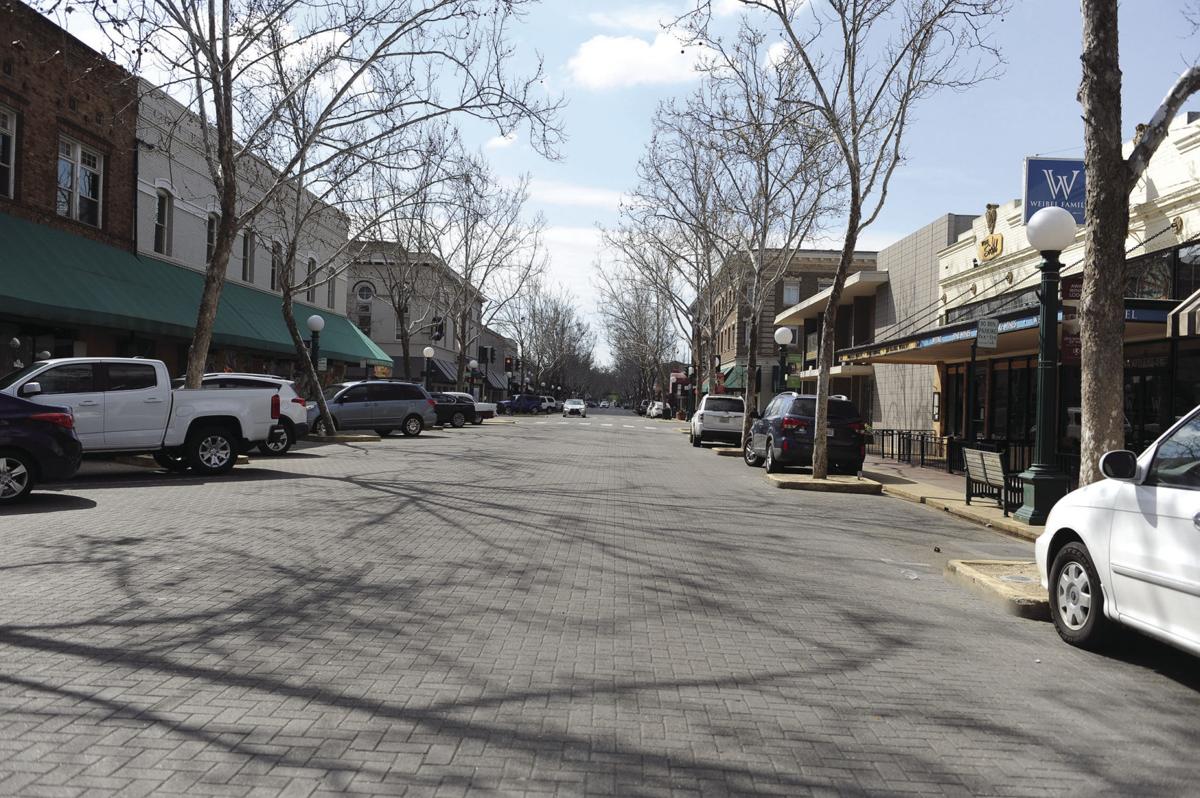 BEA AHBECK/NEWS-SENTINEL School Street is largely empty during the first day of the statewide 'stay at home' order goes into effect, in Lodi Friday, March 20, 2020.

BEA AHBECK/NEWS-SENTINEL School Street is largely empty during the first day of the statewide 'stay at home' order goes into effect, in Lodi Friday, March 20, 2020.

Prior to Thursday, Lodians were still out and about, walking the streets of downtown while managing to keep a safe distance from others for health and safety reasons.

But on Friday morning, as San Joaquin County Public Health Services announced on www.sjcphs.org that there were 25 confirmed cases of COVID-19 in the county, and less than 12 hours after Gov. Gavin Newsom issued a shelter in place order, streets were bare.

While Newsom said that he didn’t think it would be necessary to enforce the order, San Joaquin County on Friday evening issued its own order and has directed the sheriff and all chiefs of police in the county to “ensure compliance with and enforce the order,” effective immediately.

The order will be in effect through April 7 unless otherwise notified.

City of Lodi spokesman Jeff Hood said he was notified about the order on Friday evening.

“It’s not to be taken lightly,” said Hood, who added that breaking the order is a misdemeanor. He was uncertain about the potential punishment.

The order reads that “any violation constitutes an imminent threat to public health.” The order is available for viewing on the San Joaquin County website at www.sjgov.org.

In Lodi, residents seemed to be getting the message prior to the latest measure. Few cars filled spaces along School Street on Friday morning, and nearly all businesses that once benefited from the lunch hour rush were closed.

“It’s like a ghost town down here,” Delailah Bantilan said. “You can only count the people walking on the street. Before I came to work, my sister and I drove around Downtown to see which places were closed. It’s sad.”

Bantilan, the owner of Postura Collection, said after the governor’s announcement that all Californians stay home, she wonders how she and her retail neighbors will handle the future.

“We’re all wondering how we’re going to pay the bills we have,” she said. “(Posutra) has only been here a year, and I’m getting nervous now. I don’t know what’s going to happen after all this is over.”

Up the street, Leah Suelter was packing up her inventory at The Fashionable You to give to her vendors so they could sell merchandise online.

She said she was going to speak with her landlord about possibly boarding her windows up during the shelter in place, as she worried closing businesses deemed “non-essential” might encourage looting.

“A lot of us downtown had a backup plan in place for when we were going to be told to shelter in place,” she said. “None of us know how we’re going to pay our rent, especially if landlords and the city don’t work with us.”

A week before the mandatory shelter in place had been implemented, Suelter said business had already been slow, with few people visiting her store.

Suelter said while she understood why Newsom called for a shelter in place, she was upset he was vague with a timeline to the whole scenario.

“Everyone is just going to be at a standstill now,” she said. “I wish he would have just put an end date on this thing, because when you don’t people are just going to panic. Because this is an indefinite closure, I don’t know if any of us are going to be able to re-open.”

Kevin Clark, owner of the Mokelumne Brewing Company inside the Woolworth Building, said the atmosphere Friday morning was somber.

“Downtown has just been dead,” he said. “I don’t know how else to describe it. Last night, I knew I’d be waking up to one of the worst days we’ve ever seen.”

This week, he and his wife were forced to lay off their staff because business had declined quickly.

Getting the ingredients they needed to make lattes, or a simple cup of coffee, proved difficult as well, as hoarders at the Smart Food store in Stockton where they shop cleared out things like milk and water.

Prior to the pandemic, Clark said they were able to purchase as many as 20 gallons of milk in one trip. Their store is now limiting customers to just one gallon, when it is stocked.

Clark said right now, he is encouraging customers to order their coffees online, and has reduced store hours.

He’s hoping he doesn’t have to close down if the shelter in place continues.

“We’re going to stay open as long as we can,” he said. “I knew this day was coming, it was just a matter of when it would come.”

One store that seemed to be doing well Friday was Sheri’s Sonshine Nutrition, as Lodians are purchasing more vitamins and remedies to keep any illness at bay during the coronavirus scare.

“People are really trying to boost up their immune system right now,” owner Sheri Didreckson said. “And we’re trying our best to keep products on the shelves.”

While the streets of Downtown Lodi were empty, Didreckson said she’s been able to deliver orders to people following the shelter in place or either can’t leave their home for health reasons.

“I’ve never seen anything like this before in my life,” she said of the atmosphere in town. “I’m trying to stay calm though. I believe in God, and I’ve been asking him to lead us in business, and to keep all of us healthy and strong so we can meet the needs of our customers.”

Officials said that Information about Chromebook pickup will be provided early next week.

Also, all district offices, buildings, and facilities are currently closed to the public. Phone appointments will be available. The closures will remain in effect until Friday, April 3.

Beginning Monday, the district will provide lunches and next-day breakfasts at various campuses. Meals will be available at campus bus stops at Lodi and Millswood middle schools from 10-10:45 a.m.; Washington Elementary School from 10:30-11:30 a.m.; and Lodi and Tokay high schools from 11 a.m. to 12 p.m.