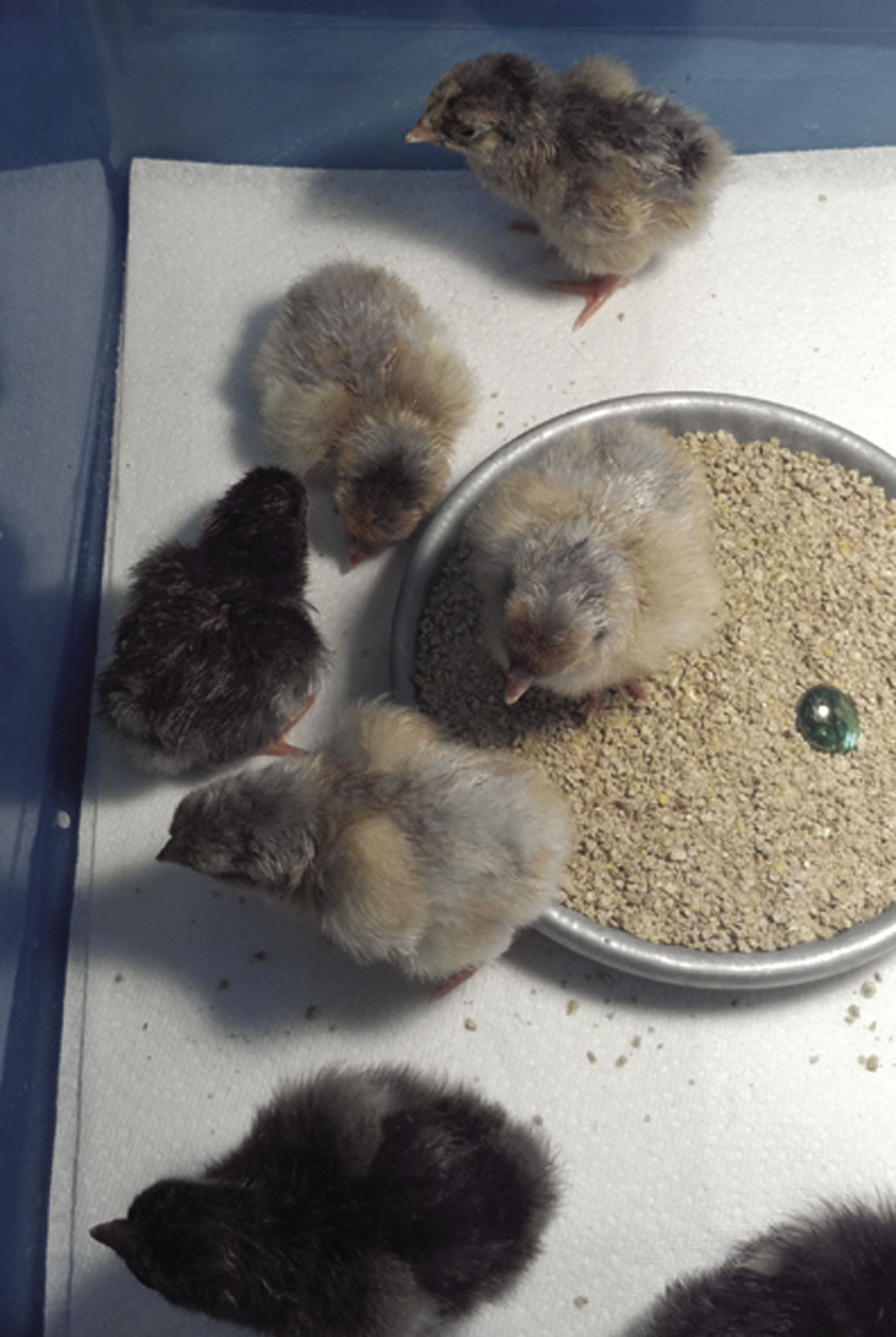 With eggs still scarce, people have begun buying chicks, but there are things people need to know before starting their own urban flock. (Cherie Sintes-Glover/Courtesy) 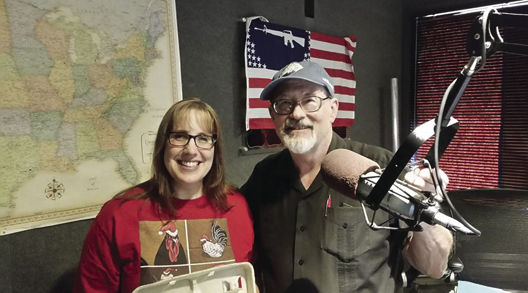 Cherie Sintes-Glover and Fred Hoffman pose for a photo during his "Farmer Fred" radio show. (Courtesy) 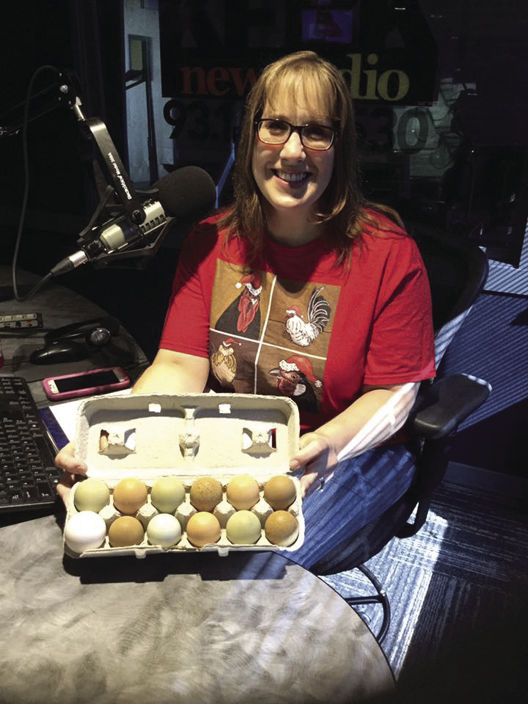 With eggs still scarce, people have begun buying chicks, but there are things people need to know before starting their own urban flock. (Cherie Sintes-Glover/Courtesy)

Cherie Sintes-Glover and Fred Hoffman pose for a photo during his "Farmer Fred" radio show. (Courtesy)

As eggs continue to be scarce, people around the U.S. have started buying baby chicks. Even an Acampo veterinarian sold out of more than a thousand chicks in just hours recently.

But before you start thinking about raising your own urban flock, it’s important to know what you’re getting into, local chicken expert Cherie Sintes-Glover said on Monday.

“It’ll take them about five to six months before they actually start laying eggs,” she said.

By then, stores will likely have eggs again — or your friends, relatives or neighbors might. Chicks can be difficult to raise at first as well, as they have specific temperature needs and must stay in a brooder until they’ve developed their juvenile feathers.

For those who still dream of fresh eggs from a flock of feathered friends — and have the time, during the COVID-19 shutdown, to raise or add to a flock — Sintes-Glover is offering free online classes on the basics. The classes will be held over Zoom, and are limited to 95 people each, with the first launching this Saturday.

It’s a new experiment for Sintes-Glover, who normally hosts her chicken classes in person at stores like Robinson’s Feed. Amid the pandemic, she’s had to recreate her classes for a virtual space like many teachers.

“It’s been a little interesting, because I’m not super tech savvy,” she said with a laugh.

Luckily, she’s been using Zoom for work. The video conferencing and “webinar” software provides a number of tools that make setting up classes easier. Sintes-Glover can even offer her urban chicken consulting services through the online software.

“The hardest part has been just trying to figure out the apps and how they work together,” she said.

The free online class is about half an hour long, and will cover topics such as caring for chicks, how brooders work, and what people can expect from now until their new hens start laying. Sintes-Glover will also help viewers figure out how many chickens they want, if they do decide an urban flock is for them.

“I always say add an extra chicken in,” she said — so that eggs can be gifted to neighbors.

Hens can lay, on average, about six eggs a week, and in Lodi, people are allowed to have up to five hens at a time. People should count on at least two, because hens are social creatures and do better with a friend.

The class will also go over some basics on setting up a coop and prepping the area the chickens will roam.

“They do need shelter, they do need protection from predators,” Sintes-Glover.

In an urban setting, that can include dogs and cats as well as the occasional hawk.

For those willing to put in the work, raising chickens can be very rewarding, Sintes-Glover said.

Hens have a whole host of fascinating social behaviors. They also have excellent eyesight, and it’s fun to watch them explore, she said. And they can be funny.

They run and play until they’re exhausted, then sprawl out for a nap right there, she said. It’s not uncommon to find a chick flopped face down in the brooder, only to discover they’re just sleeping.

New chick owners should also expect to be fiddling with the heat settings on their brooder a lot, especially in a week like this one, which started cold and rainy but is expected to be sunny and in the 70s by Friday.

A few other tips for new chicken owners: They can live for 6 to 10 years, and during that lifetime, the average chicken lays about 475 eggs, determined by genetics. They lay more eggs in the summer than the winter, because sunlight plays a role in egg formation. And hens don’t generally start laying until they are 5 to 9 months old, depending on the breed.

“Be patient,” Sintes-Glover said. “It is going to take some time, a couple months at least, before chickens start laying their eggs.”

She is holding the first basic class for free at 4 p.m. Saturday, April 11. Additional classes will be offered at different times and on different days of the week, and Sintes-Glover is looking into the best way to record her basics class and offer it “on demand.”

She will also be on Farmer Fred Hoffman’s upcoming KSTE/KFBK radio show on April 26 to talk about raising hens.

For more information about her upcoming classes and raising urban chickens, including a link to the Eventbrite registration page, visit www.chickensforeggs.com.