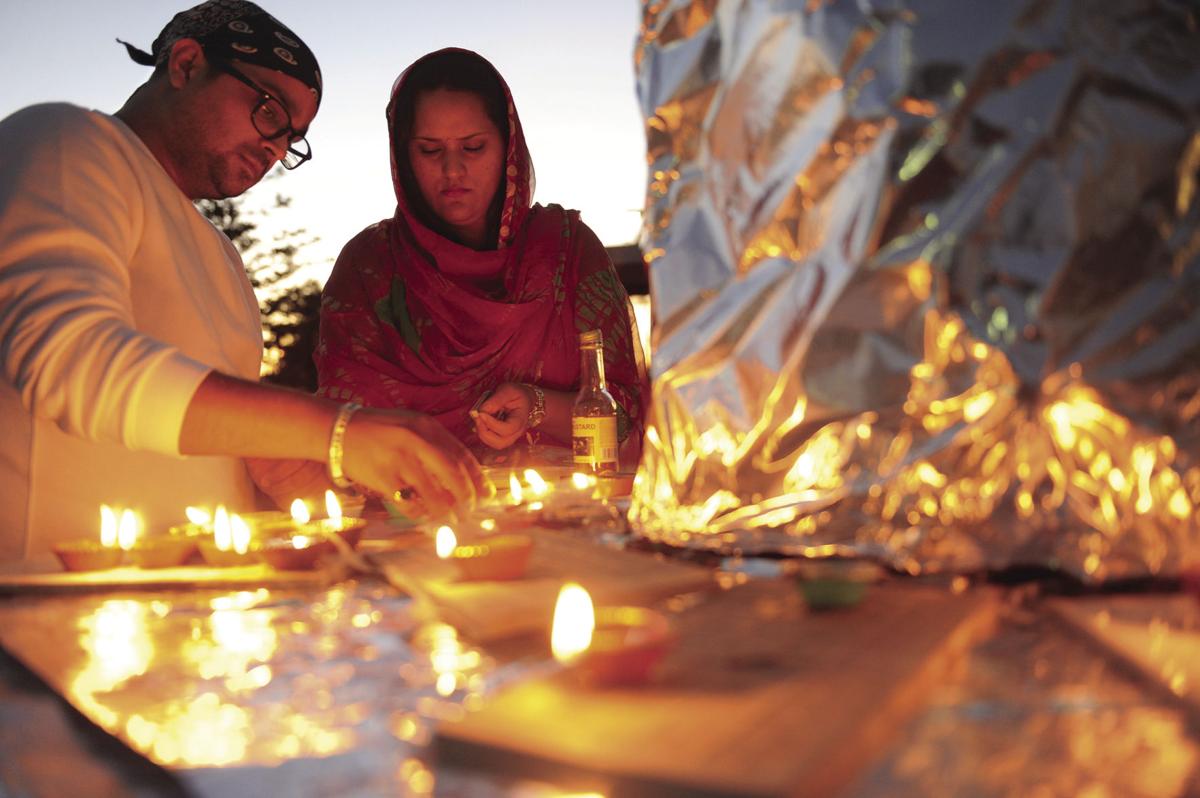 Baljeet Khaire and Navdeep Kaur, both of Stockton, light candles during the Diwali celebration at the Gurdwara in Lodi Wednesday, Nov. 7, 2018. 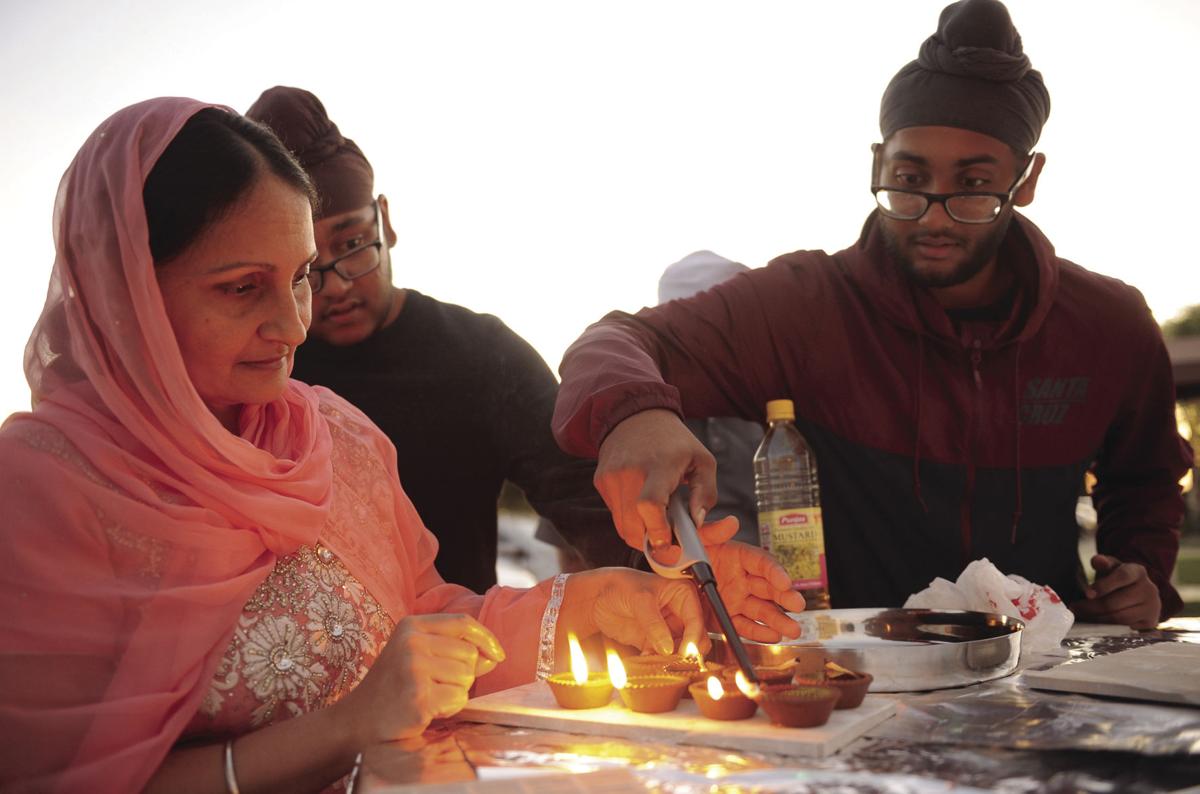 Ramandeep Kaur and Amarveer Singh, both of Stockton, light candles during the Diwali celebration at the Gurdwara in Lodi Wednesday, Nov. 7, 2018.

Baljeet Khaire and Navdeep Kaur, both of Stockton, light candles during the Diwali celebration at the Gurdwara in Lodi Wednesday, Nov. 7, 2018.

Ramandeep Kaur and Amarveer Singh, both of Stockton, light candles during the Diwali celebration at the Gurdwara in Lodi Wednesday, Nov. 7, 2018.

Diwali officially starts this week, as several religions prepare to celebrate the annual five-day festival. The Deshmesh Darbar Sikh Temple will commence its celebration Sunday evening with a Diwali festival that is open to the public.

Diwali is India's biggest and most important holiday of the year, which coincides with harvest and new year celebrations. It is known as a festival of new beginnings and the triumph of good over evil, light over darkness and knowledge over darkness, Lodi resident Manjit Singh said.

“Light is a metaphor for knowledge and consciousness. During the celebration, temples, homes, shops and office buildings are brightly illuminated to reflect the sense of the utopic world,” Singh said.

The word Diwali comes from the Sanskrit word deepavali, meaning rows of lighted lamps that people light outside their homes to symbolize the inner light that protects from spiritual darkness, according to Girja Raina with the Indian Association of San Joaquin County.

Raina, who is Hindu, said the history of the holiday dates back 500 years and started as a celebration to memorialize the triumph of Ram, who after his return from exile leads his army of good to defeat King Ravana and his army of evil.

During Diwali, many Hindus pray to the Goddess Lakshmi — who embodies wealth and prosperity.

“When I was living in India, the whole country was adorned in lights and candles. It is a very auspicious time. Families are constantly going back and forth, visiting one another,” Raina said.

In the days leading up to the celebration, many people clear and clean their homes, for family gatherings and decorate their homes with small oil lamps called diyas, which are lit all five days of Diwali.

Before Diwali, women purchase new saris — a traditional garment that is worn by women in India — and dresses, to wear during festivities, as well as sweets, jewelry, firecrackers and other items for the celebration.

To celebrate Diwali, people set off fireworks and light candles called divas or diyas. This is meant to represent light over darkness and the belief that good will always triumph over evil.

“This is the best time of the year in India. It is like Christmas, New Year’s and the Fourth of July, all in one. It is celebrated across the country by all religious groups,” Raina said.

Over the centuries, Diwali has become a national festival that's also enjoyed by non-Hindu communities. In Jainism, Diwali marks the nirvana, or spiritual awakening, of Lord Mahavira, and in Sikhism, it is known as Bandi Chhor Divas and honors the day that Guru Hargobind Ji, the Sixth Sikh Guru, was freed from, according to Singh.

“There are certain aspects of Diwali that vary based on religious groups and regions people are from in India,” Lodi native Manmit “Mikey” Hothi said.

For Hothi, who is Sikh, Diwali signifies overcoming oppression and honoring time with family. Hothi said his family usually observes the first day of Diwali by attending temple services at the Deshmesh Darbar Sikh Temple in Lodi.

“In India, they go above and beyond here in the U.S. it is not a formalized holiday, so you don’t get all five days off to celebrate, so my family celebrates it on a smaller scale, but we do make a point to celebrate it,” Hothi said.

When Hothi was younger, he looked forward to the convivial aspects of Diwali, like lighting fireworks and attending the temple with his friends. Since his youth, he feels he has developed a more firm understanding of the holiday and its cultural significance and its relationship to his faith and identity.

“It is important to celebrate and understand where you come from,” Hothi said.

Hothi has traveled back to India before but has never been there for Diwali. He intends to celebrate Diwali in the country of his ancestors in the future.