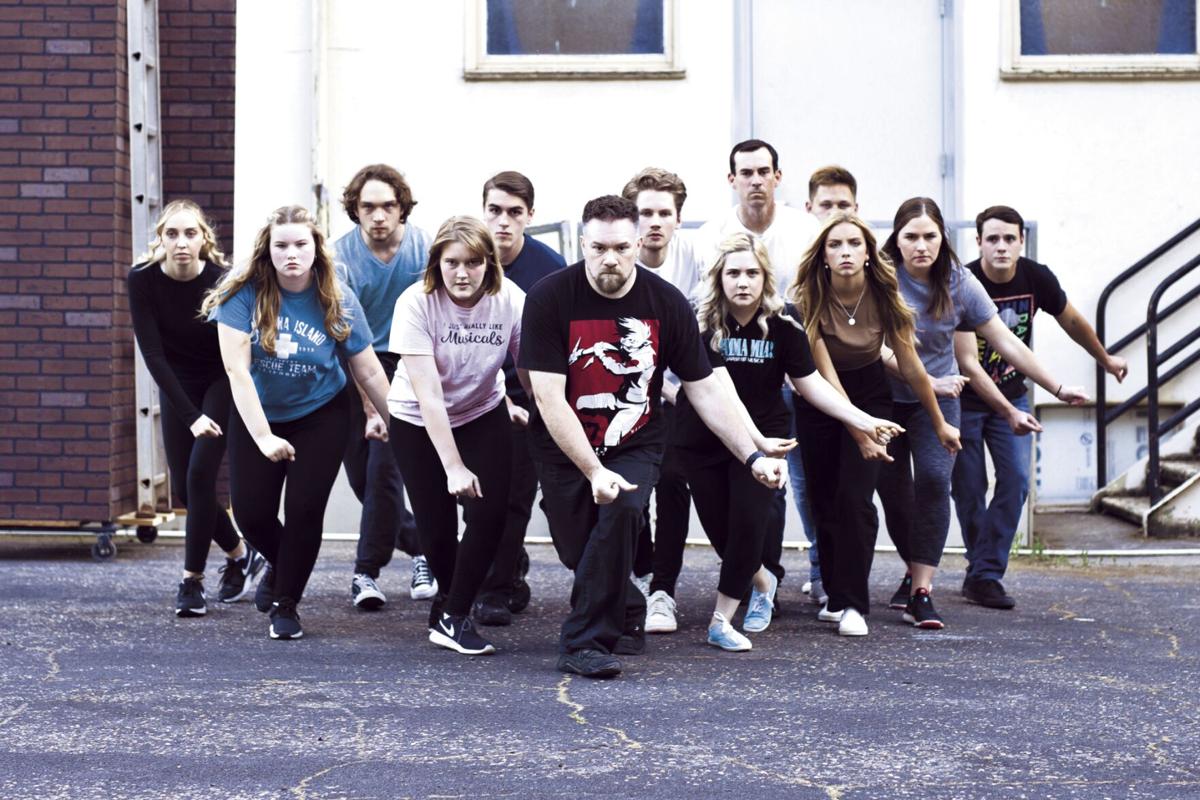 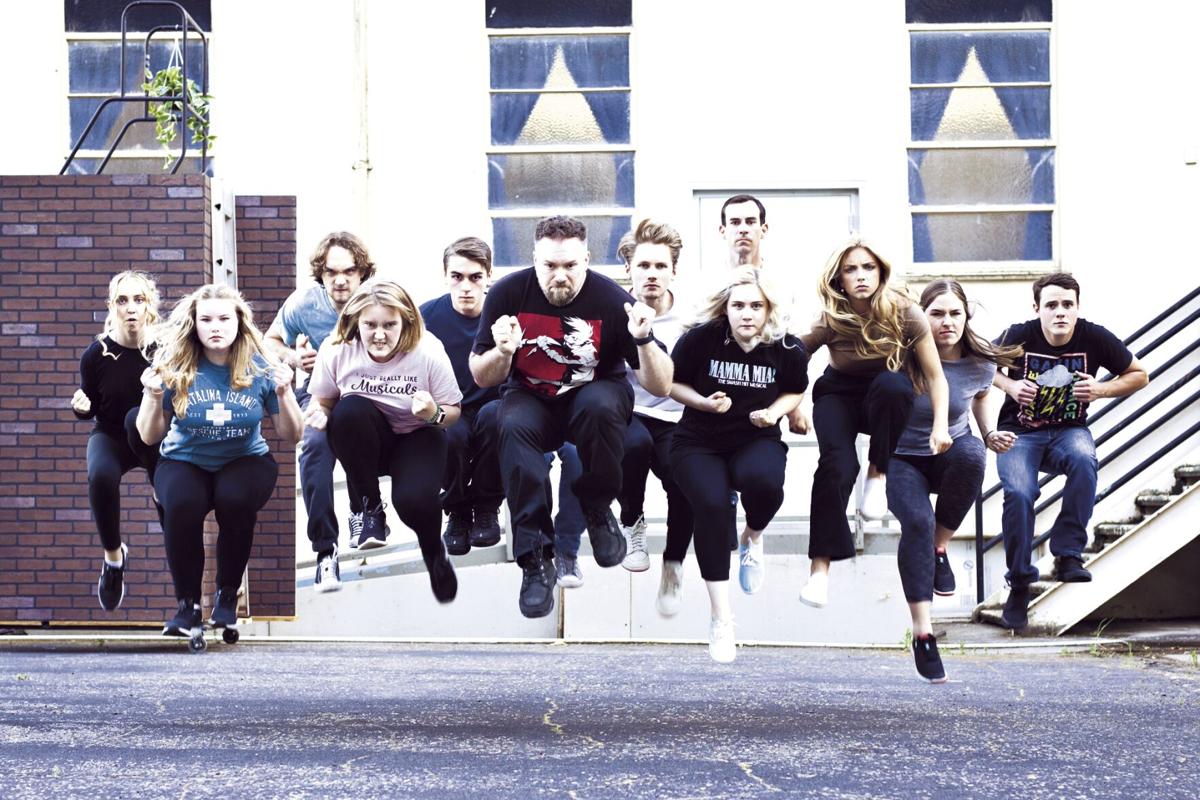 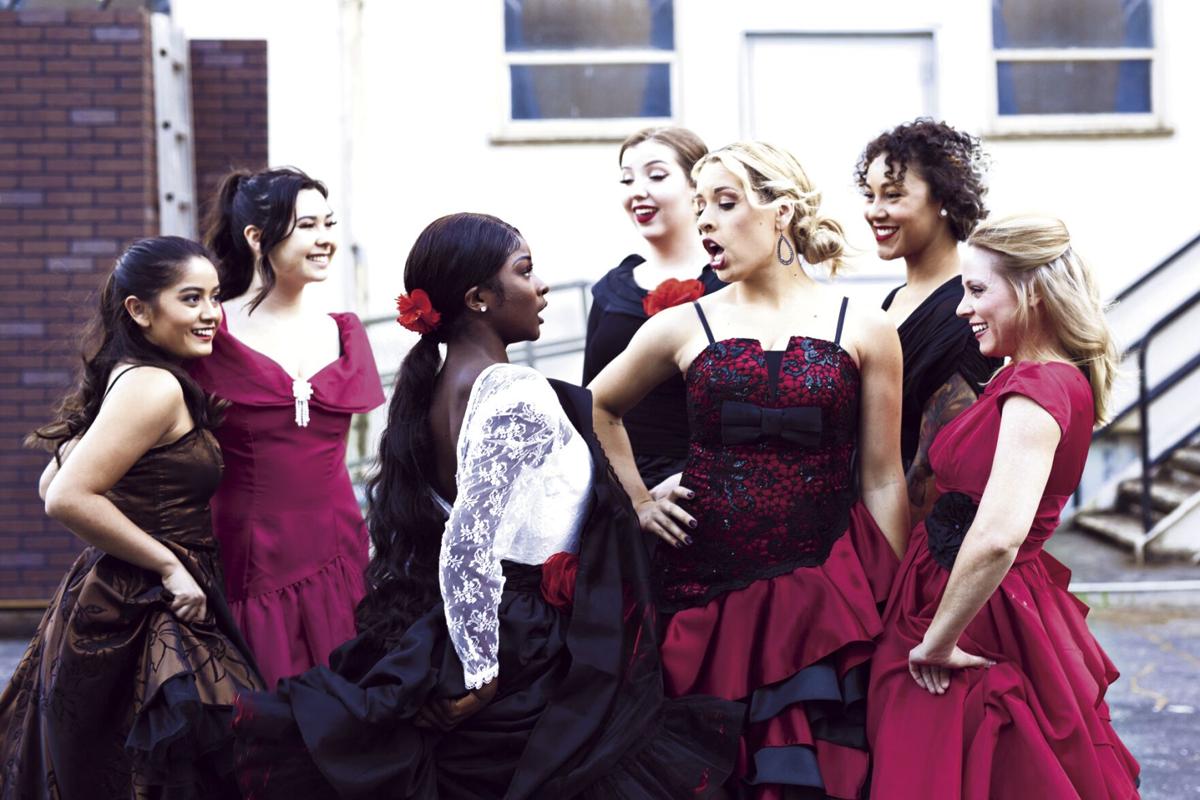 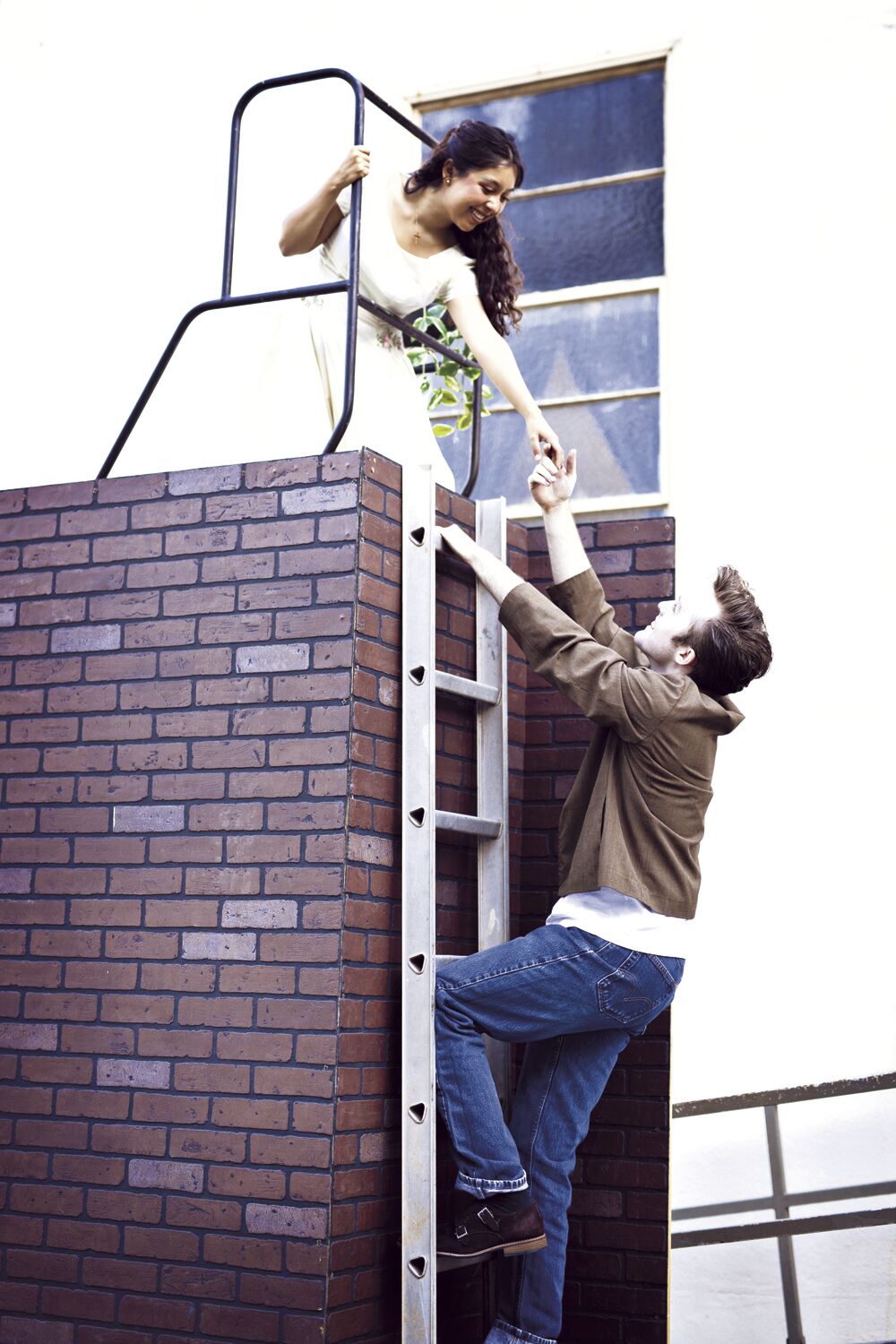 On the evening of June 17, there’s going to be a rumble and some romance at San Joaquin Delta College’s Tillie Lewis Theater.

Lodi Musical Theater will be taking audience members back to 1958 this month with its production of “West Side Story,” the classic tale of two people who fall in love in the midst of a violent rivalry between two inner New York City gangs. It is the first time the play has been performed by the company since 2009, and this year’s lead actors — Jeffry Jackson and Genesis Robledo, of Turlock and Merced, respectively — are making their first appearances for LMT, as well as in “West Side Story.”

“Being Tony feels like a lot of responsibility, but I’m really excited,” Jackson said. “I know the show is really sensitive. I really want to make the audience feel bad and fall in love with me. He's interesting because he’s really not a good guy, but he’s trying to get over his gang life.”

Primarily a pianist who sits in the pits during a production, Jackson started acting in community theater about two years ago. His older brother was an actor, and Jackson said it looked like fun, so he stepped away from the ivories and gave it a go.

After seeing the audition notice for the show earlier this year, he decided to try out, and called friend and costar Robledo to encourage her to join him.

“I’m really excited,” Robledo said. “It’s a dream role of mine. I've known about ‘West Side Story’ before I even liked musical theater, so to even be Maria is a huge dream come true. I saw the stage show and the movie, it’s the first show I really loved before joining musical theater.”

First performed on Broadway in 1957, the play is based on William Shakespeare’s “Romeo and Juliet,” with the Jets’ Tony taking on the role of Romeo, and the Sharks’ Maria adapting the role of Juliet.

The play also shows the conflict between two ethnic groups — the Jets are white and the Sharks are Puerto Rican — who hate each other based on prejudice and misunderstandings.

“It’s awesome, really exciting,” Robledo said of landing a lead role. “It’s better than what I imagined. The cast is so amazing, and it makes it 10 times better. It’s such a great show with everybody.”

Jackson said the cast of 50 is very diverse and has become very close in the last few weeks during rehearsals.

He said the Jets’ Tony is one of his dream roles, as well.

Another casting first was made possible for Stockton native Rachel Carey, who will be portraying Rosalia, a Shark who longs to return to Puerto Rico.

A lifelong dancer, Carey has performed with Stockton Civic Theater and LMT, primarily in the ensembles. Her first production with LMT was in Les Miserables about 10 years ago.

When she auditioned for “West Side Story” this year, she was shocked to learn she’d be dancing, singing and speaking. Rosalia opens the song “America” in the play.

“I’m ecstatic. When I tried out, I thought I was just going to be a dancer,” she said. “I do sing, I have a lot of experience singing. But when I tried out, I just thought I‘d be a Shark girl. I didn’t even audition for Rosalia.”

Landing the role made Carey both excited and nervous. She said she was not too familiar with “West Side Story” when she auditioned, having only seen the 1961 film starring Natalie Wood as Maria and Richard Beymer as Tony.

The role of Rosalia is not included in the film, so Carey said she watched five different stage productions of the play in a row on YouTube for research.

Possibly another first for the production is a gender change for one of the major characters.

Tokay High School vice principal Kathleen Whisler will be portraying Doc, the owner of the local soda shop that is also a hangout for the Jets, and is traditionally male.

“I think it is a little bit different (playing a man as a woman),” she said. “I can play on my experiences having worked with teenagers close to 30 years now. “'I’ve worked with gang members. I have mourned over the death of gang members. So, I can just draw on personal experiences for some of those scenes.”

One of the more critical scenes in which Doc is featured in an attempted assault on a female Shark. Whisler said that as a woman portraying Doc, she just wants to reach down and hold the victim in her arms. However, the girl must rely on her own strength to escape the Jets’ brutality.

Like Carey, Whisler said she is familiar with the “West Side Story” plot, having seen the film. But she has never been able to see the play on stage.

Galt resident Eric Fowler is also no stranger to the LMT stage, having been involved with director Nicole Howton’s Troupe Cabana Studios at a young age.

Playing the role of the Jets’ Gee-tar, Fowler said it has been difficult for him and fellow male cast members to act out scenes that involve derogatory comments or violence against the Sharks.

One in particular was the attempted assault in Doc’s shop.

“It took us a long time to get that scene down,” he said. “Nicole kept telling us, ‘you’ve got to be more aggressive. Don’t worry about hurting her, she’s okay.’ It doesn’t feel good, but it’s an important scene and we do our best.”

One of Fowler’s favorite performances was “Emerald City,” a play written by his father when he was in high school. The production was based on “The Wizard of Oz,” but set in Galt. A dream role would be any character in “Newsies,” and his favorite actor is Christoph Waltz, although he said his acting chops cannot compare.

One of the things Fowler enjoys about this production of “West Side Story” was Howton’s decision to change Doc from a man to a woman, as it changes the dynamic between the adult and the teenagers.

“It’s really cool,” he said. “It adds a whole new element, because Doc is respected by the Jets. It's really cool to see a woman in that position of power, and we respect her so much. She has a lot of control over us, She’s like our leader.”

Tickets are $25 general admission, $18 for seniors and students. COVID-19 guidelines will be followed, and children younger than 6 will not be allowed in the theater.

For tickets, call the Delta Center for the Arts box office at 209-954-5110, or email tickets@deltacollege.edu. Visit lmtperformingarts.com for more information.