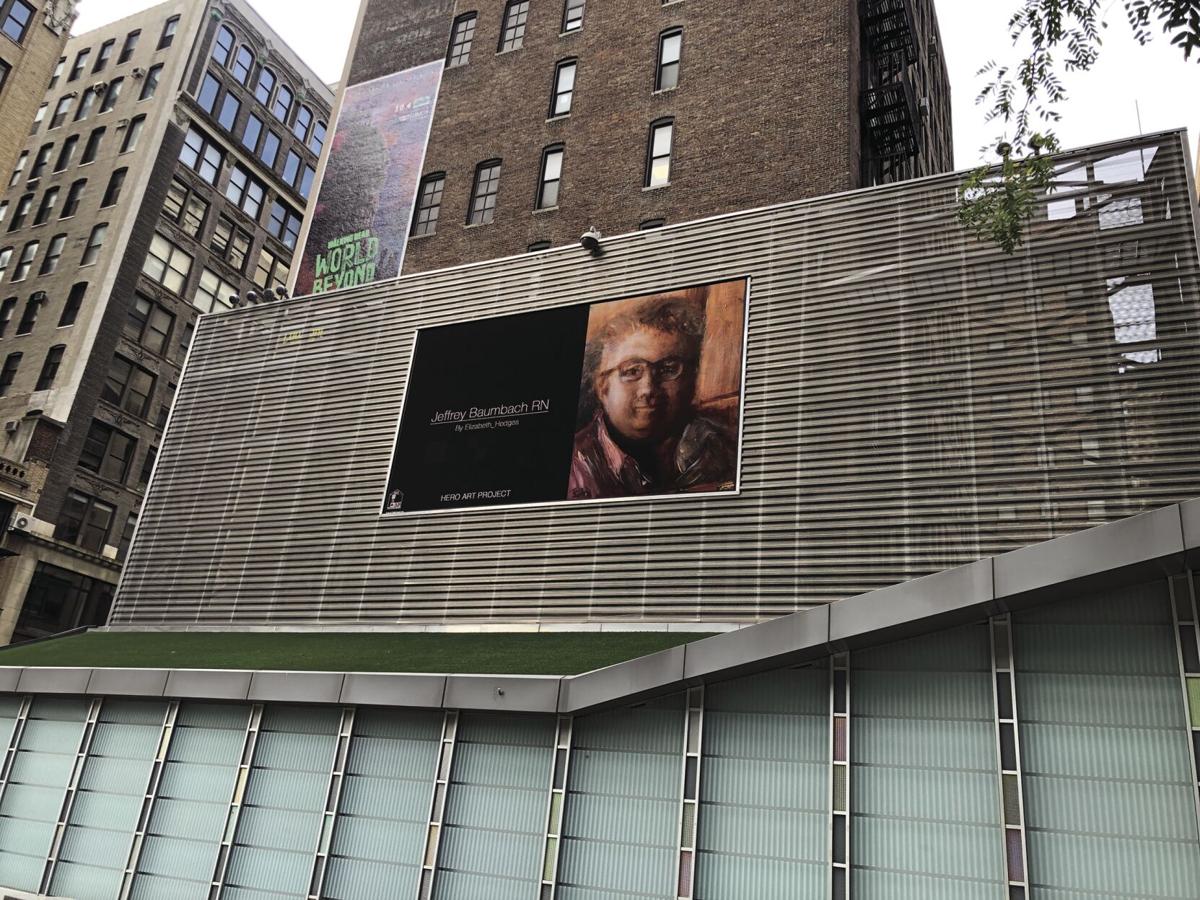 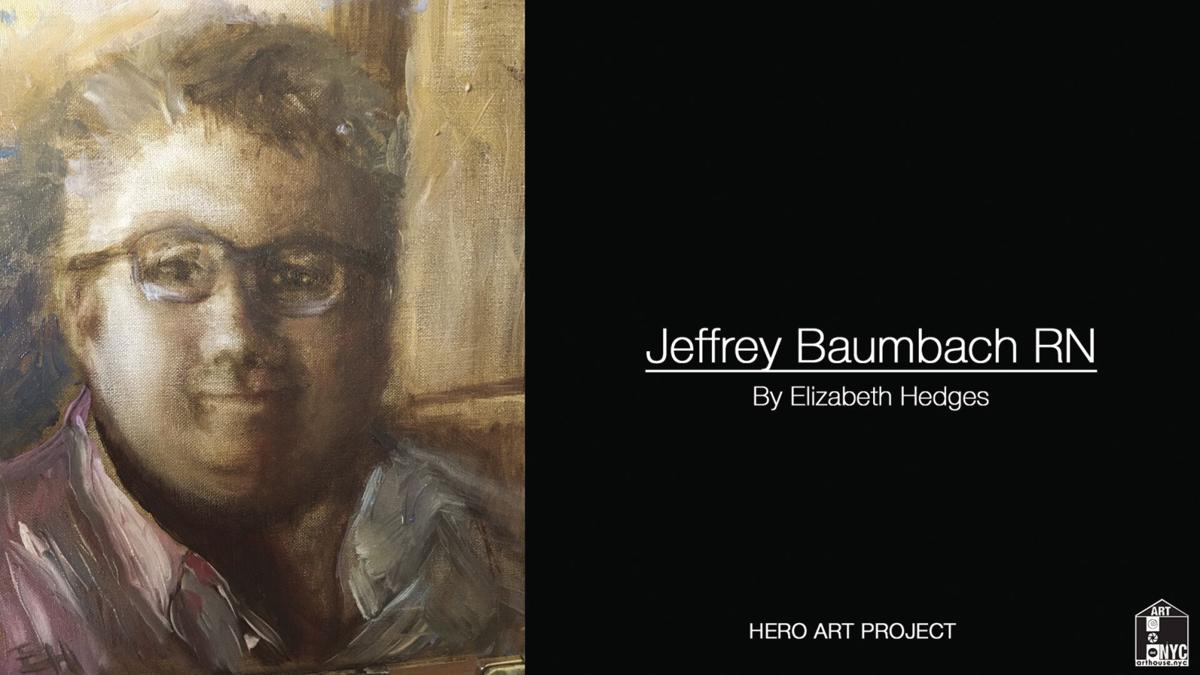 The men and women of the Greatest Generation who served and made sacrificed during World War II have been immortalized in monuments and paintings like Norman Rockwell’s “The War Hero,” also known as “The Homecoming Marine.”

The firefighters who risked and sometimes gave their lives on Sept. 11, 2001 were depicted on a stamp, raising the American flag over the rubble, and memorialized at the National September 11 Memorial & Museum in New York.

Now, the health care workers who have put themselves on the front lines in the fight against COVID-19 are also being honored in art — including one man from Lodi.

In mid-August, Kaiser Health News and the Guardian announced that more than 1,000 health care workers across the United States had died of COVID-19. Among them was Lodi nurse Jeff Baumbach, who worked at St. Joseph’s Hospital in Stockton. He passed away on March 30 after contracting the novel coronavirus.

Baumbach and dozens of his colleagues are featured in ARTHOUSE NYC’s Hero Art Project. The exhibit opened on Saturday, Oct. 10 at Big Screen Plaza in New York. Attendees were able to see the artwork of the fallen health care workers displayed on a 30-foot digital billboard overlooking the 10,000-square-foot public plaza.

Kaila Baumbach, Jeff Baumbach’s daughter and one of four siblings, was very grateful that her father was included in the project.

“Most people who had COVID weren’t able to have funerals. So this is a memorial to them, to show that these people are heroes. So for my dad to be part of that, it’s just really amazing. For them to even know about my dad, and he’s all the way in Lodi, and they’re all the way in New York, it’s just incredible,” she said.

Baumbach’s portrait was painted by Boston-based artist Elizabeth Hedges, as an 11-by-14 oil painting on canvas.

Hedges felt like there was something more she should — or could — be doing during the pandemic, she said, so when an artist friend asked her if she was interested in the project, she didn’t hesitate.

“I just loved the idea of honoring someone who was out there helping during such a stressful and dangerous time, at the expense of their own safety,” Hedges said. “How can we ever thank these people? So this is a gesture to say ‘thank you’ to Jeffrey and his family, and all the people who are putting it all on the line, sometimes working without the proper equipment or adequate rest.”

The Hero Art Project was conceived as a way for the art collective to give back to the health care heroes who have been on the front lines during the pandemic, ARTHOUSE NYC’s curator Susannah Perlman explained.

“This beautiful project continues as it has brought so much needed healing to the both the art and health communities as well as their families,” Perlman said in a press release about the project.

The project features artists from around the world. The hope of the art collective is that the public tribute will convey the human lives and stories behind the statistics. The participating artists have created multi-media portraits of the medical heroes to celebrate their lives, sacrifices and legacies, Perlman said.

“This public tribute is especially poignant, as many of the families were not allowed to have public funerals and the physical comfort of many of their loved ones during the lockdown,” she said.

The project is ongoing, and is currently displayed at Ideal Glass Studios in New York. ARTHOUSE NYC plans to hold a larger public exhibit during World Health Worker Week in April 2021.

Each family was able to select the artist and art style that they feel most represents the spirit of their loved one, ARTHOUSE NYC explained on their Facebook page.

Kaila Baumbach said the family chose a picture of their father and husband that they felt resembled him most as a person. In the original picture, he is holding his son’s first puppy. She said his joyful demeanor shone through in that image.

“He was the type of person who is just lighting up the room,” she said of her father.

Ironically, he would probably shy away from the spotlight now shining on him as people remember him as a hero, she said.

“He put his life on the line and lost it because he was trying to help others. His mentality was always (to) help others,” she said.