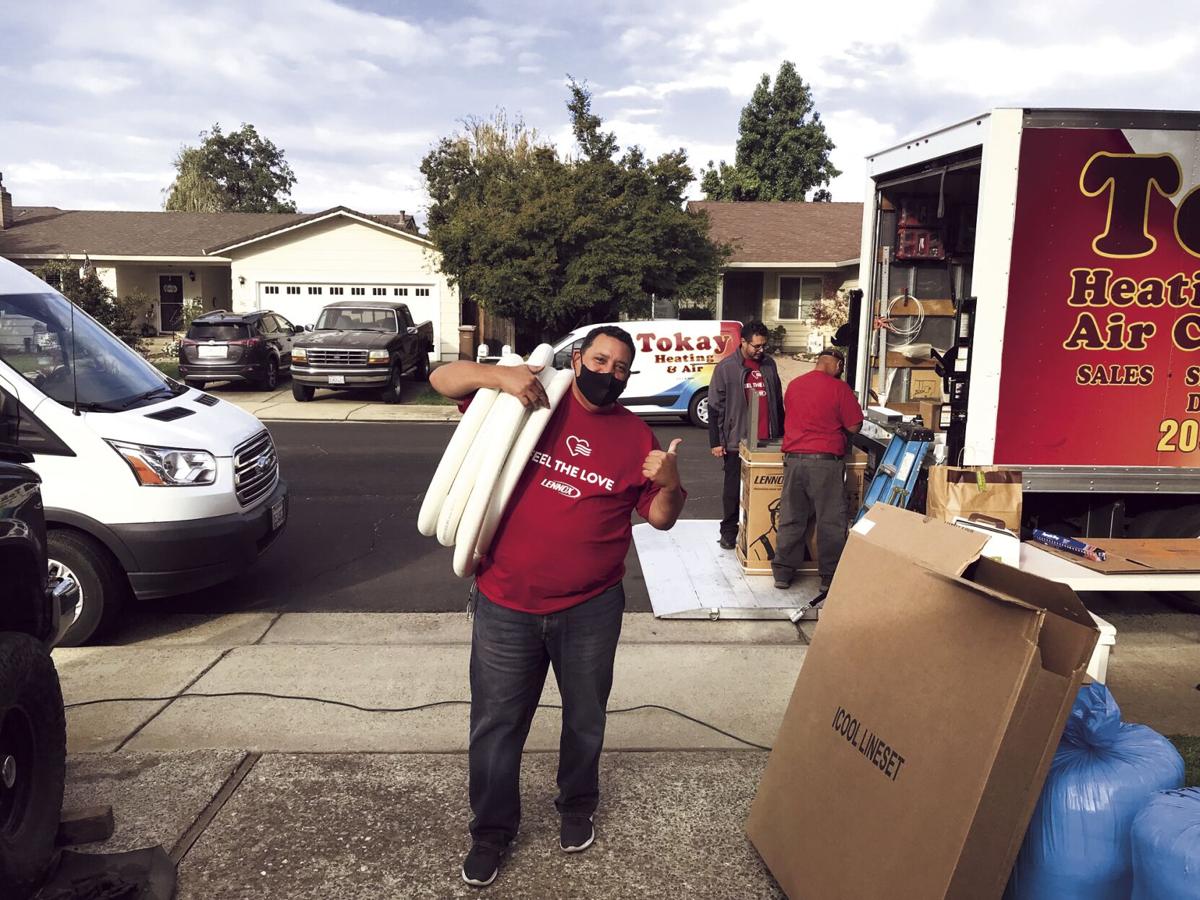 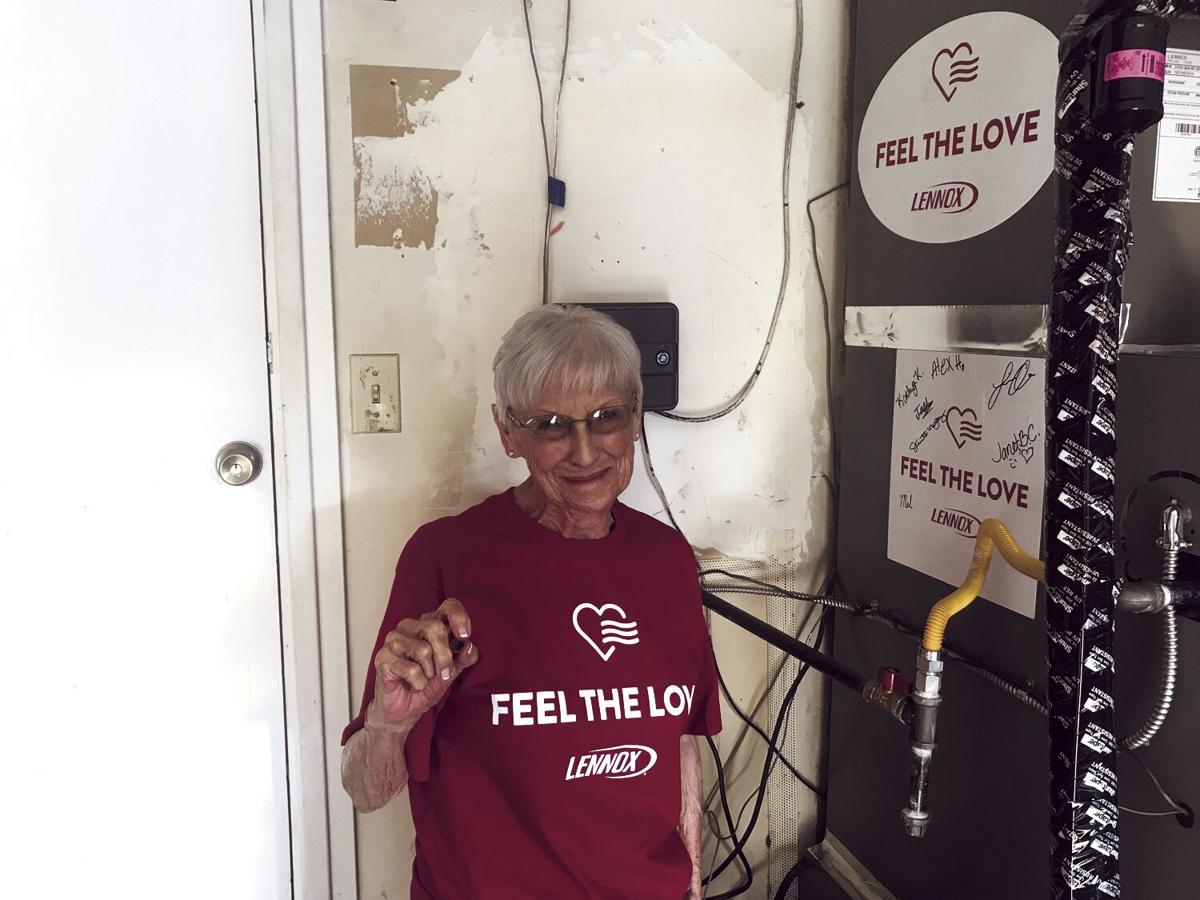 When Jeannette McGarry lost her husband seven years ago, it left not only a hole in hear heart, but also a huge financial burden.

A senior citizen on a fixed income, there were some expenditures that the Lodi resident just couldn’t afford. One of those was a new heating and air conditioning unit in her Palomar Drive home.

But earlier this year, another member of her church nominated her for Lennox Feel The Love program, in which local Lennox dealers volunteer their time to install new heating and air conditioning units — for free.

“It was just a fabulous,” McGarry said Thursday. “Everyone donated their time, I couldn’t believe it. They had tried to get the word out for other people to apply, and no one else did.”

On Wednesday, Tokay Heating and Air spent the entire day at McGarry’s residence, replacing the AC unit — which was more than 20 years old — as well as the ducting system underneath the house, which was about 39 years old.

“It was just about to go out,” she said. “I had been having it refilled every couple months. The air it was putting out wasn’t that cold anymore, and Freon was coming out of it just as fast as (repairmen) were putting it in. This is just a real blessing.”

Beryl Rawlings, managing partner at Tokay Heating & Air, said the average cost to replace a an AC system is $15,000.

Rawlings spent 16 years with Lennox before recently joining the Tokay Heating & Air team. He had been involved with previous Feel the Love installations in Modesto, and wanted to bring the program to Lodi.

McGarry was the program’s first Lodi resident to receive a new air and heating unit, he said.

“It’s been just a ball to partner with Lennox and be able to see what these partnering dealers are able to do,” he said. “And to make long lasting impacts on people’s lives is just the greatest feeling in the world.”

Lennox, a Texas-based company that manufactures and distributes heating, air conditioning, ventilation and refrigeration units, created the Feel the Love program in 2009.

During that time, it has installed heating or cooling equipment to U.S. and Canadian homes at no cost to help those facing physical, mental or social disabilities, financial challenges or job loss.

The company opens the nomination period every May, and residents can submit candidates through August. Recipients are confirmed in September, and installations are performed during the third week of October.

Tokay Heating & Air crews arrived at McGarry’s house at 8:30 a.m. Wednesday, installed the unit, cleaned up, and were done by 5:30 p.m.

“I am big on giving back to the community,” Rawlings said. “And to have our employees put in their own time, on a weekday where they would normally be paid, means so much to not only me, but to Jeannette as well. I’m really proud of our team, and proud to see everything come together.”

While the weather has been somewhat mild this week, McGarry said it was nice to finally get some cool air through the house. She said she was thrilled to be able to turn on the heating unit Thursday morning without having to worry if the machine would work.

“They did a fantastic job,” she said. “They were so professional and experienced. I’m going to recommend them to everyone in town because I just love what they did.”

To learn more about the Feel the Love program, visit www.feelthelove.com.