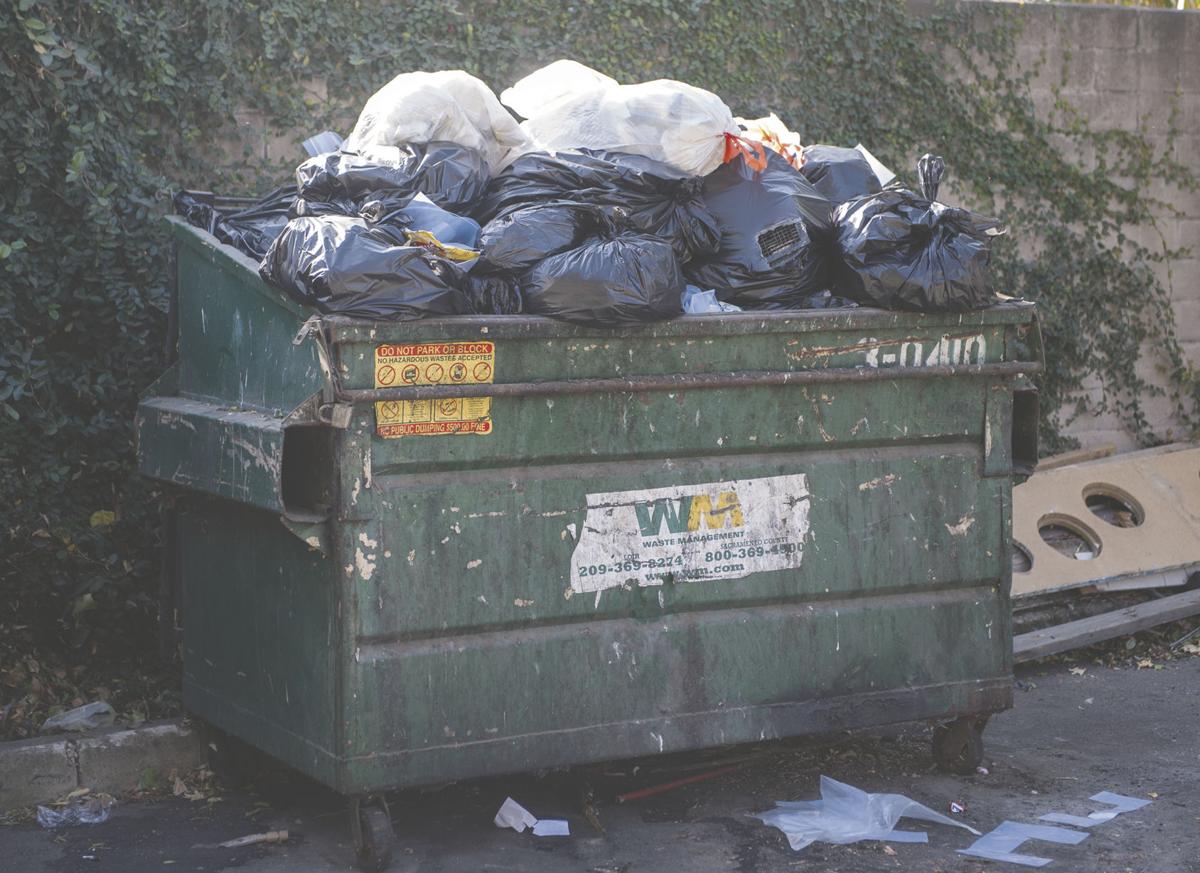 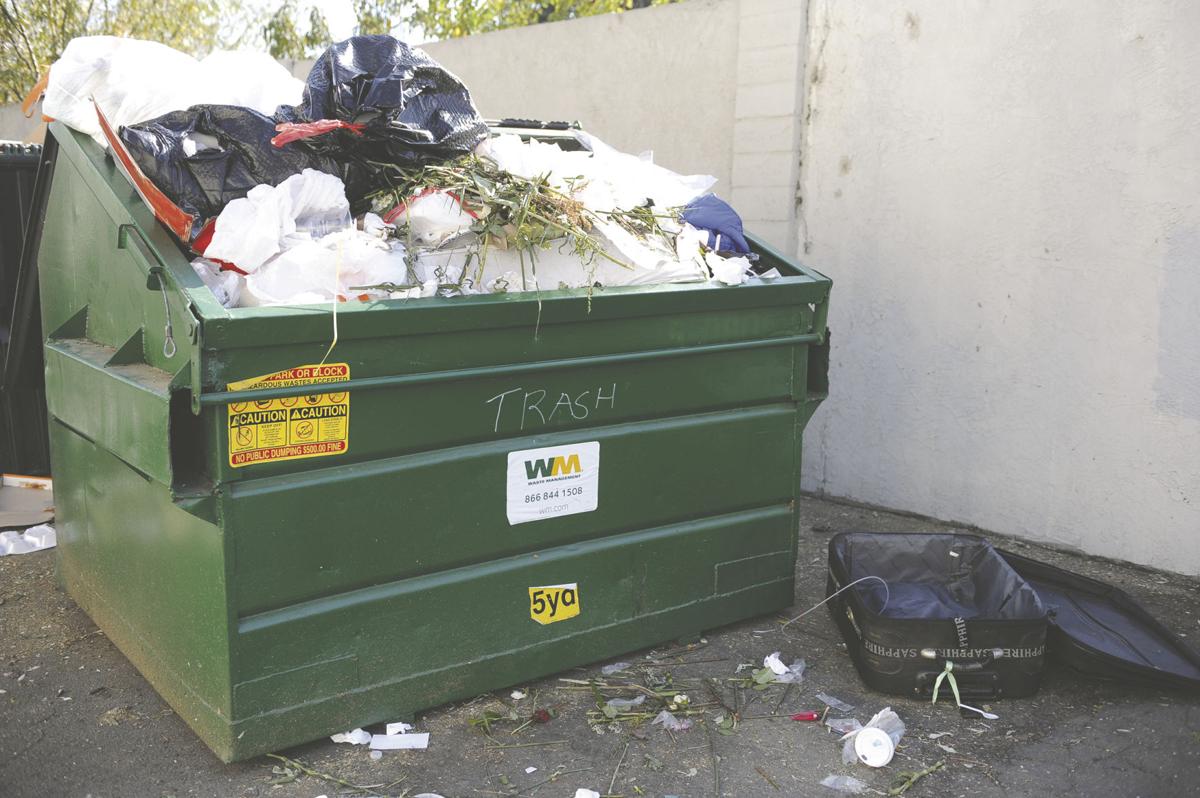 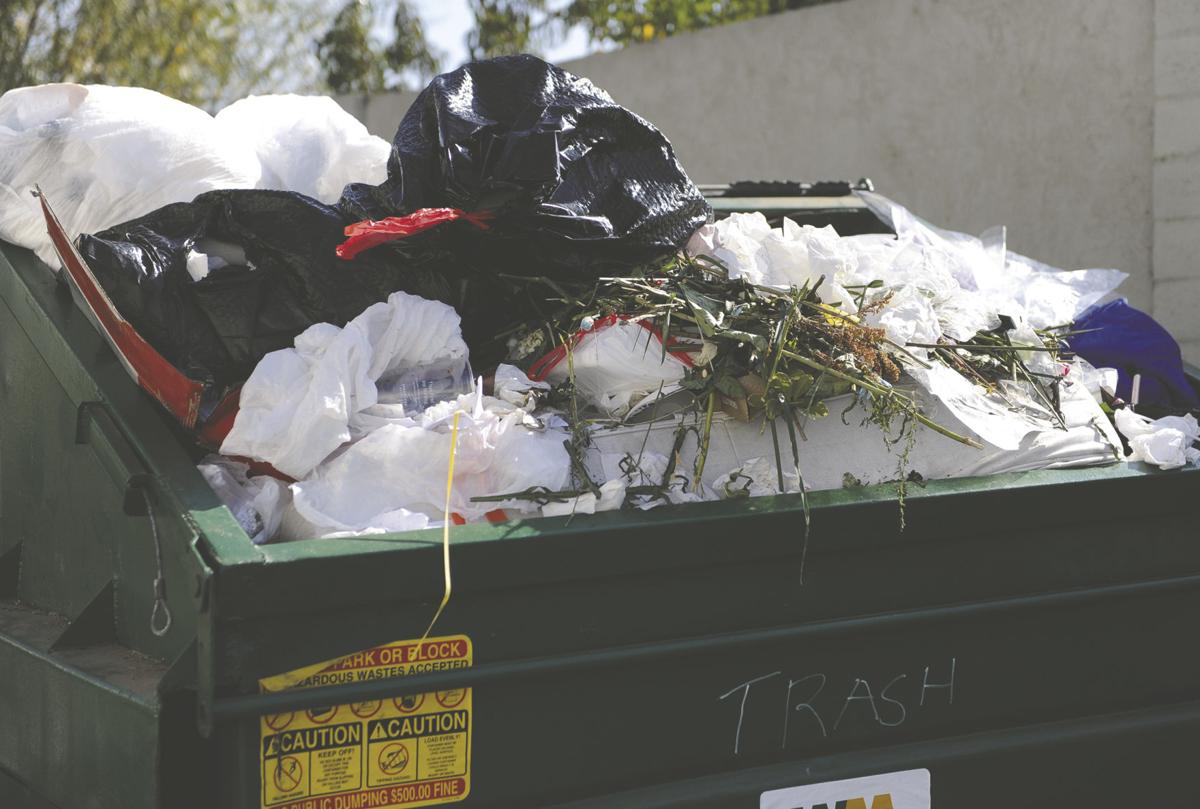 When the City of Lodi began assigning fines to businesses with overfilled and contaminated commercial containers, officials didn’t anticipate having such a large number of violators and a collection system that couldn’t keep pace with the infractions.

Despite efforts by the city and Waste Management to educate customers about the changes, some businesses were still caught off guard by the number of citations received and the fines owed, some totaling thousands of dollars. While the city admits it didn’t initially notify businesses of violations in a timely manner, it will continue to enforce the new regulations in the face of a changing global recycling market and in an effort to meet stringent state mandates. Some businesses are working with the city to avoid future fines. For the businesses that don’t adapt, it could be a costly learning curve as the trash and the fines pile up.

At the beginning of the year, Waste Management installed geo-tagging cameras with Global Positioning System capabilities on their garbage trucks. The cameras were able to collect more accurate data on commercial containers that were overfilled and contaminated — recyclable bins that were not sorted correctly.

The cameras ware equipped with software that enables drivers to photograph the contents inside trash containers during their routine collection, which allowed Waste Management and the city to swiftly find violators.

Before installing cameras, Waste Management drivers used a system that connected to a tablet but required drivers to stop and take pictures of canisters, which slowed down their routes.

By overhauling that program and adding cameras to trucks, drivers can maintain their scheduled hours and their routes without having to stop and take pictures of containers.

“The only difference is Waste Management automated the tracking of overage and contamination resulting in more containers being reviewed,” said Paul Rosynsky, a spokesman with Waste Management.

Once the city received the influx of data on violators, the finance department struggled to keep up with assigning fines to businesses because of the overwhelming volume of violations, Lodi Deputy City Manager Andrew Keys said.

The amount of violations backlogged the finance department, which delayed when the fines were sent out.

“Infractions from January were billed out in May,” Keys said. “The delays were brought on by the scope and size of the violations we received.”

Keys said another factor that contributed to the delays was the city reviewed the Waste Management data and fined business that repeatedly overfilled and contaminated commercial containers.

The problem was corrected by June, but the damage had been done. Business owners who were never notified about the violations were irate to learn that they owed hundreds or thousands of dollars in fines.

Pietro’s owner Jim Murdaca was fined $2,100 for contaminating his recycling bins with plastic bags that were used to bundle recycling.

“All my overage was in my recyclables. If I had known we weren’t supposed to put plastic bags in the recycling I would have trained my staff to avoid being fined, but I had no idea I would be fined for that,” Murdaca said.

Rosynsky said loose plastic bags, film plastic and bagged material being tossed in with recyclables are the biggest sources of contamination resulting in fines.

According to Keys, the city was aggressive with its information outreach earlier this year, which included sending out mailers and running ads in local newspapers.

Waste Management also sent out mailers and emails with pictures that explained what the trash collector considered contamination and overfill.

“Waste Management also hired recycling specialists to canvass the city from March to June, visiting any commercial customer identified as having overage or contamination,” Rosynsky said.

Rosynsky said the specialists provided customers with information about the surcharges, discussed options for preventing overage and contamination and provided outreach materials.

Since 2017, Waste Management has actively updated residents about their recycling and trash regulations. Two years ago, the company unveiled its “Recycle Right or Lose the Right” program to educate customers on how to properly sort their trash.

The state mandates were drafted in response to international recycling markets no longer accepting most of the reclaimed materials coming from the United States.

Since 1992, 45 percent (106 million metric tons) of the world's plastic has been exported to China annually, according to the United Nations Comtrade Database.

In 2017, China passed the National Sword policy which banned plastic waste from being imported into China beginning Jan. 1, 2018.

This left the U.S. market in a mess as waste collectors scrambled to find alternatives.

In response to the shift, Rosynsky says Waste Management has made continual efforts to keep its residents informed of the changes in an attempt to keep rates as low as possible.

However, some customers have found the changes to be too abrupt and costly and their servicing options too limited.

Modesto resident Chris Gianulias, who owns and manages properties throughout the region — including Wine Country Plaza, Time Square Plaza and the Velvet Grill and Check into Cash properties in Lodi — said he was speechless when he received fines totaling $12,000 in July.

“I thought maybe it was a mistake when I got the bills but when I called Waste Management they said I was fined for overloading my trash containers,” Gianulias said.

Gianulias says that when he requested to see the photographs of the overfill that both Waste Management and the city were unable to provide them.

“If the containers were overflowing why can’t I see the pictures,” Gianulias asked. “I don’t believe them.”

Rosynsky said Waste Management notifies customers through emails each time an overfilled container or contamination in a recycling bin is found. These emails include a photo or video of the overage or contamination.

“Waste Management has an app that you can log into and you can see your photos if you get fined,” Murdaca said.

The city can also provide photos that are time-stamped, according to Keys.

Although Gianulias claims he has not seen photos of his overfill, he said he was required to pay his fines.

“The City of Lodi groups trash with the electric utilities and water, so if you don’t pay the entire bill they’ll shut your water and electricity,” Gianulias said. “It’s total extortion.”

Keys said all account holders are required to keep their bills current, and if an account becomes delinquent the city will suspend electric services.

“If someone believes we fined them incorrectly and they paid the fine we can retroactively reimburse them,” Keys said.

Ratepayers can also contest their bill if they believe there was an error in their billing.

“I contested my bill and got 75% of what I paid back,” Murdaca said.

Gianulias said he has not attempted to contest his bill because he has not been able to get in contact with city leaders.

“I went down to the city and they refused to see me,” Gianulias said.

Keys said both he and City Manager Steve Schwabauer would never refuse to see someone, however, they are both coming in and out of meetings and do not always have time to meet with someone from the public.

“We encourage people to call and set up a meeting or email us because then we can make ourselves available to whoever wants to meet with us,” Keys said.

Gianulias said he has not since attempted to reach out to either Keys or Schwabauer.

“The city has an exclusive contract with Waste Management, I wouldn’t be surprised if they’re exchanging envelopes,” Gianulias said. “The thing is there are not a lot of small businesses in Lodi, it’s a lot of corporations like Walmart, and they are not going to notice a couple bucks in fines.”

Gianulias said he is considering legal action against Waste Management and the city.

“I am talking to lawyers in San Francisco and Los Angeles. I love Lodi, but there needs to be another vendor to select from for trash collection, to stop the extortion from the city and break up the monopoly in Lodi,” Gianulias said.

Keys sad it is not uncommon for cities to enter into exclusive solid waste franchise agreements for commercial and residential services. He said many smaller cities use one company to ensure that all residents have their trash collected.

“We have an exclusive contract with Waste Management for commercial and residential to ensure everyone is paying for the waste they are generating,” Keys said. “The city has also been fined for overfilling our bins and we too had to pay fines and increase our pick-ups to ensure we don’t overfill our bins.”