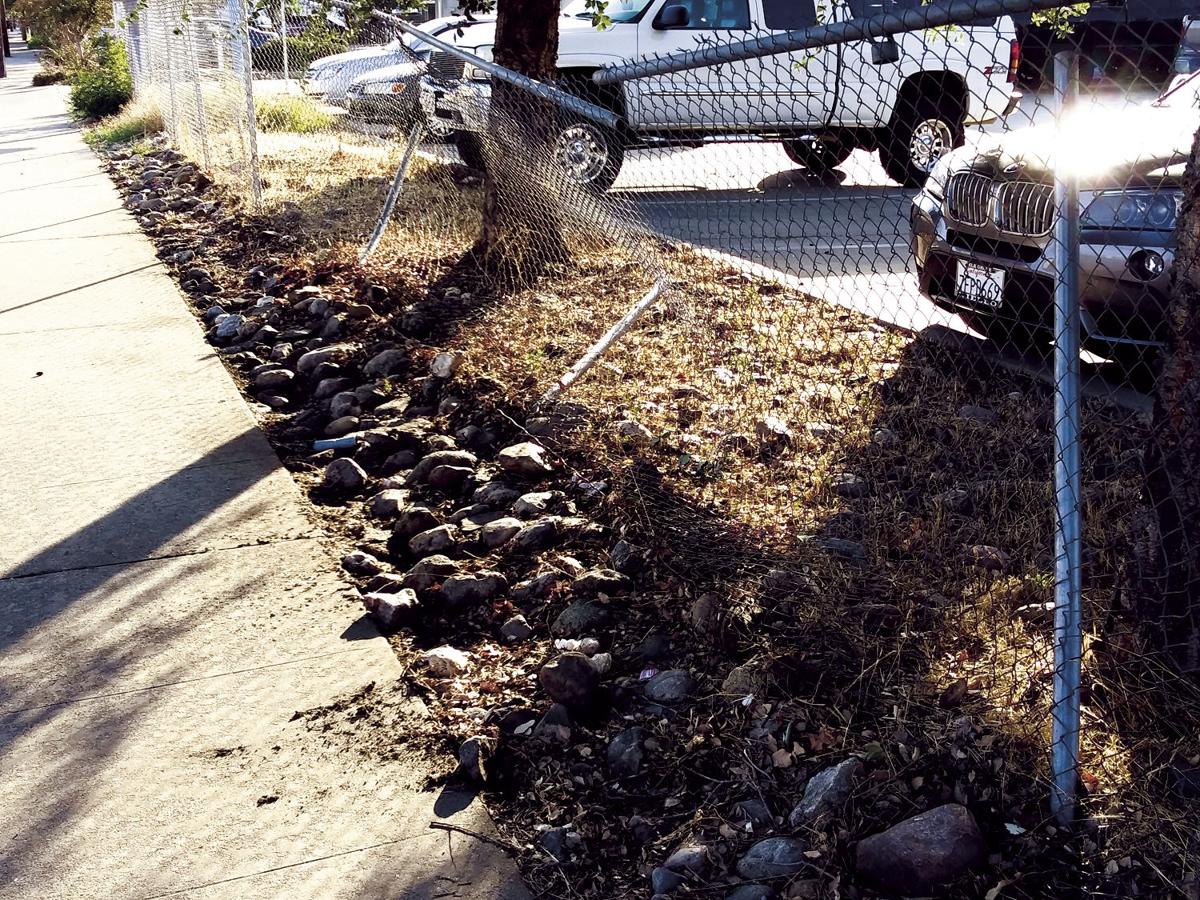 Stephanie Gonzales allegedly rammed Eduardo Gonzales, Sr. into a fence with his own Acura in front of Plug-in Products on East Pine Street near Kelly Street at 3:30 p.m. Wednesday before fleeing and colliding with another vehicle in Acampo on Wednesday. 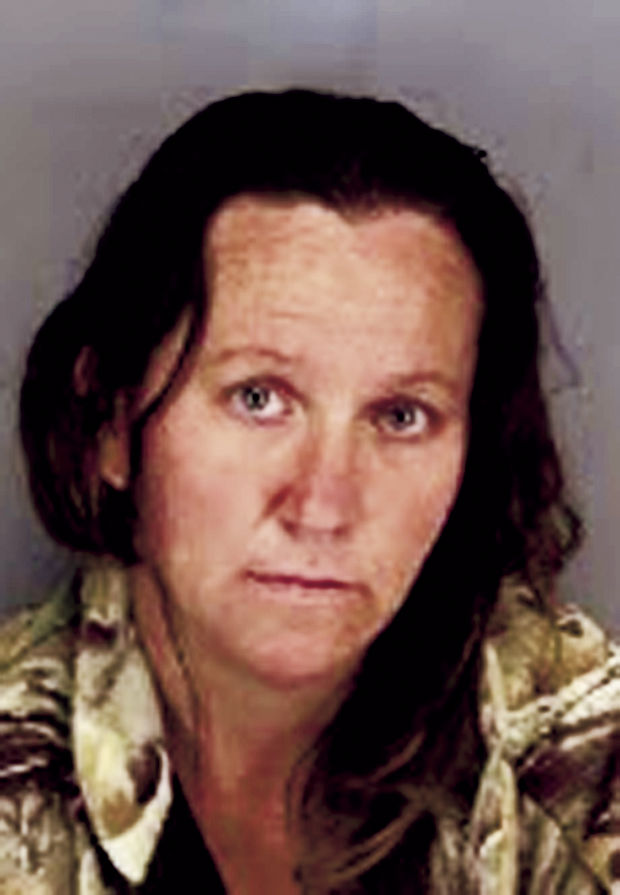 Stephanie Gonzales allegedly rammed Eduardo Gonzales, Sr. into a fence with his own Acura in front of Plug-in Products on East Pine Street near Kelly Street at 3:30 p.m. Wednesday before fleeing and colliding with another vehicle in Acampo on Wednesday.

Just hours after she apparently violated a restraining order, a woman ran her estranged husband over with a car in Lodi’s industrial area Wednesday afternoon.

Lodi Police Department officers responded to the report of an altercation between the man and woman at about 3:30 p.m. in the area of East Pine and South Kelly streets.

Police said witnesses told them that they saw the woman run the man over with a vehicle and then flee the scene.

About 30 minutes later, officers received word that the woman had been involved in a collision about five miles away near Bruella and Acampo roads, police said.

The woman, later identified as 40-year-old Stephanie Gonzales, was taken to a local hospital for treatment of her injuries. On Thursday morning, police said that she was listed in serious but stable condition.

Police said it appears the pair were involved in a domestic relationship, and that Eduardo Gonzales had a restraining order filed against Stephanie Gonzales.

She was arrested on suspicion of homicide, assault with a deadly weapon and other charges Thursday afternoon.

According to the San Joaquin County Superior Court case database, Gonzales was first arrested on suspicion of battery against a spouse on Feb. 22. She was released on her own recognizance on April 25, and sentenced to three years probation on June 13, according to court records.

On June 4, she was arrested for violating a court order to prevent domestic violence, and her probation was revoked on July 8.

She was arrested for violating the court order again on Aug. 28, according to court records.

The San Joaquin County District Attorney’s Office on Thursday afternoon said Stephanie Gonzales had been under court supervision since last spring. She was scheduled to appear in court on Tuesday, but failed to appear.

The court ordered her case continued to Nov. 7, and if she failed to appear, a bench warrant would be executed, the District Attorney’s Office said.

Adam Farrow, owner of Lodi Marine at the corner of Pine and Kelly streets, on Thursday said he and his employees saw most of the incident.

Farrow said the victim was driving westbound on Pine Street in a black Acura when the incident started, followed by the woman running after the victim on foot.

The victim pulled over at the intersection and got out of the vehicle, and the woman tackled him in the center of Pine Street, according to Farrow.

“She had pinned him down and was yelling and screaming at him, and hitting him,” Farrow said. “They got up, he took off running and she got in his car. She rammed him into the fence (in front of Plug-it Products) and split.”

The woman struck another vehicle, Farrow said, then turned around at least twice, returning to where she had struck the man.

“I just saw the fighting in the street, and I was more concerned about him after she hit him with the car.” said Kyle Hickman, chief mechanic at Lodi Marine.

Hickman and Farrow both said the man’s last words were “I love you,” which he repeated twice before dying at the scene.

Elvia Alvarado said she and her family had just moved into a house at the corner of Bruella and Acampo roads less than two weeks ago.

She said her children asked to go into the yard and play just moments before the collision outside their home, and she told them to wait just a moment while she finished doing some work in the kitchen.

Alvarado said it appeared a pickup truck hauling a trailer was traveling north on Bruella Road and that the Acura was traveling east on Acampo Road. The Acura may have been speeding, she said, because the impact turned the truck on its side as it crashed into their fence.

“My kids helped the man in the truck, and he was in shock,” she said. “I went to the woman and asked if she was all right. She said her head hurt, and her arm. Then she just started saying a lot of strange, random things.”

The woman was taken away in an ambulance about 10 minutes after the collision, she said, and first responders had the intersection closed until about 9 p.m.

The District Attorney’s Office said that Stephanie Gonzales made a lengthy 911 call Wednesday morning and was exhibiting mental health issues.

She was requesting police assistance and gave her location as the home of her ex-husband Eduardo Gonzales, in which she had been ordered to stay away from as a condition of the restraining order. When officers contacted her at the home, the District Attorney’s Office said she was still exhibiting signs of mental health issues.

“A report of the event was submitted to the District Attorney’s Office,” the District Attorney’s Office said in an email to the News-Sentinel. “After a review of that report, the intake prosecutor determined that there was insufficient evidence to charge Gonzales with the purported crime of a misdemeanor violation of a domestic restraining order.”

According to the District Attorney’s Office, its Family Crimes Division prosecutes more than 6,000 domestic violence cases a year.

“These cases are complex in large part because of the nature of intimate relationships,” the District Attorney’s Office said. “Easy solutions are not readily available, nevertheless, this office strives every day to find solutions to combat the crime of intimate partner battery and the associated crimes that can arise from a domestic conflict.”

According to News-Sentinel archives, Wednesday’s incident was Lodi’s third homicide of the year.

On April 4, transient Christina Cantu was found by another transient lying unresponsive on the grass near North Stockton Street between Elm and Locust streets at 10:30 a.m.

Police said Cantu suffered multiple gunshot wounds and that a vehicle had been involved. The investigation into her death is still ongoing.

On Feb. 27, officers responded to the report of shots being fired in the 200 block of East Vine Street at about 10 p.m. and found a man suffering a gunshot wound to the head.

On March 1, police arrested 45-year-old Marcus Trull, Sr. of Galt on suspicion of Morfin’s murder during a vehicle stop in the 3700 block of Collier Road in Acampo.