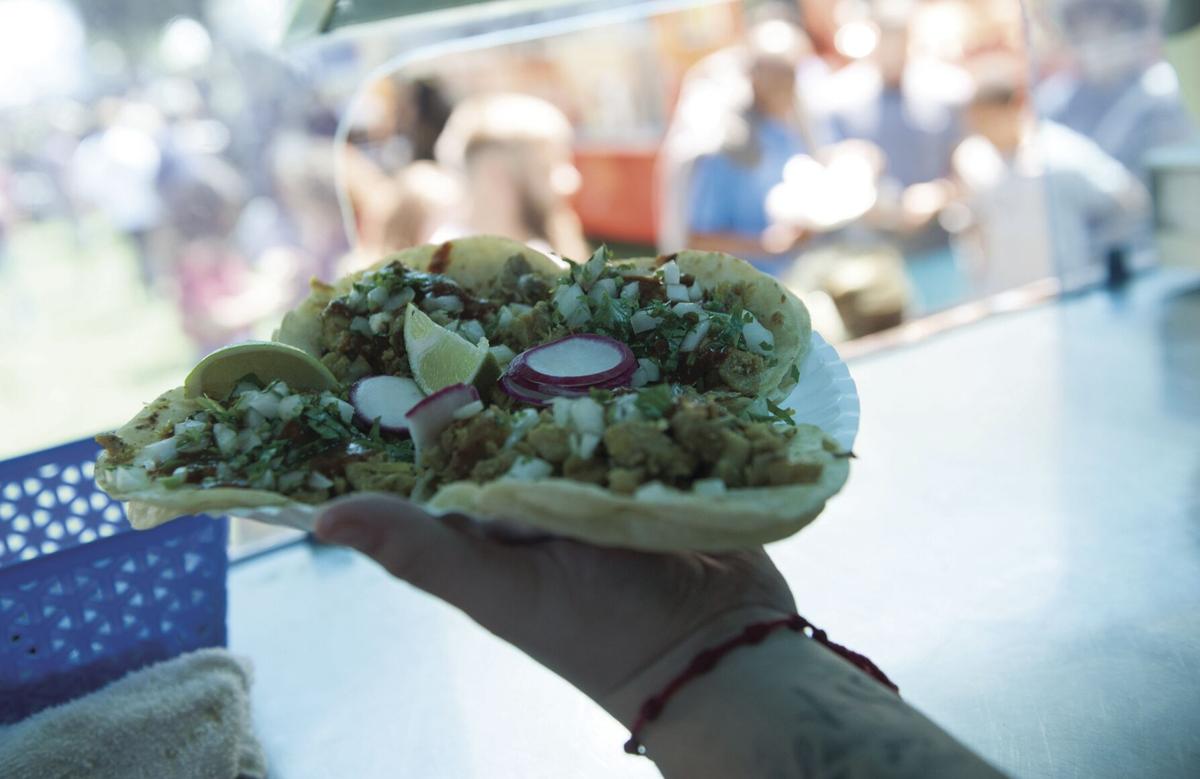 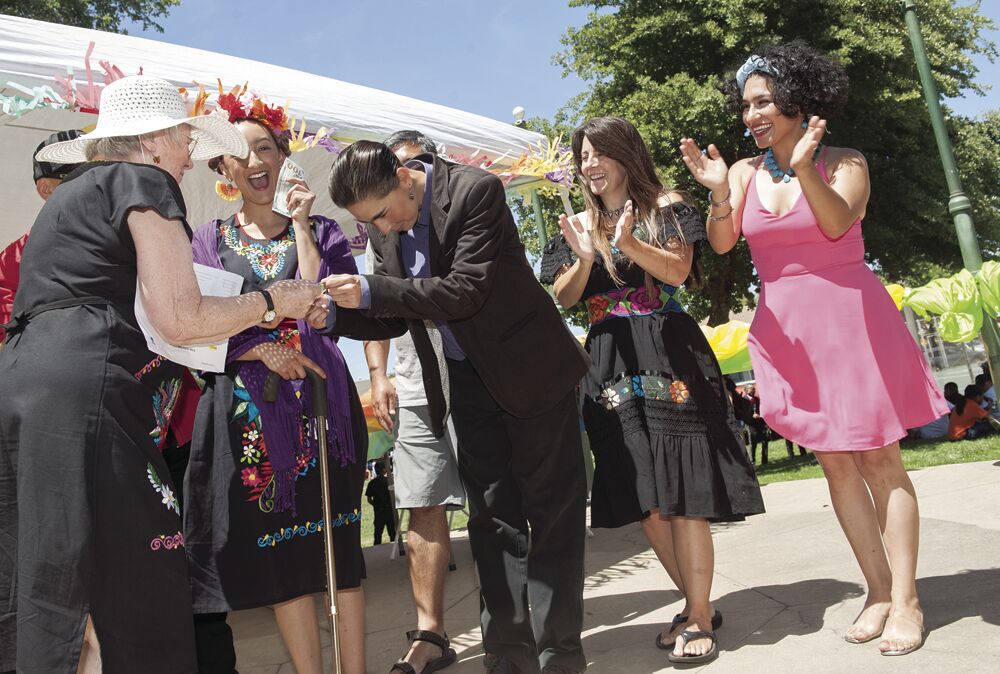 Frida Kahlo contestants Jasmine Canela, of Lodi, and Angela Golde, of Stockton, receive their prize as they are named as the two winners for the adult Frida Kahlo look-alike contest during the ninth annual Taco Truck Cookoff at Hale Park in Lodi Saturday, June 8, 2019.

Frida Kahlo contestants Jasmine Canela, of Lodi, and Angela Golde, of Stockton, receive their prize as they are named as the two winners for the adult Frida Kahlo look-alike contest during the ninth annual Taco Truck Cookoff at Hale Park in Lodi Saturday, June 8, 2019.

After a year without a contest, the Lodi Arts Commission is hoping for one of its biggest turnouts at the Taco Truck Cook-off this weekend at Hale Park.

This will be the 10th year the commission has hosted the event, and entertainment chair Nancy Mellor said nine taco trucks will be competing for judges and attendees’ stomachs in the battle for number one.

Perennial winner La Picosita, which takes up its regular residency at Church Street and Turner Road, will not be attending this year due to a prior engagement, Mellor said.

That means a new champion will be crowned for 2021.

While a fan-favorite taco truck won’t be returning this year, the Frida Kahlo Look Alike contest will. During the 2019 cook-off, the look-alike contest featured nine contestants, which included four children.

“It really is an interesting event,” Mellor said. “The commission sort of suggested we try to get a look alike contest going a few years ago, and we finally did during the last cook-off.”

And the contest was a hit, she said. Alexandria Angeles was the youngest contestant in 2019 at 3 years old, complete with the bunned hair, unibrow and traditional Mexican dress for which Kahlo has come to be known.

Another contestant, Angela Gade, decided to emulate a completely different version of Kahlo.

“The ‘other’ Kahlo was taken from a self-portrait she had painted in her husband’s (Diego Rivera) clothing,” Mellor said. “In the painting, she’s sitting in this yellow chair, and her hair is cut. It was outstanding. (Angela) even had a reprint of the painting with her.”

Prizes in the contest are $100 for adults and $50 for children. The contest will take place at 2 p.m. during the cook-off.

There will also be new entertainment throughout the cook-off this year, including Mariachi Bonitas, a Mariachi group consisting of all women, and Ballet Folklorico Raices Mexicanos, a Stockton troupe showcasing traditional Mexican dance.

The Yolotl Tonantzin Dancers will perform a “blessing of the earth” ceremony to kick off the day at noon, as well.

There will also be a children’s art booth and balloon animals for the youngsters in attendance.

With the success of the Lodi Pride Festival earlier this year — which attracted some 1,200, more than the 300 expected — Mellor is hoping more people come out for the cook-off than ever before.