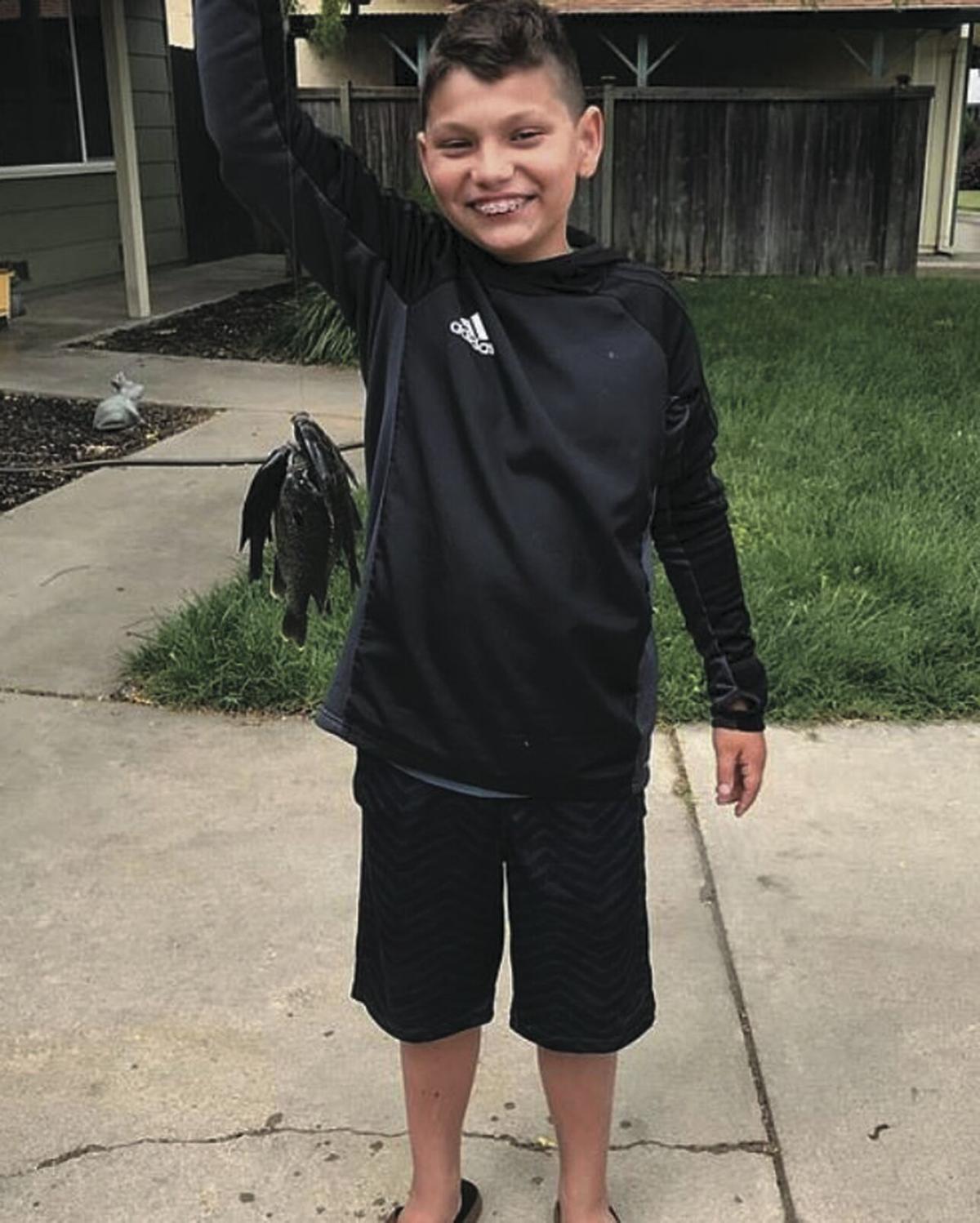 Woodbridge Elementary student Adan Llanos, 11, died of a self-inflicted gunshot wound on Wednesday. His parents said the shooting was an accident. 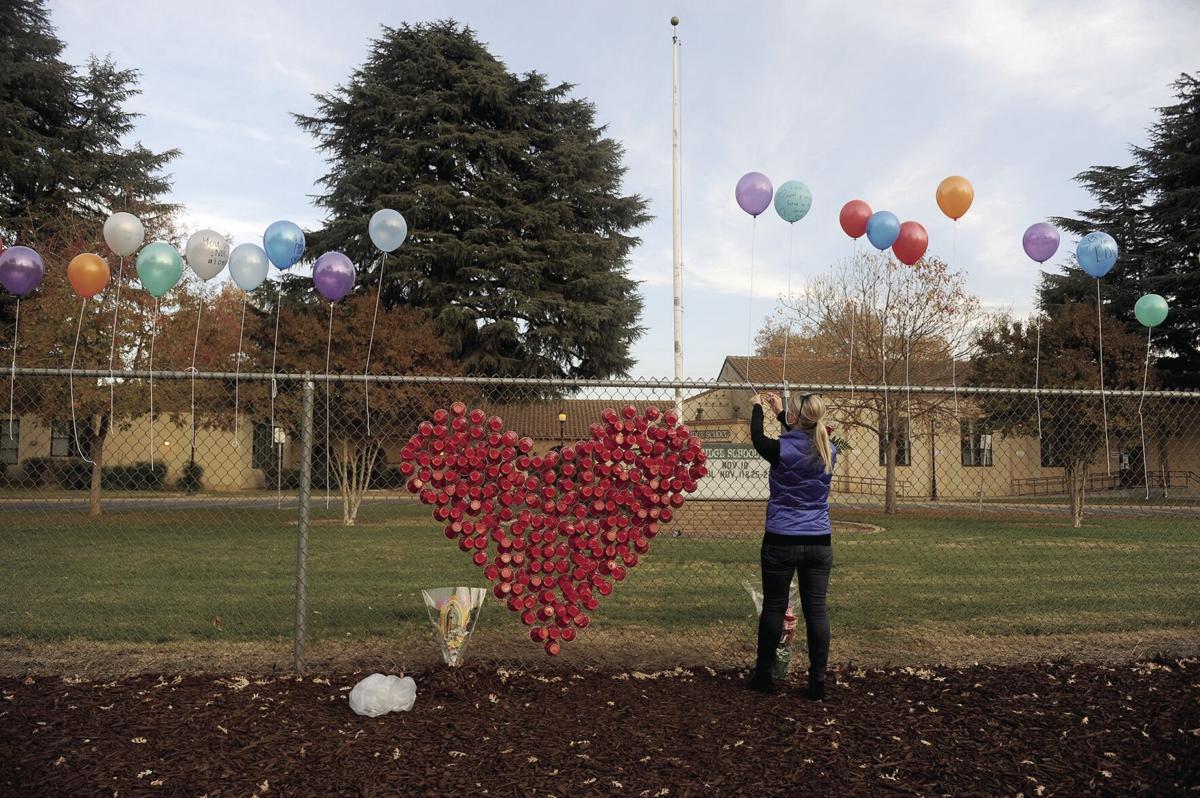 Washington Elementary fourth-grade teacher Melissa Schamber attaches a balloon to the fence at the growing memorial for student Adan Llanos outside Woodbridge Elementary School in Lodi on Thurs. Dec. 3.

Woodbridge Elementary student Adan Llanos, 11, died of a self-inflicted gunshot wound on Wednesday. His parents said the shooting was an accident.

Washington Elementary fourth-grade teacher Melissa Schamber attaches a balloon to the fence at the growing memorial for student Adan Llanos outside Woodbridge Elementary School in Lodi on Thurs. Dec. 3.

A spokesperson for the family of Adan Llanos on Thursday said in a social media post the 11-year-old Woodbridge Elementary School student’s death was an accident and not suicide.

The spokesperson, Llanos’ aunt, said the family was not ready to provide comment to the media about the boy’s death.

Neil Young, principal at Woodbridge Elementary, said everyone at the school — students, teachers and staff — knew Llanos and cared deeply for him.

“He was very loving,” Young said Thursday. “He always cared about others and always paid attention to when someone around him was feeling down. He was always looking to put a smile on people’s faces.”

The Sheriff’s Office on Wednesday said it had received several reports of a person shot in the 300 block of Sterling Street just after 11 a.m.

Upon arrival, deputies found a boy inside the home suffering from a head injury. Later in the day, the Sheriff’s Office said Llanos was in a Zoom class at the time of the shooting, but his audio and video had been turned off.

His sister, a Millswood Middle School student, was also in a Zoom class and heard a gunshot in the house. She went to another room, returned and asked her teacher to call 911. The teacher immediately closed the class and made the phone call.

Llanos’ death is still an open investigation, and details have not been made public.

“It’s been hard on all of us,” Young said. “The staff has been dealing with our own grieving, the district had its mental health team conduct a live Zoom call with the class so the students could share their memories of him. And they did that not only for his class, but for another class where all the students knew him as well.”

On Thursday afternoon, six teachers and principals from around the district brought balloons with written messages such as “Hope,” “Love,” and “Stronger Together” on them to Woodbridge and Millswood to show support for the students and staff at both campuses.

“All these balloons were blown up and written on by Larson staff members,” Turner Academy principal Robin Suttle said. “We do anticipate that more sites are going to participate. What we’re going to do today is just hang them on the fence as kind of an encouragement and support of all the staff and families, and everyone affected.”

A giant heart made of plastic red cups was also brought to Woodbridge, and was attached to a perimeter fence.

“We wanted to support and do something to show we are here for them and we’re a community, and it could have been anyone of us,” Washington Elementary School teacher Melissa Schamber said. “We want to do our part for our fellow teachers.”

Paul Warren, the Lodi Unified School District’s administrative director of student support services, said counselors and the district’s mental health team were deployed to students, their families, as well as the LUSD community, almost immediately after the incident.

“They provided class presentations so students could understand the circumstances, and so they could make themselves available to those who might be impacted the most by this,” he said. “Because of the nature of this tragedy, we want to make sure we cast a broad net of available services throughout the district and make sure we serve everyone.”

The district on Thursday posted a list of phone numbers and websites for mental health and wellness services for those in the community who need support with grieving or depression.

In addition, the district provides a number of resources, apps and links to support services at www.lodiusd.net/parents/mental-health-and-wellness that parents can access to help their student cope with loss, or their own well-being.

“I’ve talked to a lot of the mental health team members who are working with everyone at both schools, and it’s just a difficult time for a lot of people,” Warren said. “At the same time, there’s a high level of optimism, and people are feeling good after expressing how they’re feeling. But it still doesn’t deny the fact that this was a very terrible incident.”

A cousin of Llanos’ parents created a GoFundMe seeking $10,000 for funeral expenses at www.tinyurl.com/AdanLlanos. By later Thursday, the community had donated $14,475.

A fundraiser is also planned from 1 to 5 p.m. Sunday, Dec. 6 at Salas Park. Food plates of a hot dog, soda and chips will be available for $5, and attendees are asked to wear masks and social distance at all times.