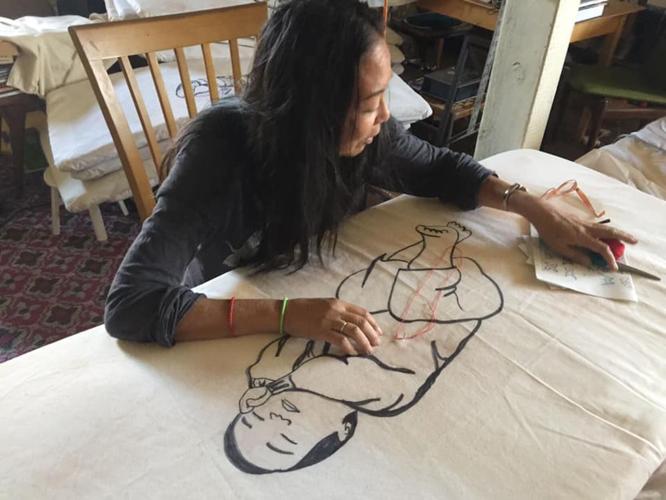 Na Omi Judy Shintani sews as she works on an art piece. 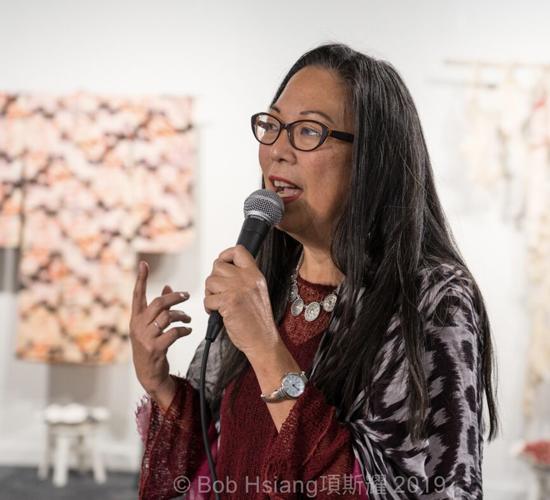 Na Omi Judy Shintani, who grew up in Lodi, is one of five artists who will be featured in a Bay Area exhibit spotlighting the internment of Japanese Americans during World War II. 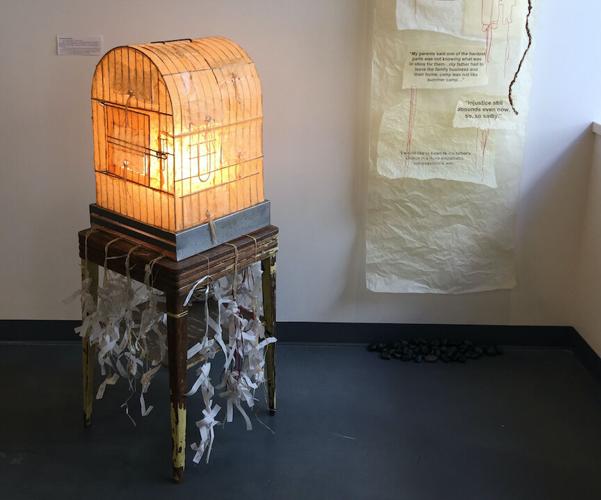 Na Omi Judy Shintani sews as she works on an art piece.

Na Omi Judy Shintani, who grew up in Lodi, is one of five artists who will be featured in a Bay Area exhibit spotlighting the internment of Japanese Americans during World War II.

A former Lodian will be one of five artists featured in a Bay Area exhibit that will shed light on how Japanese Americans were treated in the U.S. during World War II.

Na Omi Judy Shintani grew up in Lodi, and is a descendant of Japanese Americans who were sent to internment camps in the 1940s following the attack on Pearl Harbor.

A San Joaquin Delta College alum, Shintani is an artist and teacher who’s work has been exhibited across the country.

This summer, she will lead “Shining a Light on Remembrance” Lantern Making Workshop during the new “Sansei Granddaughters’ Journey: From Remembrance to Resistance” on Aug. 7 in San Bruno.

The exhibit will be showcased at the AZ Gallery at the Shops at Tanforan, where a temporary detention center once stood during the war.

Twelve exhibit attendees will create lanterns to honor and celebrate their loved ones and those who inspire them during Shintani’s workshop.

“The core of my art is about searching, understanding and healing — things you can’t get from a textbook,” Shintani said in a Monday press release.

Shintani’s artwork has been shown at Delta College, where she also taught for a short time.

Not only will she be facilitating a workshop during the exhibit, but she will be part of the event’s main feature — an Aug. 14 screening of the 2020 film “Sansei Granddaughters’ Journey.”

The 27-minute film documents the five featured artists’ experiences on an annual pilgrimage in 2018 to the Manzanar internment camp in Inyo County.

The aim of this exhibition and educational programming is to inspire dialogue about racial discrimination, identity and civil liberties, trauma experienced by those rounded up and incarcerated, and other aspects of the World War II detentions.

A variety of art will be on display, including video, installation works, prints, paintings and mixed media pieces.

“People who are different are not necessarily dangerous, even if they ‘resemble’ the enemy in some way,” Shintani said. “Learning from the past can lead to the equitable and humane treatment of all people.”

The Tanforan mall was once the Tanforan racetrack, which in 1942 was transformed into a temporary detention center where nearly 8,000 people were imprisoned between April 28 and Oct. 12 of that year.

A majority of the prisoners in Tanforan were Japanese Americans from the Bay Area, and most were transferred to the Central Utah WRA camp, also known as Topaz.

During the exhibit, the “Tanforan Memorial” will be unveiled between the San Bruno BART station and the Tanforan mall. The permanent “Tanforan Incarceration 1942” exhibit located inside the BART station will also be updated.

The exhibit runs July 24 through Sept. 3.

Have you suffered property damage during the winter storms?