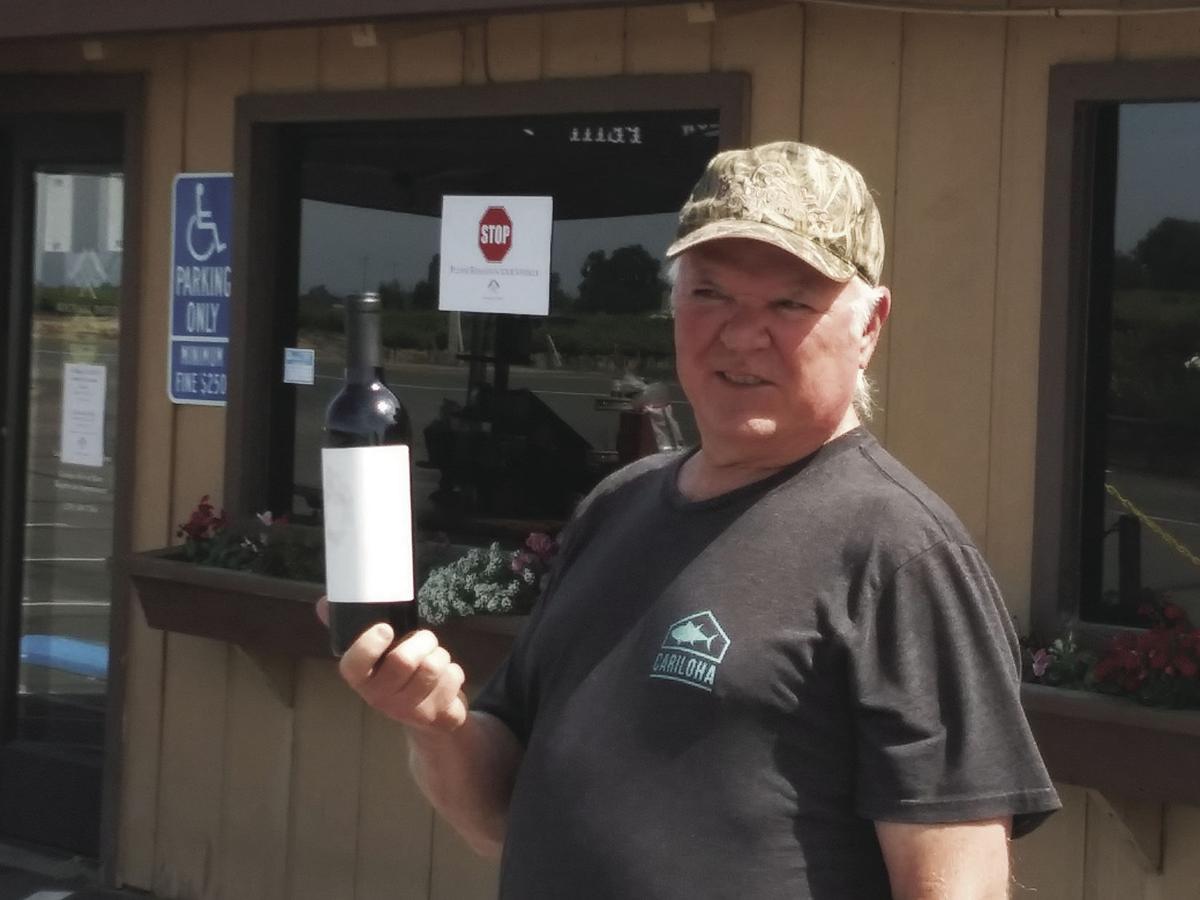 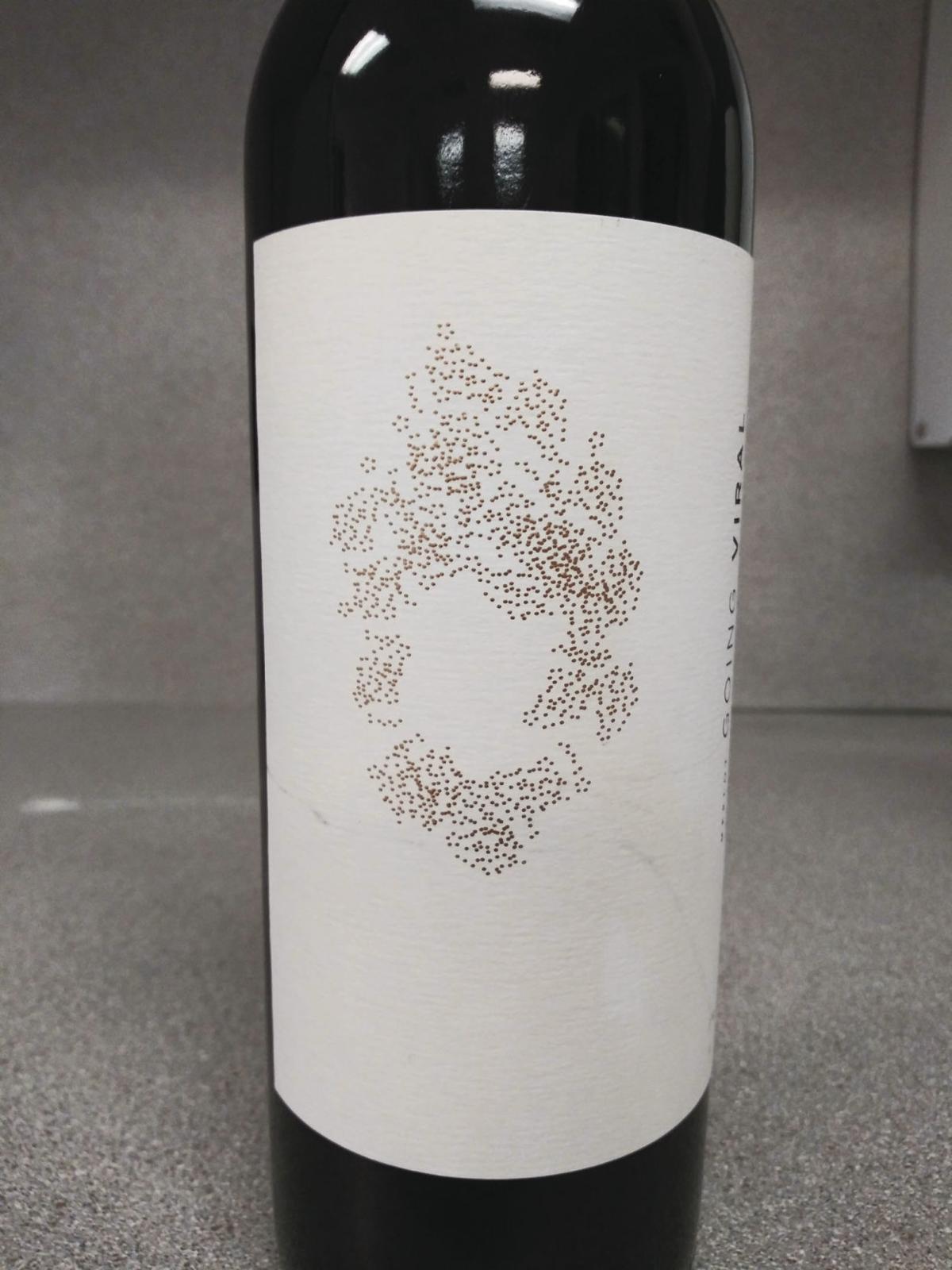 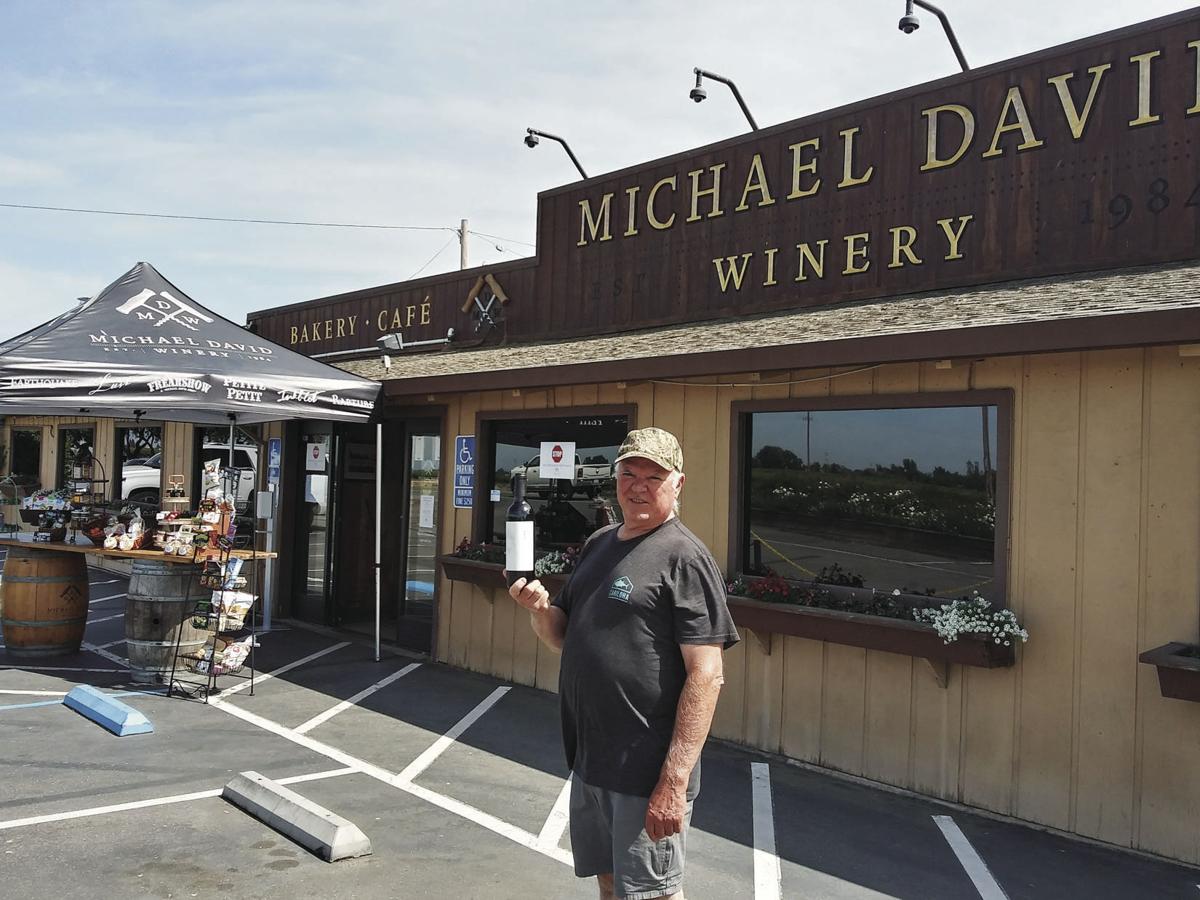 Even before Gov. Gavin Newsom and San Joaquin County Public Health Services issued stay-at-home orders and closed “non-essential” businesses, Michael David Winery closed its doors to the public in an effort to help stop the spread of the coronavirus.

But that did not mean the Phillips family stopped operations or their commitment to giving back to the Lodi community.

Almost immediately, the family began donating their time and energy to making sure essential workers on the frontlines of the pandemic stay safe.

Over the past month, the family has donated large shipments of masks to the staff at Adventist Health Lodi Memorial as well as 200 take-home meals; hand sanitizer and gloves to the hospital and Lodi Police Department; and hand sanitizer to LOEL Senior Center.

Now, the winery is releasing a new wine to help fund research for a potential COVID-19 vaccine.

Michael and Kristi Phillips said the family will be selling 750 cases of its new brand, “Going Viral,” with every penny made given to research at the University of California, Santa Cruz.

While the couple has donated to their alma mater, University of California, Davis, for various research programs, this is the first time the family is donating to virus research, Michael Phillips said.

“It’s a new thing for us because our daughter is working on diagnostic testing to see who might be infected with coronavirus,” he said. “Would be a good thing for everyone if people could determine who had it. We’re just super excited about the opportunity to fund research at UCSC.”

The new variety’s name has nothing to do with the COVID-19 pandemic, Kristi Phillips said. The trademark process began about a year ago, and was related to their daughter Rebecca DuBois’ work as a virologist.

“The trademark process takes a while to go through the government,” Kristi Phillips said. “We even debated whether it was ready to start selling right now, or if we should even release it. We didn’t want to give people an inkling we were trying to exploit what was going on.”

The bottle’s label is an artist’s rendering of a respiratory syncytial virus molecule, or RSV, a common virus for which their daughter mapped the molecular structure.

DuBois is an assistant professor of biomolecular engineering with expertise in virology and vaccine development at UC Santa Cruz, currently working with a team to develop diagnostic testing to determine who is infected with COVID-19.

“It’s a Merlot from my grandmother’s home vineyard,” Michael Phillips said of the wine. “I used to make (a Merlot) once in a while, but didn’t really like it, and as a result, we didn’t market too many Merlots. Now with this new vineyard, we are able make this one, and I actually like it. It reminds me of a Bordeaux Merlot.”

The Going Viral wine will be available through the Michael David wine club and at the winery for curbside pickup. A purchase — of wine and anything from the winery or Phillips Farms — will also include a free bottle of hand sanitizer, another way the family is giving back to the community.

The hand sanitizer is part of a $40,000 purchase from a distillery in Washington that decided to switch operations from alcohol to sanitizer when that state issued a stay-at-home order, Kristi Phillips said.

“I had a contact through a very good friend in Washington,” Michael Phillips said. “He was in the process of making hand sanitizer and I asked how to get a shipment, because nobody around here has any. So we purchased a shipment through the Michael David Foundation and went to work donating the sanitizer.”

Not only is the sanitizer being handed out with a purchase at the winery, but the Phillips family has given many bottles to the police department and Lodi Memorial.

Police Chief Tod Patterson has given every officer a bottle or two, encouraging them to place them in their patrol cars or bags to tote around from work to home. There are bottles throughout the Lodi City Jail as well, Patterson said.

“For our officers, it’s imperative they have something to be able to stay safe,” he said. “With 105 employees at the department, we can’t have even one of our officers come down with this. (The Phillips family) are somebody who always contributes to us. They’ve been incredible, not only to the department, but to the community.”

Tracy Williams, executive director at the LOEL Senior Center, said the family donated about eight cases of the sanitizer, which has been handed out to seniors who come to pick up meals.

The some 416 bottles donated by the Phillips family is also used by Williams’ staff, and added to an anonymous donation of 105 bottles made about a month ago.

“We really appreciate the support, and it keeps our seniors healthy and safe,” she said. “And it’s nice because the bottles are portable, and you can take them anywhere. We couldn’t do what we do without the donations being made during this time.”

The masks donated to Lodi Memorial were secured through contacts her brother-in-law David Phillips had in China, Kristi Phillips said.

Wayne Craig, president of the Adventist Health Lodi Memorial Foundation, said 70 N95 masks were given to doctors, nurses and staff, one of the many donations of its kind from members of the community, including the Ledbetter family and Vino Farms, as well as David Vaccarezza of California Waste.

“Not only did Dave Phillips bring in masks, but the family also brought staff 200 take-home meals,” Craig said. “They were the first to make such a donation. It’s just remarkable how everyone in the community has pulled together for their community hospital.”

Michael Phillips said the family has always been happy to give back to the Lodi community.

“We’ve always been very active locally,” he said. “Our daughter (Melissa Phillips-Stroud) is on the hospital foundation board and LOEL board, we’ve supported with (World of Wonders) museum and the Police Chief’s Gala. We just believe in giving back to the community.”