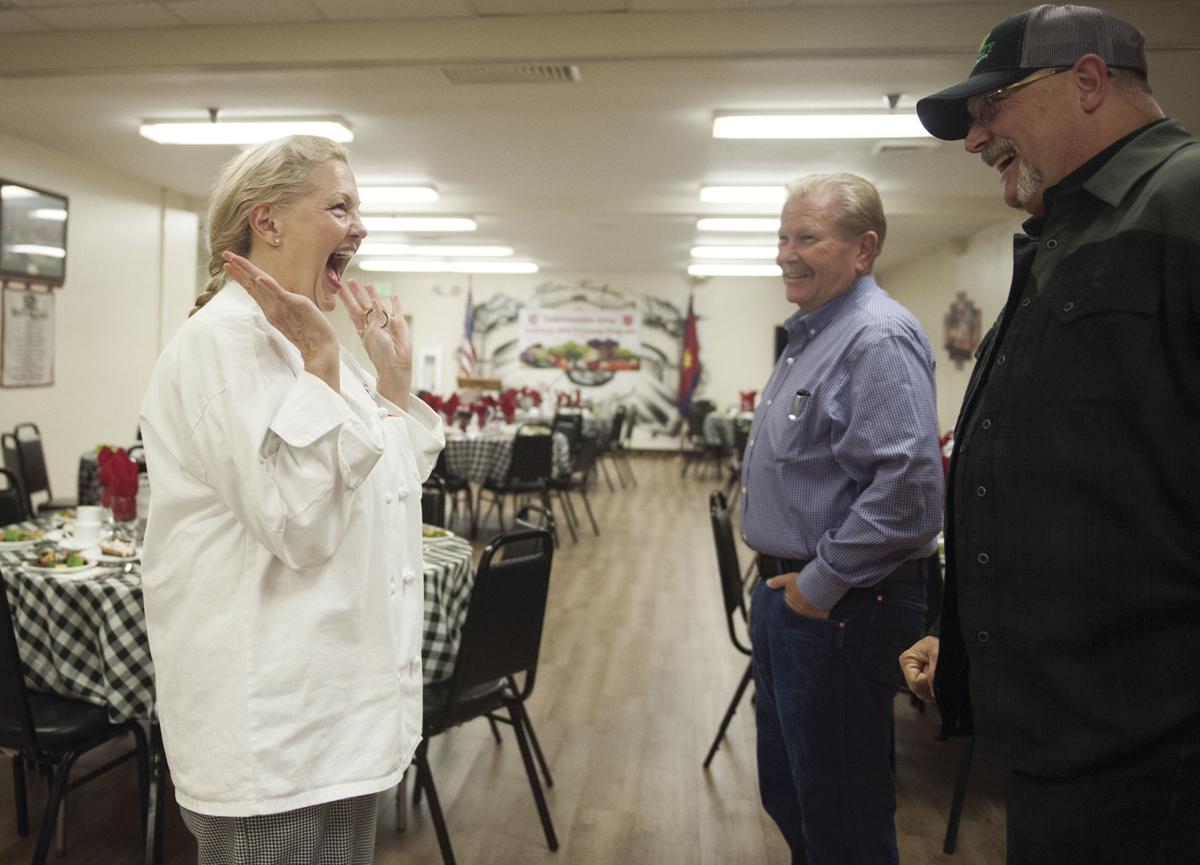 Graduate Audra Crocker announces she got a job at Wine & Roses to Bill Moersch, on the Salvation Army advisory board, right, before the Salvation Army’s Hope Harbor Culinary Arts program graduation in Lodi Tuesday, Dec. 3, 2019. 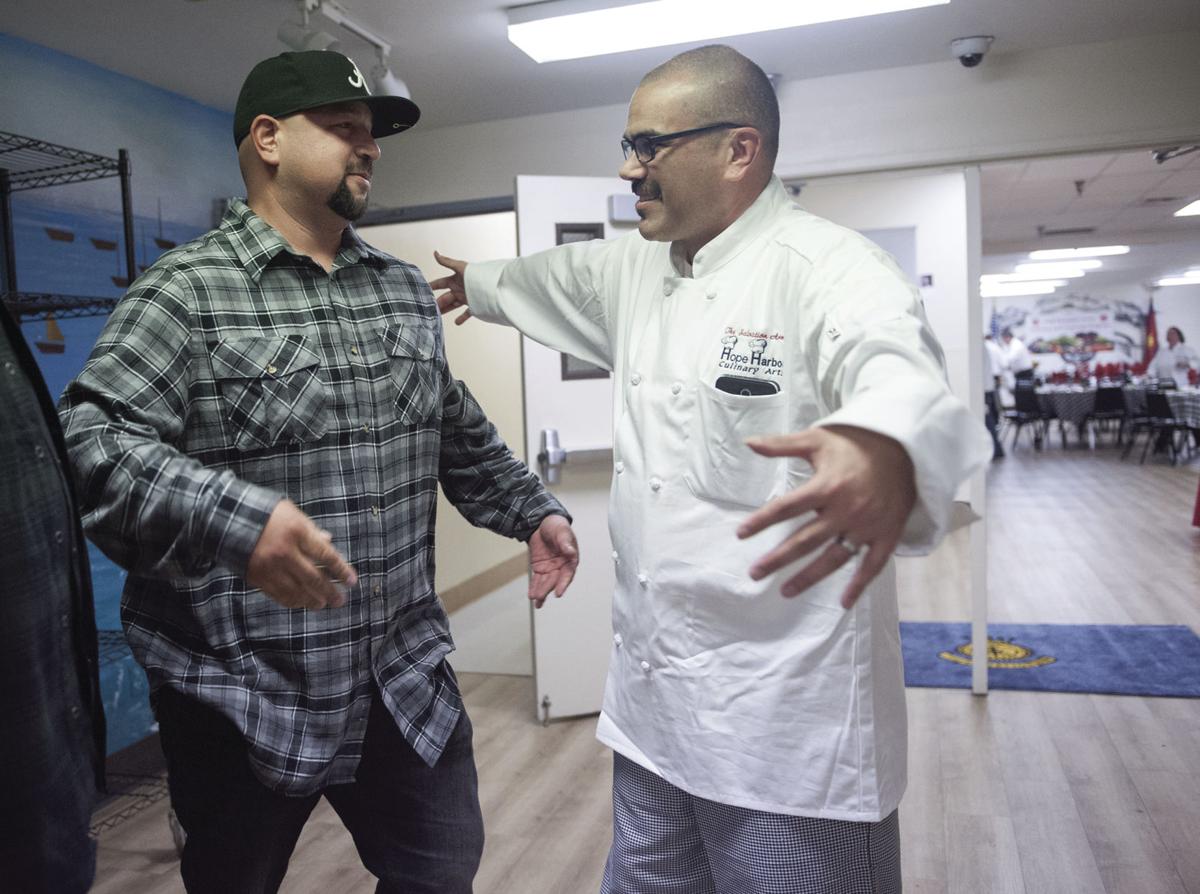 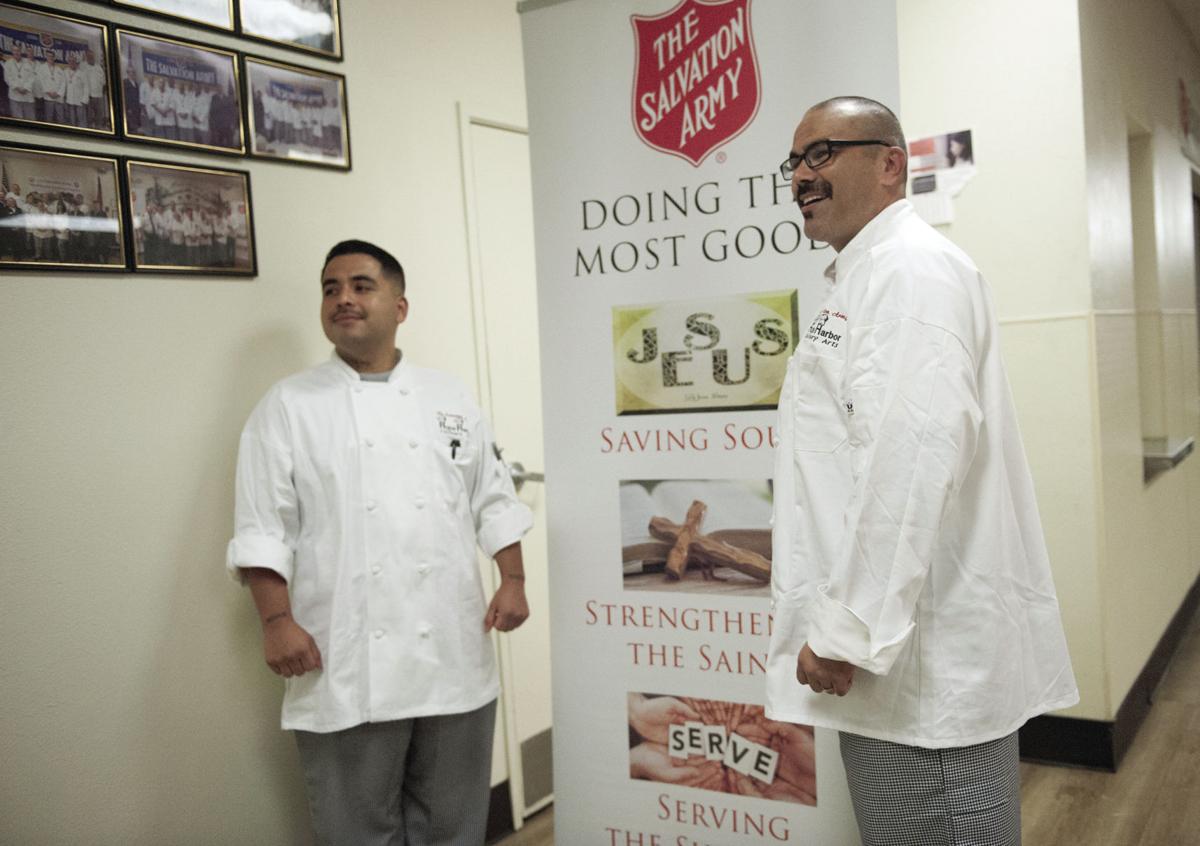 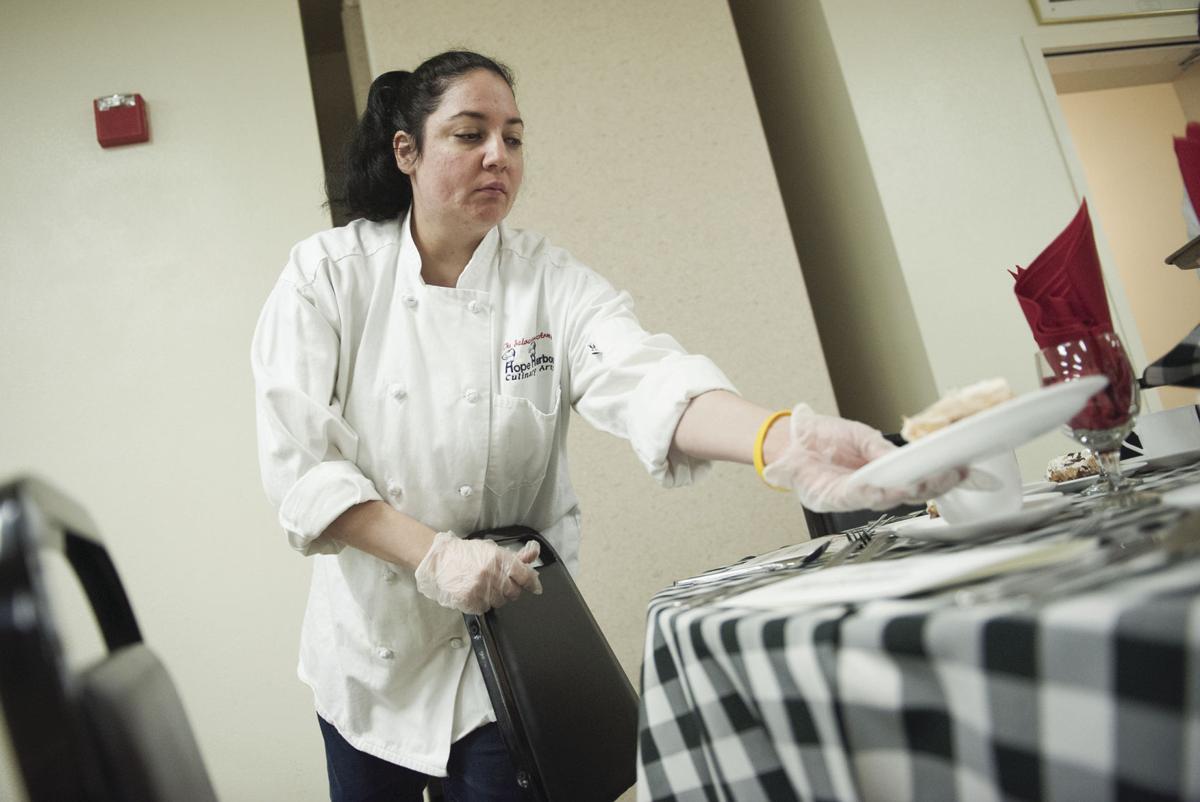 Graduate Audra Crocker announces she got a job at Wine & Roses to Bill Moersch, on the Salvation Army advisory board, right, before the Salvation Army’s Hope Harbor Culinary Arts program graduation in Lodi Tuesday, Dec. 3, 2019.

The Salvation Army’s Hope Harbor has trained 162 people in its culinary arts program since 2008, and the six most recent graduates showcased their skills and talents Tuesday night.

They were the 24th class to graduate from the program since its inception in 2008.

“This program gets to benefit men and women going back into society,” program director Barry Crall said. “It gives them the skills and knowledge in life to keep on track so they don’t turn back to addiction.”

Crall said the program has a great relationship with several restaurants in Lodi, so he was excited that his graduates will soon be serving up dishes at establishments such as Rosewood and Wine and Roses.

One of those is Jose Granados, who said he was inspired to cook food by watching his mother. He said she used to make eggs and chorizo, and from an early age, he thought that was something he might want to do as an adult.

“I’m glad to be graduating,” he said. “I’ve enjoyed working here, I’ve learned a lot. My mom always used to cook what I liked, but now I’ve tried new things, and I’ve fallen in love with the culinary arts.”

Granados will be moving on to Rosewood after graduation, while classmate Audra Crocker will be starting a new chapter in her life at Wine and Roses.

While the graduates served a meal of meat, potatoes and vegetables, Crocker’s specialty is pastries and desserts. She hopes the business, which serves as one of Lodi’s visitors’ centers, will embrace her ability to prepare sweets.

Crocker said she has been interested in making pastries prior to her enrollment in the culinary arts program, and her graduation Tuesday night was the second phase of her life and career.

“I’m excited to be able to work with people in the industry,” she said. “I have some experience making things, and I like to do something edgy and exciting. Now I have the opportunity to do what I’ve loved to do my whole life, and I’m excited for this next phase.”

Leon Phillips does not have a restaurant gig lined up yet, but he’s hopeful one will come to him soon. Raised on his father’s ability to cook barbecue or soul food, he was hoping to end up at an establishment that offers that kind of fare.

“We’ve been learning French cuisine, but I feel like I can make any kind of food now,” he said. “(Graduating) is a feeling I can’t explain. This is a fresh start on life.”

Moises Romero will also be looking for a position in a local kitchen, and hopes to maybe land one in a place that specializes in steaks.

“I feel like I’ve accomplished something great, and that I can accomplish anything,” he said. “I’m happy I‘m graduating, and I’m happy for everybody I’ve spent time with in this program. They’re like family now, and I hope we all succeed.”

The next culinary arts program will begin in February, and Crall said he is still accepting applications for the next class, which graduates in June of 2020.