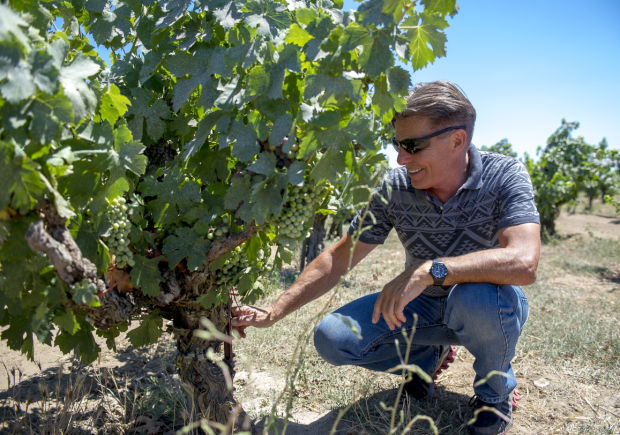 Greg Burns, manager and winemaker for Jessie’s Grove Winery, talks about the unique hollow vines of the Cinsaut grape while walking through Bechthold Vineyard on Friday, July 11, 2014. The California State Fair named Bechthold Vineyard the Vineyard of the Year. 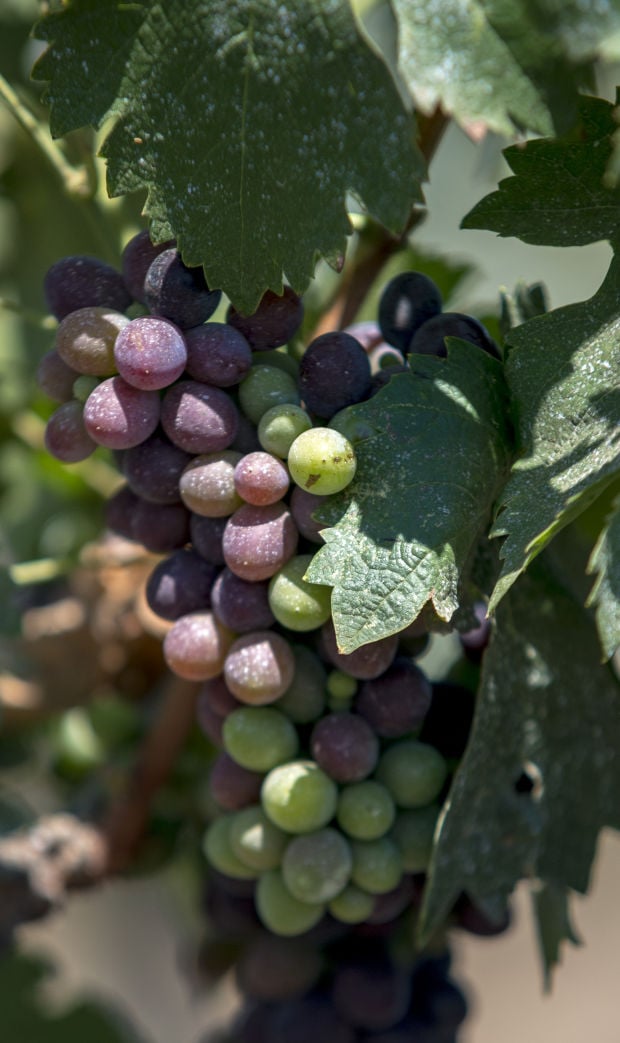 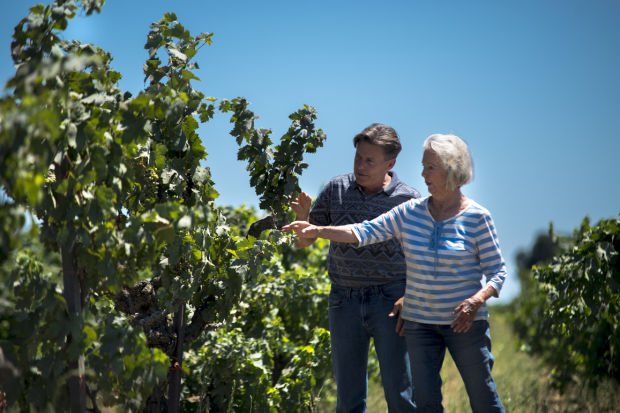 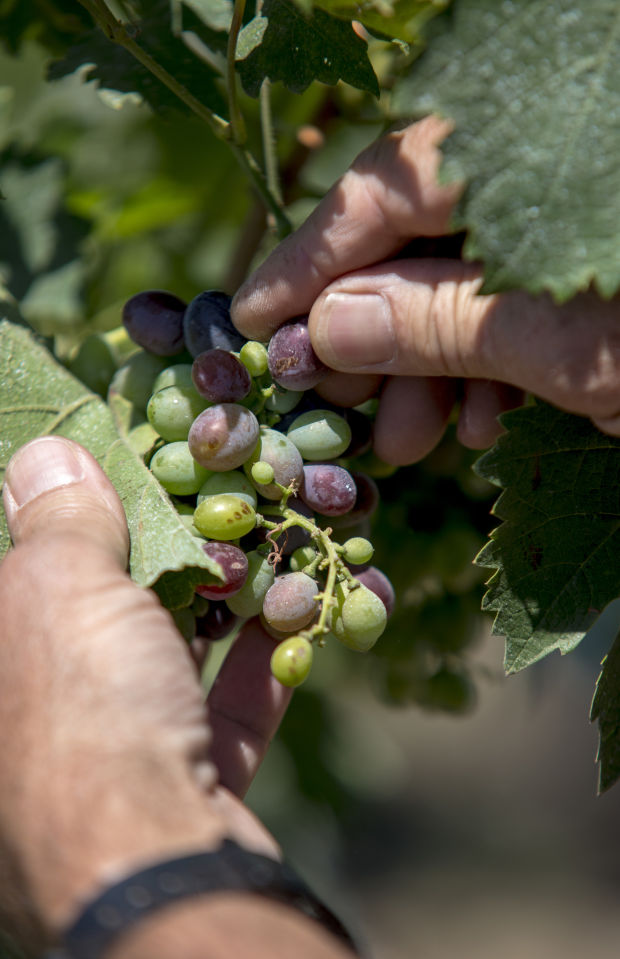 Greg Burns, manager and winemaker for Jessie’s Grove Winery, talks about the unique hollow vines of the Cinsaut grape while walking through Bechthold Vineyard on Friday, July 11, 2014. The California State Fair named Bechthold Vineyard the Vineyard of the Year.

The oldest vineyard in the Lodi area has just been named one of the best in California.

The California State Fair on June 27 named the Bechthold Vineyard the Vineyard of the Year.

Greg Burns, manager and winemaker of Jessie’s Grove Winery, which owns the vineyard, said it is an extreme honor to be named the best in the state for 2014.

Located just north of Jessie’s Grove off Davis and Woodbridge roads, the 25-acre vineyard was planted in 1886 by Joseph Spenker, Burns’ great-great-grandfather.

Spenker arrived in Stockton in 1868, and 10 years later he owned 1,500 acres of land, including what is now called Jessie’s Grove, formerly known as Spenker’s Ranch. He originally used the land to grow wheat, then transitioned to watermelon before finally settling on grapes, Burns said.

The vineyard was originally planted with what was thought to be a Black Malvoisie grape, a variety Burns said was not very popular among the California wine community.

As a result, Burns said, the grape was primarily sold to winemakers in other states and Canada.

It was about 2006 when a viticulturist from the University of California, Davis tested the crop and determined it was actually a Cinsaut, a red grape variety closely related to the Black Malvoisie with “a lot of fanfare and clout as a varietal,” Burns said.

Within a day of learning the vineyard was growing a Cinsaut, Burns said, wineries approached the family about contracting the grapes to make their own wine with it.

Today, eight winemakers — including Bonny Doon, Turley Wine Cellars and Onesta Wines — use the grapes from Bechthold Vineyard in their wines. Michael David Winery, Estate Crush and McCay Cellars also use some of the vineyard’s grapes.

“It’s 128 years old now,” Burns said. “It’s survived so many different types of weather patterns and climate changes, with different kinds of attacks on the vines, and it’s still here.”

Burns credits the vineyard’s recent success to the management of Kevin Phillips, Michael David’s vice president of operations, who was able to pull several wineries together to contract the grapes out of the vineyard.

Today, Phillips manages several rows of Michael-David’s vines in the Bechthold Vineyard, as well as the vineyards at his family’s winery.

“To recognize and see the hard work and effort Kevin has done to keep the value of this vineyard alive is just amazing,” Burns said.

It wasn’t long after the discovery of the Cinsaut grape that Burns and his mother, Wanda Bechthold, renamed Spenker’s Ranch “Jessie’s Grove,” in honor of Spenker’s daughter, who refused to cut down the trees that still remain on the property at 1973 W. Turner Road.

“Someone once asked me around that time, ‘Why don’t you just tear out that vineyard?’” Bechthold said. “And I said, ‘No way.’ You don’t tear out a vineyard that old.”

A State Fair committee of a dozen wine professionals bestowed the honor on the vineyard after reviewing hundreds of vineyards across the state.

The award is presented to the California vineyard that has consistently produced grapes that have contributed directly to wines of superior quality, according to the State Fair criteria.