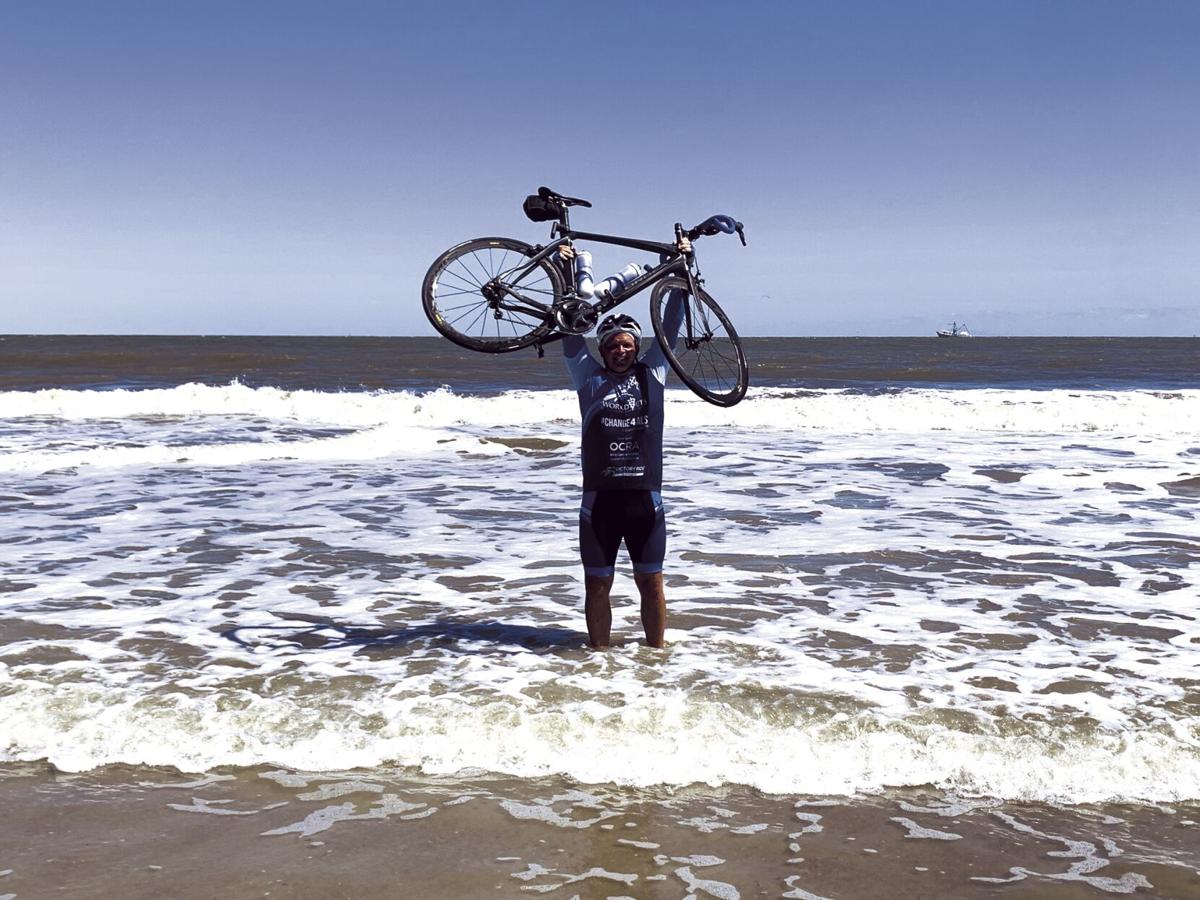 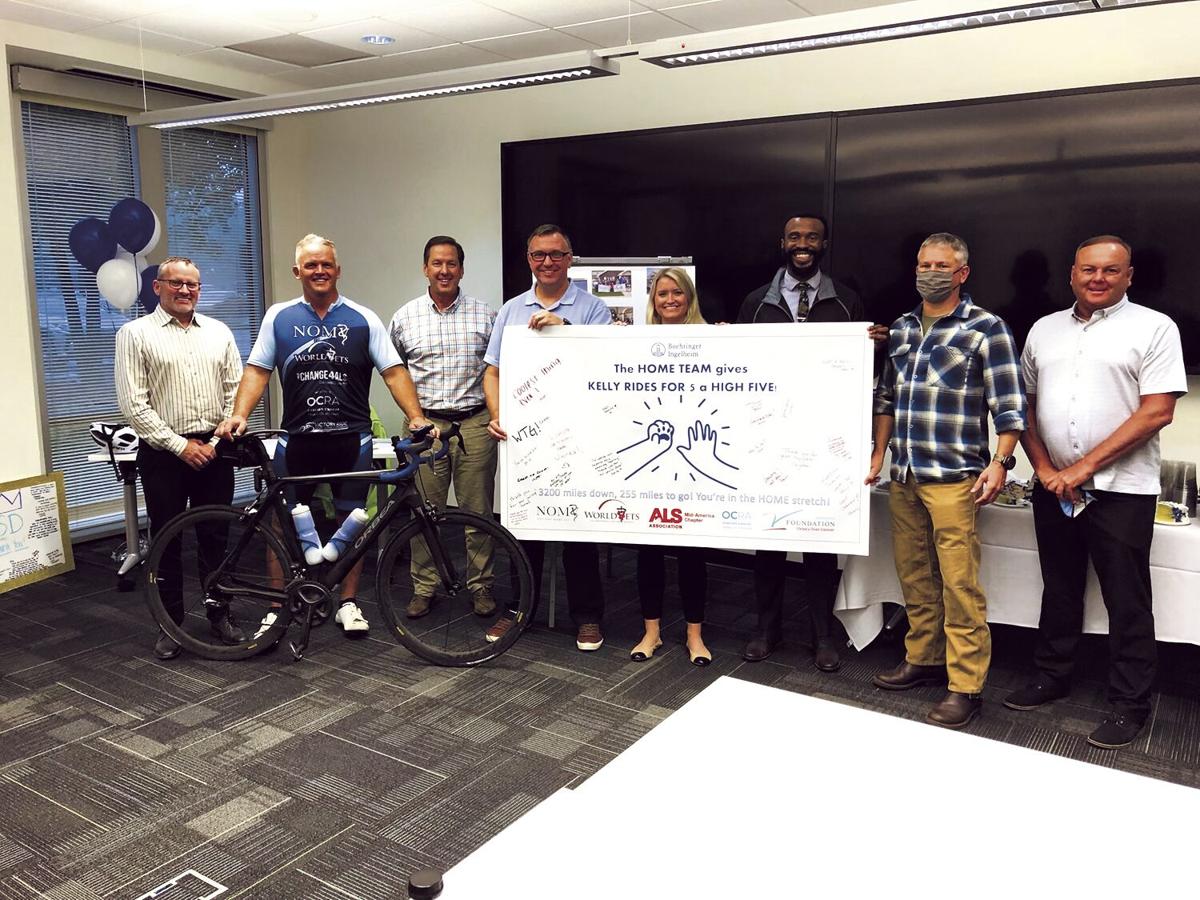 Kelly O'Keefe with staff from Boehringer-Ingleheim, a veterinary pharmaceutical company, at its Duluth, Ga, headquarters.

Kelly O'Keefe with staff from Boehringer-Ingleheim, a veterinary pharmaceutical company, at its Duluth, Ga, headquarters.

Kelly O’Keefe’s trek across the country has come to an end, after 10 weeks of cycling and visiting veterinarian clinics to raise awareness for a variety of charities.

“I took my unofficial first step in the ocean last night,” O’Keefe said Thursday. “I don’t know if it’s really sunk in yet. I still feel like it’s not officially over. And it feels weird to not be on a bicycle today.”

O’Keefe arrived in Savannah, Ga., Wednesday night, after a 104-mile trek from Swainsboro, located halfway between his final destination and Atlanta.

He was a week and a half ahead of schedule.

“I was on a cloud all day,” he said of the final leg to the East Coast. “I knew I had 100 miles to go on my final day and I kept a pace of 18 miles an hour. I had a couple blowouts with 10 miles to go, but I got into the surf just as a big storm was about to hit the shore.”

O’Keefe decided to take the cross-country ride for his wife Shelley, who was diagnosed with ovarian cancer earlier this year.

In the months leading up to his trip’s launch, O’Keefe decided to raise funds and awareness for four nonprofit organizations: Not one More Vet and World Vets — which are focused on veterinarian suicide prevention — as well as the ALS Association and the V Foundation for Cancer Research.

Brett has been a long-time supporter and fundraiser for the ALS Association, and the organization made O’Keefe’s meeting with him possible.

During the “Kelly Rides for 5” journey, O’Keefe said he visited about 50 veterinarian clinics. He was also able to meet his boyhood hero, Kansas City Royals All-Star third baseman George Brett, in Kansas City.

He said some of the hardest parts of the trip involved climbing in the Sierra Nevada, the Rocky Mountains and across the Continental Divide in Utah. While there was a lot of hard climbing, he said there was never really a hard day of work.

“It was really just riding and keeping my eye on the odometer,” he said. “The numbers kept getting smaller and I got more confident that I was going to reach my goal.”

O’Keefe said he doesn’t know exactly how much he raised for each non-profit, as they were all keeping track of donations individually. He said he should know the total in the coming days.