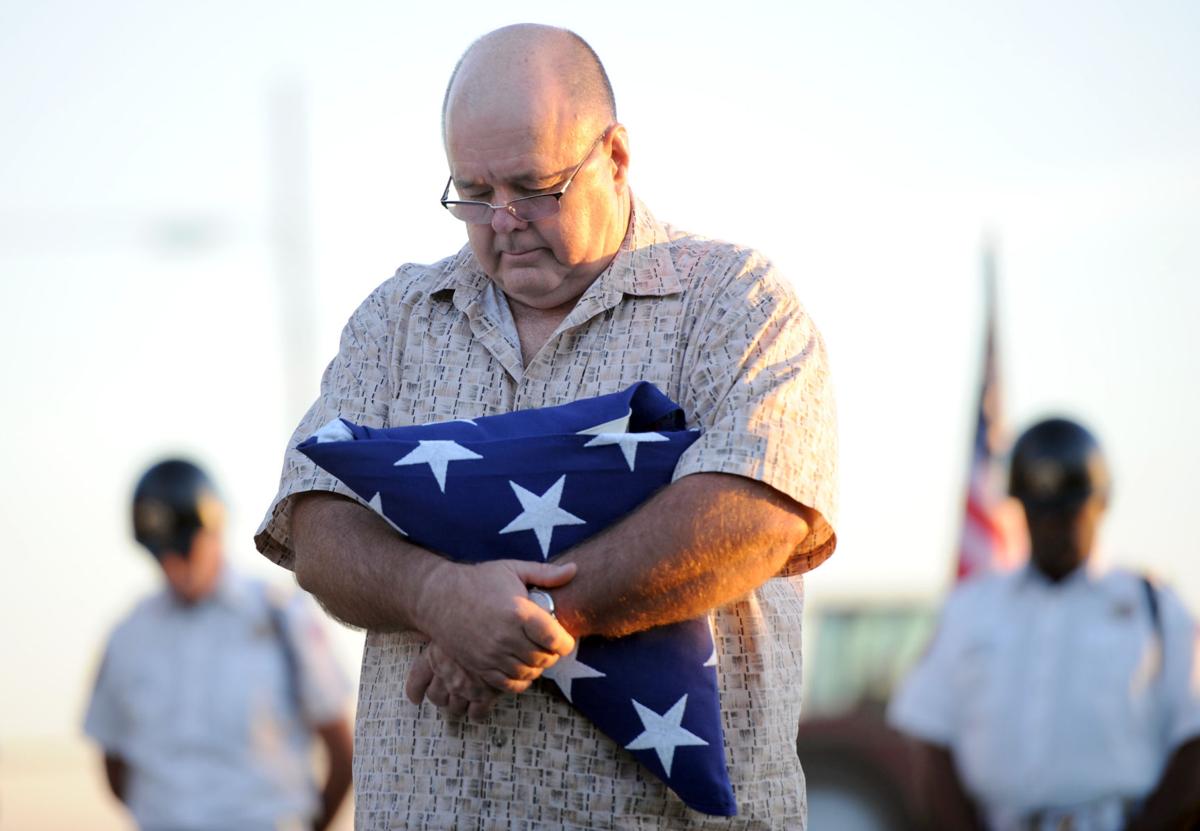 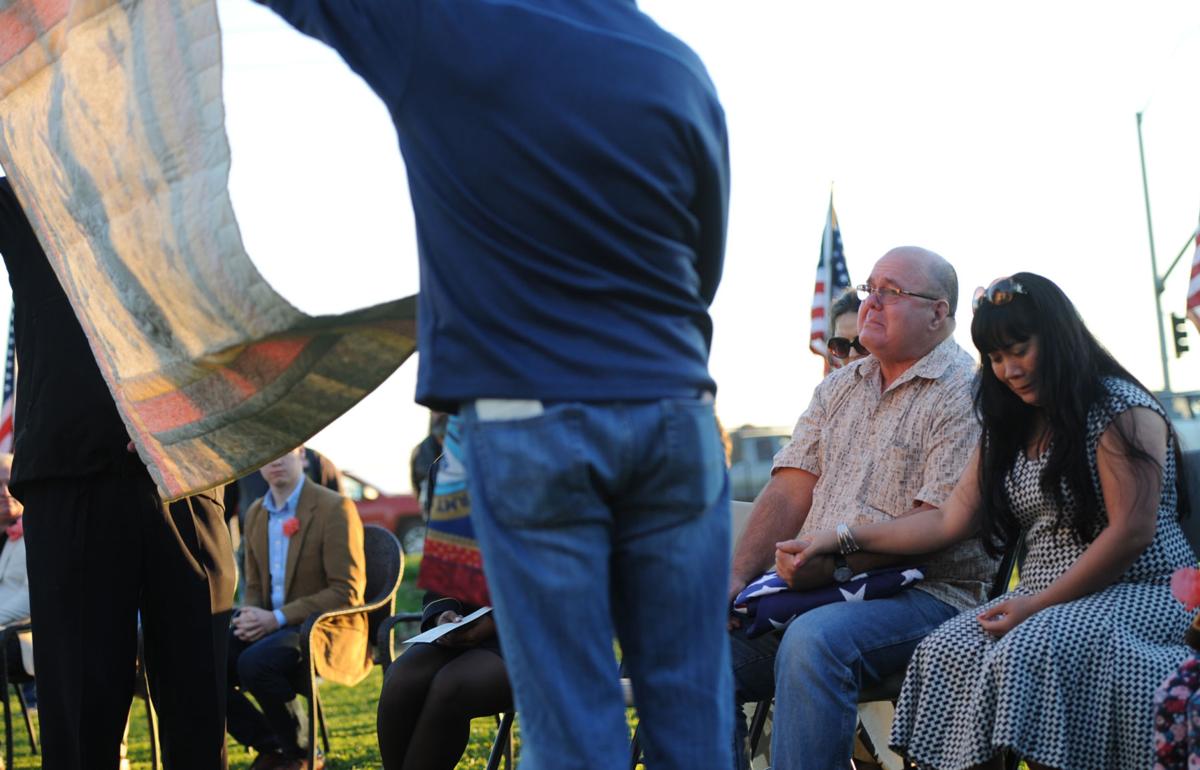 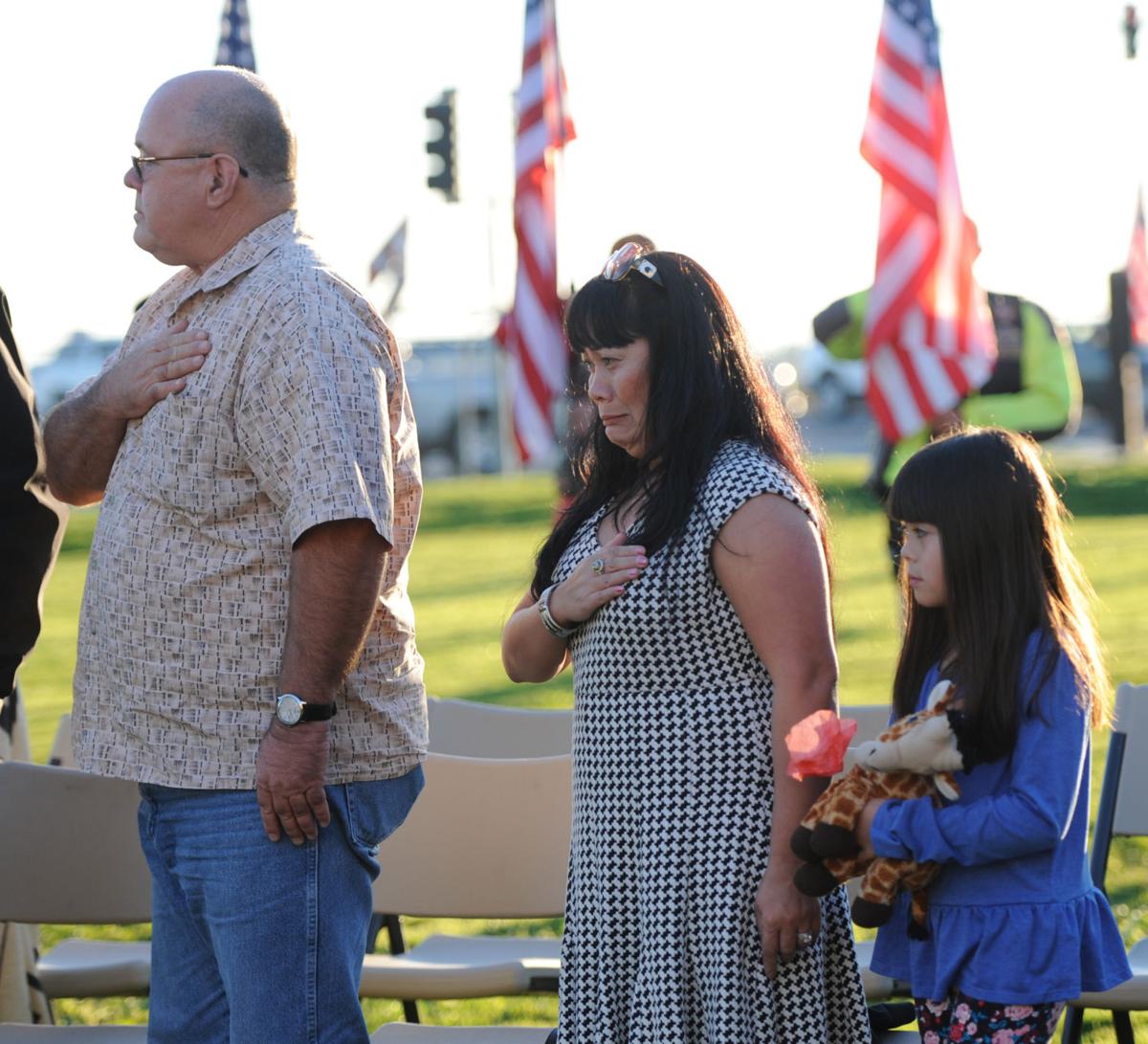 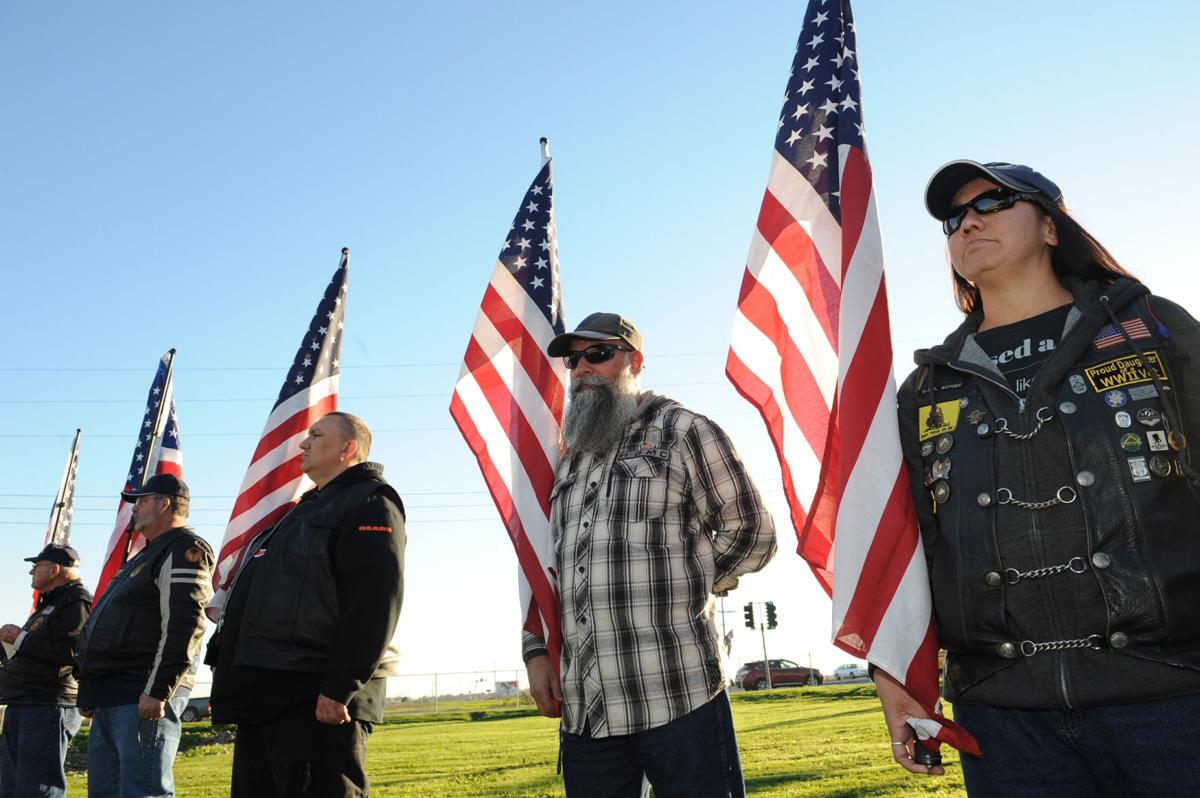 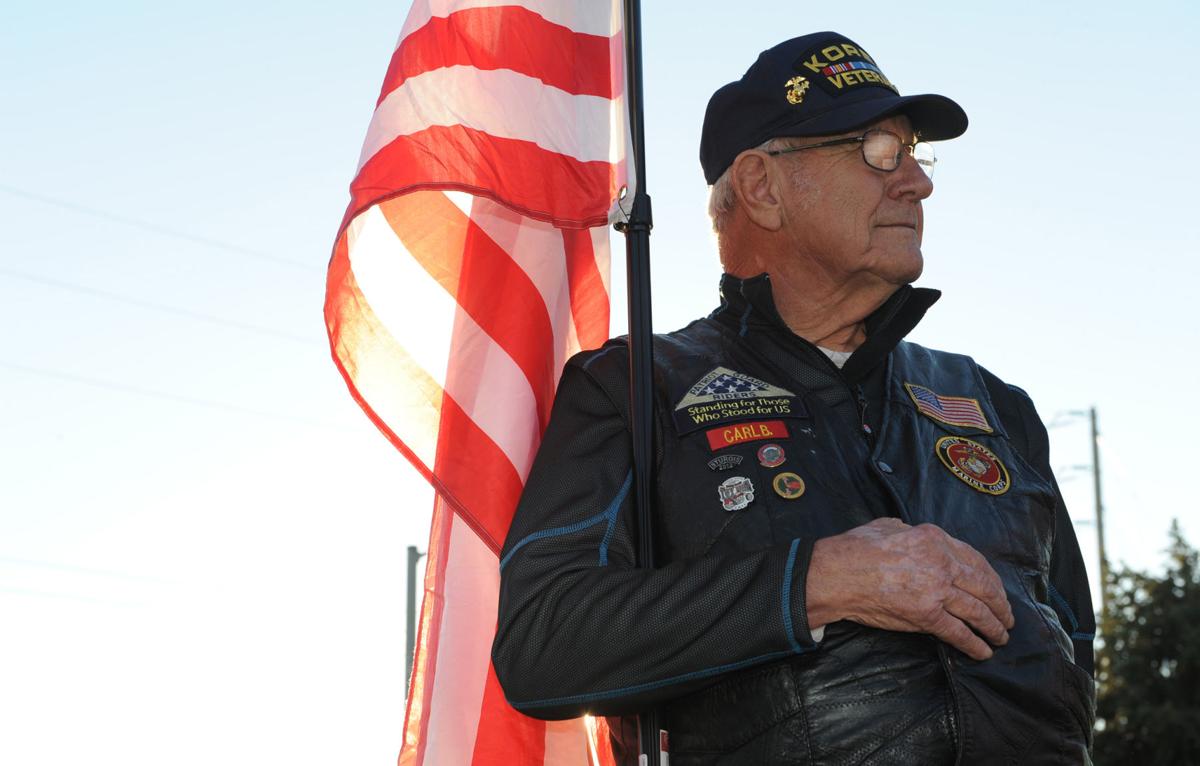 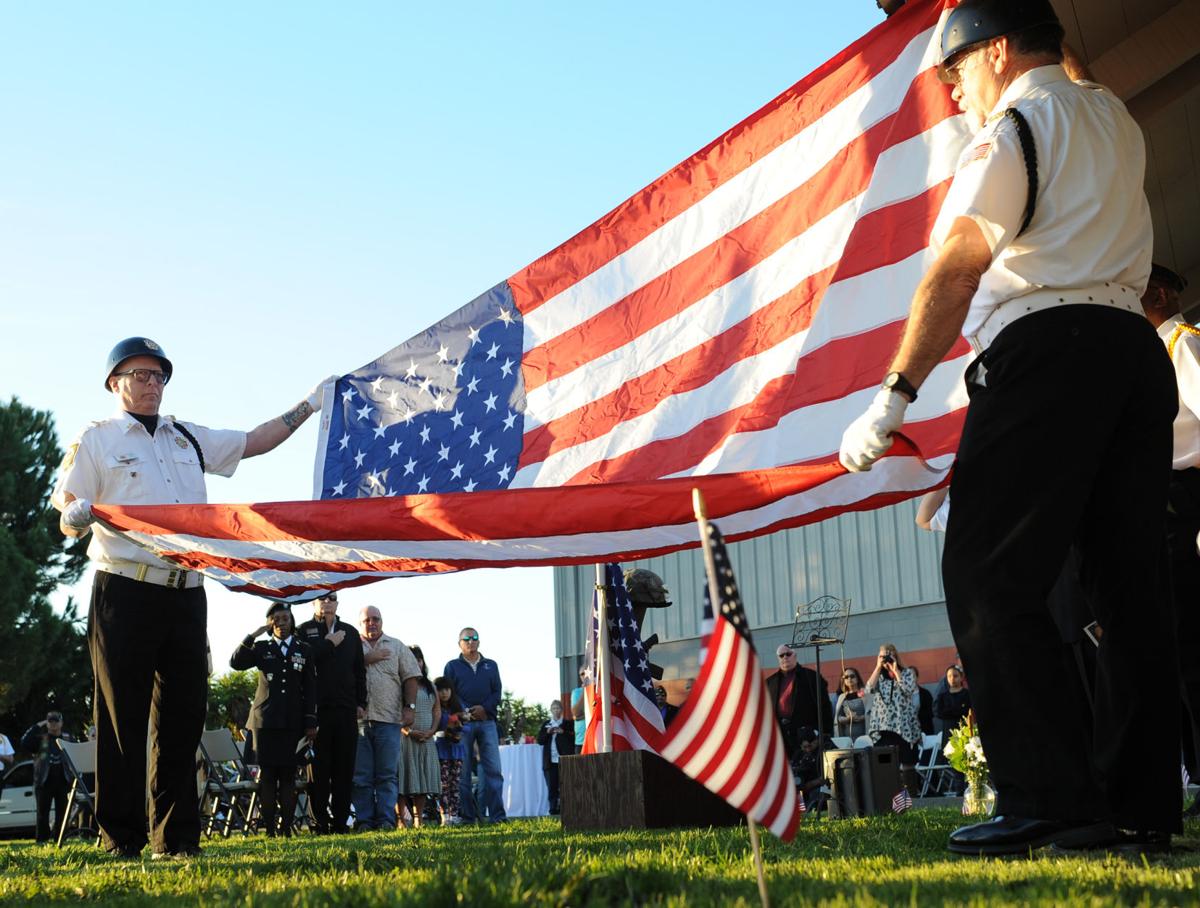 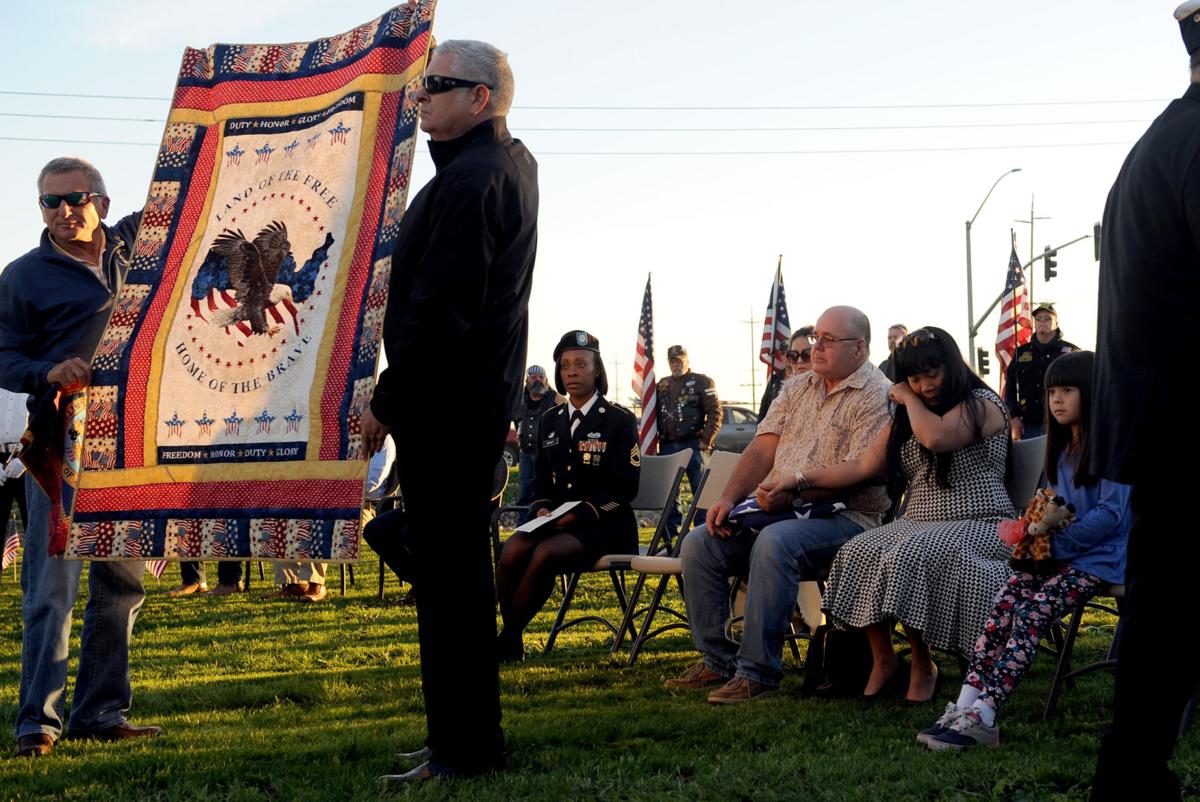 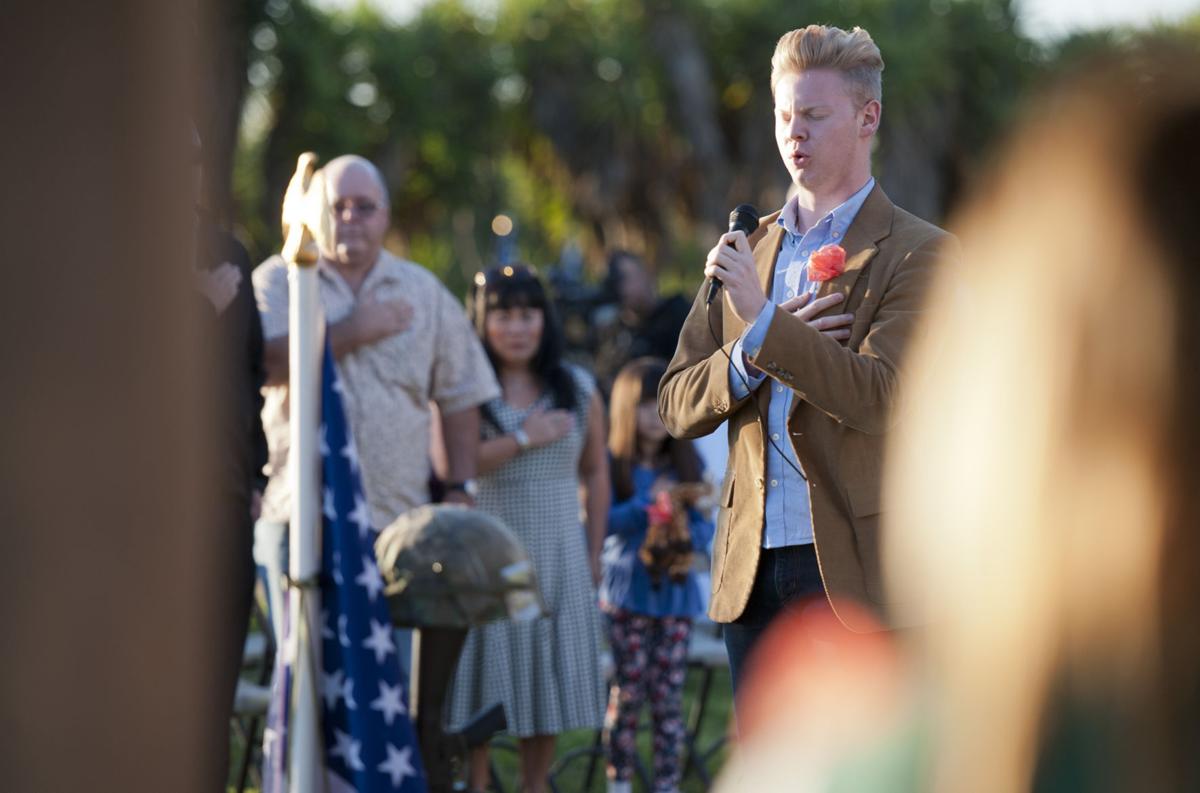 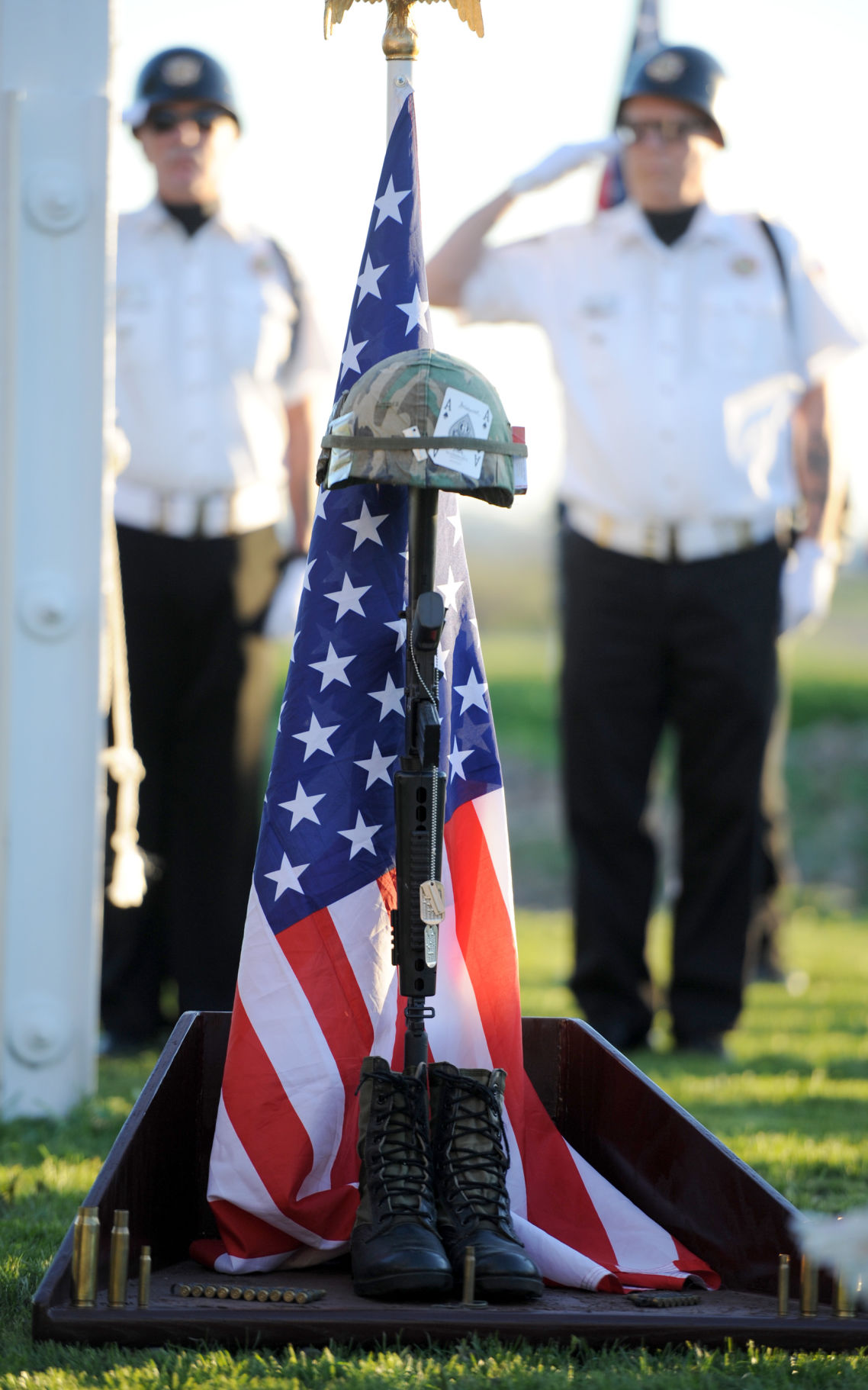 Veterans carried American flags in a row in remembrance of U.S. Army Sgt. John W. Perry of Stockton, who was killed in action in Afghanistan on Nov. 12. They honored his memory in a ceremony at One Stop Security and Technology in Lodi near Eight Mile Road and West Lane.

Centered in front of the guests was a display of Perry’s Army helmet, rifle and boots with an American flag.

Jeff Renison welcomed everyone to the lawn of the business asking guests to stand united in honor of veterans and those currently in the armed forces protecting the freedoms of this country.

“Most of all we stand united in honor of those who paid with their lives,” he said. “They will never be forgotten.”

The old flag that flew on that corner was taken down and replaced with a new one before it was brought down to half-staff. A bugler played a solemn taps as veterans saluted and civilians placed their hands over their hearts.

Several veterans folded a special American flag for the Perry’s father, Stewart. He was also presented with a handmade quilt by two other Gold Star fathers.

Stewart Perry told guests that the flag should be respected for ceremonies such as these and not stepped on or burned. He shared a few words about how his son died.

On Nov. 12, the 30-year-old was putting together a 5K run in honor of Veterans Day when the group noticed a suicide bomber hunkered down nearby. The bomber stood up and detonated his vest early. The explosion at the Bagram Airfield killed two soldiers, including John Perry, and two U.S. contractors. Several others were wounded.

John Perry is considered a hero. He was found with his body shielding a female soldier, who survived the blast, Stewart Perry said.

“By the grace of God, my son didn’t suffer in death. His colonel was with him for his last breath and said his facial expression was one of grace and dignity,” his father said.

Guests soon visited a table with photos of John Perry during happier times with family, his wife Julia and two kids Gavin and Lena. He was photographed with a beloved pet African grey parrot. A copy of his Bible rested close by a letter he had written to his younger sister Anita, talking about a book he picked out her her.

His stepmother Claire Perry remembers him as a goofy guy who surfed, was involved in snow sports and played guitar. He was a good brother and a loving husband.

Renison left guests with a message to consider.

“Every time you see a veteran, thank them,” he said. “When you see a flag, think of something positive.”