More than 100 people showed up for the Coastal Cleanup Day last Saturday at Lodi Lake. The group picked up 166 pounds of trash and debris along Lodi Lake. 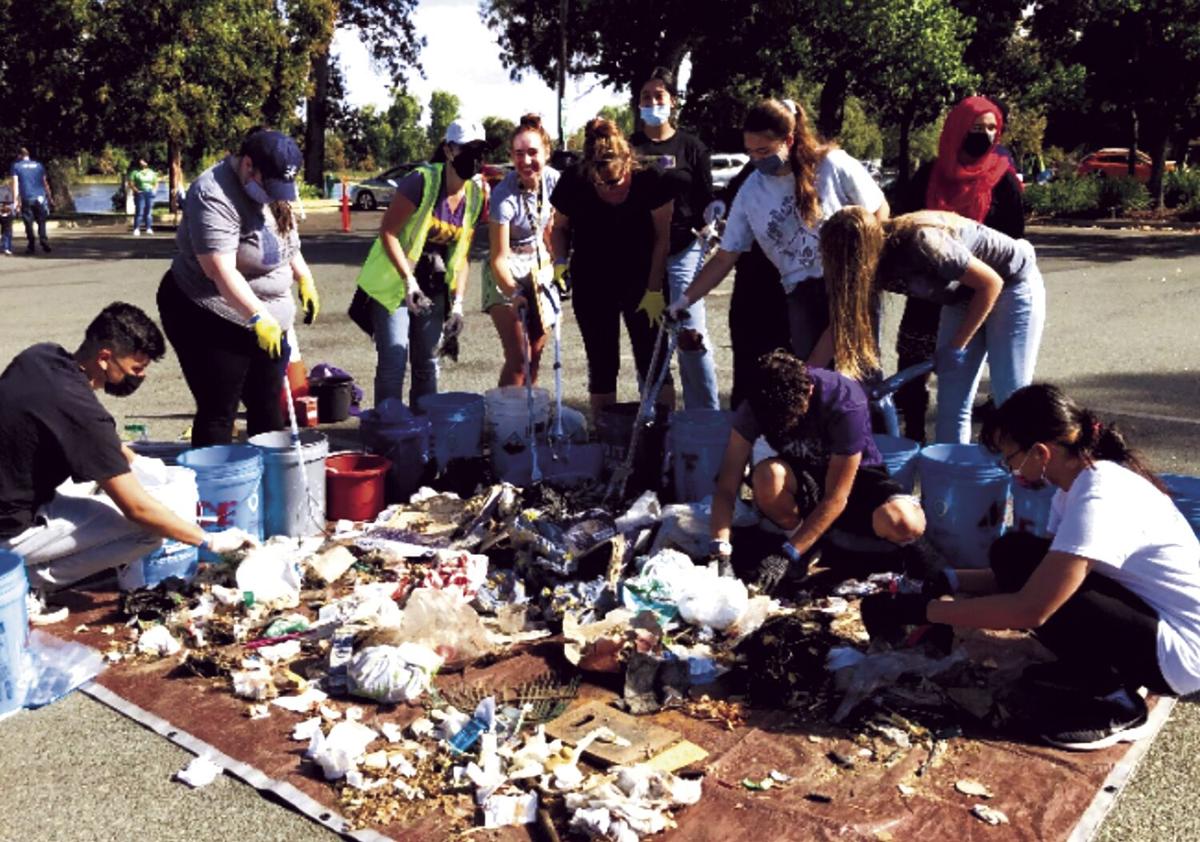 More than 100 people showed up for the Coastal Cleanup Day last Saturday at Lodi Lake. The group picked up 166 pounds of trash and debris along Lodi Lake.

The COVID-19 pandemic canceled last year’s in-person Coastal Cleanup Day at Lodi Lake, but the event’s absence did not deter more than 100 Lodians from signing up for its return last weekend.

Between 9 a.m. and noon, volunteers formed 10 groups and combed all 114 areas of the lake. Volunteers included students from Tokay High and Joe Serna schools.

The Starbucks on Ham Lane sent coffee over, and even had some of its employees help out with trash collection, Grant said.

They ended up collecting 166 pounds of trash and debris in 40 bags, she said, of which 108 pounds consisted of light-weight plastic waste that would be headed for the landfill.

The remaining 58 pounds was recyclable material, she said.

Each year there is typically one unusual item found during the cleanup, but this year Grant said there were several, including a 10k gold chain and eight collector comic books.

Also found was an old pair of jumper cables, a paintball canister, a nail clipper, a toy tractor, underwear, six unmatched shoes, one plastic finger puppet, a bus ticket, an inhaler, a bottle of candy, and a heating device.

“It was an orderly event with no problems at all,” Grant said. “The weather was perfect, it wasn’t hot. Most of the volunteers were students there for extra credit. It’s really the school and teachers that make this event successful.”

A total of 304 volunteers collected 3,033 pounds of trash in 260 bags along 16 miles of land. Another 325 pounds of debris was recyclable, according to the county.

The most unusual items found at other locations included the hood of a car, a tricycle, a car windshield, a car door and a gaming console, the county said.

Eben Schwartz, the Marine Debris Program Manager for the California Coastal Commission, said the most unusual item found this year was a a full-size model of an alligator head in Berkeley.

The City of Lodi participates in the Coastal Cleanup and other cleanup events as part of the National Pollutant Discharge Elimination System Permit requirements.