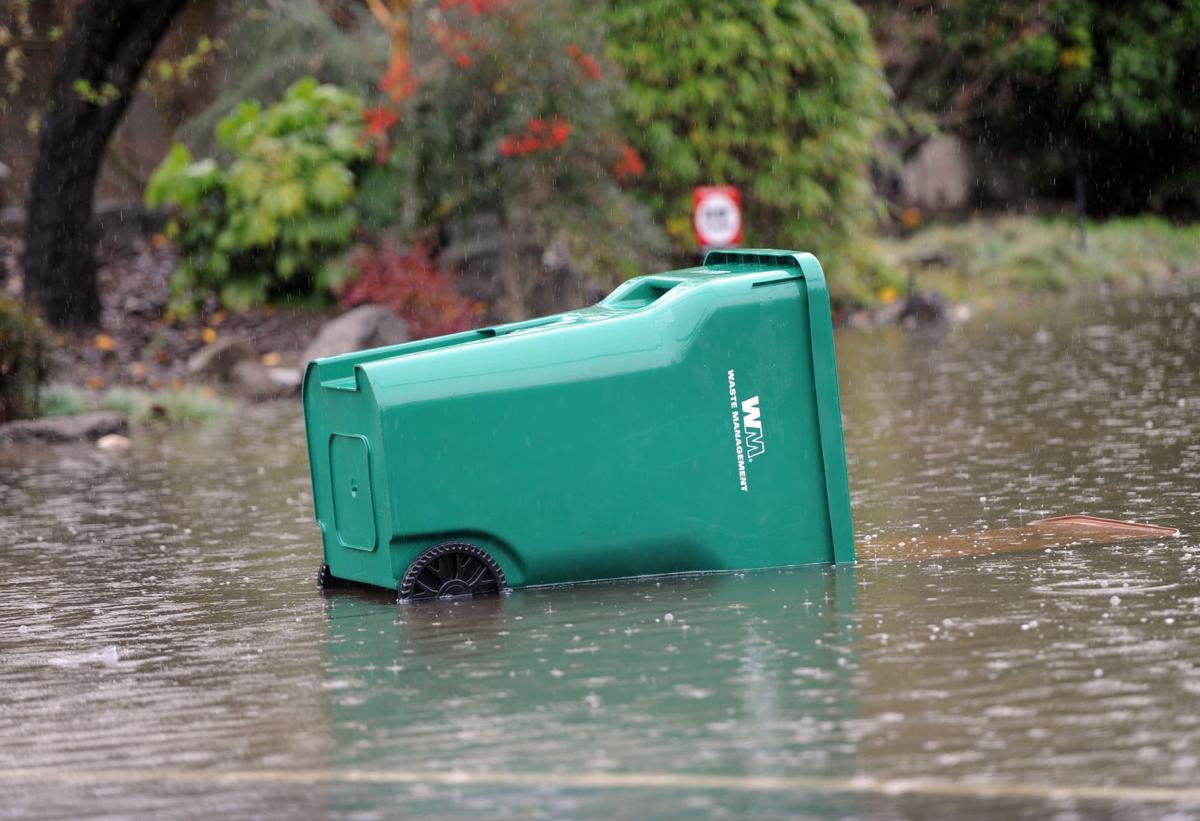 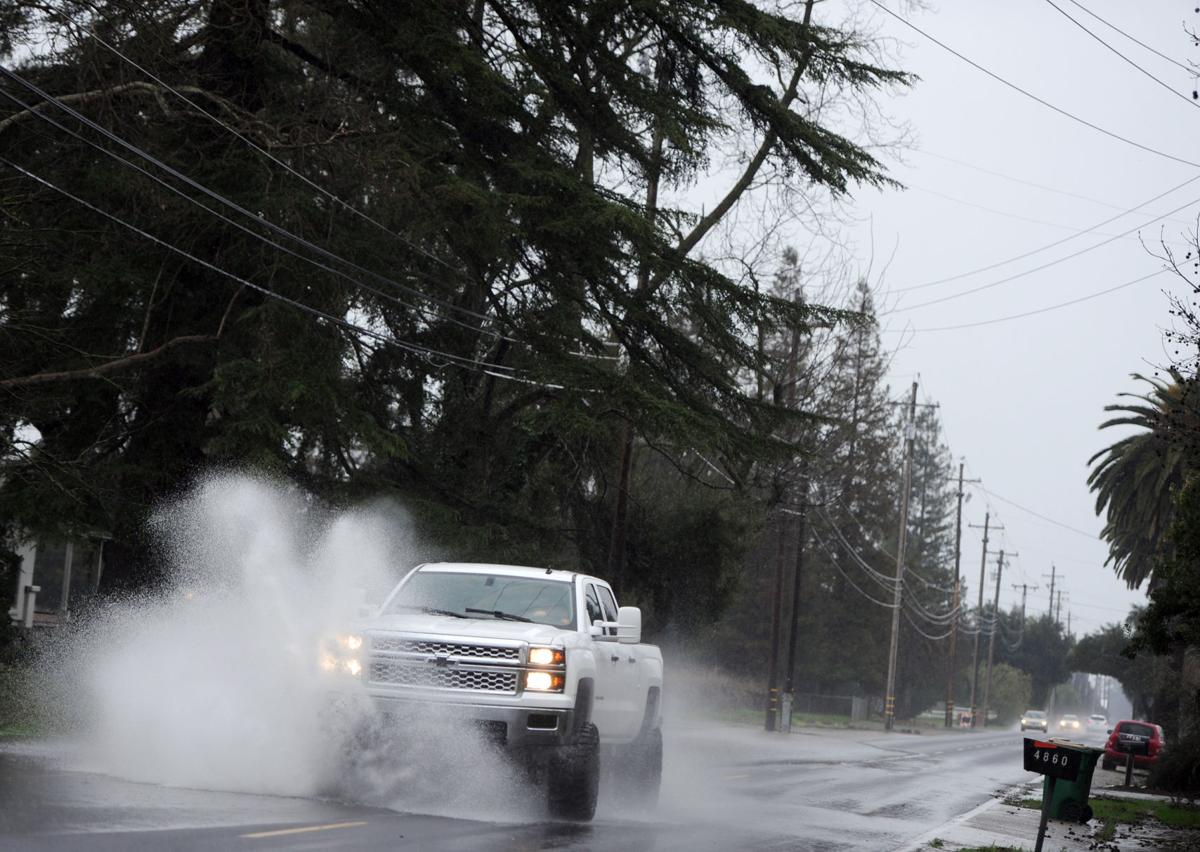 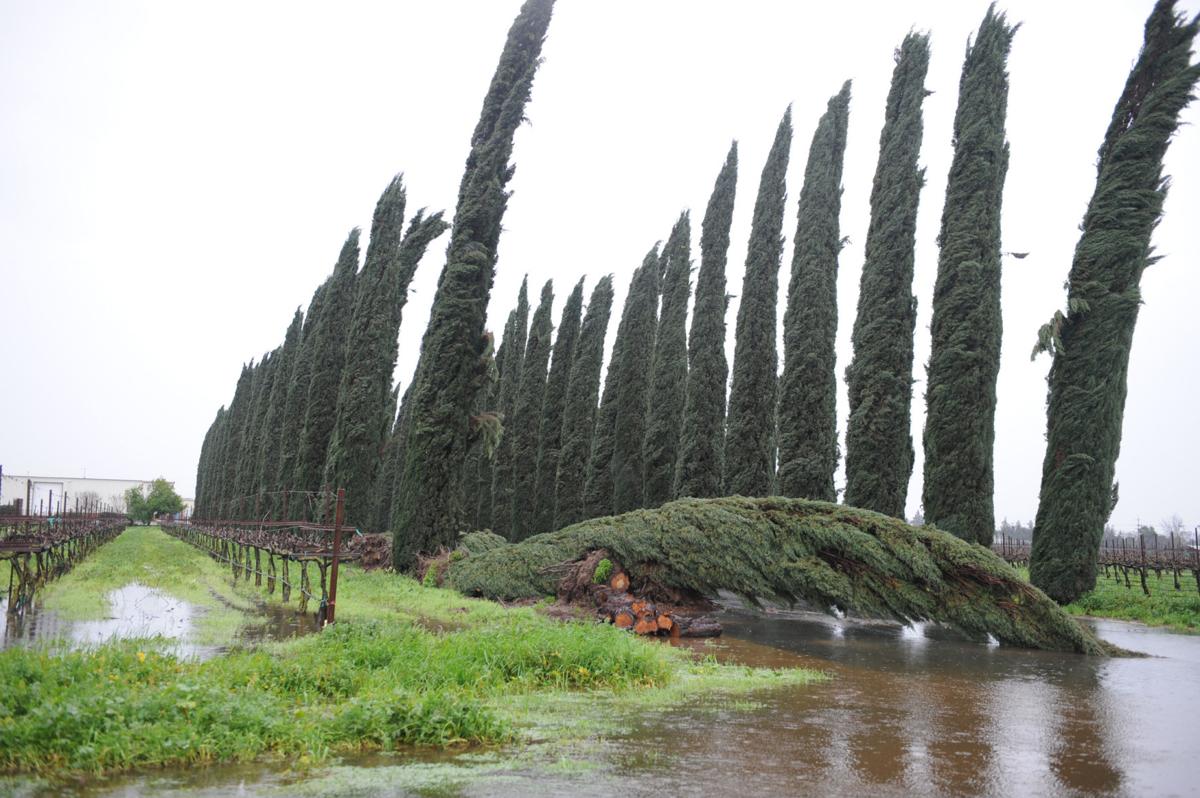 BEA AHBECK/NEWS-SENTINEL A tree is down in a driveway along Acampo Rd in Acampo Thursday, Feb. 9, 2017. 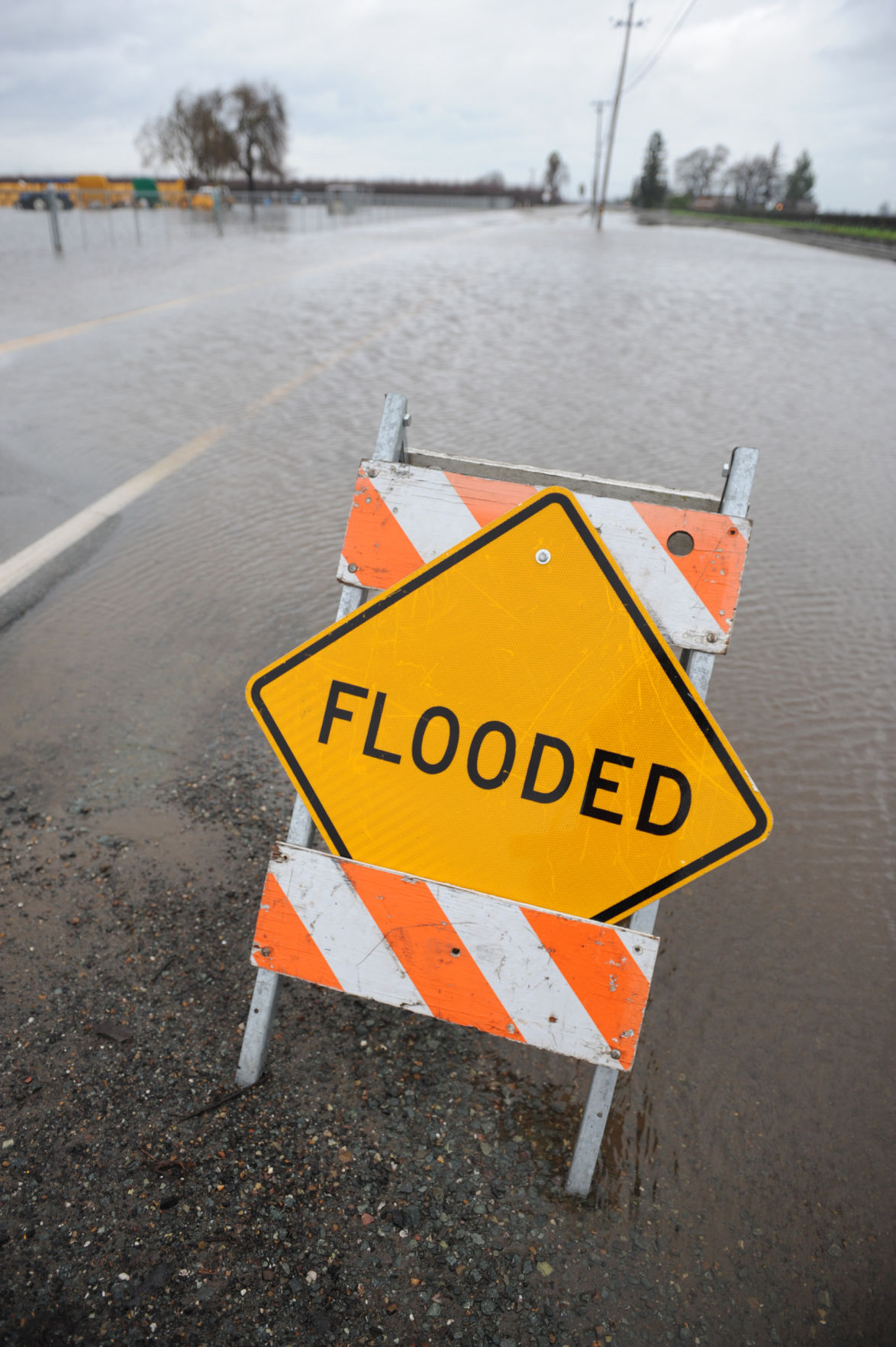 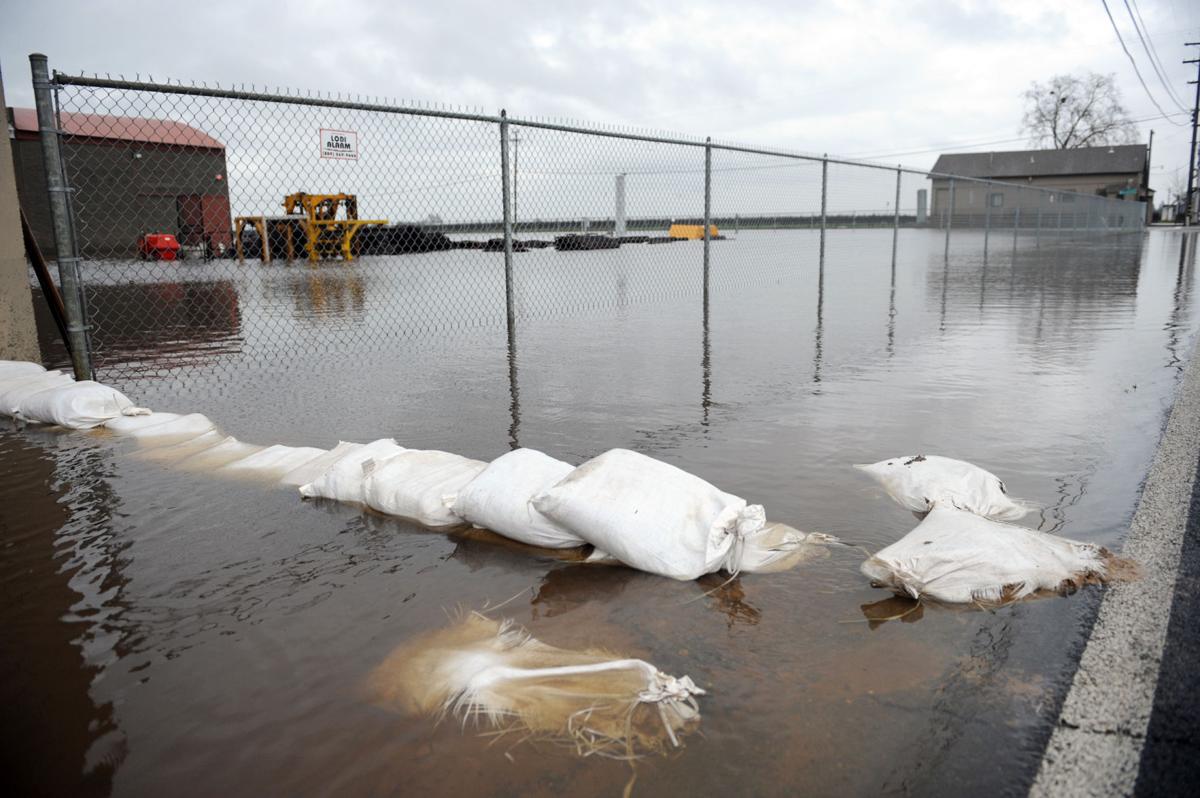 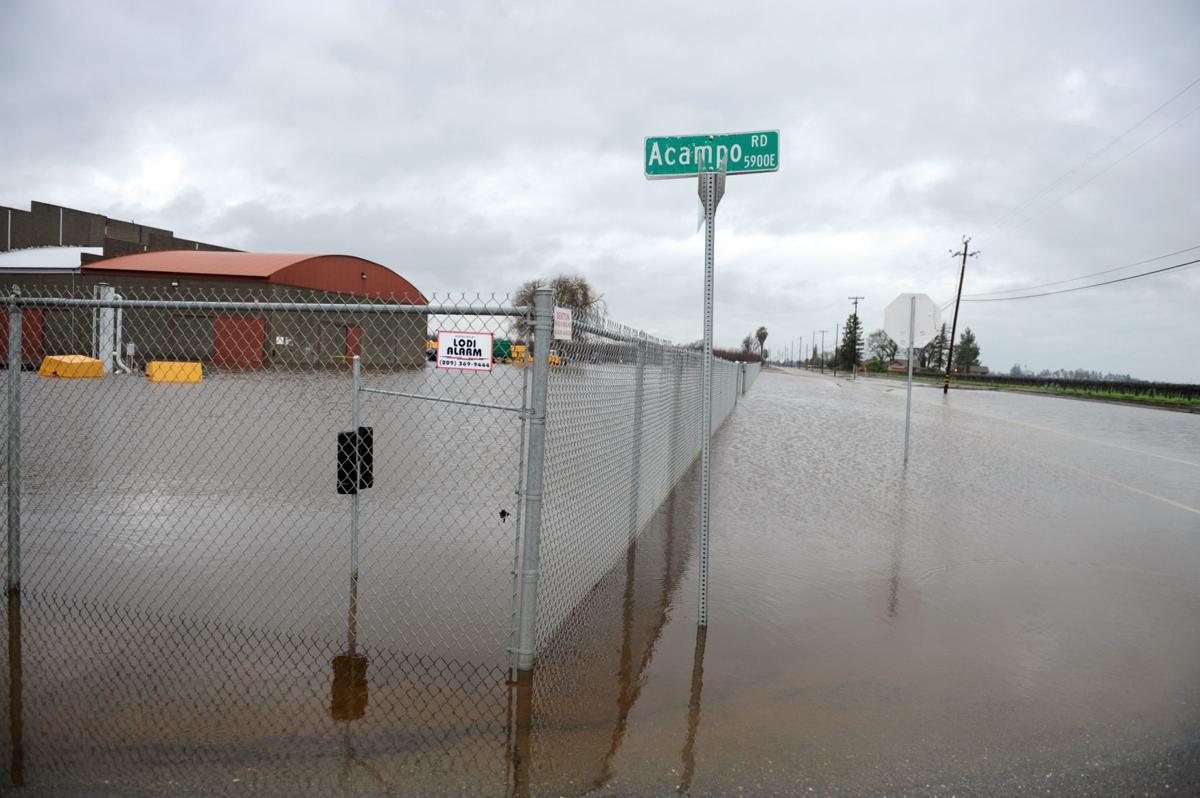 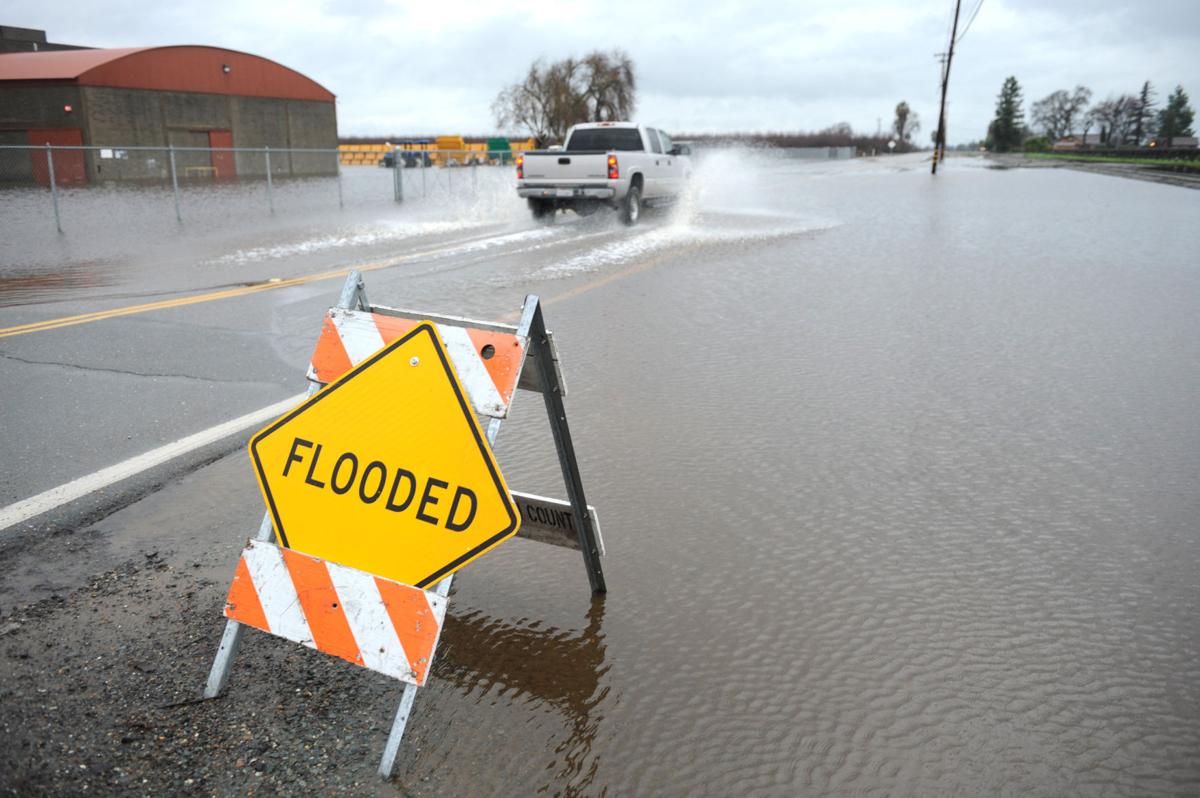 BEA AHBECK/NEWS-SENTINEL A tree is down in a driveway along Acampo Rd in Acampo Thursday, Feb. 9, 2017.

It’s raining. Again. Although Mother Nature seems to have spared the Lodi area the worst of what was wrought in January, there is still a potential for flooding through Saturday morning.

That warning was issued on Thursday morning and will remain in effect through Saturday at 9:15 a.m. A warning means that flooding is likely to happen either with localized street ponding or flooding or due to rising streams and rivers.

The worst of the rains may have passed on Thursday. However, there is a possibility for showers to pop up today with some chance of thunderstorms, according to Dave Houk, senior meteorologist with Accuweather.com, a private forecasting service.

As we move towards the weekend, the forecast suggests that a high pressure system will be moving in behind this storm system from the Pacific Ocean, Houk said. This will create a nice five-day period of dry weather to give you a break from the winter blues.

The break is expected to be short-lived as Wednesday may bring more rain, he said.

Although there isn’t much rain left in the near forecast, the more pressing concern is how this warmer storm will affect run-off from the Sierra causing concern for potential flooding, he said.

San Joaquin County Office of Emergency Services is watching the skies, but so far has not had any major incidents to contend with in the county these past few days.

According to Virginia Rich, emergency planner at San Joaquin County OES, the local reclamation districts are working hard in reinforcing local levees, some of which were damaged in previous bouts of stormy weather. They are also monitoring area levels to help triage any issues with wind, high waters or debris coming down the waterways.

In Lodi, Public Works had not dealt with any major issues as a result of the storm due to an increased effort to remove leaves from gutters, according to Lodi Public Works Director Charlie Swimley.

“The intensity of storms has been fairly moderate. As long as we don’t get huge downpours, the pipes can manage the water just fine,” he said.

Sandbagging operations were being held in Thornton, a low-lying area prone to flooding, at New Hope Road and the Mokelumne River.

Rich also warns locals to be aware of the potential for downed trees and power lines in storms like we’ve been experiencing this year. She also asks that people pay attention to the barricades that warn of flooding in the area.

“Turn around, don’t drown. It only takes two feet of moving water to move a vehicle,” Rich said.

In case of emergency, make sure phones are charged and, if needed, sandbags are prepared if you live in areas where flooding is common. A list of vendors is available on the San Joaquin County Office of Emergency Services website at www.sjgov.org/oes/ sandbags_sand.pdf. Rich notes that some of these locations have sold out but will be expecting more shipments in soon.

Looking to our local reservoirs, as of Wednesday at midnight Camanche Reservoir was at 70 percent capacity with flows coming down the Mokelumne River at 3,498 cubic feet per second, although the flows were expected to increase to approximately 4,500 cfs or even 5,000 cfs, according to Andy Christensen, manager at Woodbridge Irrigation District. Pardee Reservoir is still spilling over into Camanche sitting at 104 percent capacity.

With these high rates of water flowing through the area, Christensen said that 5,000 is about all we can take without running into any issues.

“It’s a unique situation that we haven’t dealt with in a few years,” he said.