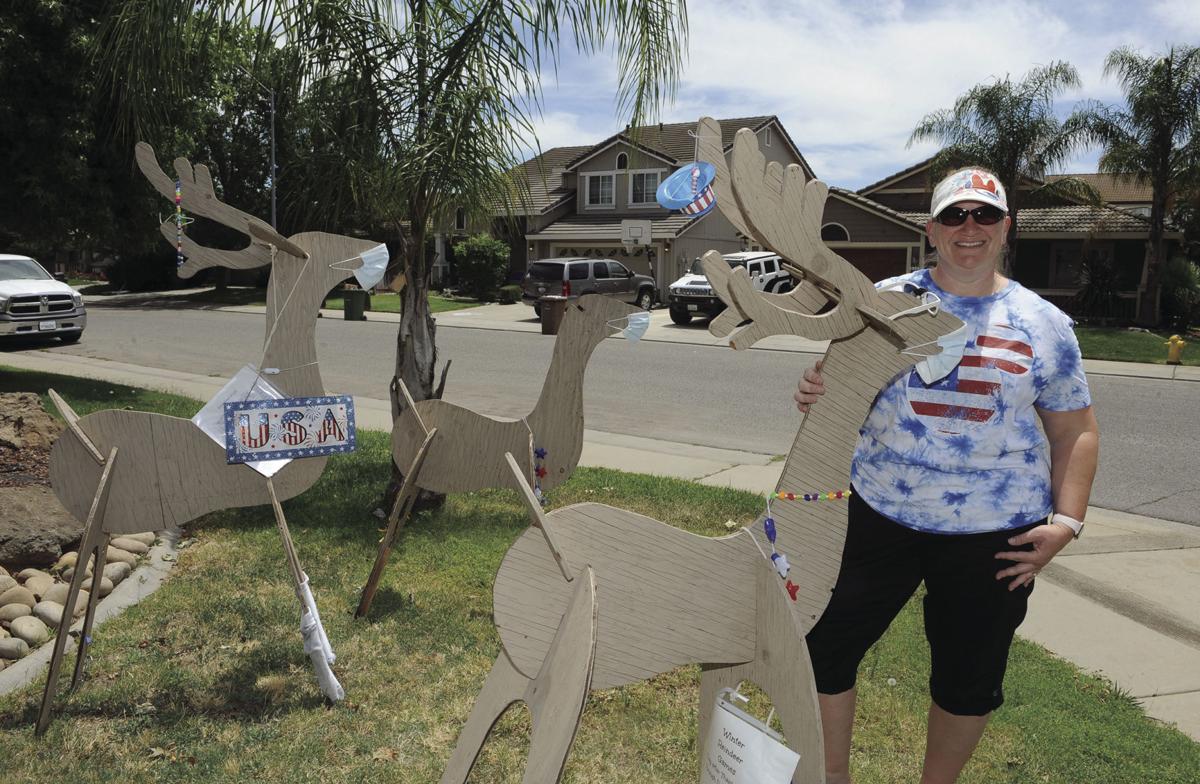 Nanci Johnston poses with the reindeer from the Summer Reindeer Games in Lodi on Wednesday, June 10, 2020. 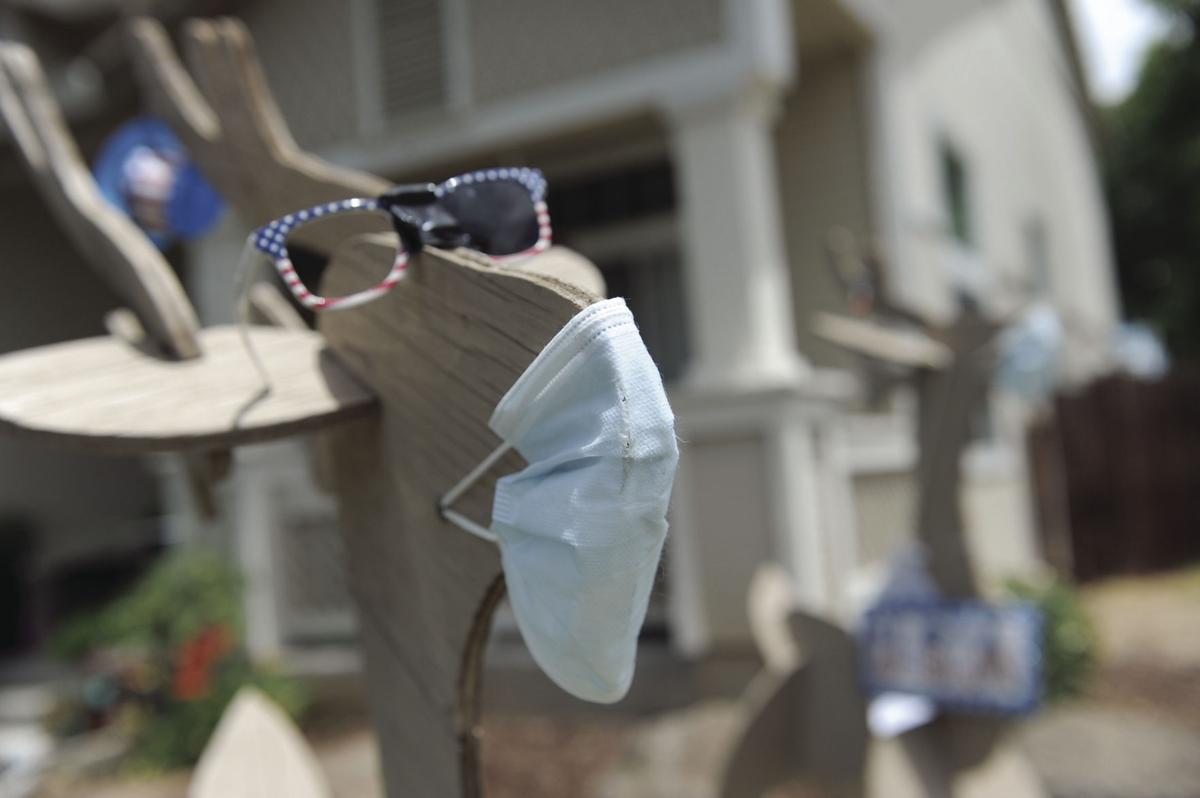 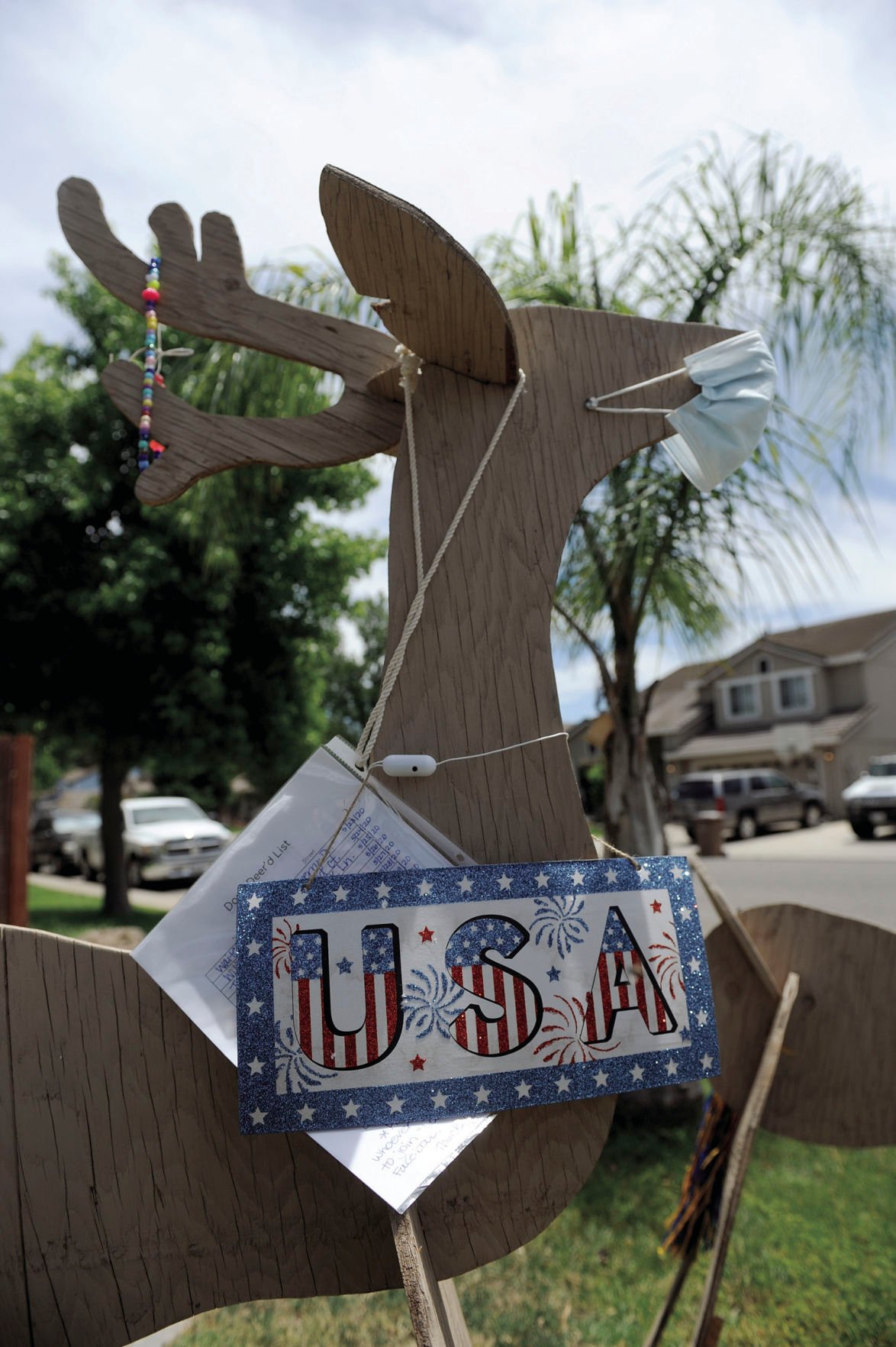 Nanci Johnston poses with the reindeer from the Summer Reindeer Games in Lodi on Wednesday, June 10, 2020.

Don’t expect to see Santa Claus anytime soon, but Lodi has had recent sightings of sneaky figures prancing around neighborhoods at night.

It’s not the big jolly fellow clad in red, but rather his friends, the reindeer. And if it behooves them, they may appear on your lawn when you least expect it.

“You wake up in the morning to a surprise,” local resident Nanci Johnston said of the Lodi Reindeer Games.

Back in December 2019, Johnston’s dad, Cliff Webber, was in a prolonged battle with cancer. His wife, Linda, who was also his caregiver, didn’t have the energy to decorate her home, so her daughter Nanci and her husband came over to lend a hand. While decorating Webber’s house, they came across three handmade plywood reindeer that stood about 5 feet tall. The decades-old figures were rugged looking, Linda said, and Nanci promised to get rid of them.

But instead of throwing them away, they thought it would be a fun joke to place them in a neighbor’s yard. And thus the Lodi Reindeer Games began. The games have rules and regulations. One shall not keep reindeer more than 24 hours, And once you’ve been “deered,” you can’t be deered again that season.

The deer prance around Lodi until Christmas Eve, the last day of winter season. The year’s final recipient of the deer gets to house the easily collapsible figures until the next season begins.

The games were dealt a series of setbacks earlier this year, with Cliff Webber’s cancer taking a turn for the worse and then the coronavirus striking in March. With Johnston’s focus on more important matters, her friend Jennifer Willis inquired about resurrecting the games in an effort to cheer Nanci up.

New rules were drafted and a Facebook page created. Once a family has been “deered,” they are added to the page so they can follow the reindeer across town. Each family is added to a list traveling with the herd so they are not accidentally re-gifted the reindeer. If you don’t want to or can’t participate, there is a phone number to call.

For the summer games, the reindeer were fitted with masks.

“So they are practicing proper social distancing!” Johnston laughed.

In addition to the masks, their temporary hosts have added to their outfits and at one point they had toilet paper rolls hanging from their antlers. “Someone must have needed them!” Lindsey Edwards said with a laugh. They had latex gloves on their hooves and a Tokay High pom pom.

The games have brought some much needed joy and relief during a difficult time for the Johnston and the Webber families. Cliff Webber passed away on May 22. On May 23, the reindeer pranced back into Lodi. It was a perfect tribute to her father, Johnston said.

“My dad is a huge jokester” Johnston said. “He had a joke for everything. It really gave my family something to follow, to help us through dealing with the passing of my father.”

“We thought it would be a neat way to honor his memory,” Willis said.

Posts were made in the Facebook group. Then Willis got a phone call informing her that the latest recipient didn’t want to participate. The deer were picked up and they are now out and about blessing lawns of families across Lodi, Johnston said.

The reindeer will continue to prance around town until July 4.

“It’s another way to bring the community together and put smiles on people’s faces,” Edwards said. “Nancy’s dad’s nickname was The Joker. He would be getting a huge hoot out of this, and it has given her mom some joy in these difficult times. What are the chances that something so simple as a wooden reindeer would bring so much joy? It’s something fun for her mom and something for her to hold on to.”