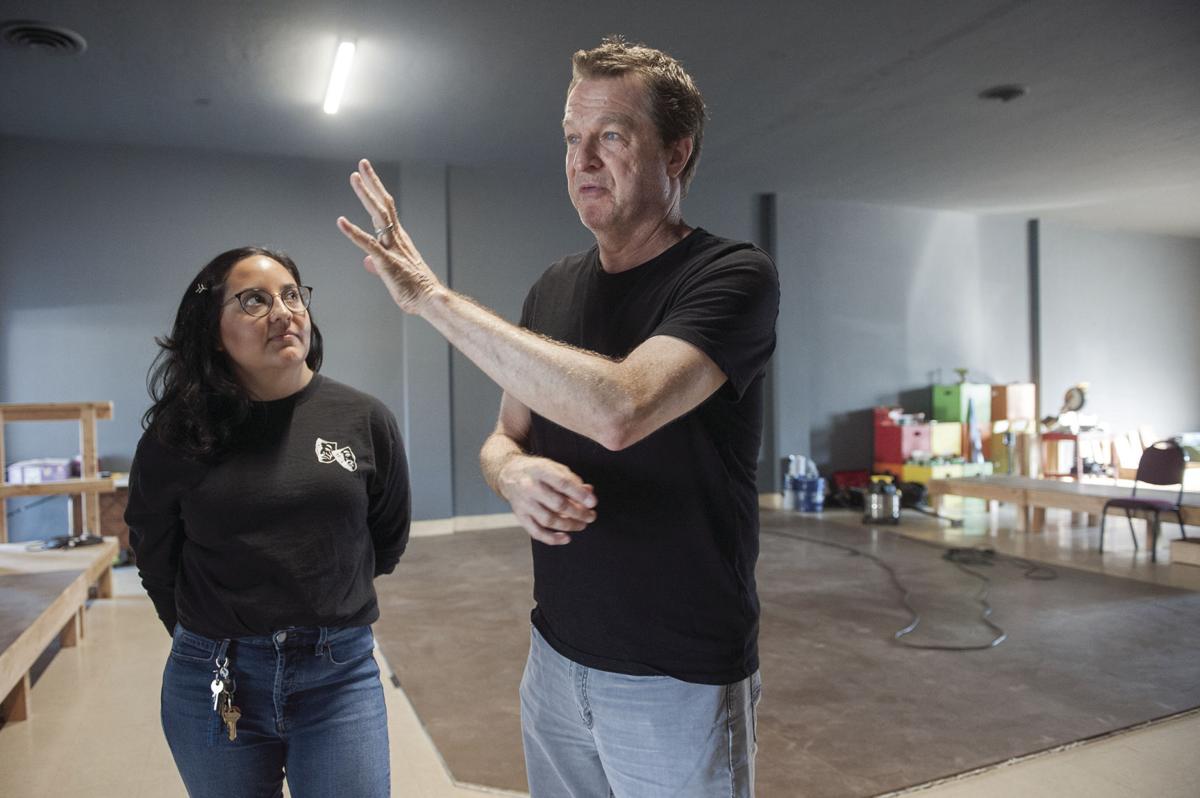 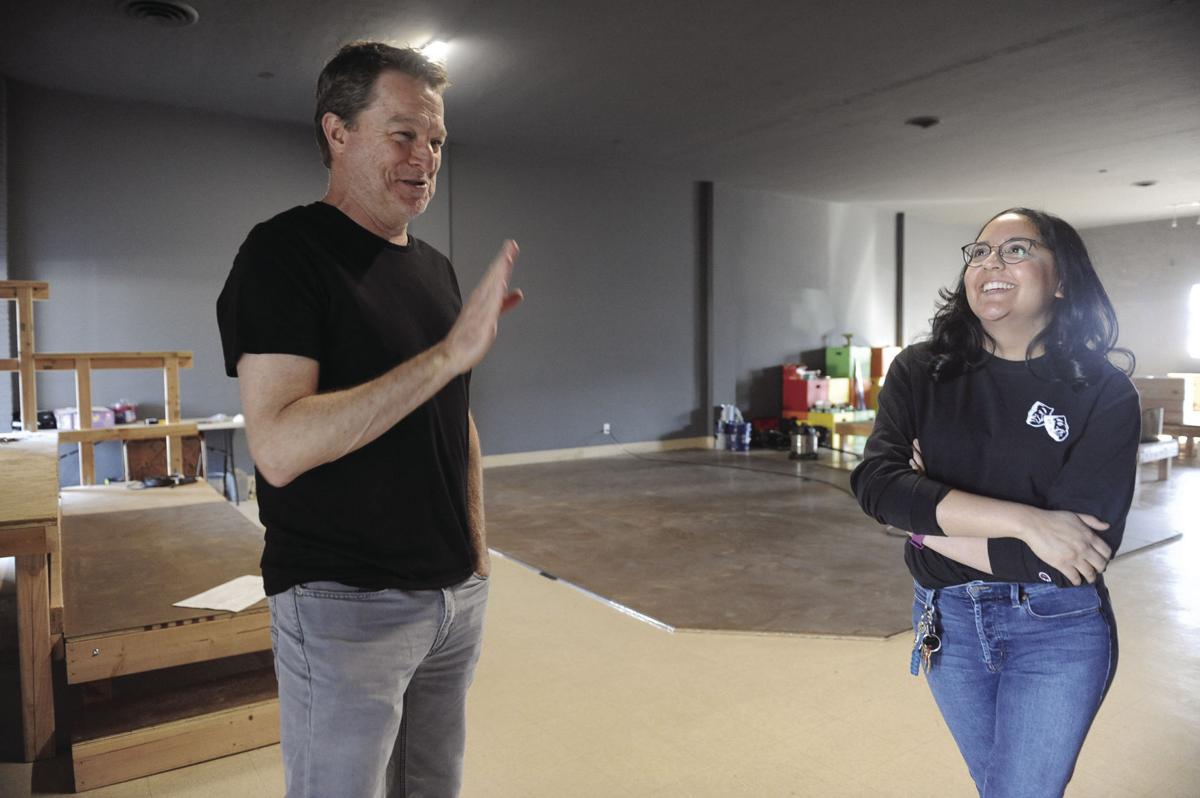 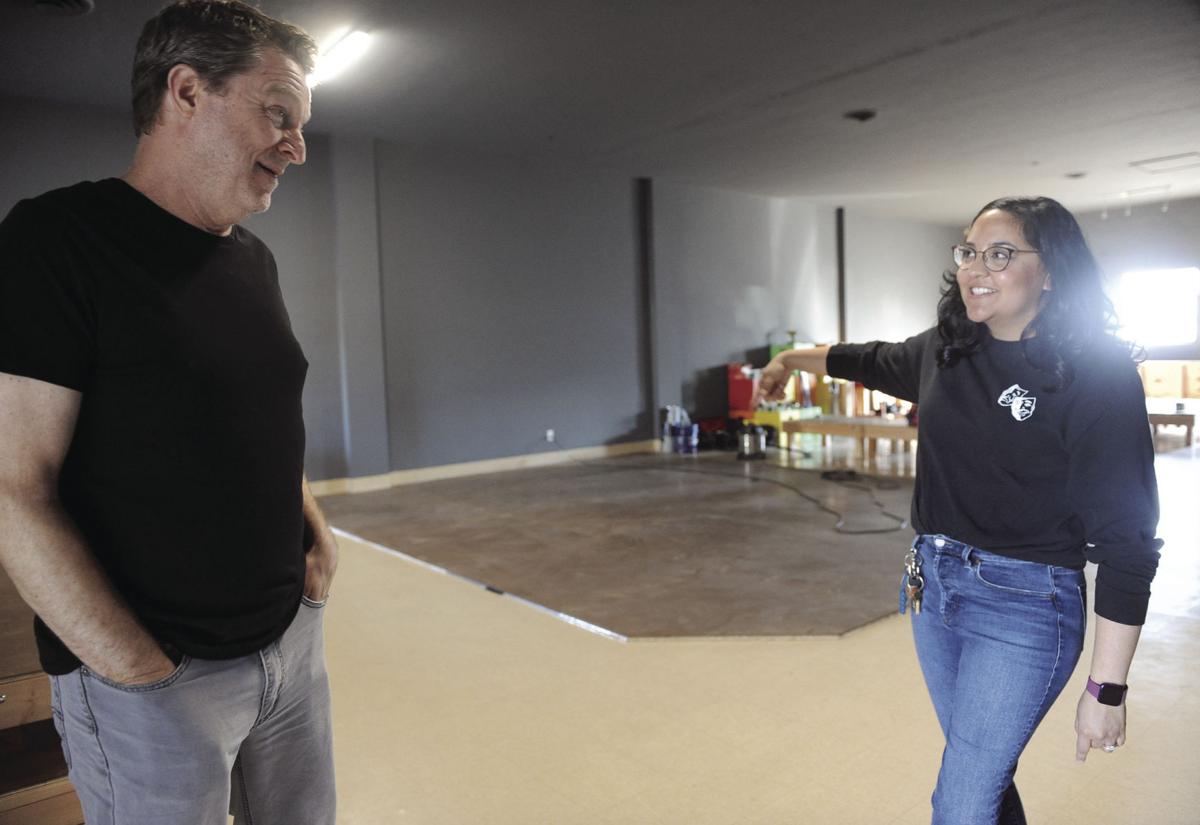 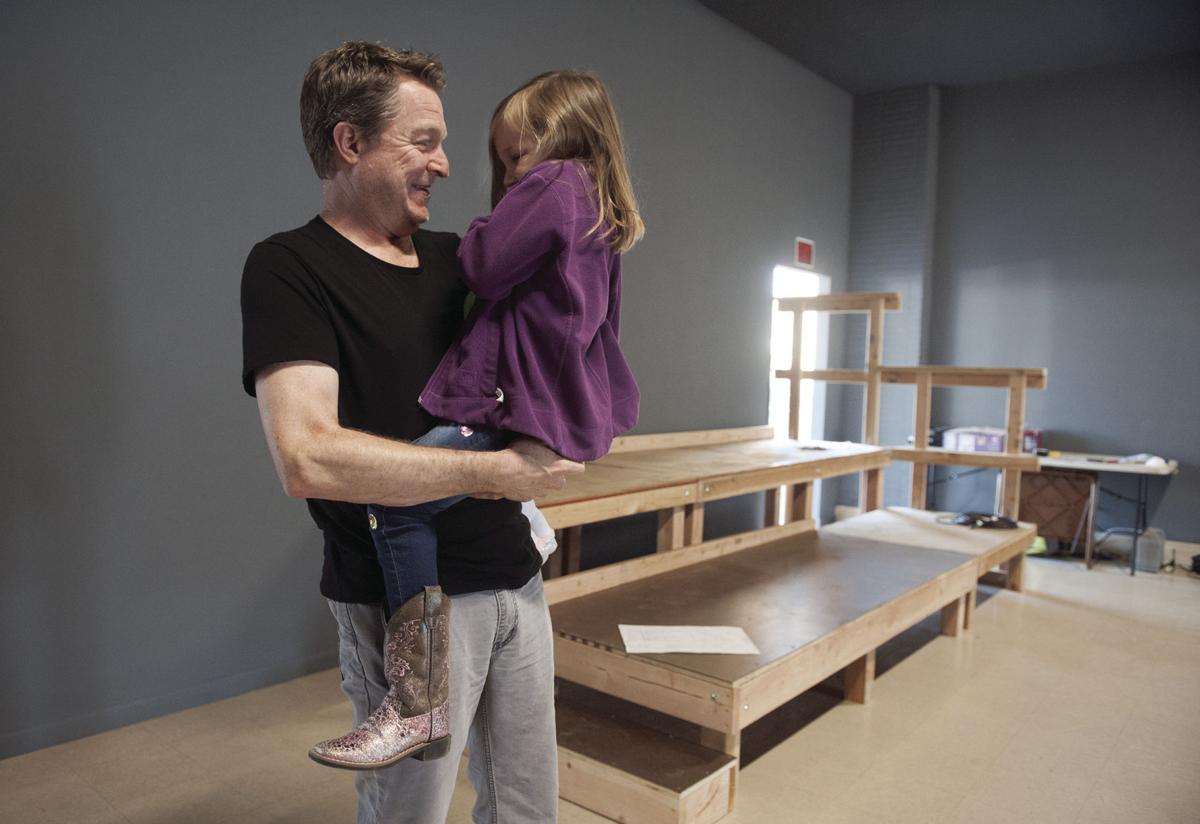 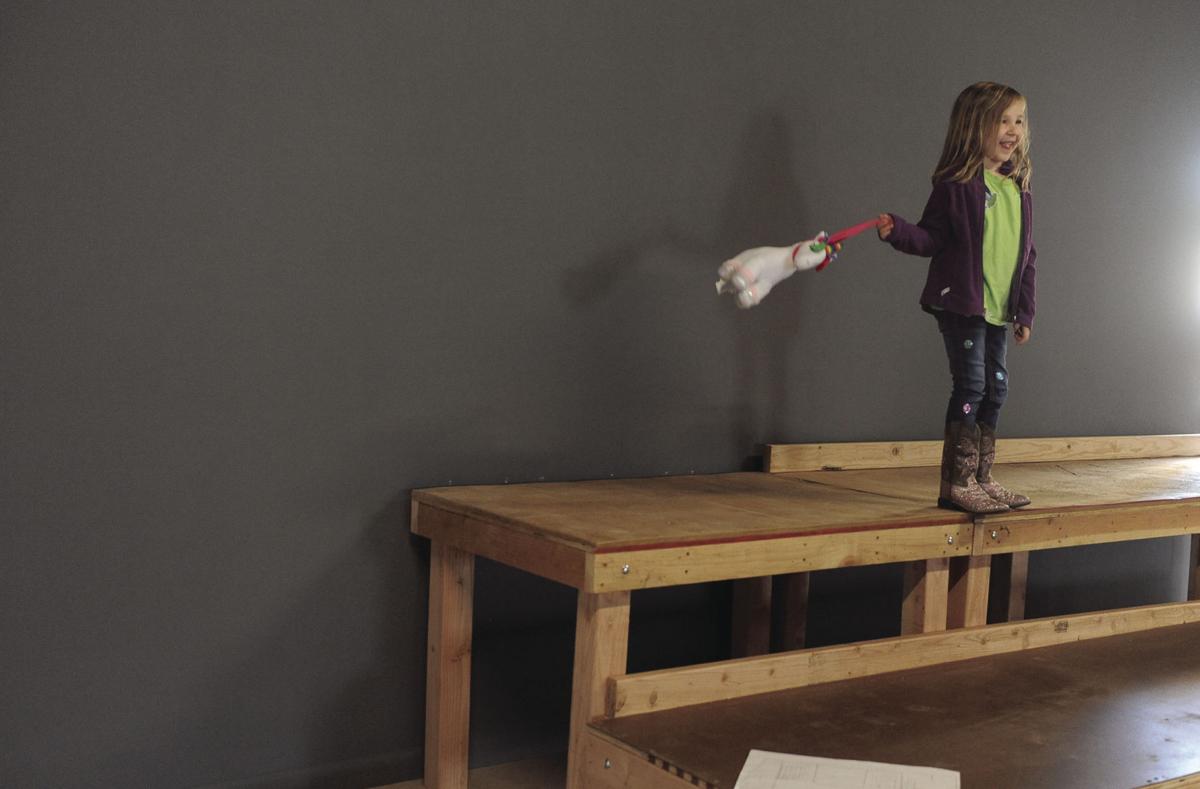 Inside Changing Faces Theater the scent of paint wafts through the room as a quiet, yet dismantled construction site is tucked into the corners of a newly designed black box theater, which has black walls and a black floor.

“We are building the risers for the audience to sit during performances. There is enough space for 60 seats,” Sabrina Willis-Bartram, Changing Faces Theater Company co-director and publicity manager said.

Willis-Bartram eagerly described what the (roughly) 2,000 square foot space theater would look like once it was completed.

“There will be a table in the front that will serve as our will-call, and during intermission, it will transform into a refreshment stall for people that want to buy snacks or drinks before the second set,” she said.

The thrust stage extends into the audience on three sides, allowing theatergoers to become part of the experience.

The prospect of finally having a permanent theater space has been long awaited and highly anticipated for her and her husband, Mike Bartram, who started Changing Faces Theater Company in 2002.

They are dedicated to introducing people of all ages to theater — from acting and screenwriting to coordinating a performance.

“There is so much for people to gain from the theater. It’s a place where you can be your true self,” Bartram said.

Over the years, the couple has led students through the drab summer heat reciting beautiful Shakespearean sonnets at Jessie’s Grove Winery.

“I will miss those days at Jessie’s Grove but it’s nice to have a space that we can use without having to worry about packing things away and cleaning up afterward,” Willis-Bartram said.

Since starting Changing Faces, the goal was always to find a place to inhabit and grow in, according to Bartram.

For the past 18 years, Changing Faces has been a nomadic summer-only program led by the couple and without a permanent space to occupy, the couple has carted sets and costumes from venue to venue.

However, after finding a Zumba fitness dance studio had become available for lease on West Lodi Avenue, the couple proceeded without hesitation, prepared to lay down roots.

“With the city’s zoning laws, it took us a long time to find a property that we could legally use, and now that we have one, it’s like a dream come true. We have waited for this for a long time,” Bartram said.

The couple has not wasted any time since finding the property nearly three weeks ago. They have diligently worked to create a year-long program.

“We want to have an inclusive space for people to act and perform. If there are local screenwriters that would like to present original scripts and have actors perform a read through, or perform one-person monologues, we would love to do that,” Bartram said.

The couple has discussed creating skit-based comedy shows, Shakespeare workshops, storytime theater — taking a children’s book and acting it out — for kids, directing a musical and bringing back Lodi’s Got Talent and the Senior Follies.

Willis-Bartram added that with a permanent theater they can now teach acting classes and costume design courses and they can create a traveling theater troupe that can perform on school campuses that do not have theater programs.

“We are also looking to expand our reach and provide a theater for more mature adult audiences, with more serious plays,” she said. “We already have our first production in motion, which is an interactive murder mystery that we plan to open with.”

The couple wants to complete the renovations and updates by March for the murder mystery, which will be the first fundraiser for the theater that will be catered by Zin Bistro, according to Willis-Bartram.

The couple is planning a series of sponsorship and fundraising events to generate funding for the theater, in addition to developing donor relations with theater benefactors. Willis-Bartram said plaques for donors will be displayed in the theater lobby after all remodeling is completed.

“We need piping to add theater lighting to the stage area and curtains to drown out the echoes of the room, which will create better sound acoustics,” she said.

By April, Changing Faces Theater will hold auditions for its summer production of “A Midsummer Night’s Dream,” a play by William Shakespeare.

To learn more about the Changing Faces Theater Company visit its website at changingfacestheater.org.