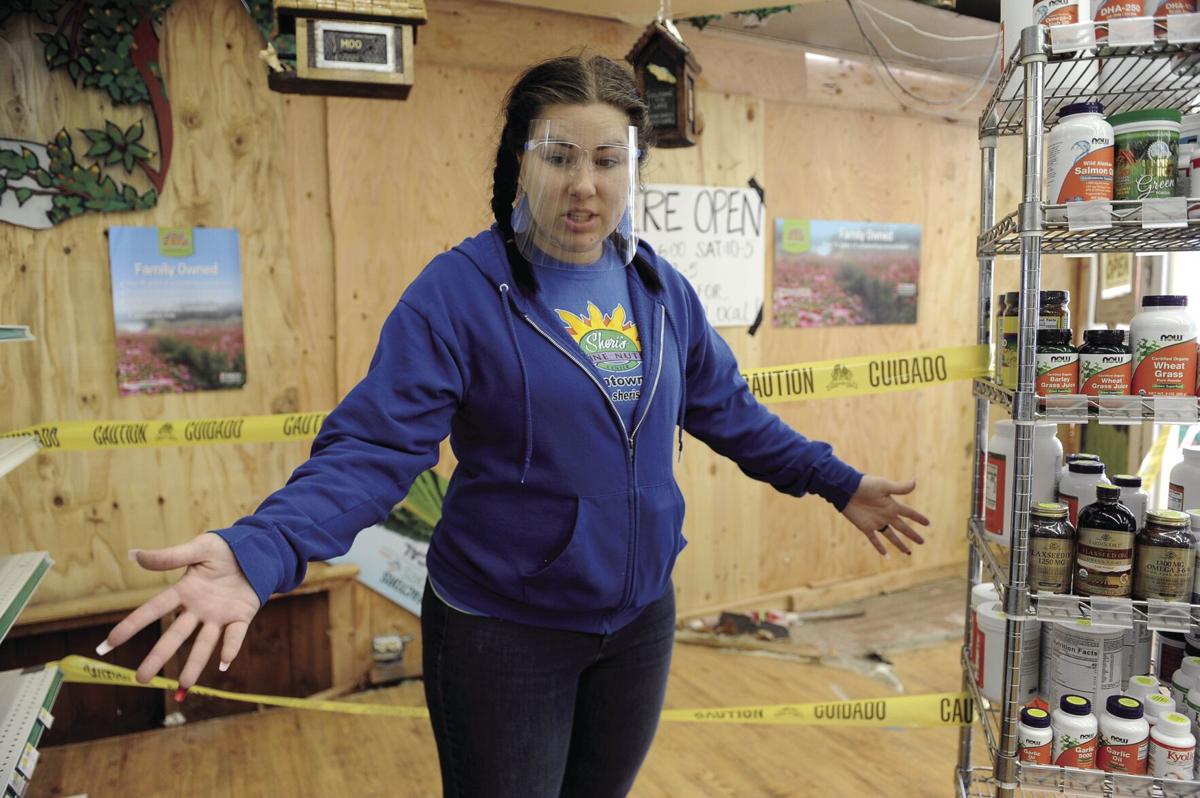 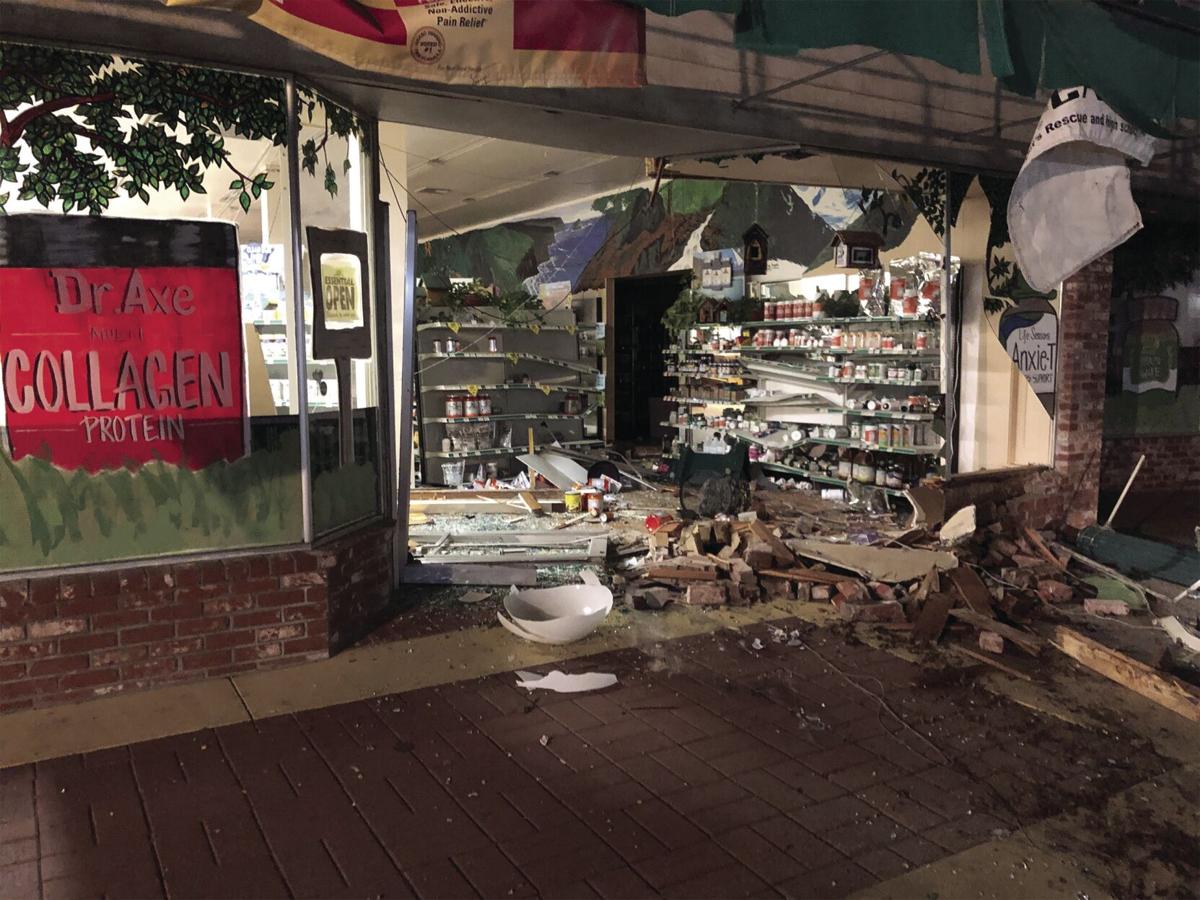 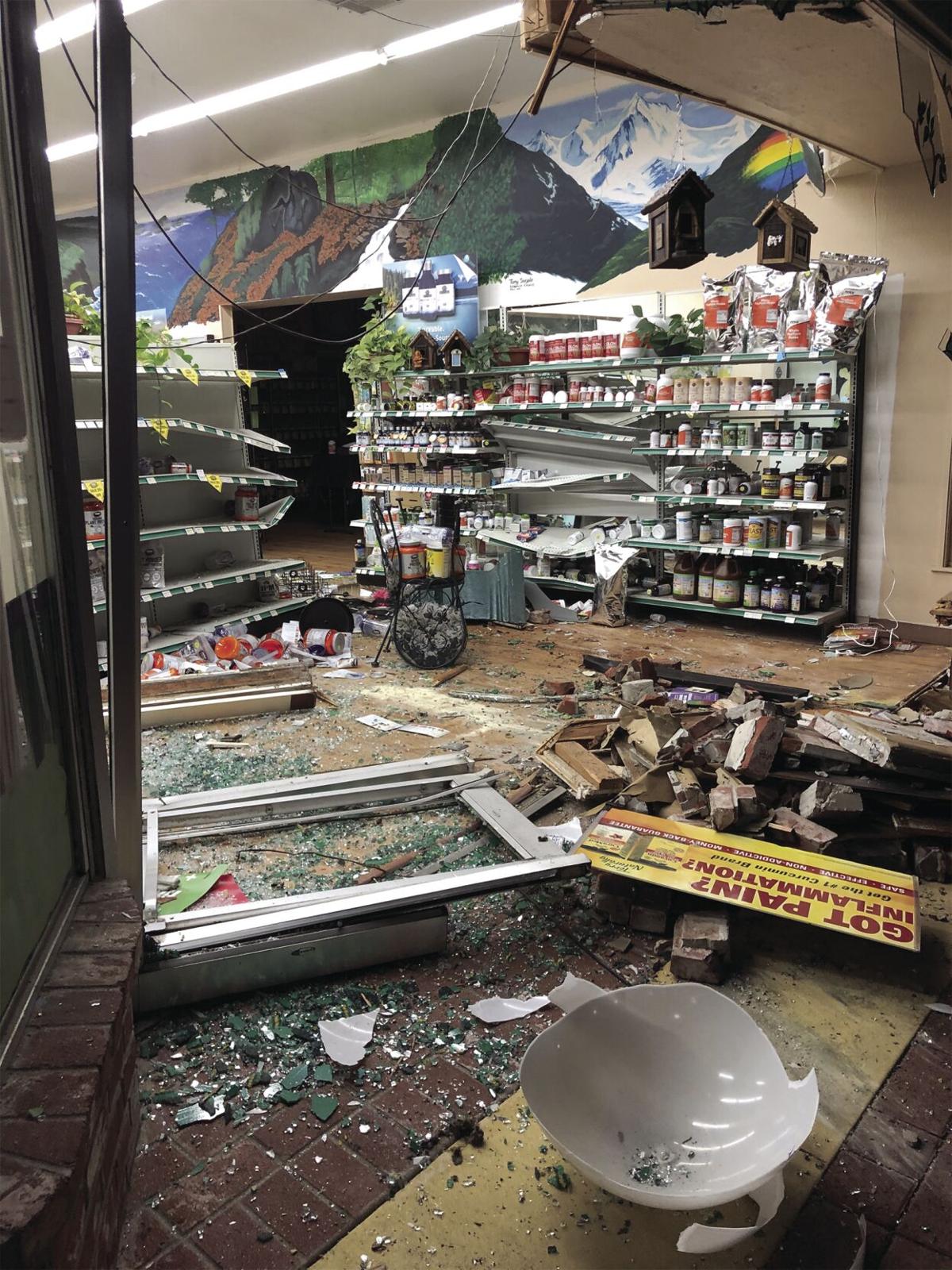 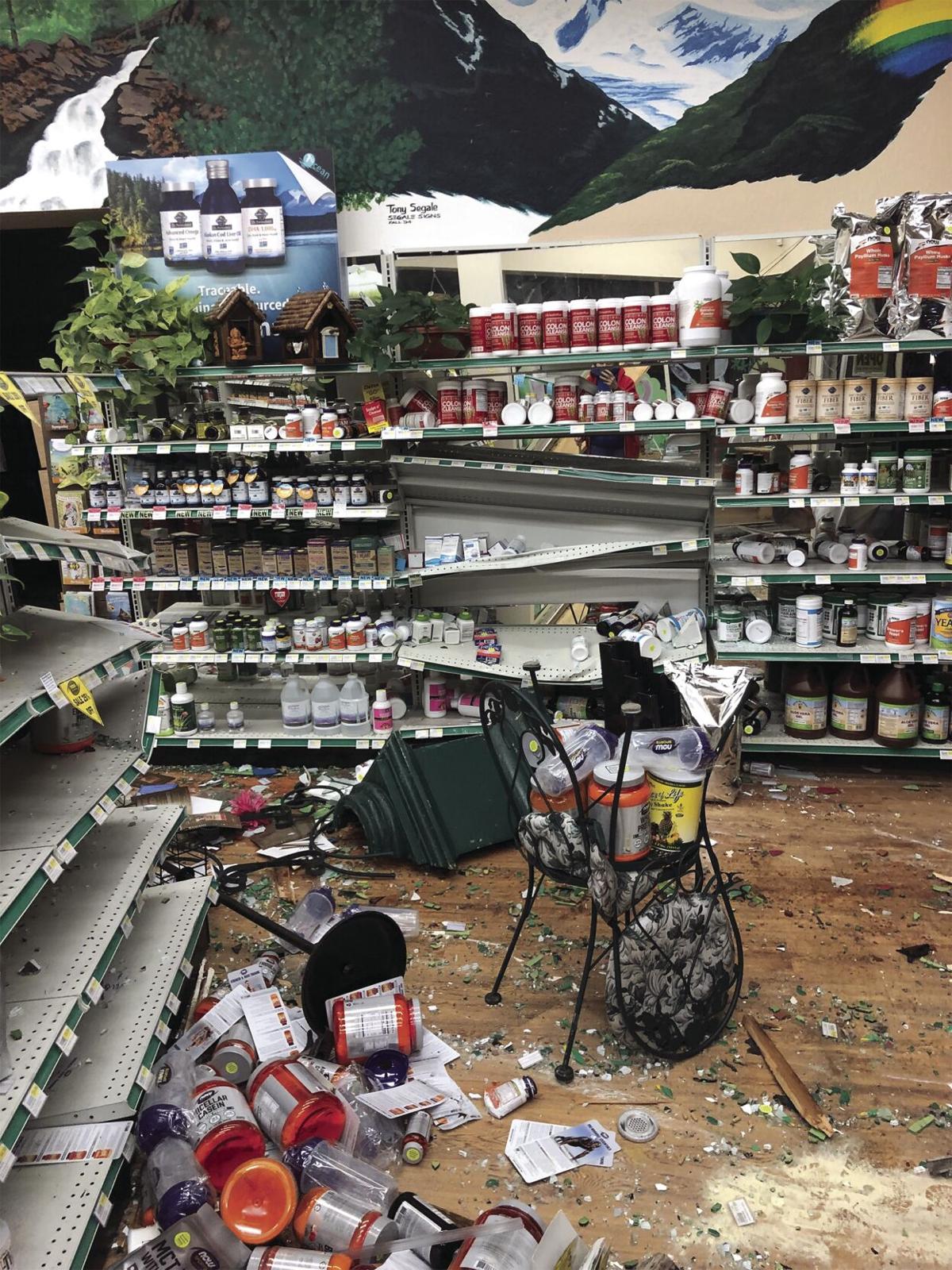 Employees rushing to Sheri’s Sonshine Nutrition Center just after midnight on Wednesday were shocked to see a gaping hole in the south side of the building. An alarm company had alerted them about a triggered door and broken glass at the business, but the damage they encountered was far worse than they expected.

“There was the store, just in shambles,” manager Danielle Marsh said of the business, which has been a Downtown Lodi mainstay since the mid-1980s. “Tons of broken glass, bottles shattered, everything was everywhere. There was a whole shelf that was sideways. There was one of the traffic poles that was in our store.”

Officers responded to the area of Pine and School streets following the report that a vehicle had driven into a building just before midnight on Tuesday, according to Lodi Police Lt. Eric Versteeg. Officers were then notified that the vehicle was leaving the scene, Versteeg said.

Officers checked the area and located 32-year-old Jeremy Dickinson of Live Oak, and he matched the description of the driver and the vehicle, Versteeg said.

Dickinson allegedly got into an argument with several men at School and Pine streets late Tuesday night before getting into his vehicle and intentionally driving towards the group, Versteeg said.

Nobody was struck, but the vehicle was unable to come to a stop before colliding into the building.

Police didn’t locate any victims and nobody was injured, but Dickinson was arrested for assault with a deadly weapon, driving under the influence, and hit-and-run.

Once on the scene, Marsh and other Sheri’s employees started shoveling all the glass.

“We were finding broken glass all across the store. Everything went everywhere,” Marsh said. “There were broken bottles, and over here was a lot of our aloes and cod liver oils, and they were completely busted. So it was just hours of cleanup and picking up glass.”

A crew of about six people cleaned up until 4 a.m., Marsh said, and the store was boarded up. At 9 a.m. on Wednesday, Sheri’s opened to customers as usual.

The outpouring of support from the community has been overwhelming, Marsh said, noting that people even came from Stockton to help clean up the mess.

“Lodi has really showed up and helped us with that and supported us,” she said.

The workers are grateful the incident occurred after hours, so no one’s safety was at risk. The table where employees normally sit during their lunch break is right next to where the vehicle struck the store, Marsh said.

Despite all the destruction, Marsh is taking a resilient stance.

“Nothing will break us, we will rebuild and be better. 2021 will look up from here!” she said.