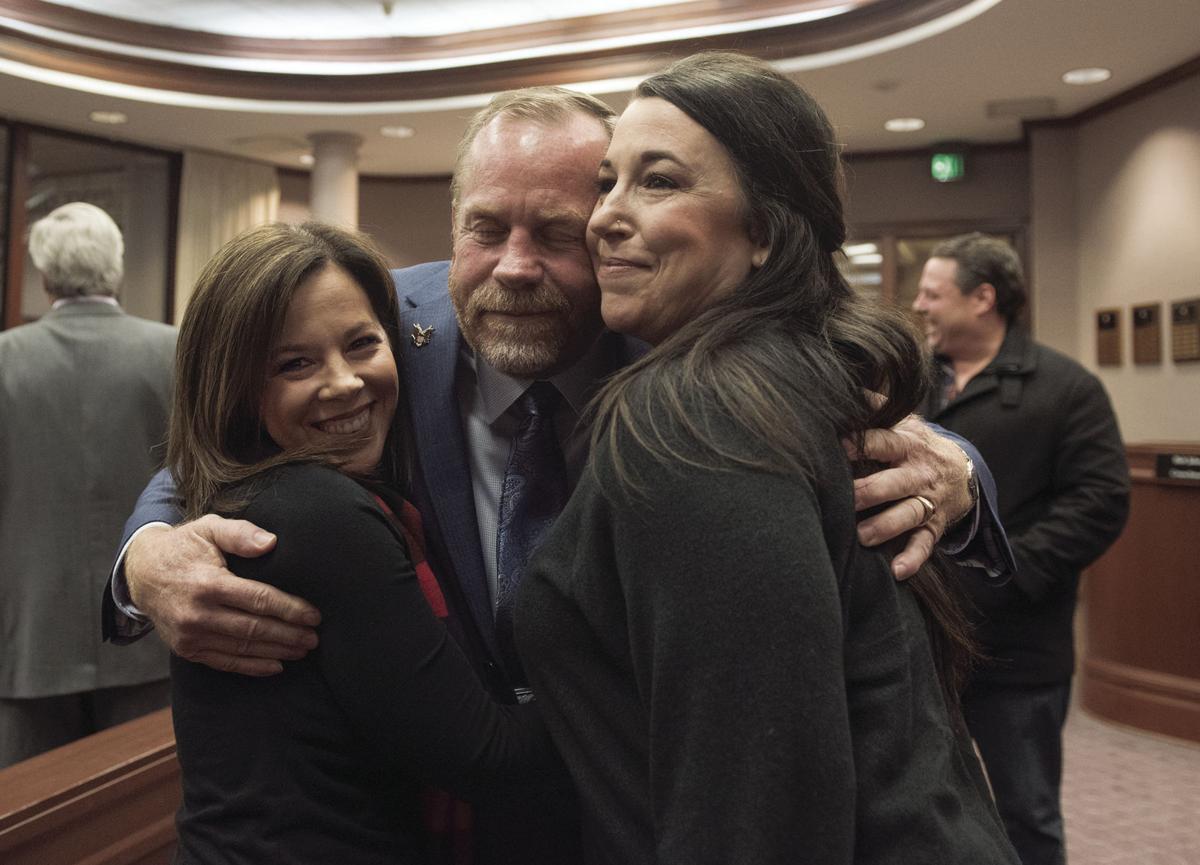 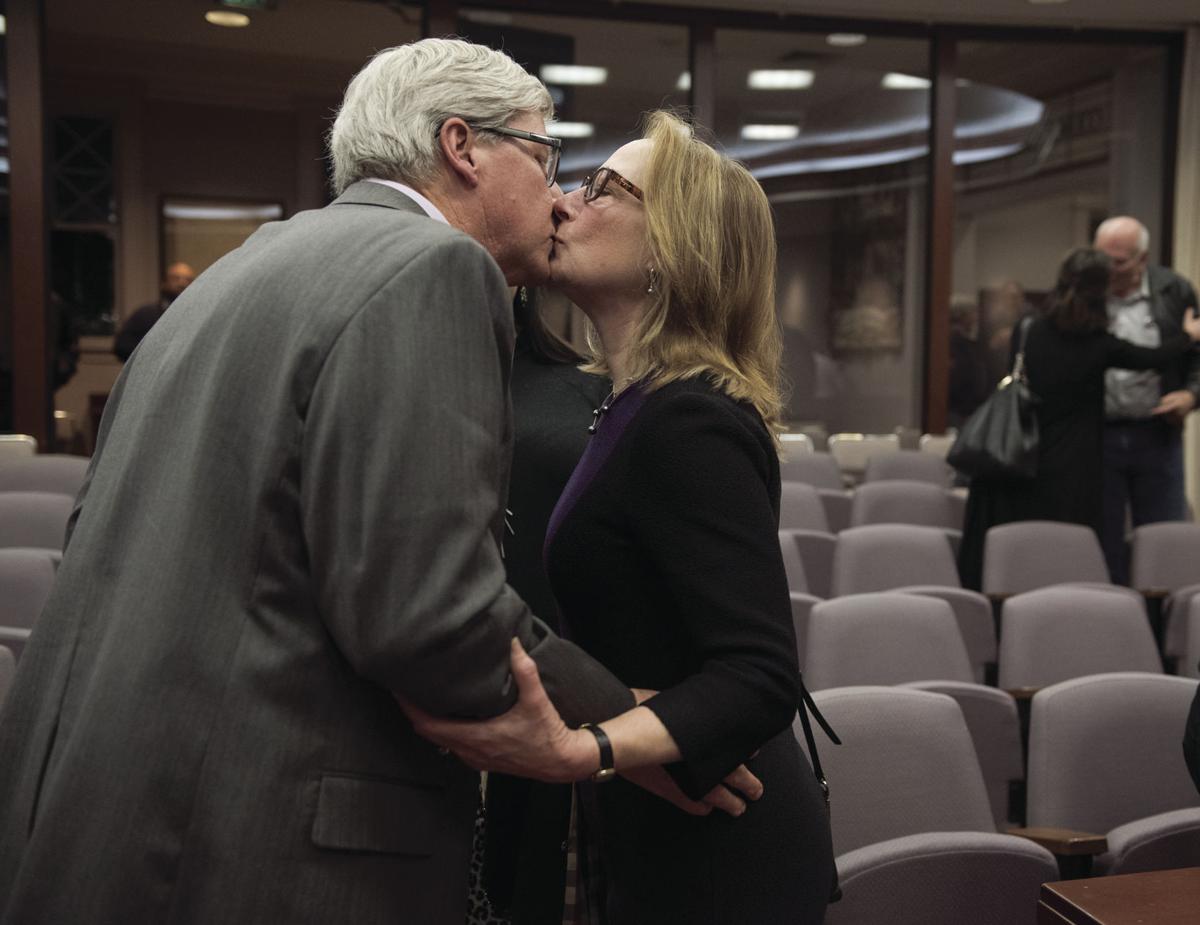 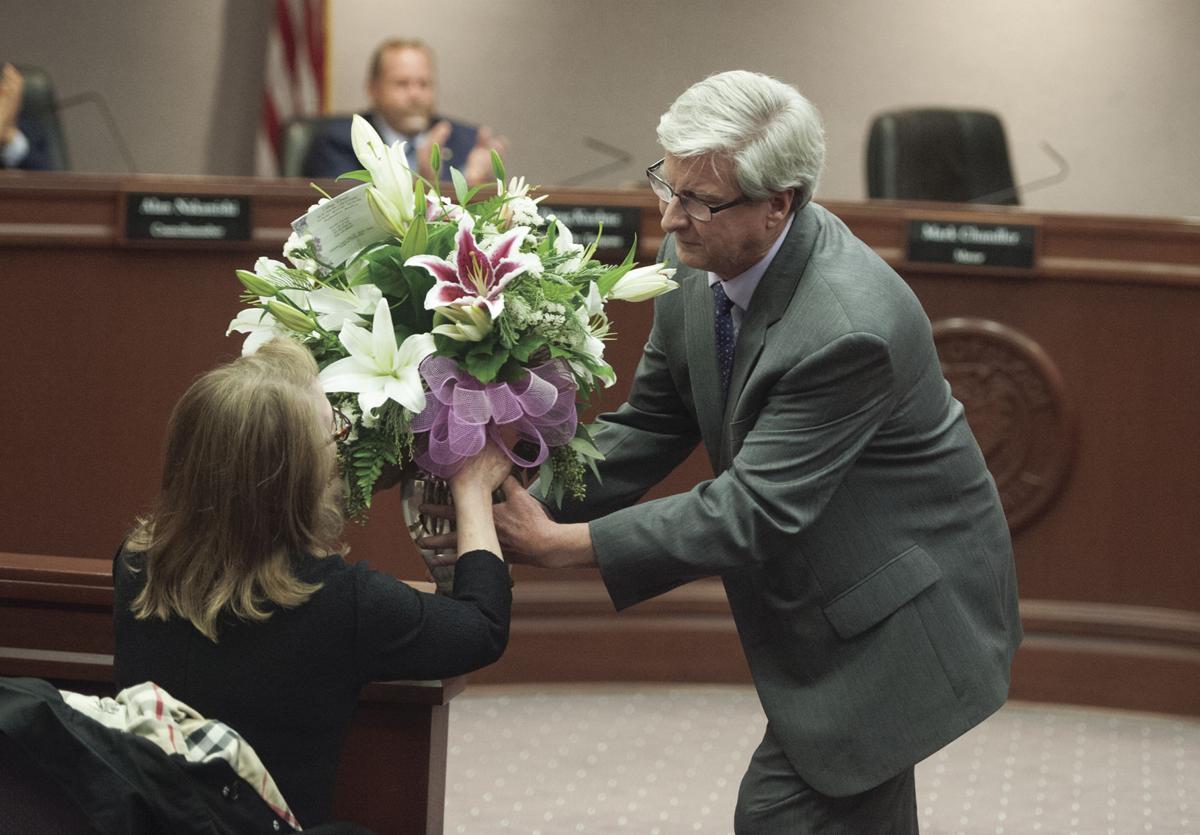 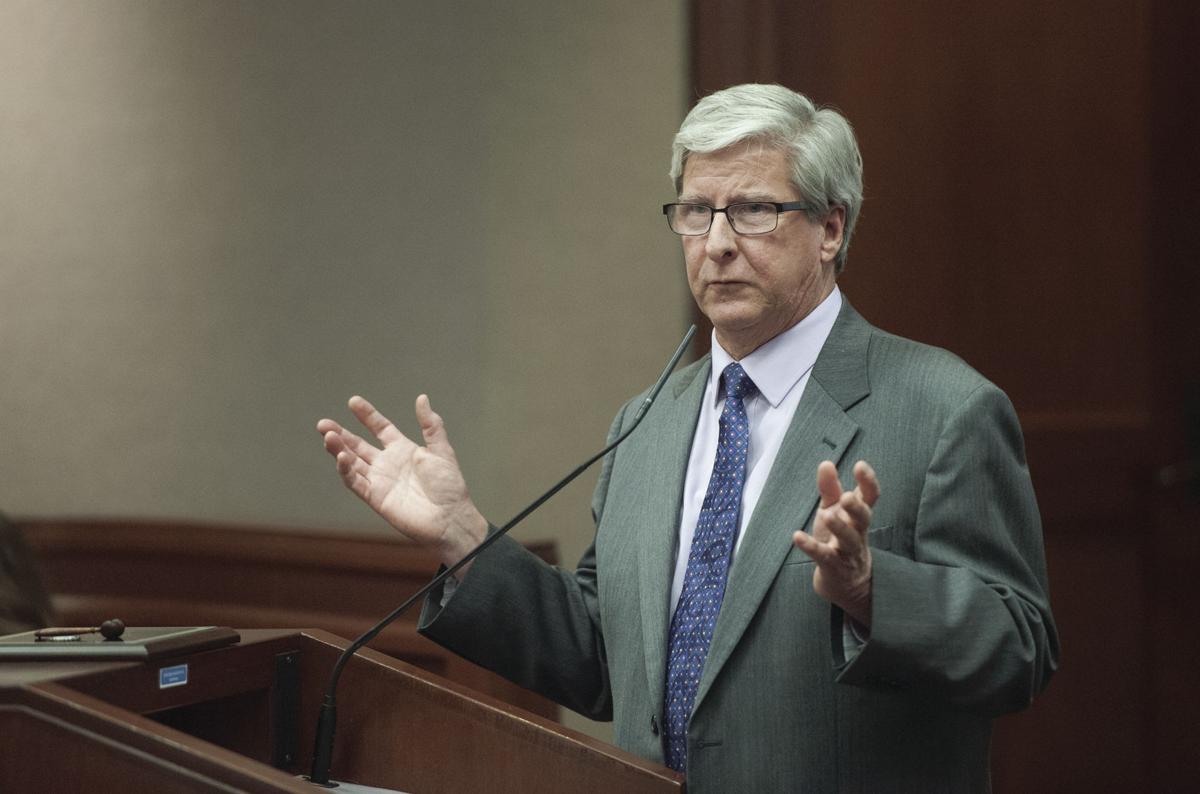 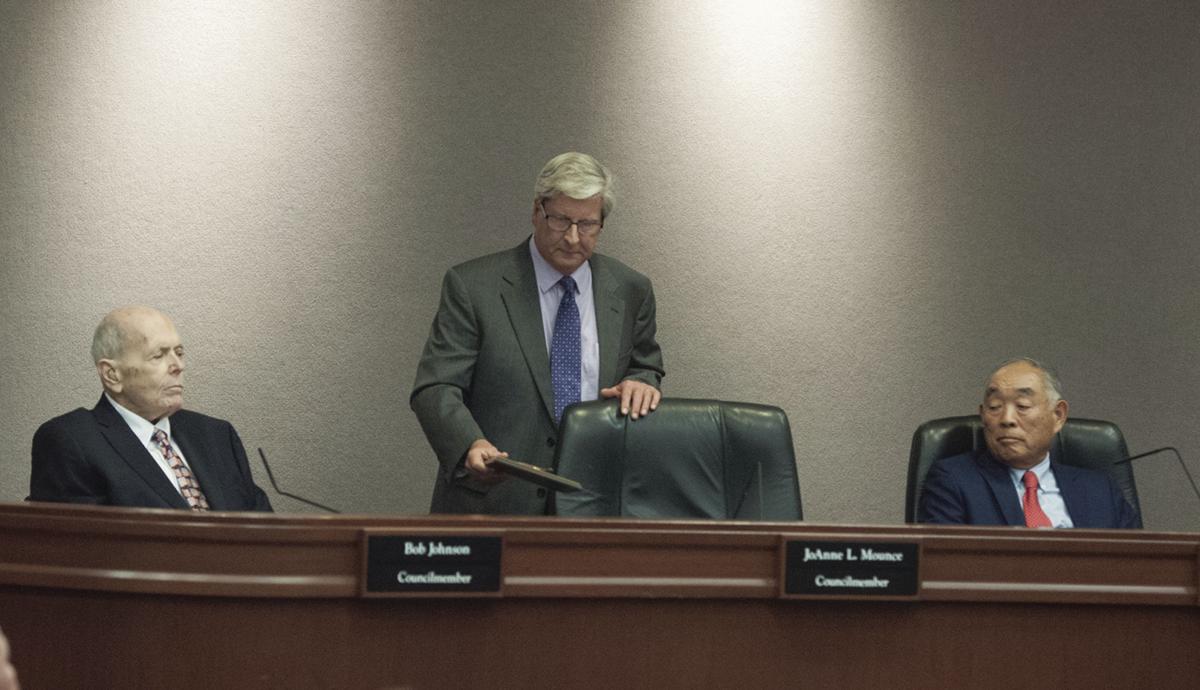 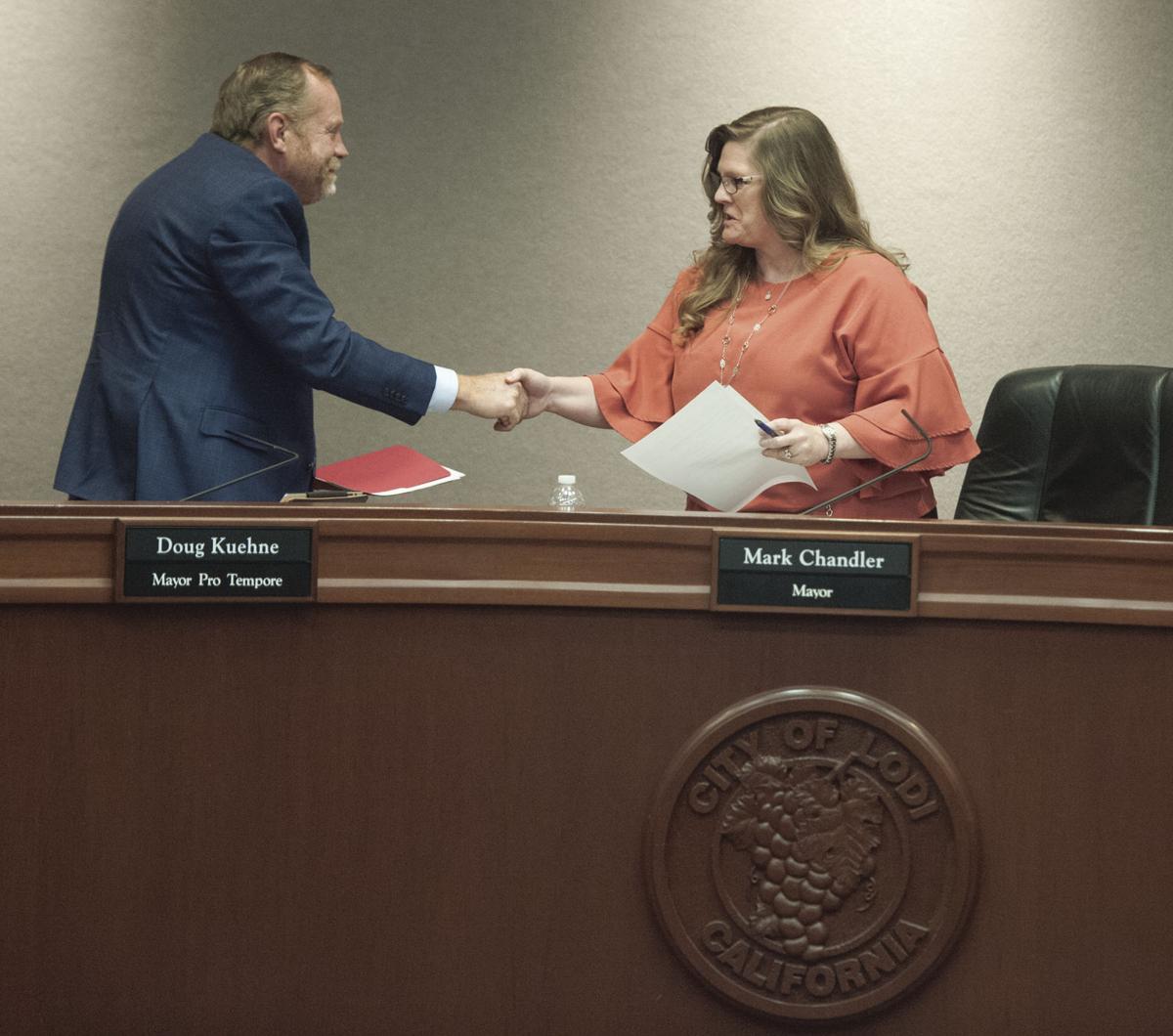 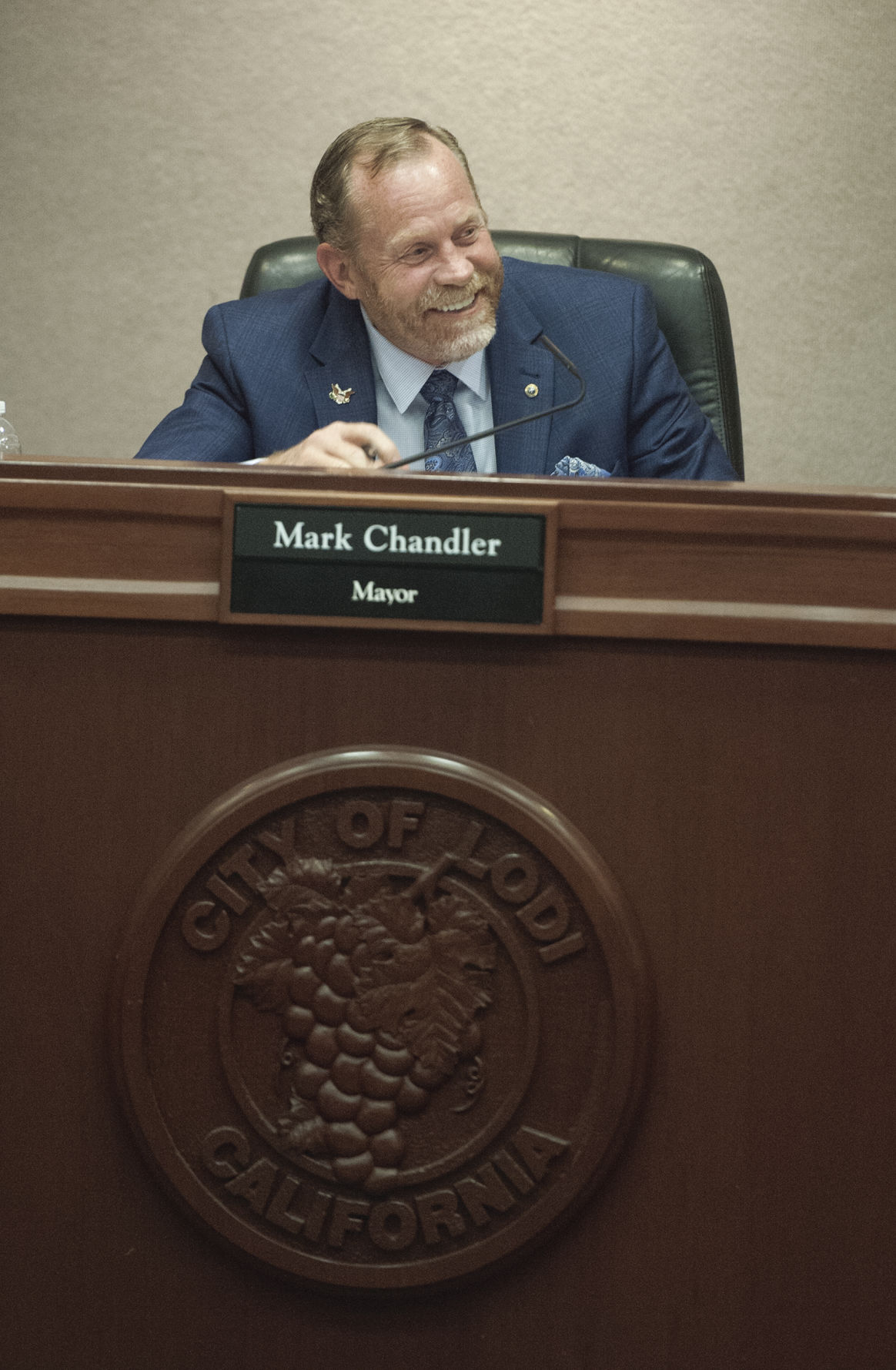 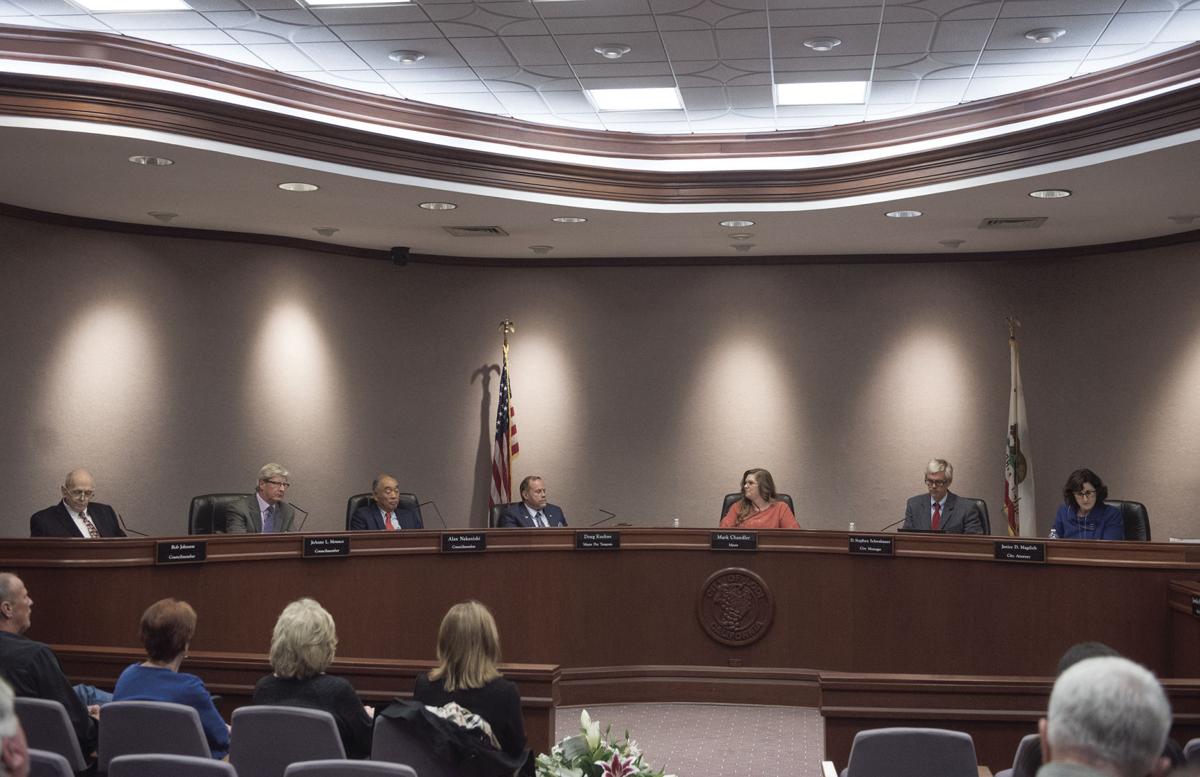 City Clerk Jennifer M. Ferraiolo leads the proceedings during the vote for a new mayor during the Lodi city council meeting in Lodi Wednesday, Dec. 4, 2019. 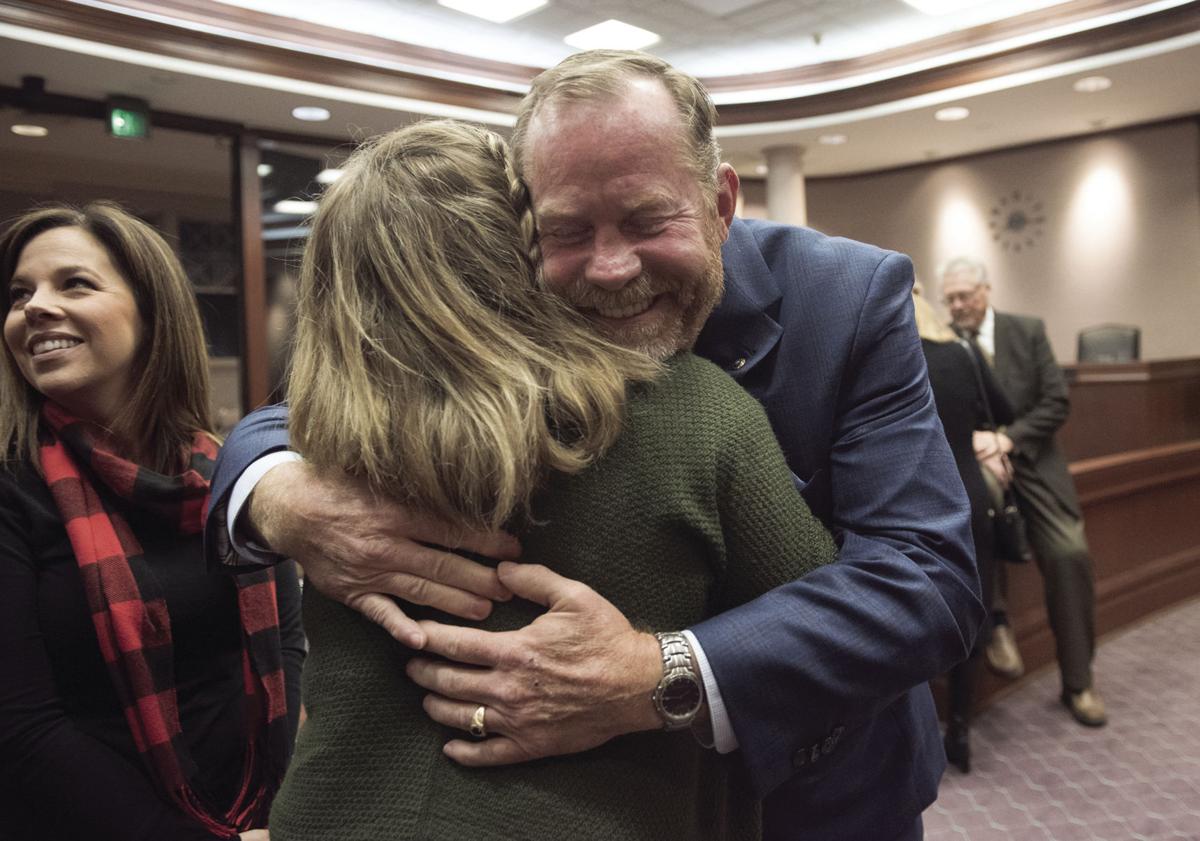 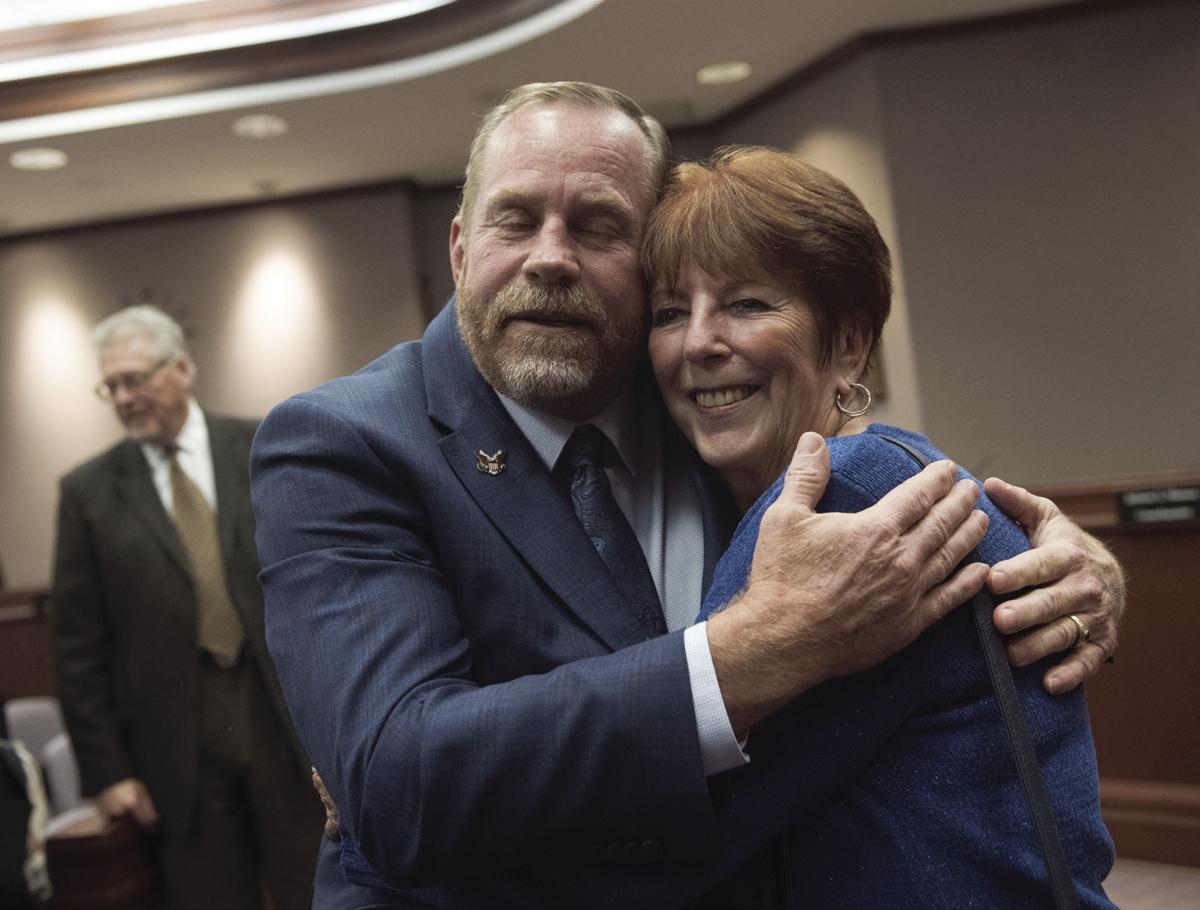 City Clerk Jennifer M. Ferraiolo leads the proceedings during the vote for a new mayor during the Lodi city council meeting in Lodi Wednesday, Dec. 4, 2019.

Kuehne was nominated by outgoing Mayor Mark Chandler and received unwavering support by his fellow council members, who voted unanimously in support of his nomination.

The role of mayor pro tempore went to Councilman Alan Nakanishi, who was nominated by Councilman Bob Johnson.

Lodi City Manager Steve Schwabauer presented outgoing mayor Mark Chandler with a plaque and thanked him for his devotion to the city.

“In many cities, the mayorship comes with higher pay and greater power and comes with greater prestige. In Lodi, it does not come with more money or more power but it does carry the responsibility of grand openings, community and countywide meetings and the duties of a regular council member,” Schwabauer said.

Chandler thanked his fellow council members and city staff for their support. He highlighted the focused strides the city has made during his term as mayor, which included turning Lodi into a tourist destination.

Chandler took a moment to thank his wife, Jan Burlington Chandler, for her continued support and presented her with a bouquet of flowers.

“It has truly been my honor to serve as mayor. There are a lot of people I want to thank especially my wife, Jan, who has been there every day and night through some of the anguish and frustration I have dealt with, and for patience and understanding for my absences to fulfill my mayoral obligations, thank you,” Chandler said.

Chandler also recognized the persistence and devotion of city staff and thanked them for making Lodi a great place to live.

He concluded his speech by highlighting several projects happening on the thoroughfare, including the development of the addition of Doors Plus, Papapavlo’s and the Kingpin Bowling Alley, complemented by Estate Crush.

Before the conclusion of the meeting, Kuehne introduced five areas of interest he will focus on during his term as mayor, which include tackling the homeless crisis and creating an emergency shelter during the winter months and helping families at risk of becoming homeless.

Kuehne would also like to continue expansion and business opportunities through Lodi’s downtown.

“We have a lot of momentum happening (in downtown) and I think we can encourage more growth on Sacramento Street and I would like to lay the foundation of moving towards Main Street,” Kuehne said.

He is also determined to carry on with Chandler’s vision of making Lodi a tourist destination and bringing a steady stream of revenue to the town.

He also said he would like to maintain the city’s charm and safety and he is looking to work with developers to create more affordable housing in town. According to Schwabauer, the city is working to receive grants that can facilitate that endeavor.

He added that he would like to work with the Lodi Chamber of Commerce to bring higher-paying jobs to the area, and is willing to work with any college or university, interested in creating a presence in Lodi.