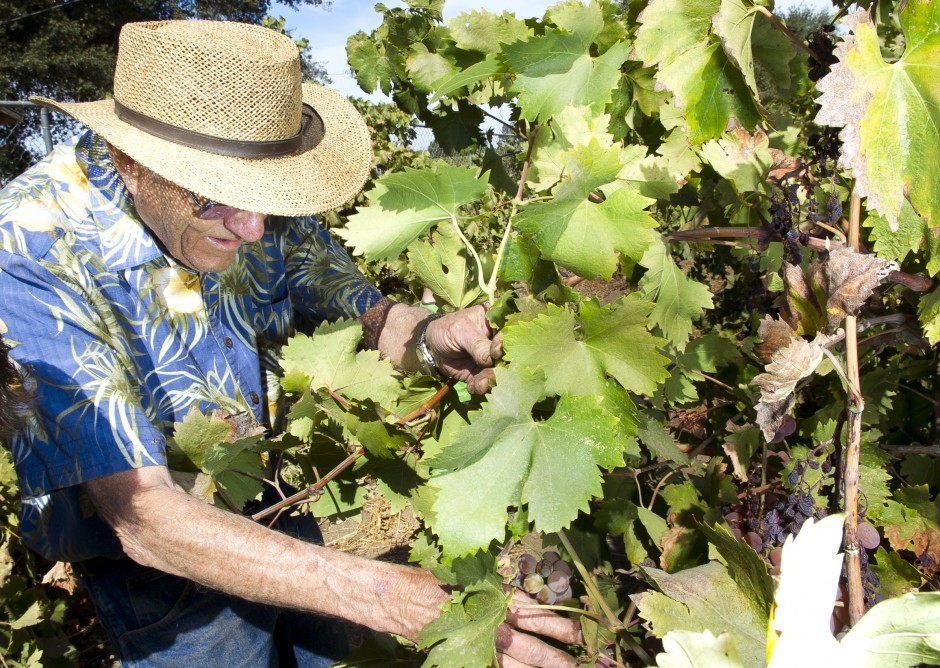 Victor Goehring searches for a fresh bunch of Flame Tokay grapes in his small vineyard on East Victor Road. 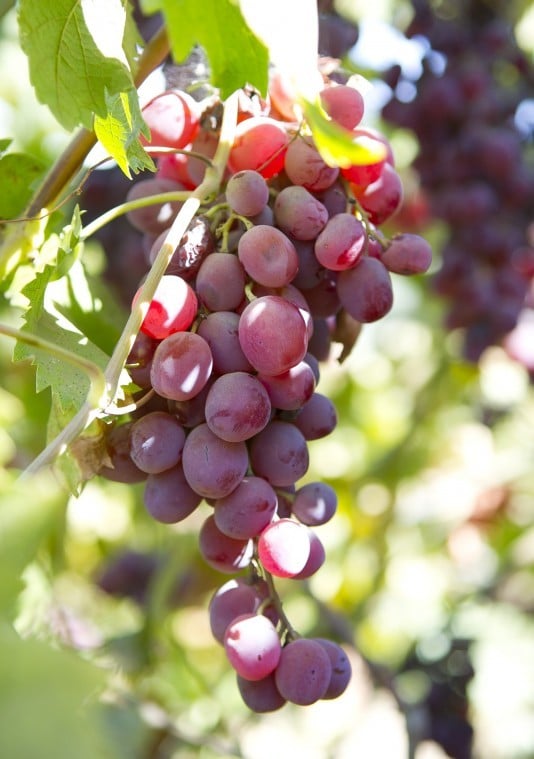 A bunch of Flame Tokay grapes ripens in a small vineyard on East Victor Road. Between the 1930s and 1980s the Flame Tokay grape was popular, but since the emergence of seedless grapes, demand for Flame Tokays diminished.
1 of 2

Victor Goehring searches for a fresh bunch of Flame Tokay grapes in his small vineyard on East Victor Road.

A bunch of Flame Tokay grapes ripens in a small vineyard on East Victor Road. Between the 1930s and 1980s the Flame Tokay grape was popular, but since the emergence of seedless grapes, demand for Flame Tokays diminished.

The reddish-yellow orbs were once a cash crop for Lodi, but now are nearly forgotten. The Flame Tokay grape is a seeded table grape that features a crisp skin and full, fruity flavor. It was widely popular in vineyards around town in the early 1900s, but as consumers’ tastes for seedless grapes grew, the Flame Tokay’s demand basically fell off a cliff. The crop is so obscure now that San Joaquin County’s Agricultural Commissioner’s office doesn’t even track how many acres of the crop are grown.

“There are a few (Flame) Tokays around town, but we have next to no information about them,” said Gary Stockel, assistant agricultural commissioner for the county.

Although the grapes can’t be bought at any grocery store, they can occasionally be found at local curbside fruit stands from August to December as a scattered collection of growers still tend to the vines of the nearly forgotten produce.

“I’ll never pull the vines out, not as long as I own the property,” said Karen Chandler, of Cecchetti Olive Oil Inc. There are a few acres of the grapes near the olive vineyard, and they are sometimes sold by the property on Sargent Road, she said. “It’s hard to let that go, no matter if we could put another crop in there and make a ton of money; it’s not worth it.”

Some of the grapes have even been donated to Lodi High School’s Future Farmers of America group for the Grape Festival, Chandler said.

For decades, the Flame Tokay grape was critical to Lodi’s agricultural industry, said amateur Lodi historian Ralph Lea. The hot days and cool evening breezes were perfect for the grapes developing their deep flavors and rich colors, he said.

“They didn’t color as nice in Sacramento or

Ultimately, the table grape industry developed red seedless grapes. Unfortunately for Lodi, the production of red seedless grapes thrived in Southern California. The grapes are still used on a smaller scale in brandy and sparkling wine, but they don’t command the premium prices they once did, Lea said. As a result, growers started cultivating winegrapes, cherries or nuts.

“They are about gone,” he said.

Nave, Chandler and Lea all said the grape won’t fall back into favor among local growers any time soon — if ever

“The Tokay was replaced, and it’s unlikely to see a resurgence,” Nave said.

But that doesn’t mean local growers like Chandler won’t leave some of the vines growing for the foreseeable future. To Chandler, the grape represents part of Lodi’s past and should be honored.

“It’s all about that tradition, and I don’t want to let it die,” she said.

Quotes about the Flame Tokay grape

“I snuck into (George Cecchetti’s) field to grab some the other day while I was out there. They are my favorite type of table grape.”

“A lady from Boston came out here and she wanted these grapes, but it’s not feasible to ship them back.”

“I’ve been with the commission since 1987, and I’d go to industry events on the East Coast and have people ask me: ‘Where are the Tokays?’”

Flame Tokay grape at a glance