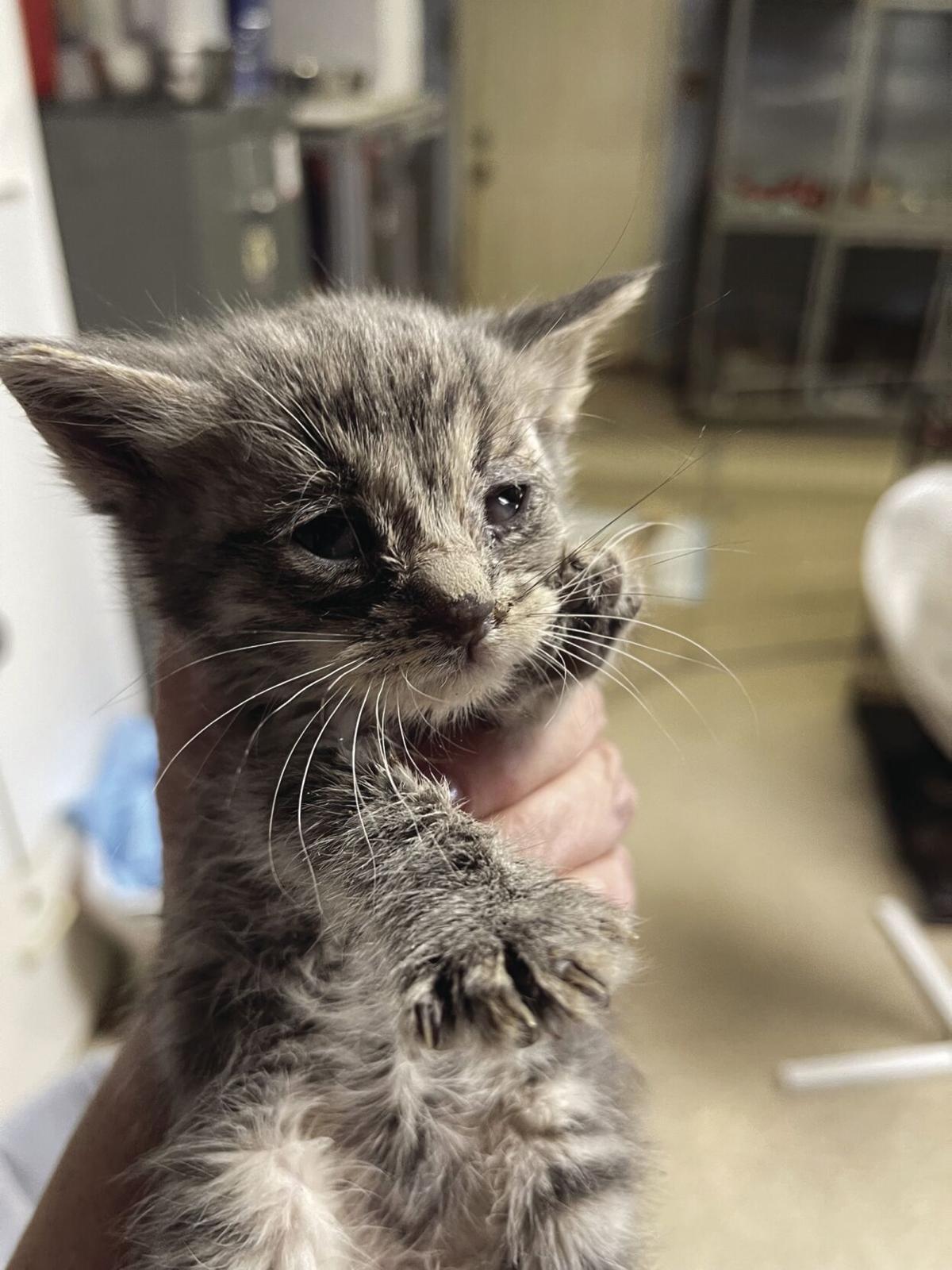 A litter of kittens recently dumped at Animal Friends Connection are suffering from upper respiratory infections. To find out how to help, call 209-365-0535 or visit www.animalfriendsconnect.org. 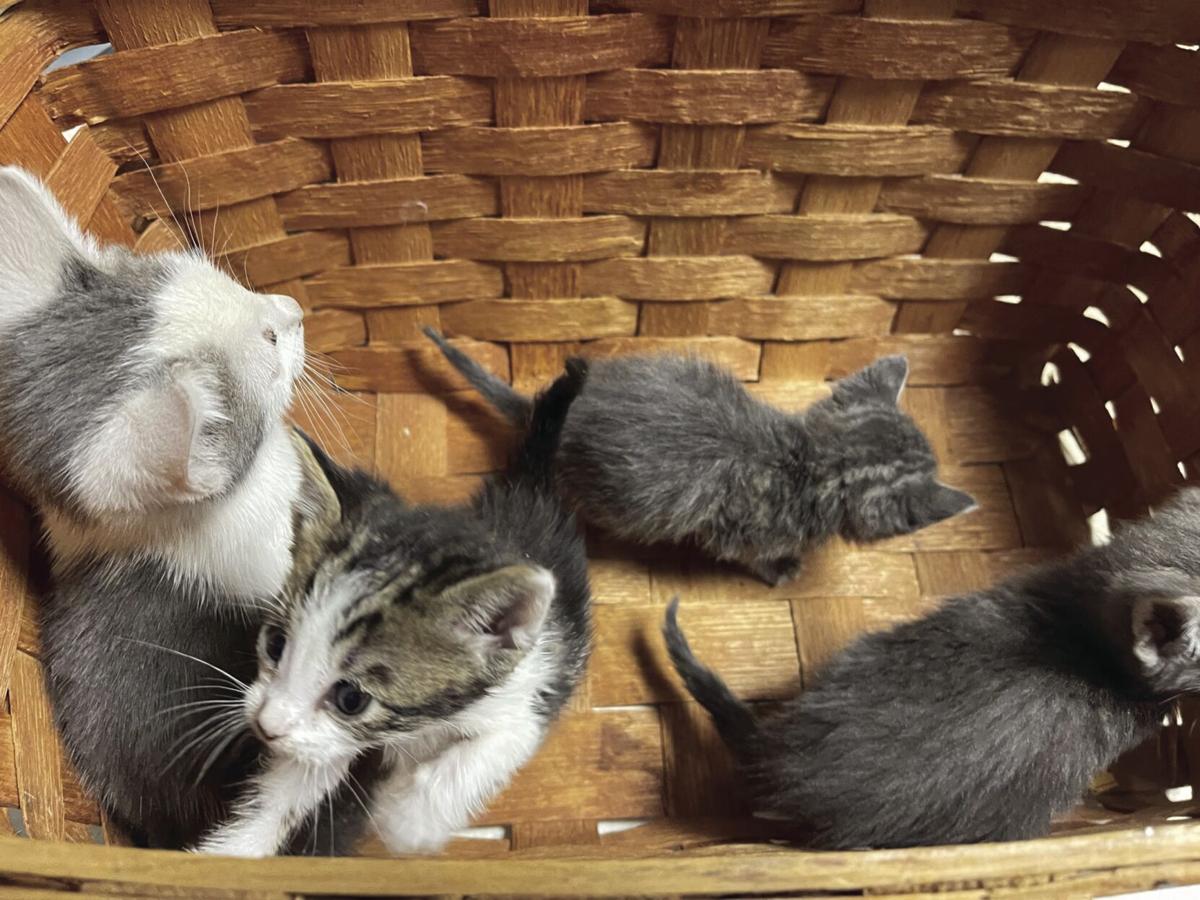 A picnic basket with a litter of kittens inside was recently dumped at Animal Friends Connection Humane Society in Lodi. The problem? The shelter has been overwhelmed by cats and kittens in recent weeks, and has no more space available.

A litter of kittens recently dumped at Animal Friends Connection are suffering from upper respiratory infections. To find out how to help, call 209-365-0535 or visit www.animalfriendsconnect.org.

A picnic basket with a litter of kittens inside was recently dumped at Animal Friends Connection Humane Society in Lodi. The problem? The shelter has been overwhelmed by cats and kittens in recent weeks, and has no more space available.

Employees at the Animal Friends Connection Humane Society estimate that more than 80 kittens have been left at their doorstep within the past year.

Over the course of nine days this past summer, 25 cats and kittens were left at the 933 S. Cherokee Lane location by unknown individuals.

“In January, I will have been here eight years, and this has to be the worst year for dumping kittens and cats,” intake coordinator Randi Smith said. “It’s just constant, and we’re literally bursting at the seams.”

Smith, as well as AFC founder Patricia Sherman, are pleading with the community to stop leaving unwanted cats and kittens at their doorstep.

Things reached a breaking point Tuesday, Smith said, when she took a small break and stepped outside to get some air.

It was about 4 p.m., and Smith said she saw something out of the corner of her eye as she walked into the organization’s driveway. Turning, she saw a large basked in the middle of the driveway, with the small head of a kitten popping up and down above the rim.

Four kittens were inside, all with upper respiratory infections. Staff was trying to find local veterinarians to treat the kittens, but there is no space on-site at the shelter to house them.

AFC has about six foster homes that house cats, but all of them are also at capacity.

Many times, those who leave the kittens are being advised to do so by other shelters that are also at capacity, Smith said.

Officer Jennifer Bender with Lodi Animal Services said the city shelter at 1345 West Kettleman Lane is also filled to capacity with regard to kittens and cats.

The shelter has 15 cages where staff can hold as many as 15 animals. While they are able to adopt out about five cats a week, Bender said, empty slots seem to be refilled almost immediately.

“Right now is what we typically call ‘cat season,’” she said. “It can happen all year, but spring and fall are the peak times of the year when cats are born and placed at shelters or put up for adoption.”

When the shelter is at capacity, staff provides resources to individuals looking for shelters in the region, Bender said. People are told to research online and make phone calls to other shelters to see if those organizations have space for animals, she added.

One resource staff suggests is the Felines 209 Facebook group.

Two weeks ago, Smith said she actually caught someone trying to leave kittens at the front door before Animal Friends Connection had opened for the day.

“I was sitting in my car, and I saw this other car pull up and a woman got out. Then I see her get the cats out,” she said. “Someone told her that this was a safe place, and that she should come here before 6 a.m. and dump them. I was able to deter her from doing it.”

But later that day, Smith said, she and her coworkers found another litter at the building’s rear door, one that is rarely used. The only reason they found that litter was because the kittens inside were making a fuss at the door, she said.

The cat dumping has been so bad for the agency this year, a sign has been posted on the front door discouraging people from leaving animals. Unfortunately, Smith said, it has had little effect.

Smith has referred many who try to leave animals at AFC to www.nokillnetwork.org, a nationwide directory of “no kill” animal shelters.

“If people are willing to drive a couple hours or make hundreds of phone calls, you can get rid of (the cats),” she said. “You can’t call just two places and hope for the best. If you really care about these animals but can’t take care of them, you need to put in the time and effort to leave them somewhere they will be cared for properly.”

The directory lists several other “no kill” shelters in the region, including Hoofs, Paws and Claws Haven in Lodi; A-PAL Humane Society in Jackson; Animal Rescue of Tracy; ASTRO Foundation in Turlock; Friends of Turlock Animal Shelter; Delta Humane Society and SPCA in Stockton; and Happy Tails Pet Sanctuary in Sacramento.

Rescue Express, a Southern California-based transport service for relocating cats and dogs, has been helping people find homes for unwanted animals since 2015.

The organization transports animals from Central and Southern California to rescue groups in the Pacific Northwest, Houston and Canada. For more information, visit www.rescueexpress.org.