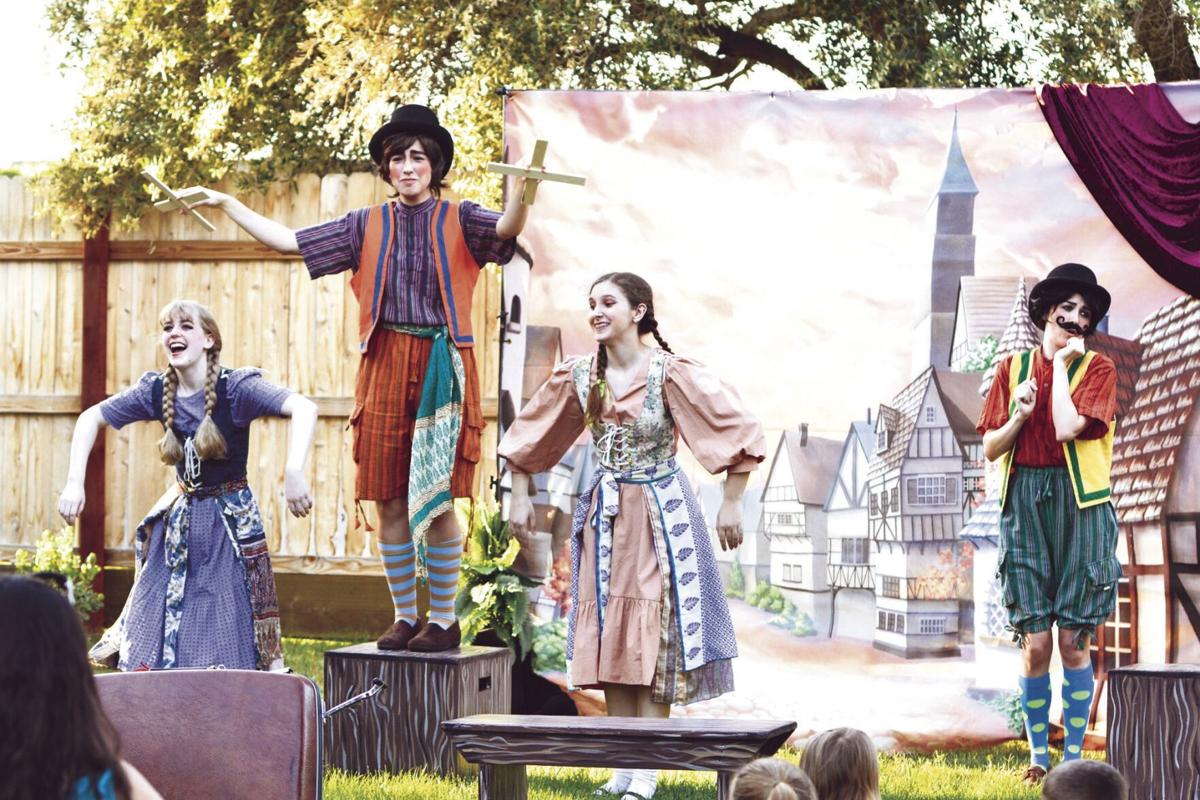 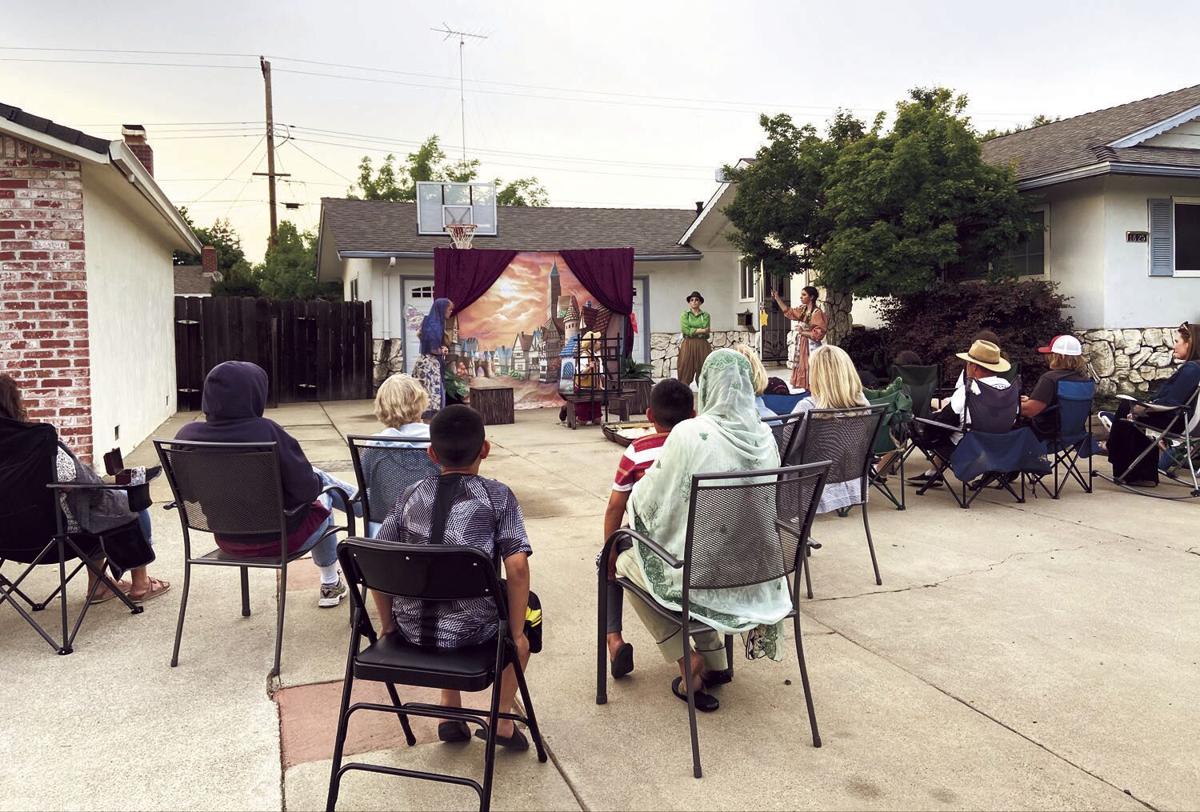 In early 2020, the Changing Faces Theater Co. was prepared to open in a permanent location at 720 W. Lodi Ave., signing a lease and spending about $1,000 on transforming its new home into a Black Box Theater for performances.

But the COVID-19 pandemic took hold in March, and the California Department of Public Health ordered all indoor gatherings, including artistic performances, to cease operations.

It was a blow to Changing Faces Theater and founder Mike Bartram, who had to come up with a way to both earning funding for the company and continue providing entertaining performances for the community.

The result was the “pop-up play,” in which some of Bartram’s actors and actresses performed 45-minute productions in local front yards.

“They’ve been really fun to do,” Bartram said. “And we’ve had very appreciative audiences who were just looking for something to do when they weren’t allowed to go a lot of places. This has been a great way to keep the theater going and provide the community with something fun.”

The company’s next pop-up play, starting July 2, will be “Shakespeare To Go!,” featuring scenes from three of the Bard’s plays.

Bartram said he was inspired by a Florida woman performing multiple Shakespeare scenes in one full-length production for her town, and he and his wife thought they could create a similar, but shorter show.

“My wife and I are both big fans of Shakespeare and we wanted at least one of the pop-ups to be something of his,” he said.

“We’ll only have three scenes, not one big show, and it will give people just a little taste of Shakespeare.”

Four Changing Faces actresses will perform scenes from “A Midsummer Night's Dream,” “The Taming of the Shrew,” and “Twelfth Night,” in a fun and silly fast-paced performance that includes quick costume changes and slips into new characters.

The production runs through Aug. 8, and then the company will present “The Legend of Sleepy Hollow” in September and October.

Bartram said he hopes to have the Black Box Theater on Lodi Avenue open sometime in the fall and present “In Lieu of Flowers, Send Wine,” written by Lodi native Jacob Inman.

The play will be a murder mystery in the style of the 2019 comedy crime feature “Knives Out,” Bartram said.

“He wrote it specifically for us,” Bartram said. “It’s set in the wine industry, and it’s about a family fighting over an inheritance left by a prominent winemaker. It will be more for adults this time. We typically do family-friendly productions, but I get a lot of calls from people asking if we’re going to do something more adult. So we’re excited to present this one.”

Bartram said bookings for Pop-Up Plays fill quickly, and anyone who would like to see one should contact him as soon as possible at mbar

tram.cftc@comcast.net. Shows can be booked with a $150 donation to Changing Faces.

When contacting Bartram, provide an address, and choose three dates and times.